There is no way to “do” India, any more than you can decide you want to see the world.

All you can do is make a start, then as you realise just how much there actually is to see and do and know (and taste and smell and feel), slowly expand your horizons on a series of trips over the course of a lifetime.

As long as India remains an item on a bucket list, a chunk of pixels on Google Maps, it can seem a country like any other. If you’re counting countries you’ve visited, aiming for the Century Club, perhaps, it doesn’t count for any more than Slovakia or St. Kitts. 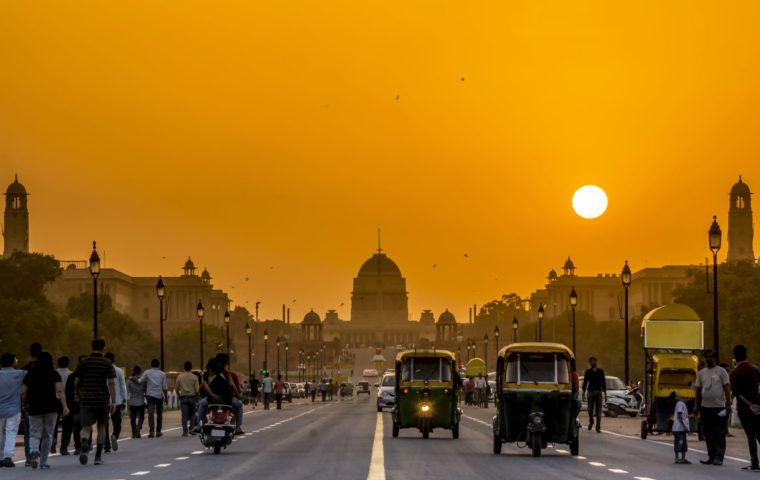 Sunset over the Parliament Building in Delhi

But land at your first Indian airport, and take the drive to your hotel, past people in densities you may have seen before in Tokyo or Hong Kong, but moving differently, with more stopping and looking and talking and less pushing and shoving and texting. Have a formal English breakfast at, say, an Oberoi hotel.

Then have some dal and chai on the street for lunch as you join that meandering throng, bouncing off each other in every possible trajectory.

At the end of the day, sit down to a supper that, no matter what city you’ve chosen, will radically expand your notion of what “Indian food” is before exploding it altogether, leaving you with the permanent certainty that any such loose reference is the rough equivalent of describing something as “European food” or “Asian food.”

Then move from one city to the next – say, Jodhpur to Jaipur – and you’ll see that, even staying in the same state, worlds upon worlds opening up as the kilometres roll by. 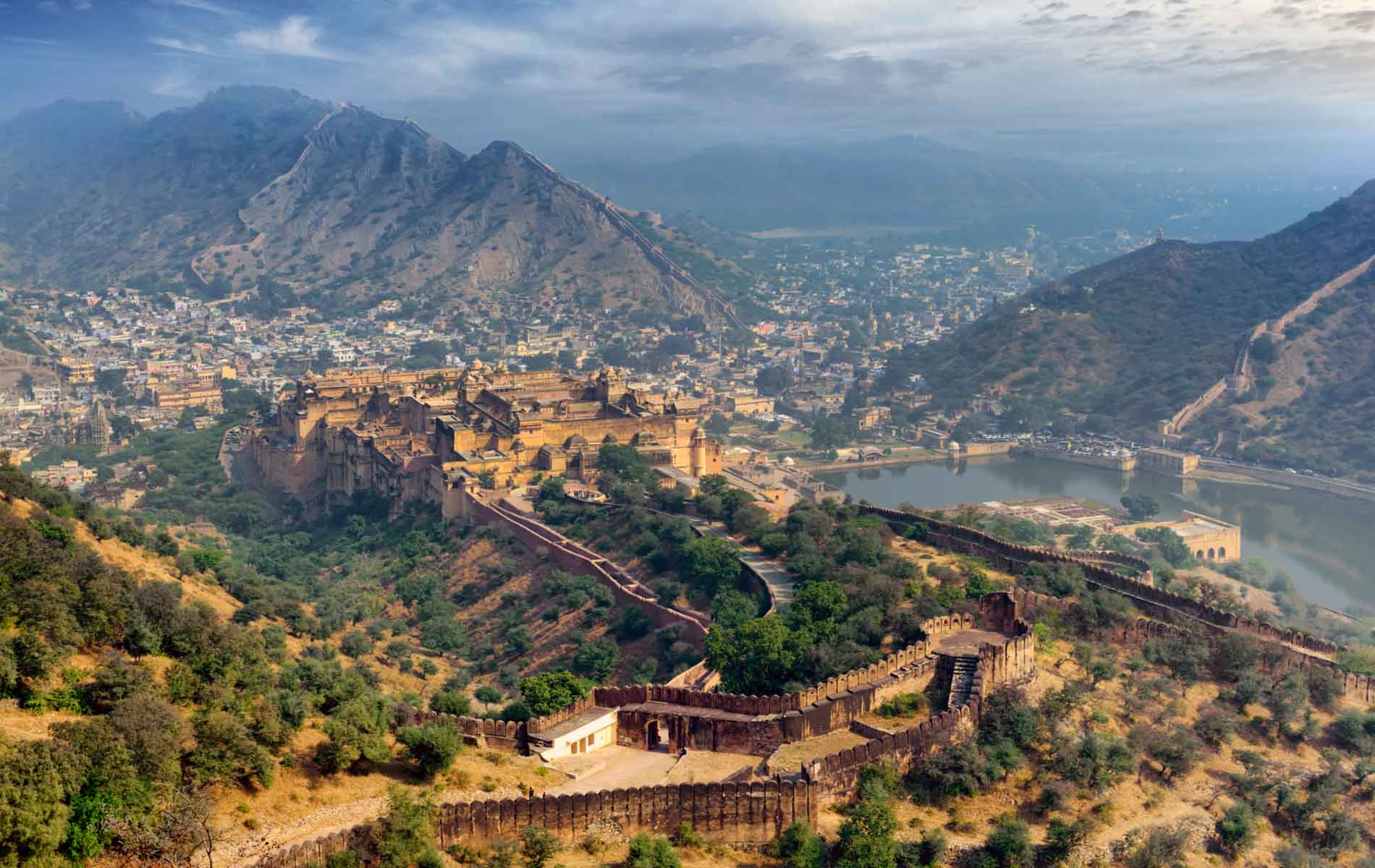 An aerial view of the Amber Fort, Jaipur

Delhi, new and old, is as good a place to start as any. It’s a capital region, much like Ottawa-Hull, and like Washington DC, it borders a couple of states (Uttar Pradesh and Haryana), but it’s really a world of its own.

Old Delhi is a 17th-century, Mughal-era walled city originally named Shahjahanabad, for the Mughal shah Jahan who chose it as the new capital after deciding Agra was too hot.

But it had been a capital of one sort of another for 600 years already by that point, through several dynasties and sultanates, and now stands as evidence of how cities were organised before colonisation.

New Delhi only emerged after the 1857 fall of the Mughals to the British, in the early 20th century when architect Edward Lutyens was brought into render India as part of the British empire in brick and stone. 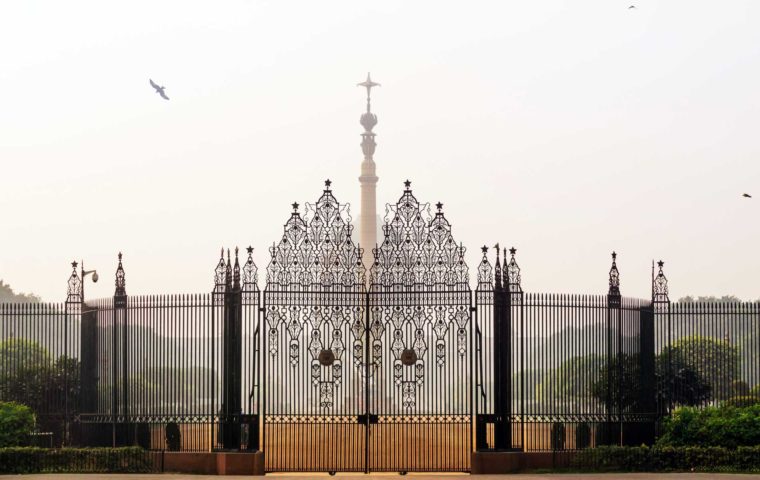 The part of the now sprawling city of almost 20 million that was designed by Lutyens and his team is now known as Lutyens’ Delhi.

He was told to preserve one third of the city as green space, with gardens and other greenery still very much in evidence in this section of town, punctuated with showpieces like the old Viceroy’s House, now known as Rashtrapi Bhaven, the Jaipur Column, the Secretariat Building, Parliament House and the two Christian cathedrals, Catholic and Anglican.

It’s not all new, though. Humayun’s Tomb is also in New Delhi, the first Mughal garden tomb (of which the Taj Mahal is a later example), where the eponymous emperor was buried by his first wife almost a century before Jahan moved in. 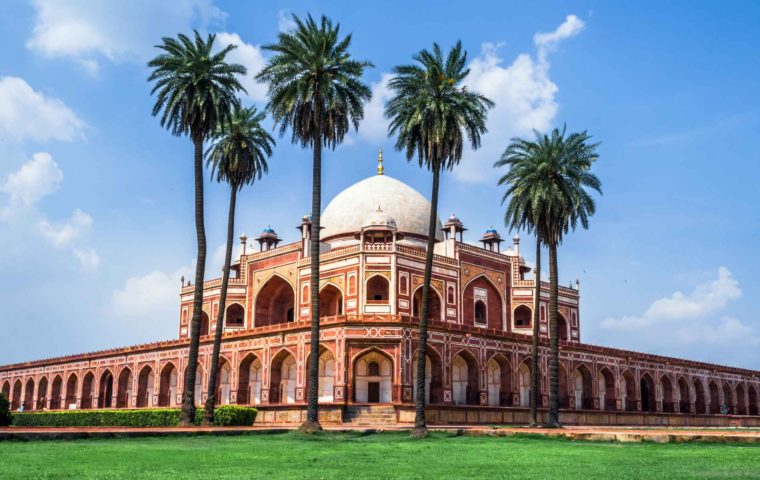 It’s not an easily covered city, or one that’s easily understood in even fairly basic ways. It can be felt and experienced, though, and though a month would give you a good start on it, maybe two or three days to start might be best.

Just south of Delhi is the state of Rajasthan, and though it would be foolish to call out any state or part of India as its most picturesque or fascinating, Rajasthan’s certainly up there. It’s home to both Jodhpur and Jaipur.

There are, as we’ve established, many Indias, but this one – location of films as diverse as The Dark Knight Rises and The Darjeeling Limited – will be almost as familiar as it is impressive.

The Mehrangarh on its own would be a reason to visit, a magisterial, seven-gated, half-millennium-old fortress built 125 metres above the city, dominating it to this day. 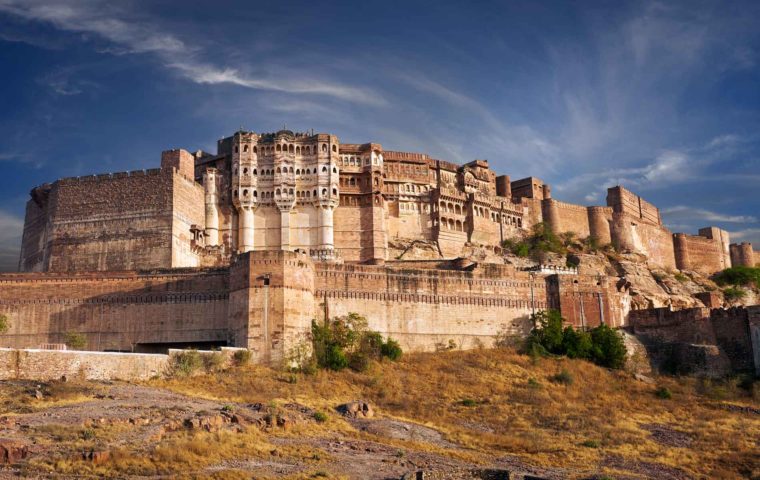 It’s got one of the best museums in the country known, among other things, for its extensive collection of palanquins and howdahs, with all their pre-colonial redolence of one of the civilizations that gave the English language the very concept of the exotic.

The luxury of the various forms of royalty and aristocracy across the epochs has carried through to hotels, shops, restaurants, and bars that elevate the notion of luxury with a combination of exquisite design and a level of service that, try as they might, the Western world cannot match.

Jodhpur’s got many nicknames, but the one that will spring most immediately to mind when look down on it from Mehrangarh is The Blue City.

Once the sign that an elite Brahmin lived there, houses slowly started becoming blue no matter who lived there, as this oasis city on the edge of the Thar Desert took on the colour as an identity.

There aren’t many sights that will stay with you the way this view of Jodhpur will. 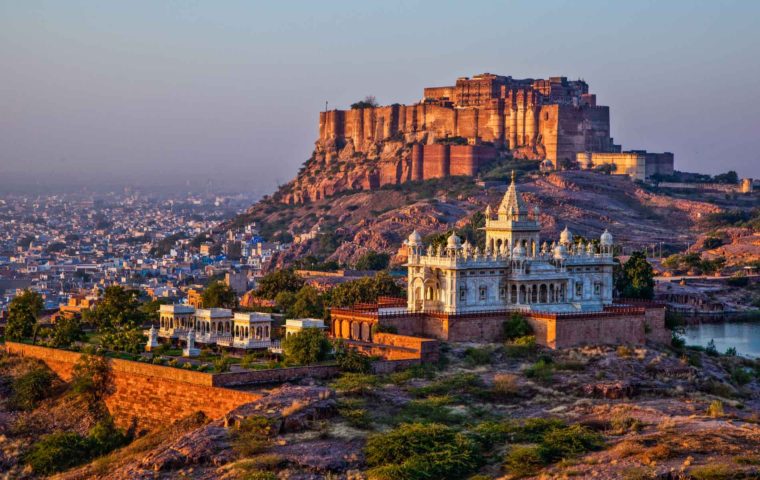 One of those few, as it happens, is just a six-hour drive northeast of Jodhpur in Jaipur, known as the Pink City.

Unlike Jodhpur blue, Jaipur’s pink was accomplished in a single stroke by a maharajah who wanted to be sure Queen Victoria’s eldest son, Prince Albert, the future Edward VII, included his city on this 17-week tour of British India in 1876.

So, he built a great hall, named it for him, and then had the whole city centre painted terracotta pink. It worked. The prince visited, and the maharini, the maharajah’s wife, liked it so much, they decided to keep it.

But even outside the walled, blue core, Amer Fort, Jantar Mantar, the Jal Mahal (a palace picturesquely set in the middle of Man Sagar Lake), and the palatial Raj Mandir cinema offer days’ worth of sight-seeing. 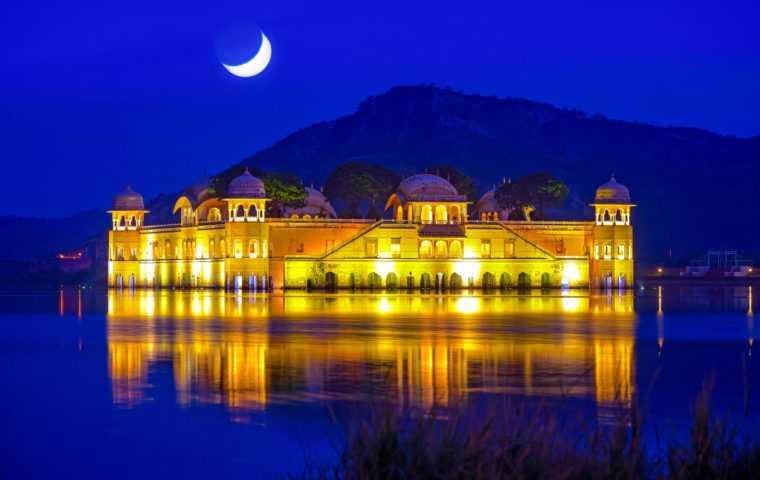 The Jal Mahal at night, Jaipur

You may find time to try some dal baati churma and gatte ki sabze between stops, but only just. There’s a lot to see.

And that’s just one state. There are 28 more to go.

Where is India on your list? Wheel & Anchor will be hosting a tour of Northern India in September 2023…get all the information here!