The Majestic Fjords of Norway

There’s a danger in travel, as in many things, of elevated expectations. Some places get so much good press that it becomes almost impossible for the reality to live up to the hype.

That’s not a problem for the Norwegian fjords. 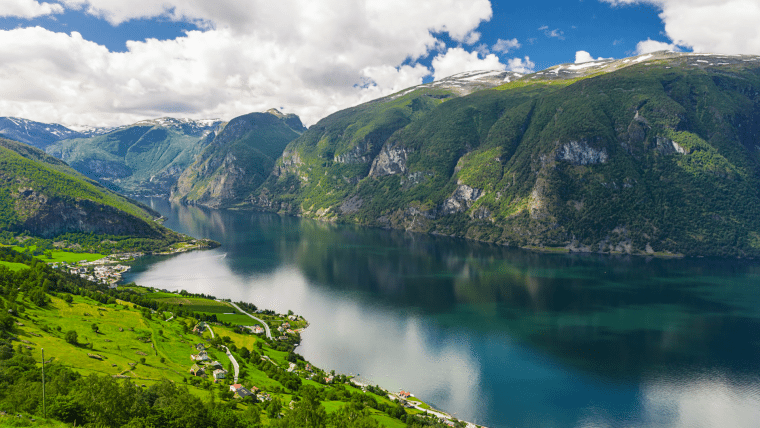 The mouth of the Sognefjord

After growing up around the Rockies, making annual winter visits to the Swiss Alps, and sailing up the coast of Alaska, I figured I’d be immune to the sort of awe inspired among those for whom these slow-motion lithic explosions are a novelty.

I remember the first time I saw the Alps. It was on a high school trip, and I was listening to Strauss’ Thus Spake Zarathustra as the bus we were in crested a hillock and a perfectly snow-capped peak appeared on the horizon directly ahead of us.

It was pretty dramatic, and obviously it’s stayed with me. It’s served me well as my go-to story of tectonic wonderment.

But those low-hanging April clouds up and down the Norwegian coast undid me. 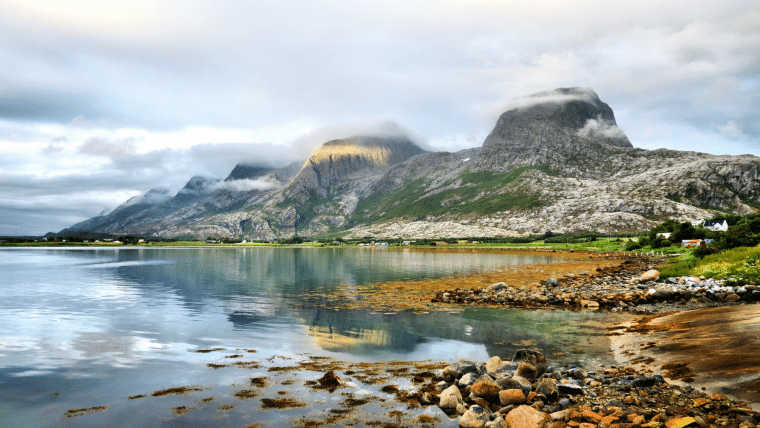 Whether you take the Hurtigruten – it’s the only way to see the fjords — southward from Kirkenes, or north out of Bergen, there will be a moment when you first catch a glimpse of the coastline as it begins to soar.

It may be as your ship sails through some medieval mist, parting it like some mystical curtain dreamt up by Neil Gaiman, or it may loom into your field of vision through the porthole as you lounge in your berth, creating an effect not unlike Spielberg’s T-Rex in the rear view mirror.

And then you will notice something, perhaps, as I did.

The Rockies and the Alps, which rise across kilometres of foothills and plains, extend a sort of geological hand to you as you approach. Even sailing around Alaska provides you with a staggered vista, with relatively gentle rises leading to the more dramatic backdrops.

But this jagged Viking coastline has no time for pleasantries. 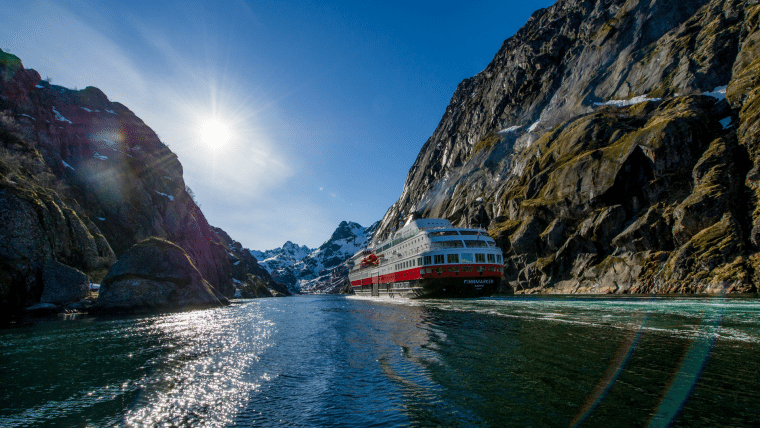 A Hurtigruten ship sails into the famously narrow Trollfjord

The inclines are so steep, and the waters so deep, that even quite large ships can sail right up alongside them, where they’re dwarfed by these truly spectacular walls of rock, like fortresses built by the trolls some Norwegians fancy still lurk among them.

From that moment, you’ll have days of vaulted skies, waterfalls, crags, caves, and crevices; so much of it, in fact, that you may find yourself getting inured to it all.

Which is when you should introduce yourself to the sea eagles.

I had no idea such things existed. They sound about as mythological as sea wolves. (Which, huh, turn out to be real too. Weird. Does that mean there are dragons? [Ed: No, it doesn’t. Yet.]) Hurtigruten offers a sea eagle excursion which you should absolutely take.

The fishing trawler you’ll go out on makes those cliffs seem even more imposing, the peaks so high you can just barely see the little bits of motion that are the pre-swoop sea eagles. 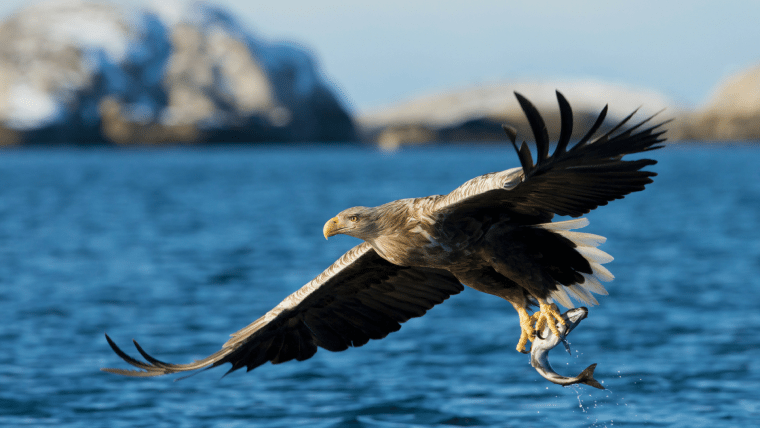 They circle, separate but clustered around the good fishing spots, before diving in a sort of controlled free-fall until, centimetres above the surface of the water, they pull up, dragging their talons in the sea and plucking salmon, mackerel, and sea trout and shooting back up to their aeries.

A coastal Norway trip is about more than the fjords, of course.

There are towns sprinkled throughout this denticulate coast, its total length greater than the equator, and the Hurtigruten, as much ferry and cargo ship as it is a cruiseliner, stops at 36 of them. Each has its own cafes and bakeries, histories and monuments.

Norwegians get on and off at all times of day and night during the week you’ll be aboard, the sea route often the shortest distance between two villages separated by hours of winding, vertiginous roadways. 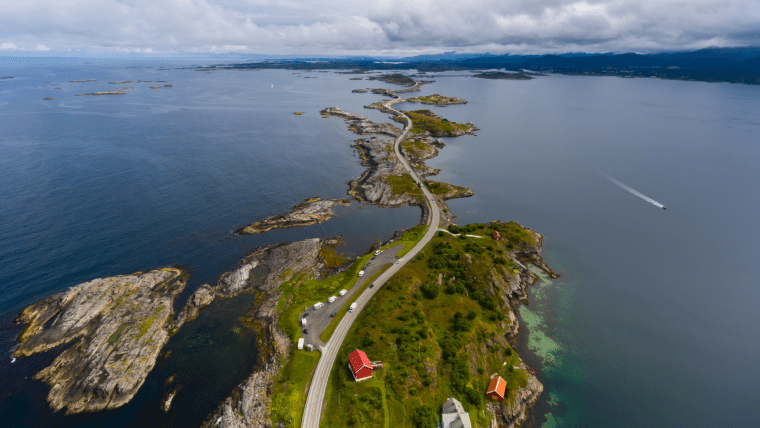 The winding feat of engineering that is the Atlantic Road

So though there are fine dining rooms for the longer-haul passengers, it can be a good idea to stop by the cafeteria from time to time to mingle with the locals, most of whom speak excellent English, and get a sense of what it’s like living in the middle of all this.

Norway is a nation of superlatives. Its coastline is longer than the Unites States’, it’s the world’s richest full-sized country (behind only Qatar, Singapore, and Luxembourg), and Karl Ove Knausgaard wrote the longest internationally best-selling novel in modern times.

But those fjords are one of the few natural wonders that exceed expectations. You shouldn’t miss them. There’s a reason the parrots pine.