The Undiscovered History of Wine

On May 24, 1976, nine French wine experts sat at a long table in a small side room off the lobby of the Intercontinental Hotel on rue de Castiglione in Paris to drink.

A couple of hours later, the world of wine had been, as the French say, bouleversé.

In the blind tasting, the best red wine and the best white wine were both from California. It’s been called the Judgment of Paris, and not only did it shock the French and spark the California wine industry, it told the world that there were good wines made in places other than France. 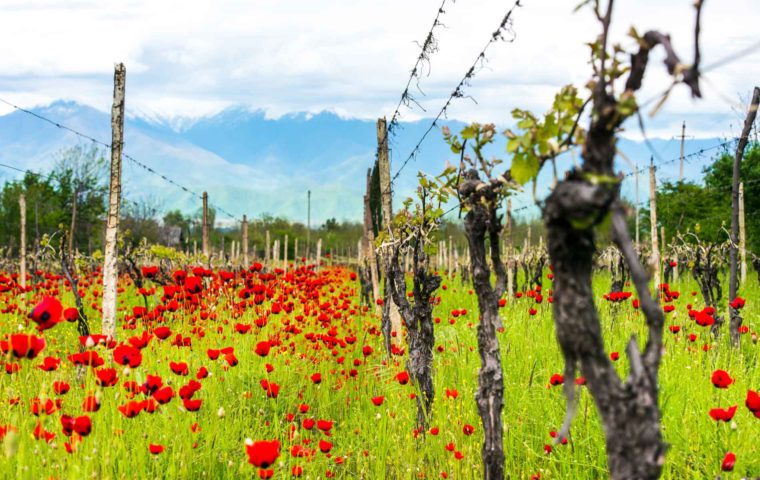 Poppies in a vineyard under the Caucasus mountains, Georgia

People wanted to see where these other wines were made, and wine tourism, which used to be synonymous with French tourism, became a global adventure.

California, Australia, Germany, the Okanagan, Chile, Argentina all started attracting travellers from around the world eager to drink wine and see new places.

But what about the old places? This revolution got everyone very excited about what are still referred to as “new world” wines, places that got their cultivars from Europeans as they marauded their way around the planet.

But Europeans did not invent wine, not even in their ancient Roman or Greek incarnations. 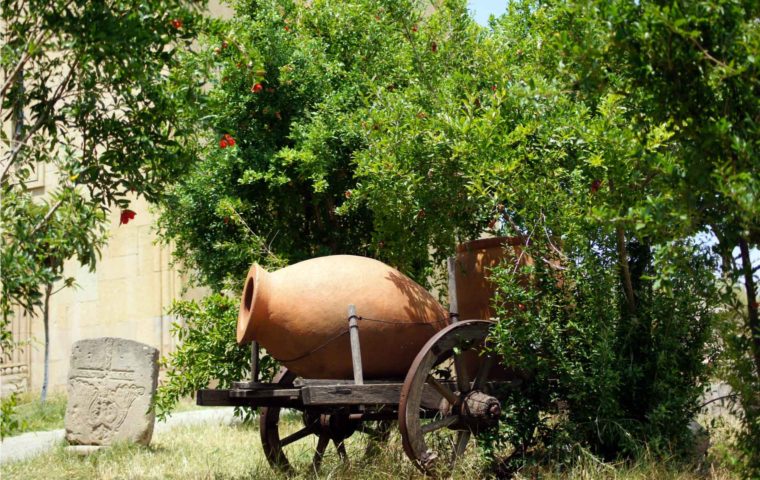 Traditional Georgian jugs or for wine

Until recently, it was thought the first wines actually came from Iran, but as it turns out, the very first people to think of fermenting grape juice till it made you feel good were the Georgians.

And unlike the new world and sort-of-old world, Georgians still tend to make their wine in the exact same way they have for – get this – 8,000 years. In clay pots, buried in the ground.

It’s though that it was in clay pots very much like modern Georgia’s qvevris that the Georgians didn’t so much invent wine as discover it, after someone buried their grape juice a little too long one time.

We’re late to the Georgian wine game in this part of the world. Go to any high-end restaurant in Russia, or Kazakhstan, and you’ll see walls and cabinets lined with inscribed clay flasks of Georgian wine. 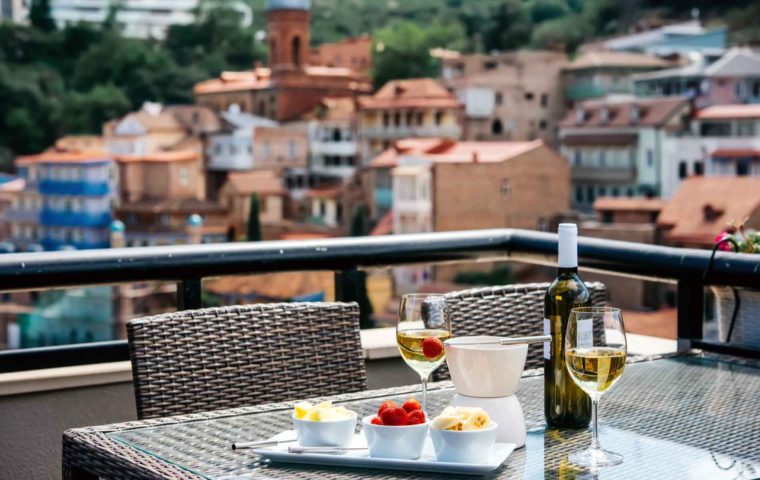 They were Stalin’s favourite, but then they would be (he was Georgian himself, born Iosif Dzhugashvili); but Russians in general, and others who were closer to Tblisi than Paris, long ago decided to go to the source for their wine.

What makes Georgian wine a truly monumental basis for a trip, though, is that for whatever reason – blame the lingering effects of the Iron Curtain or continuing North American indifference to anything east of Prague – but not much about Georgian wine has leaked out.

Though you can get a few Georgian wines in Canada, the grapes, regions, and styles remain mostly a mystery.

And the best place to solve that mystery, and bring your own wine literacy to the next level (and beyond many Western sommeliers’), is to go to Georgia. 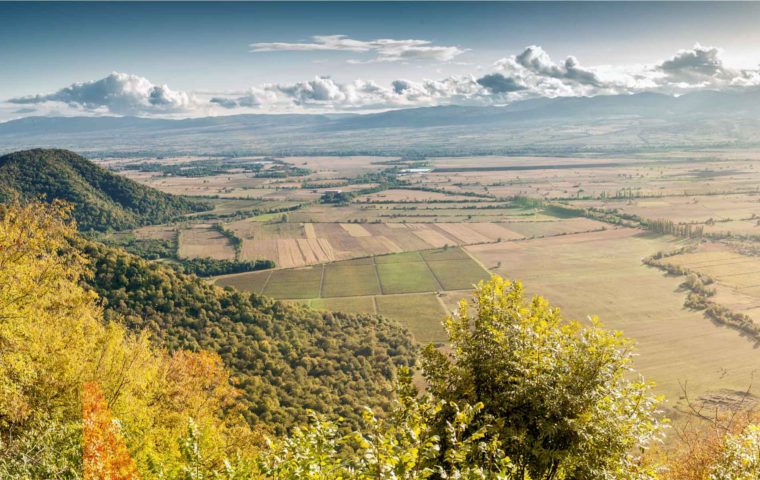 The Alazani Valley in the Kahketi wine region

Though wine is made pretty much across the country, there are five major wine-growing regions, with Kakheti being the most prominent and, therefore, probably the best place to start.

Kakheti is the easternmost province of Georgia, bordering on Azerbaijan to the south and Russia to the northeast.

And since Russians and Azeris are Georgia’s two biggest tourist groups, Kakheti has some of the most developed travel infrastructure in the country.

The main towns, at least as far as travelers are concerned, are the capital of Telavi, and the scenic resort town of Sighnaghi (population roughly 2,000). 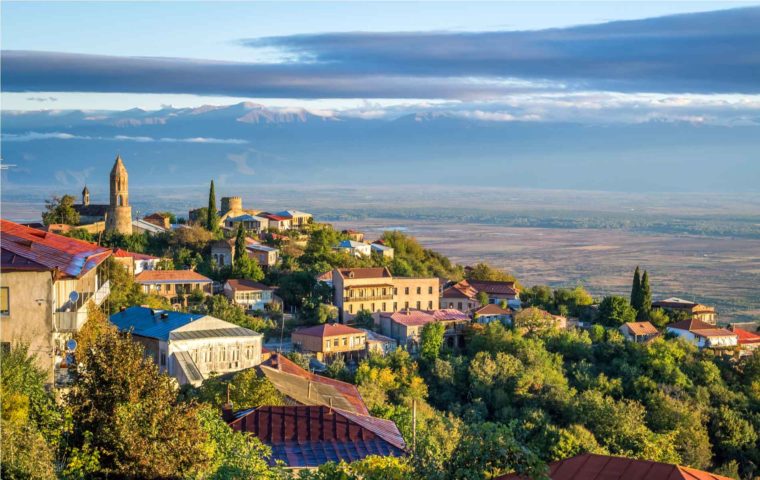 Sighnaghi town in the Georgian wine region of Kakheti

Just outside Telavi, in the Alazani river valley, is Tsinandali, the Italianate palace of Alexandre Chavchavadze, a 19th century prince who built it on an especially scenic lot he inherited.

But what makes it an idea first stop is that it was Georgia’s first hybrid marani (winery), combining Georgian and European methods of wine-making.

The eponymous, relatively dry white wine is well known throughout Georgia and beyond. A blend of rkatsiteli and mtsvane grapes, this largely bottle-aged wine a good introduction to Georgian wine, which can be surprisingly sweet.

Saperavi is the main grape in Kakheti, and the biggest grape for Georgian reds. 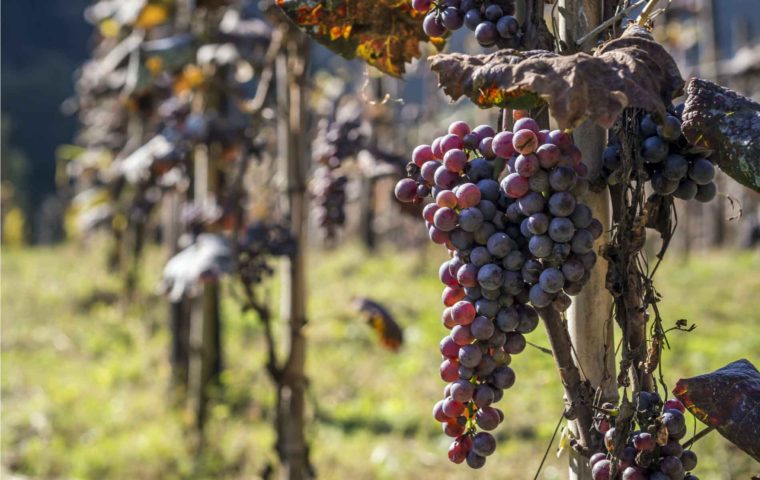 Saperavi grapes on the vine in Georgia

Unlike most red grapes, saperavis are red in both flesh and skin, and unlike even other such grapes (known as teinturiers in the admittedly still French-dominated world of wine), it is used in single-varietal wines, including Akhasheni, Alazani, Kindzmarauli and Mukuzani.

So beyond the apparent pronunciation challenges (which actually aren’t as bad as those consonant-heavy spellings make it seem), you may have noticed just how little we tend to know about this region’s wines.

Kakheti? Saperavi? Mukuzani? These are the Bordeaux, pinot noir, and Pauillac of the Georgian wine world.

But thankfully, one of the best things about wine travel is the fact that it brings together two of life’s greatest pleasures: learning, and getting tipsy. 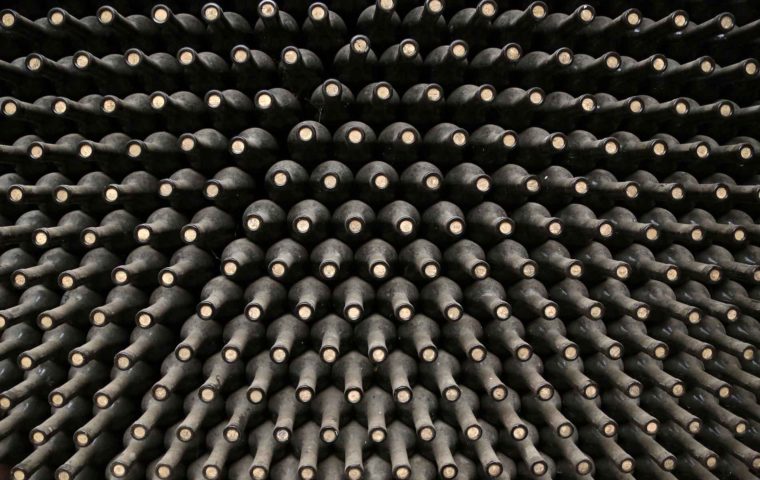 Wine in a Georgian wine cellar

I’ve learned more about wine while drinking and cycling through the Maipo Valley, hiking glass-in-hand across the hillocks of New Zealand’s north island, and tippling down the Thompson River than I ever did in a wine-tasting class.

If you do want an advance taste, you can, as I did, try a Kindzmarauli, widely available in Ontario and elsewhere. Made in Kvareli, in northeastern Kakheti, it’s sweeter than its semi-sweet designation might lead you to believe, but it’s also subtly effervescent, like a Federweißer; not actually bubbly, but tingly.

A treat, and also a glimpse into just how different Georgian wine can be.

Sighnaghi is about an hour’s drive southeast of Telavi (Tsinandali is conveniently along the same road), just a few kilometres from the Azerbaijan border. 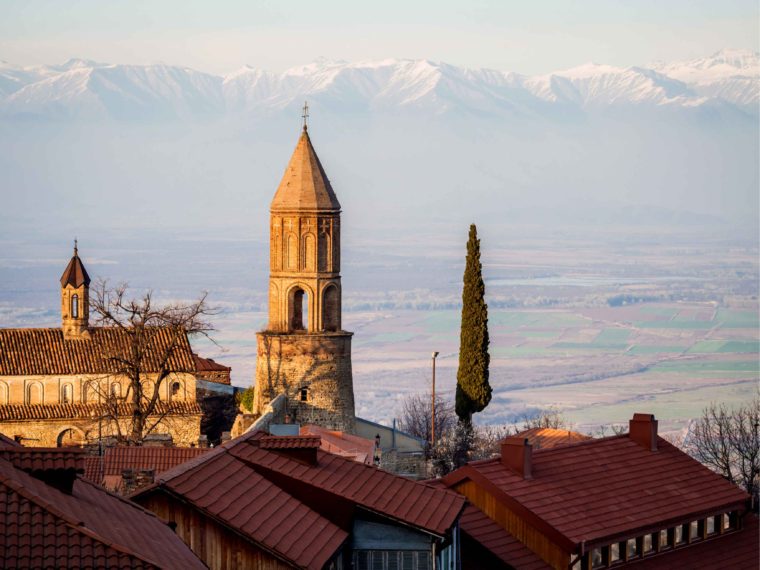 A view of the Caucasus mountains from Sighnaghi town, Georgia

Known in Georgia as a romantic getaway, a place for engagements, weddings, and honeymoons, its narrow, hilly roads overhung with wooden fretwork balconies and terracotta-roofed houses look out on the snow-capped Caucasus mountains to the north.

It’s a wonderland in the winter, the snow-covered red roofs and frosted vines as picturesque as they sound. But it’s the rest of the year that makes this one of the centres of the Georgian wine industry.

Though the town was only built in the middle of the 18th century, by the ancient-sounding King Heraclius II, settlement in the area goes back to the Paleolithic era, and the very beginnings of wine-making.

You could stop into any number of wineries or wine-themed restaurants, like Cradle of Wine or Pheasant’s Tears, where you can dive into not only the world’s oldest wines, but rural Georgian cuisine, as well, including pine cone jam. 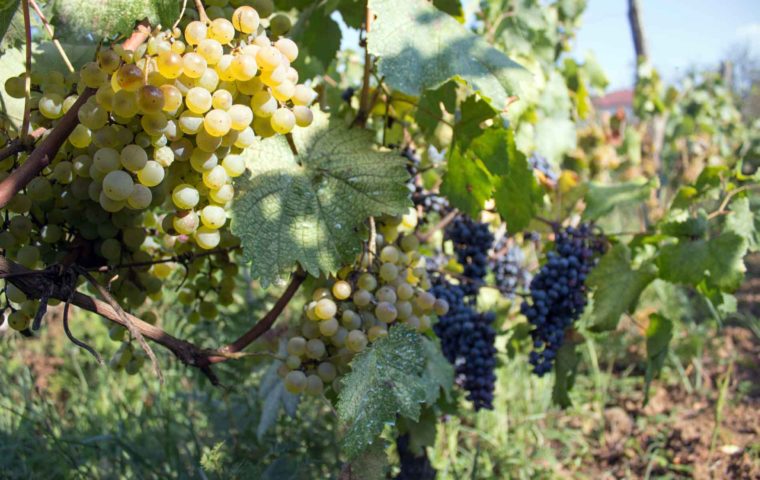 Red and white grapes growing in a Georgian vineyard

But Kakheti is only the beginning. There are more than 400 grape varietals endemic to Georgia, and dozens of different styles of wine, including fortified and sparkling wines.

It’s a whole new world. And one you only really have a chance of understanding on the ground, in the place where wine was born.