You may think you know Iceland, but Iceland doesn’t give up its secrets easily.

Sure, the Blue Lagoon is lovely. But that’s not Iceland.

Iceland is a place unlike any other, a sort of time capsule of a nation that’s preserved many aspects of Viking-age life. In some ways, it’s like a real, working Colonial Williamsburg or Upper Canada Village, except the world – and the language – that Iceland’s preserved is 1,000 years old. 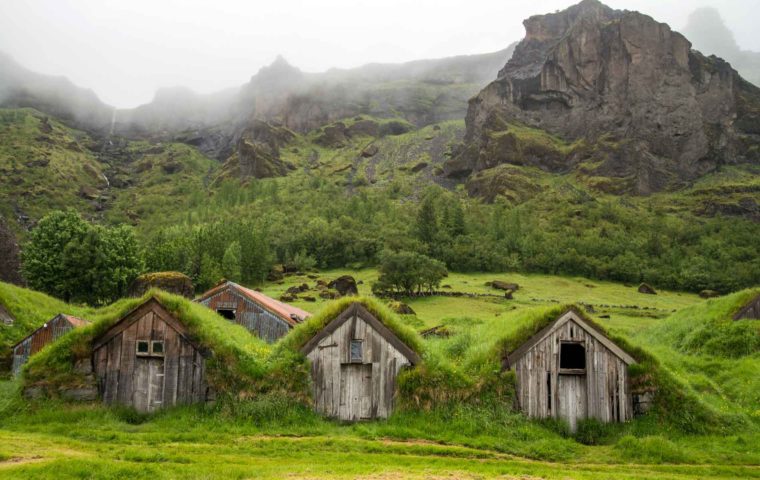 Sometime roundabout the year 872 CE, the first ships, probably from modern-day Norway, landed on the shores of this frankly unpromising looking island in the middle of absolute nowhere.

It was the age of the Vikings, the world’s first great explorers (and plunderers), and while that makes for some fine Netflix fodder – all that exploring and plundering makes you pretty fit, and those beards, so au courant – life could get a little hectic with all that clobbering and whatnot.

So when the route to this little island was established, it didn’t take long for it to become a favourite immigration route for the farmers and other peaceful Scandinavians who wanted to get away from all that Viking hubbub.

Over the next 125 years or so, they populated the island, given the stay-away name of Iceland, and dug in with their cows and sheep – mostly sheep – and farmed.

Things were tough – they were on the verge of famine a lot of the time – but once all the free land had been claimed, there wasn’t a lot for the Vikings to do, so they stayed away, and so did mostly everyone else. 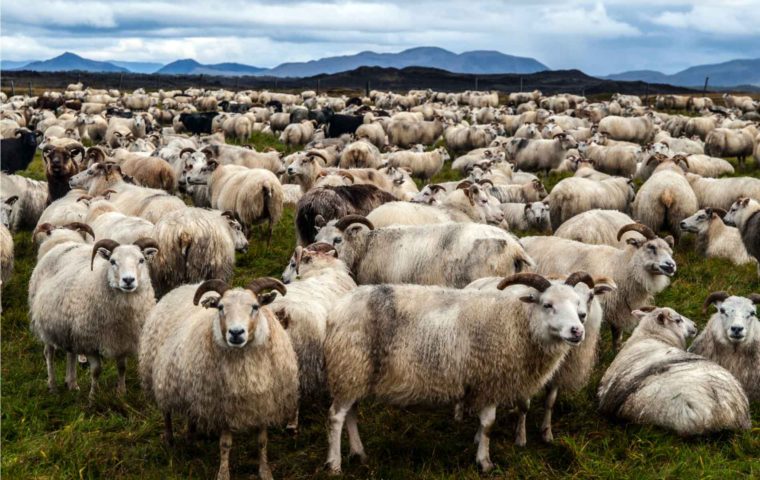 Herd of sheep in Iceland

You see, the trees that kept all the soil in place, got cut down over the first few winters for heating and cooking by farmers who understandably figured they’d grow back. They did not. And that meant the topsoil mostly went, too.

So, not great, from a farming point of view. Or an eating one, either. They managed, mostly eating sheep and the big fish that swam around the place. But they mostly kept to themselves.

For about a thousand years.

Then, in the 1960s, one of the two Icelandic airlines, Loftleiðir, then known locally as “Hippie Air,” started offering a layover deal to entice people, mostly young people, who were flying the low-cost airline between North America and Europe to stay a while and have a drink before continuing on to Luxembourg or wherever it was they really wanted to go.

It worked, and Iceland was roused from its thousand-year sleep.

And what an awakening it was. Within 20 years, The Sugarcubes let everyone know Iceland might be kind of cool with their appropriately titled first international hit, “Birthday.”

Then Bjork went solo, and Sigur Rós bewildered and enchanted everyone, followed by rumours that Icelanders ate rotten shark meat, and everyone wanted to take a look for themselves.

But people still mostly see Iceland on that layover, now administered by Icelandair, which means the Iceland most people see is what’s come to be known as the Golden Circle, which is shorthand for “the bit of Iceland that’s easily driveable from Keflavik airport.”

Sure, it’s gorgeous, because all of Iceland is gorgeous. Take any bit of it, and it’ll be impressive. 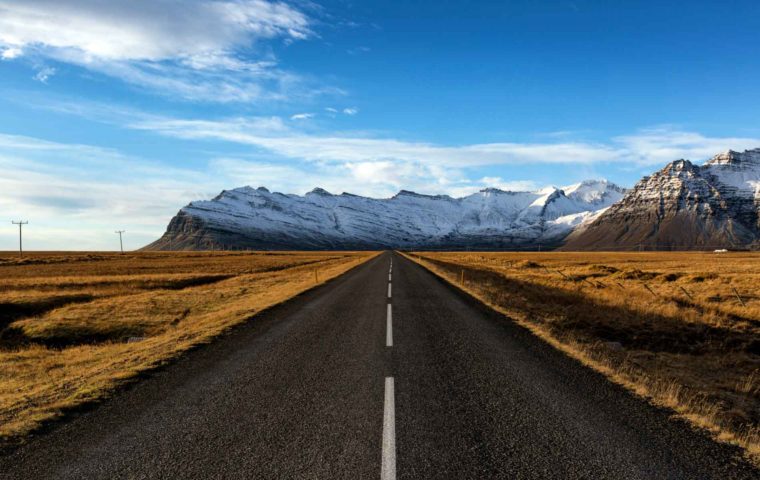 Looking down the Ring Road, Iceland

The thing is, there are way more bits.

I cycled about a third of the way around what Icelanders called The Road, and what tourists tend to call The Ring Road. It’s the highway that circumnavigates the island, and whether you cycle or drive it, you’ll quickly notice that Iceland is like a geographical and topographical department store.

You want beaches? You’ve got ’em. Black sand? Sure, right over there. Grassy plains? Glaciers? Roaring rivers? Moss so deep and soft you’ll sink to our ankles in it? Is that a volcano over there just beyond those rocky plateaus?

The only common denominator is water. It’s springing out of everything. Iceland is so geographically young, it’s downright moist.

Not only have the rivers not fully decided where to flow, changing routes from time to time, but walk anywhere even a few metres off the road and water will spring up at you, out of a rock face, or up from the ground, or trickling over the edge of one of those plateaus. 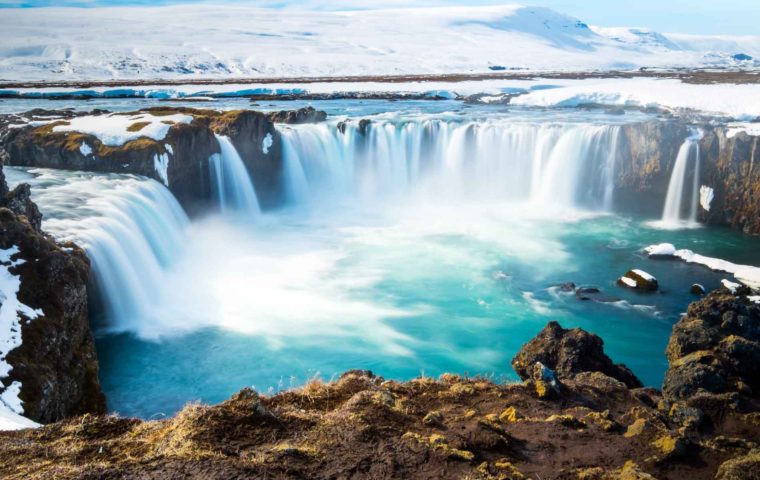 The famous Godafoss waterfall in Iceland

And in amid all these topographies, there are horses. Icelandic horses, which are not like other horses. These ones all have bangs. And they’re relatively short, making them seem more cuddly than your average equine.

And in fact, in my experience anyway, they do tend to nuzzle a little more than usual when you pull over to a fence to take a closer look.

But despite all its wonders and charms, it’s the culture that really sets Iceland apart. Those thousand years of isolation and hardship left an imprint, and now that both are over, it’s maybe the best thing about this island nation.

You’ll have heard about the food, of course. In addition to the hákarl, the famous rotten shark, there’s also rotten skate (skata), backfat sausage, sour whey-soaked beef and mutton, and whale (mostly minke).

There’s also a moonshine-y drink that, until they figured it might put off the tourists was called Black Death, now known as brennevín and sold in perfectly respectable looking bottles.

Iceland is also the oldest parliamentary country in the world, their Alþingi having been established in 930 CE, about 300 years before the English got theirs. It’s maybe not surprising, then, that Iceland was the first country to have a publicly lesbian leader, too. 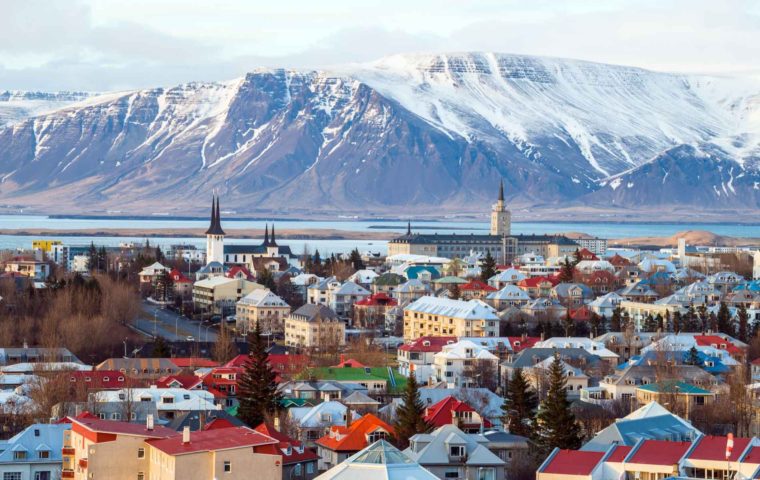 But maybe the most fascinating thing of all is something that might, if we weren’t paying attention, pass us by entirely: the Icelandic language.

It’s one of the big draws for Scandinavian tourists, for whom a visit to Iceland is roughly equivalent to English speakers having a vacation spot where everyone still speaks Chaucerian English. They’re the only people who can still read the old sagas in their original Norse, because Norse is more or less what they still speak.

It’s a tough language to pick up, though not impossible – Iceland’s current first lady is an Anglo-Canadian from Ottawa and has done pretty well – and though everyone under about the age of 60 speaks near-perfect English, committing some common phrases to memory before or during a trip would be both polite and a little exciting, knowing the syllables you’re pronouncing are the same ones uttered by Erik the Red.

So, by all means, have a soak in the Blue Lagoon when you go, but don’t stop there. Iceland is a world unto itself, so explore.

Want to read more stories like these and get notified about upcoming tours and events? Get on our email list here!