The Sublime Sophistication of Travelling by Train

There’s something regal about train travel, about sitting comfortably in a seat beside a huge window as the world passes by just below eye level.

It may be blustery or fine, arid or swampy just on the other side of the glass, but you are enveloped in a perfectly temperate pod, food and drink never more than a few steps away, a book, Kindle or other screen of choice within easy reach whenever you want a momentary distraction from the scroll of life outside.

Reading on a train must be one of the greatest pleasures in life, but surely even it is secondary to simply gazing out that window, book open on your lap, while the world you’ve chosen to see today unfolds before you.

There are rails through many worlds, less obtrusive than roads, and more adventuresome in the routes they describe, often almost invisible as they trace their parallel lines up, around, and through mountains, along beaches and through forests. 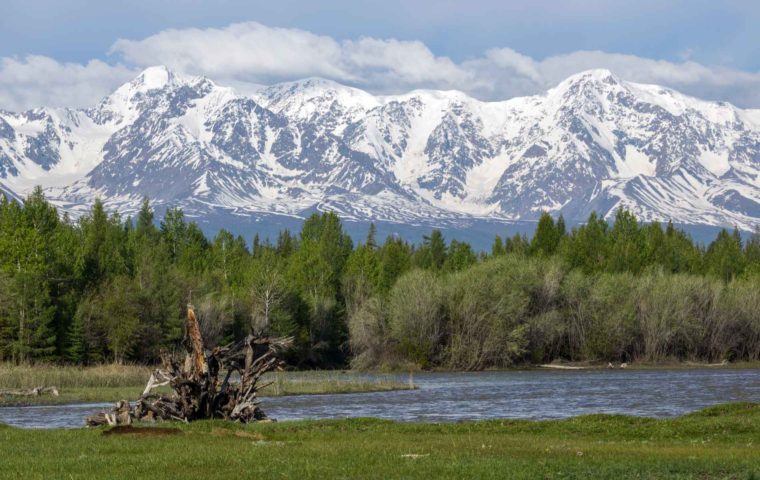 Train travel is pure travel. It’s all about getting from one place to another, but unlike ships, trains, no matter how luxurious, are not big enough to offer you anything other than a seat, a table, and sometime a bed.

This means you’re always aware of being in the act of travelling.

And unlike ships and planes, you see where you’re going as you’re going, able not only to connect the dots, but to expand them into real places with trees and dogs and city streets and corner stores, and a woman in a red t-shirt sitting on a sun-bleached green lawn chair on an unmown yard behind a white stucco bungalow (for instance).

You leave the world behind when you take to the sea or the air, but trains keep you firmly planted in the real and specific.

Strangers on a Train, Murder on the Orient Express, The Commuter all create feelings of claustrophobia, of being trapped to propel their thrills, but the odd fact of train travel, immediately obvious to anyone who’s ever travelled any distance by train, is how open and liberating the whole experience is. 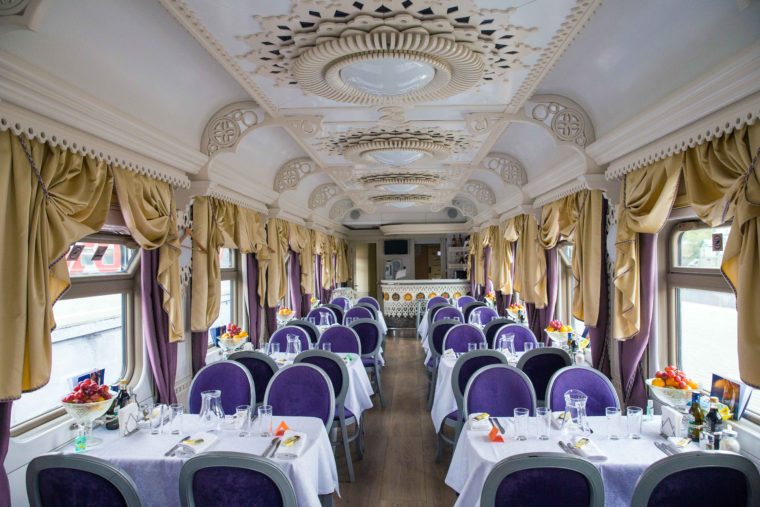 A Dining Car of the Tsar’s Gold train, Siberia

Wrapped in windows, low to the ground, big enough to walk around in but small enough to feel cozy, there’s a reason this 19th-century invention has the staying power it does.

As we travel more, we become more sophisticated travellers. With the extraordinary privilege of being able to travel often, we can not only talk about that great evening at the fabulous café in the Piazza de la Signoria, we can compare it to one spent at Caffe Florian in Venice, the Café de Pont Neuf in Paris, and the café scenes in the alleys of Shanghai, the grand avenues of Sofia, and the tree-lined streets of Almaty.

The same goes for modes of travel, and there’s grown up a whole subspecies of traveller who goes from train voyage to train voyage, comparing, contrasting, and enjoying the Orient Express and Rovos Rail, the TGV and the Bullet, VIA’s Canadian and the Indian Maharaja Deccan Odyssey.

But towering above all these in scale and drama is the Trans-Siberian, the longest train route in the world. 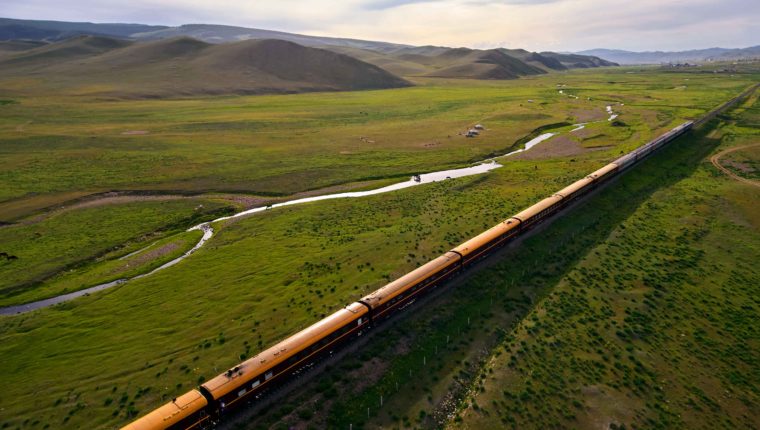 Running between Moscow’s Yaroslavsky Terminal and Vladivostok, the Trans-Siberian Railway runs for 9,288km and takes just under 7 days.

To get some sense of scale, that’s more than double The Canadian’s 4,466km.

But scale is the thing here. It’s almost impossible to gauge without taking the trip.

The train has changed a lot since it was inaugurated by the future Tsar Nicolas II in 1916. They apparently shaved four days off the journey as recently as 2015.

But this is how Paul Theroux described his first impression of it, after months riding other trains from London to Japan via India and Sri Lanka on the trip he took in 1973 that became his first travel book, The Great Railway Bazaar:

“… I was relieved, and almost delirious with the purest joy a traveler can know: the sight of the plushest, most comfortable room I had seen in thirty trains. Here, on the Vostok, parked on a platform in what seemed like the most godforsaken town in the Soviet Far East, was a compartment that could only be described as high Victorian. It was certainly prerevolution. The car itself had the look of a narrow lounge in a posh London pub. The passage floor was carpeted; there were mirrors everywhere; the polished brass fittings were reflected in varnished wood; poppies were etched on the glass globes of the pairs of lamps beside the mirrors, lighting the tasseled curtains of red velvet and that Roman numerals on the compartment doors.

Mine was VII. I had an easy chair on which crocheted antimacassars had been neatly pinned, a thick rug lay on the floor, and another one in the toilet, where a gleaming shower hose lay coiled next to the sink. I punched my pillow: it was full of warm goose feathers.”

Though much of what lay behind the Iron Curtain for most of the 20th century — Prague, Dresden, Budapest, Bucharest — is becoming increasingly familiar, the vast swathes of turf covered by the Trans-Siberian are home to cultures, histories, even topographies with which Westerners are still largely unfamiliar.

The steppe, for instance, which makes the Canadian Prairie look quaint, is both the place where horses were first domesticated, around 3,000 BCE, and the only place in the world that is still home to genuinely wild horses (known as Przewalski’s horses; those wild mustangs of the American West and the Sable Island ponies are actually feral horses, descended from tame stock).

This is also wolf country — inspiration to Prokoviev, Hesse, and many others — and home of the great Russian forests. 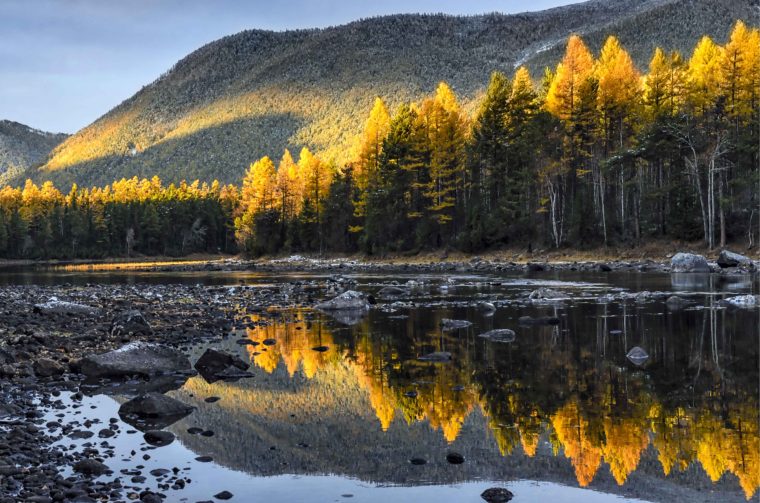 The beautiful forests of Western Siberia

And amid those millions of square kilometres of wilderness, there are some of the worst most singular cities, such as Irkutsk (once known as the Paris of Siberia for being the intellectual centre of those exiled for an early 19th-century anti-Tsarist revolt), Novosibirsk, Russia’s third largest city after Moscow and St. Petersburg, Omsk, once where all the imperial gold was stored, and Yekaterinburg, named for Catherine the Great’s mother, and despite its relative remoteness, home to some of Russia’s tallest skyscrapers.

Thousands of kilometres from each other, and from any other population centres, these urban outports are like city states, with distinct cultures and even climates.

You could fly to any of these places — it’s just three and a quarter hours from Moscow to Omsk, four to Novosibirsk — and maybe, someday, you should do that, and spend a little time getting to know these lone bobbing buoys of urban adventure, survivors of regular storms imperial, revolutionary, utopian, and meteorological. Someday.

But first, string them together like ice crystals on a double iron chain, some Ian Frazier, or maybe Dostoevsky open on your lap, as you watch one of the greatest geographical stories ever told play out in front of you.