A Time Machine Made of Rocks

Like the Berlin Wall of fond memory, the Great Wall of China has spent the better part of its existence as something like a rumour.

China was so inaccessible for so long, the wall took on the patina of myth. Among Westerners, it had only been seen by the lucky few and as a result, like Stephen King’s monster in the closet, it became an almost supernatural thing, so when China started opening up, which is still not so very long ago, the Great Wall of China shot to the top of everyone’s list of things that must be seen. 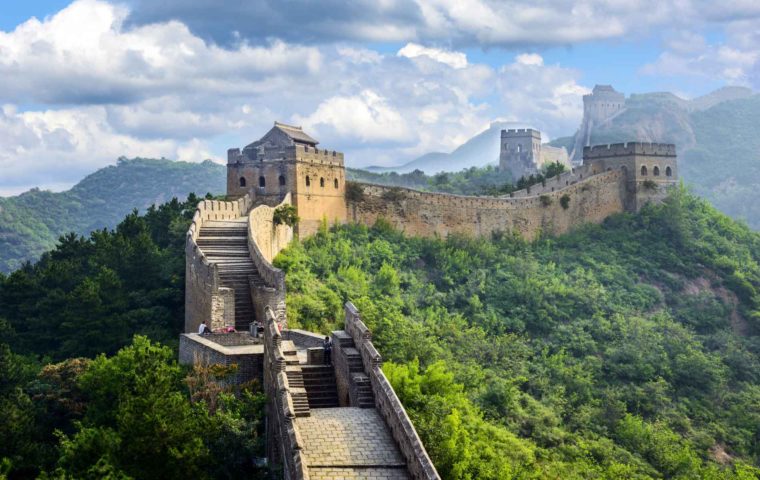 The Great Wall of China

A few million of us have seen it by now – it sounds like a lot, but of the 1.2 billion or so of us who cross international borders for fun every year, it’s really not – and it remains a signifier, in a way that the Eiffel Tower and Machu Picchu no longer are, of a well-travelled person.

But the Great Wall is unlike those two over-seen monuments in another way. Once you see the Eiffel, you’ve seen it, and though it can be exiting to be there, and to be actually gazing upon it with your own eyes, it is for the most part pretty much what you expected.

Ditto Machu Picchu. In fact, a big part of the reason it’s as popular as it has become is that you can take it in all at once, the feeling of standing there at that look-out that launched a million Instagram accounts the rough equivalent of finding yourself in the couch at Central Perk or standing on the Bradys open staircase. It’s fun, a little trippy, and I recommend it (Machu Picchu or Central Perk, or both).

The Great Wall is more like a stone you pick up (and put back down, I hope) at Masada, or walking on Juno Beach. It’s an imaginative experience, one that you cannot comprehend all in one gulp. It doesn’t make it better, but it does make it a little more profound. 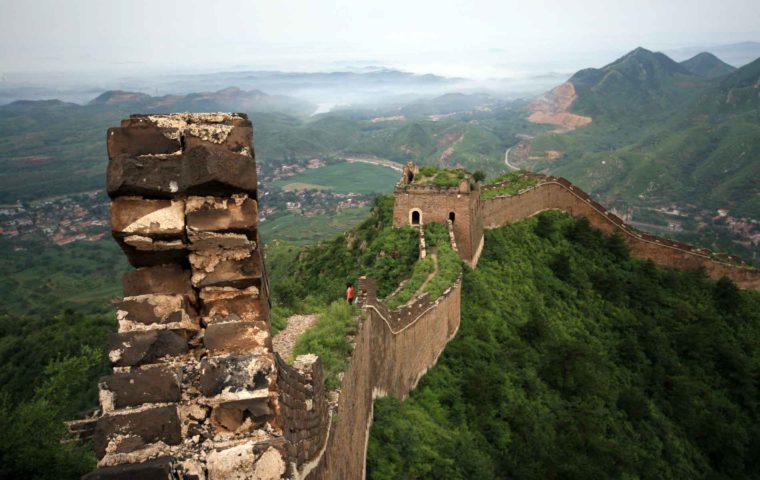 A view of the Great Wall of China

The Great Wall, as you probably know, is quite long.

Twenty-one million metres, in fact, curving and wending its way through central Eastern China. You can tell yourself that it’s one of the greatest architectural feats in human history, one of the most impressive engineering accomplishments, that it may have claimed the lives of hundreds of thousands of workers over the centuries it took to construct, and that its total length is greater than half the circumference of the earth.

You can only ever see a minuscule part of it, and trying to get the scale of it is like trying to fathom the earth itself; the fact you’re standing on a bit of it doesn’t actually help that much.

And like that Masada rock, a big part of going to the Wall, climbing up it, clambering around on it, and gazing from it is about the Wall as a sort of time machine, a physical object that has propelled itself from the distant but known past into the present, allowing you to touch it as you join the thousands and millions of others across who have touched it, becoming part of the ongoing past it continues to press through on its way to ten thousand future presents. 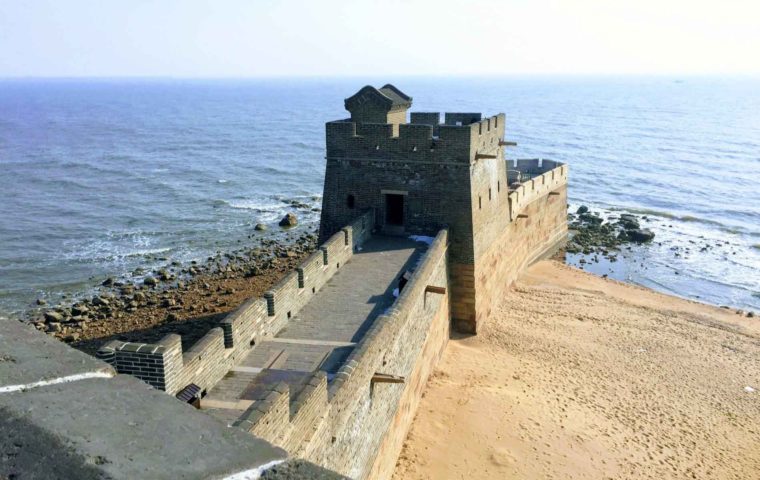 The Easternmost point of the Great Wall

Unless we’re talking about rocks or sand or the occasional tree – things which are mostly mute to us unless they’re associated with humanity in some Masada- or Acropolis-type way – there are actually very few physical things that can let us commune with the past.

There’s a thousand-year-old pub in Dublin, a few cathedrals and temples, some cave and rock drawings and the occasional potsherd that we can touch and, like some movie psychic, be mentally transported to the times they came from. It’s a Western thing, even mostly a white guy thing.

Read Eden Robinson or Robert Bringhurst, Ben Okri or Nuruddin Farah and you get intimations of ways of getting this same sort of object hit from the earth itself, or individual birds or fish if you’re able to see them as part of an individuated continuum, the incarnation of, for lack of a better word, the spirit of Bird or Fish that is as ancient as he first bird, the first fish.

But for the majority of those raised in Western culture, white or otherwise, we need things like the Wall to remind us of our place in the world and its history. 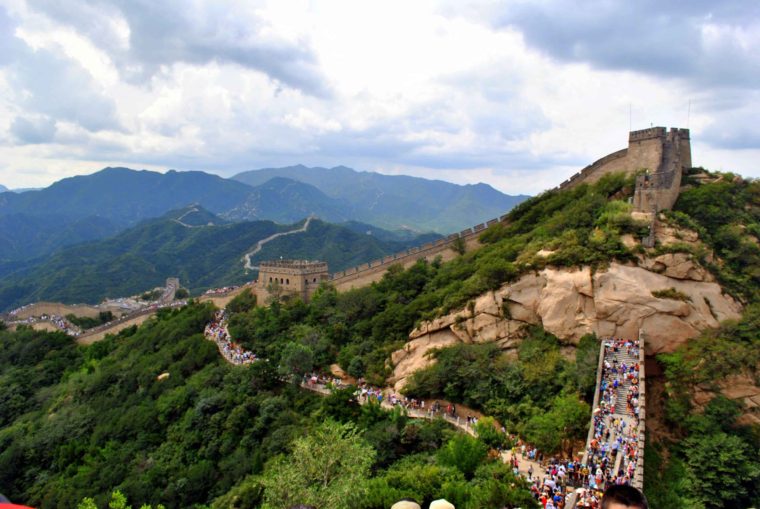 It’s not hard to get a good picture of the wall. It undulates as it winds, so just get to a high point before a curve or two and you’ll get the shot, evidence of your having been there, sure, and almost as god for Instagram as that southern Peruvian sprawl.

But also a kind of token, the picture a digital object itself that you can take with you (take only pictures…) to transport you back to that place and time that you were on the Wall, when you pierced the bubble of history and managed to inhabit one of the few places on the planet that lets you occupy a wrinkle in time.

Did Yongle Emperor stand here? Did the son of the founder of the Ming Dynasty see the view as you saw it that day, contemplating the work behind him, and that in front of him, the uncertainty of everything that is now written in stone?

Teams of workers certainly did, and two of them struggled to drop the stone you were standing on when you took that selfie into place, possibly helped by one or two others who guided it. Did anyone die there?

Given the numbers of people it took to build and to defend, and how long they spent doing both, if you look up the wall from where you are, and turn around and look down the other direction, you’ll be seeing a spot or two where someone saw their last sight. 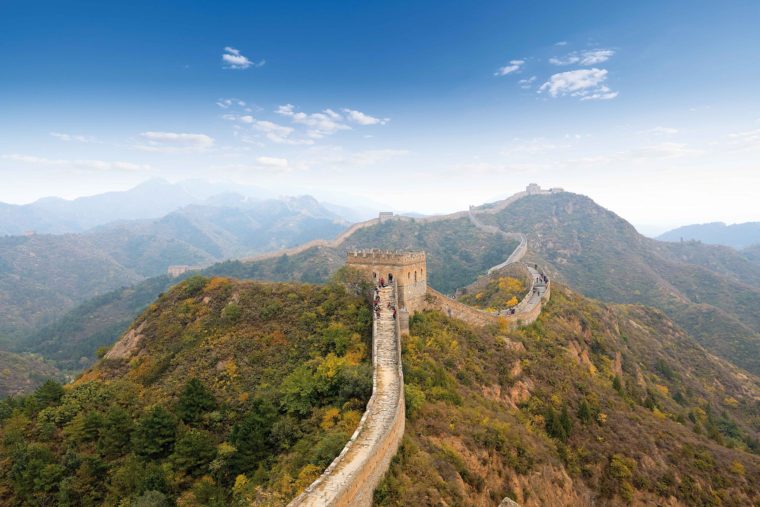 A wall as far as the eye can see

Sure, that’s true of almost anywhere you stand, anywhere. But because of that aforementioned hole in our imaginations, the one that doesn’t let us see the spirit of a place, we need things, like this Wall, to remind us.

See the great wall for yourself at the end of the ultimate rail journey…join Wheel & Anchor to experience the Trans-Siberian Railway in September 2022!