Kazakhstan: Mysteries among the Mountains

Walking along Kabanbai Batyr Street in Almaty, I’m dumbfounded in that low-level way smashing into and through your expectations while travelling can dumbfound a person.

The streets around here are lined with what could be oaks, could be elms. It’s the sort of thing I usually pay attention to and make note of, because it’s good to be able to tell people later, “I was walking down this elm-lined street,” but I’ve been paying too much attention to the things I usually wouldn’t be noticing.

Like the fact that any of this cosmopolitanism exists at all. 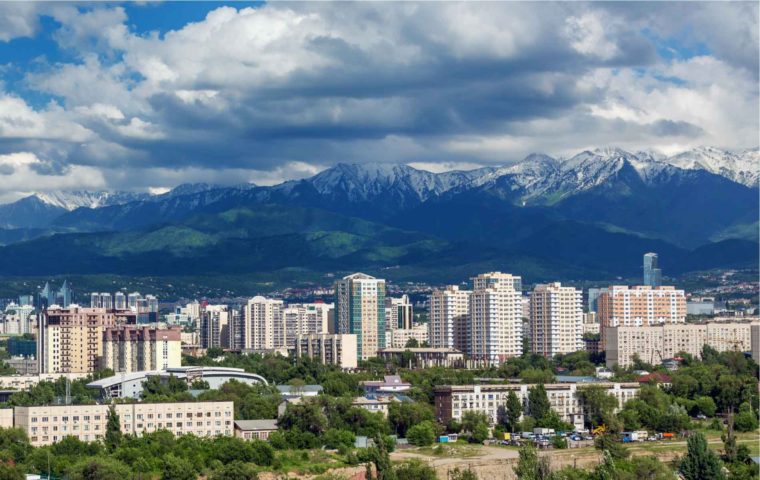 Kazakhstan is among the more unreconstructed of the former Soviet republics. It’s great for fans of massive concrete architecture, like me, but this is a place where only 25 per cent of the population can speak the national language, Kazakh, and Russian remains the lingua franca.

Despite the attempts of the president-for-life, Nursultan Nazurbayev, to get the people back in touch with their Kazakh pasts – putting up statues to the national poet, Abai, in every square not already dedicated to workers, soldiers, or musician Zhambyl Zhabaev, funding school programs to teach kids how to play, and sometimes even make, one of the dozen or more traditional national instruments – Kazakhstan remains very much a country in recovery.

You can see it in towns like Semey and Ekibastuz, struggling to replace old Soviet-supports industries – nuclear testing and a big gulag in these respective instances – where the roads are in questionable repair and the life among them seems, from a tourist’s point of view at least, fairly utilitarian.

It’s frankly what I was expecting throughout this huge country, the ninth largest in the world, just a little smaller than India. 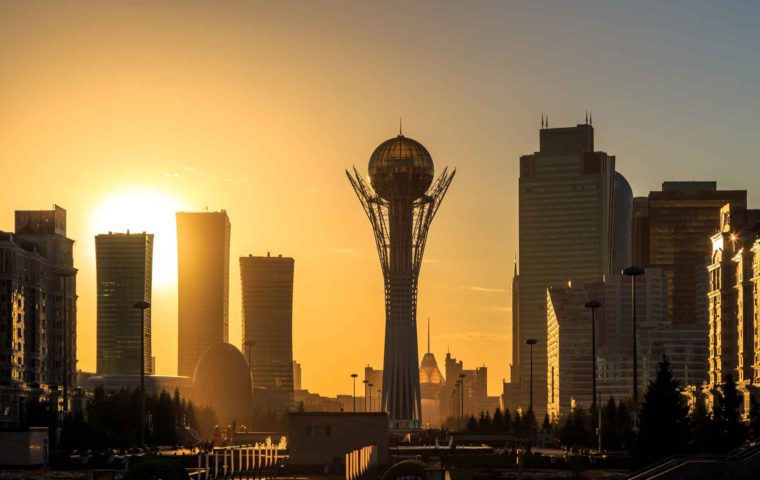 I knew about Astana, the new capital, Kazakhstan’s answer to Dubai and Doha, an instant city in the middle of a windswept northern plain that forces thoughts of Ozymandias upon you unbidden as you gaze up at its shimmering golden towers.

But Almaty is the old capital. Formerly known under various Russian interlopers as Verniy and Alma-Ata, Almaty has been an urban centre since the Middle Ages, and though it has been seen as the back of beyond by the Russians (who used to exile people there, including Trotsky in 1928), it has been one of the centres of Kazakh life for centuries.

Tucked into the base of the lushly forested Ile Alatau mountains, a branch of the Tian Shan range, it looks from a distance like a lost city, and the sense of discovery you feel when you get there could hardly be any greater if you had stumbled on Paititi or Shambhala.

Central Asia is a mystery to many people in this part of the world, known if it is at all as the ‘stans’, the bit between Asia and the Middle East. There are plenty of places in the world that aren’t popular travel destinations, but few that have been the subject of so few books, movies, or any other sort of popular Western culture.

The result is a blank space, an elided place those who lived through the Cold War may have simply known as part of Siberia, the place where dissidents like Solzhenitsyn were sent to shut up or die, preferably both. It was part of the Silk Route, too, though few of us make the connection. 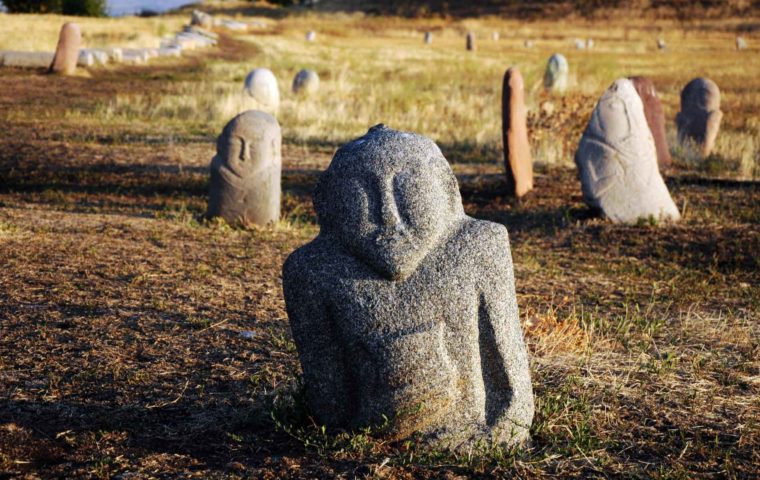 Statues along the ancient Silk Road in Kazakhstan

So wandering through the horse-meat market (Kazakhs love their horses; there are 11 breeds to ride, and one to eat), or taking the tram up Kok-Tobe hill and seeing a skyline that’s neither European nor Soviet nor Asian, or eating a plate of beshbarmak, the national dish of finely chopped meat served on noodles with onion sauce is new in a way that even off-the-beaten-path travel rarely is.

Once you’re done at Kok-Tobe (but not before you’ve found the anomalous bronze statue of all four Beatles), take the tram back down, walk to the curb, and hold your arm out at about a 45-degree angle to your body, and within 45 seconds (the longest I ever waited), a car will stop.

Lean in, tell the driver where you’re going, and for pitsot tenge – 500 tenge, about $2 – they’ll take you wherever you like to go. It’s a sort of nationwide Lyft, avant la lettre, much cheaper, no app required.

Ask them to drop you off at the Caffe del Teatro, formerly Teatralka, an Almaty stable since the 1970s at 51a Zhambyl Street near the grand Abai Opera. Though there’s a 30 per cent discount weekdays between noon and 4, the Mediterranean and Kazakh menu is never very pricey, despite the restaurant’s niche in the city as the place to take your date when things get serious. 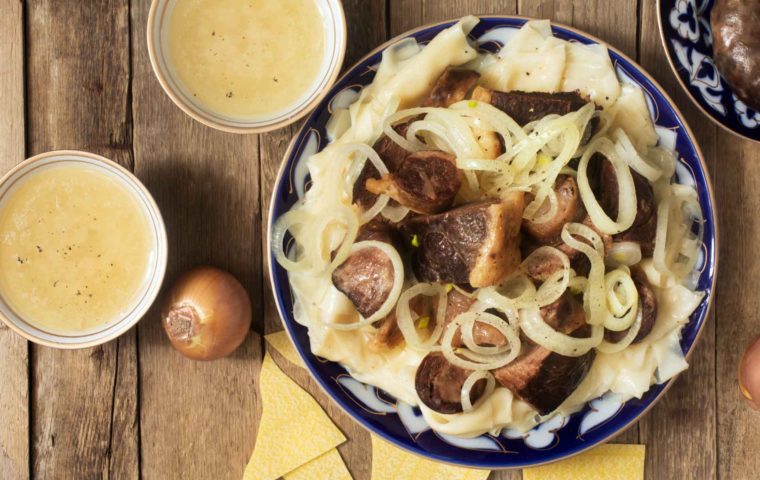 There’s a great hotel across the street, back on Kabanbai Street, the Alma-Ata, mid-rise but long and curvaceous in the mid-Soviet style you see in the best buildings in Belgrade. But in Belgrade, this would be concrete-coloured. In Almaty, it’s sky blue.

Whether you stay there or not, it’s worth a wander through. You can see the Kazakhstan Hotel from there, a couple of kilometres southeast, all vertical ridges with a surprising crown on top making it one of the most distinctive towers in town.

From there, walk a block north and go down into the Almaly subway station. Completed in 2011, Almaty’s underground stations are grand in the way few systems in the world are, with vaulted ceilings and marble everywhere.

Take the train to Abay station, and take a walk around the Central State Museum. You’ll find various artefacts of national and historical significance, but be sure to look out for the cultural costumes room.

We like to think we’re pretty multicultural in Canada, and certainly in Toronto, it’s about as multicultural as it gets, but the entire nation of Kazakhstan is home, the museum contends, to more than 140 ethnicities, many of which barely register on our radar. 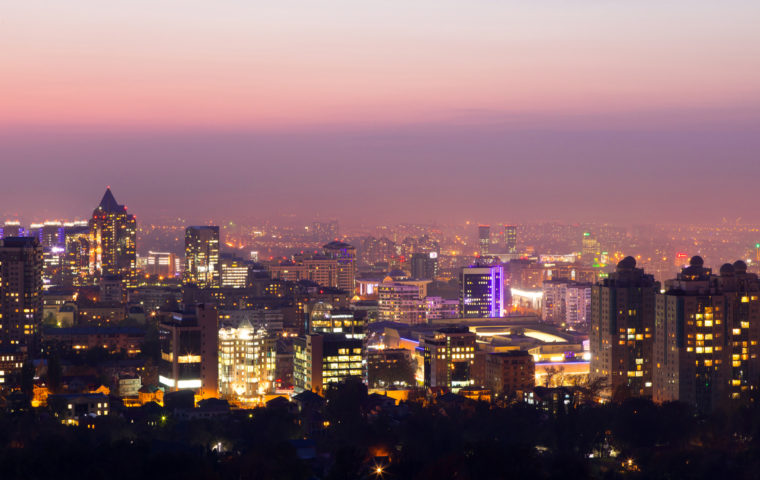 Russians and Koreans are big communities, but so are Tartars and Uigurs, Karakalpaks and Karachays.

Though the government’s all up north in Astana, Almaty is the cultural heart of Kazakhstan.

It’s a city of museums and concert halls, restaurants, bars, night clubs, and public art that tells the story of a complex set of cultures that begs you to dive into.

For more stories and the latest in tours and events, subscribe to our weekly newsletter at wheelandanchor.ca