Why haven’t you been to Colombia yet?

Colombia is the place everyone wants to go.

It used to be Peru, but as people are getting used to the exoticism, and selfies, people are still going in droves – there is a lot to do in Peru – but the frenzy that imbues the speech of people who have just discovered a place, just heard the words ‘Machu Picchu’; for the first time, has quietened. 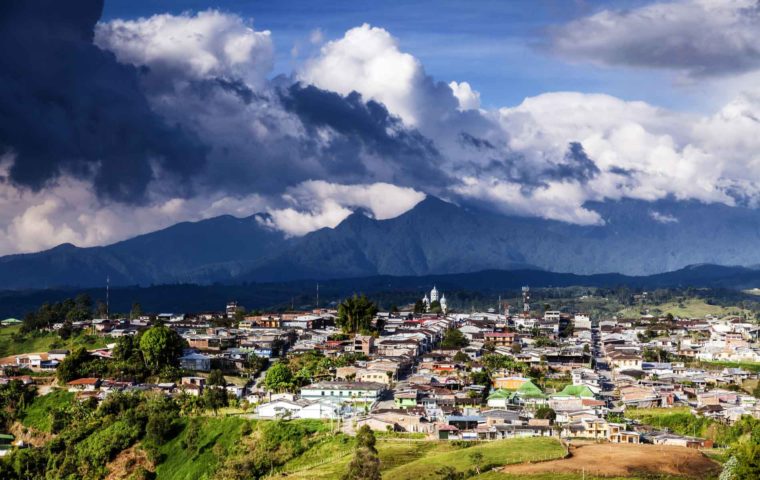 The town of Filandia, Colombia

Now, people are discovering that one of the most beautiful and culturally resonant countries in the world, one they thought was off limits, is not, and actually has not been for some time.

Suddenly, words like Medellín, Cartagena, Calí, Barranquilla, and Bogotá are tumbling trippingly from every traveler’s lips. But of course, there’s also the rainforests, and the Amazon, and the Andes, and the Pacific coast, and the Caribbean coast.

Colombia is on a very short list of nations that have been designated as megadiverse, containing significant proportions of the world’s biosphere, with an especially high number of endemic species.

This means that not only will the birds be pretty, they’ll be the sort you can only see in Colombia. (Colombia has the greatest avian diversity in the world).

In fact, on the list of 17 countries that have been designated as megadiverse, Colombia is second only to neighboring Brazil.

But Brazil is huge – 7 times the size of Colombia, just a little smaller than the US. Colombia, between South Africa and Ethiopia in size, offers easier access to its extraordinary range of creatures, plants, and landscapes.

Bogotá, for instance, the capital and largest city, with a metropolitan population of 10 million, is perched at the top of the Andes, making it the third highest capital in the world (behind nearby La Paz and Quito). 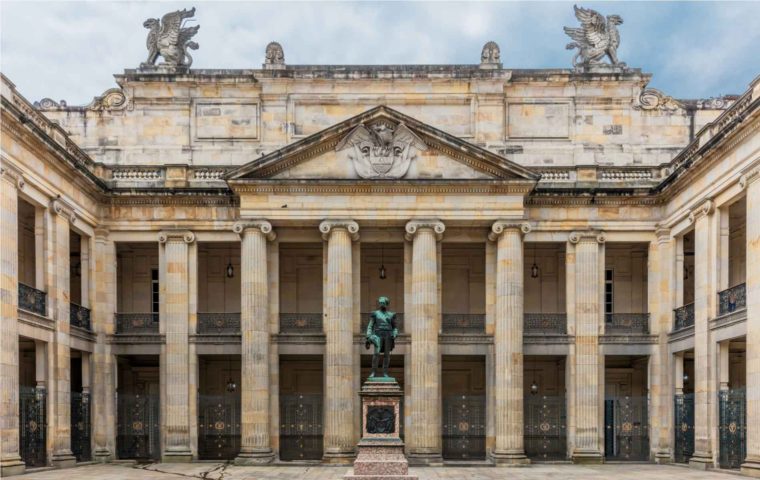 In spite of its height, though, the climate is temperate, with annual average highs and lows not going above 20 or below 8.

It rains, about a meter a year, with most of it coming in April and May, and October and November. But this only adds to its shadowy, misty character, a sort of film noir come to life.

Calí and Medellin (be sure to pronounce that double L as a soft J when you visit) are also set up in the mountains, though their characters are quite different, both from each other and from the capital.

Calí, founded in the early 16th century, has not been precious about its development, meaning there are a lot of new buildings, and neighborhoods cater to residents for the most part rather than tourists.

But it’s for this very reason that many come away from a trip across the country with the strongest sense of what’s like to be Colombian coming from their time in this roughly Toronto-sized city.

Known for its salsa clubs, the Calí Fair then runs every Christmas week, and as being the sports capital of Colombia.

There are old churches, and some monument overlooking the city you can visit, but Calí is where you want to go to live like a Colombian.

Medellin, on the other hand, has been ready for its international close-up for a long time.

Known in Colombia as the City of Flowers for its horticulturally friendly temperate climate, it’s also the birthplace of Fernando Botero (b. 1932), a painter and sculptor whose work you’re undoubtedly familiar with, even if you can’t always put a name to the taut, round faces. 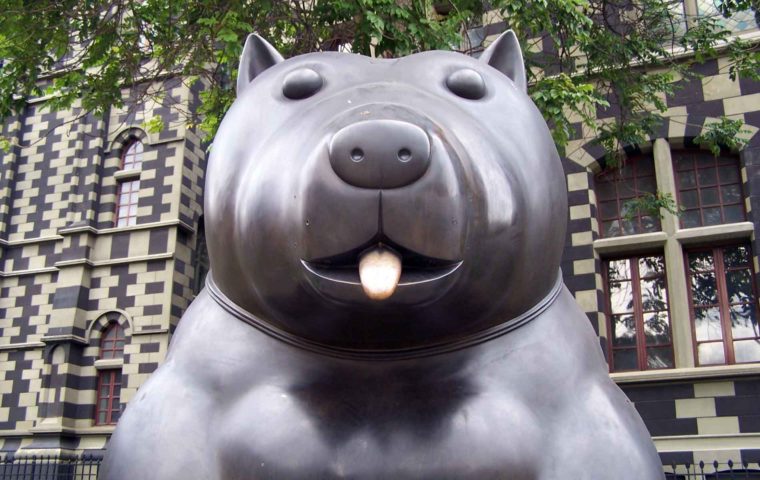 One of Botero’s famous statues in Medellin

His work is naturally everywhere, including public spaces, but you’ll want to see the Museo de Antioquia, with its 23 Botero bronzes out front (and much more inside). He has described his distinctive style as being heavily influenced by his childhood in Medellin, its churches, and its people.

Though he lives most of the year in Paris these days, he has called himself the most Colombian artist alive.

It’s one of those one-stop destinations that, if you wanted to, you could just go back to again and again, year after year, spending one trip in the mountains, another in the forests, the next flitting from one city to the next, and yet another on its beaches.

And what beaches they are.

Unlike most warm nations with sandy coastlines, Colombia’s Caribbean coast is home to its most serious culture, the birthplace and lifelong point of reference for the most influential writer of the late 20th century, in any language. 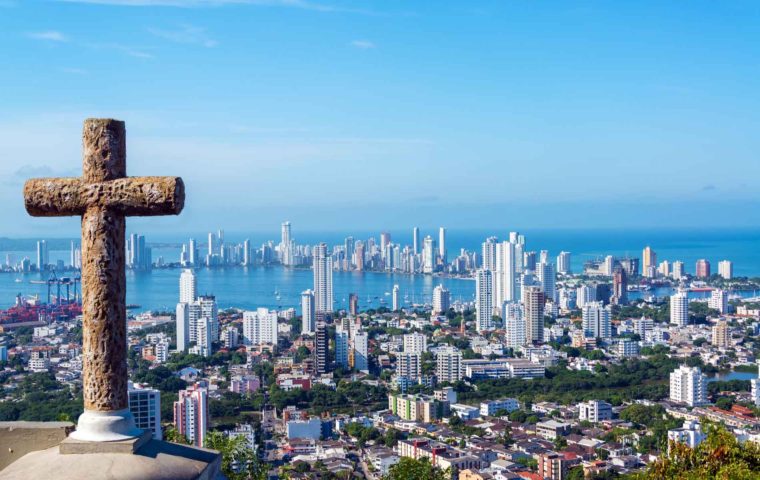 A view of the Caribbean above Cartagena

Though Gabriel García Márquez moved to Mexico City in 1968 and never left, Caribbean Colombia infused his epochal novels to an extent that few places have ever influenced a writer’s work.

From the rapacious injustice of corporate colonialists to the Indigenous influence on the people’s relationship with their land and everything that inhabits it, this is the part of Colombia that any fan of One Hundred Years of Solitude, Love in the Time of Cholera, and No One Writes to the Colonel is intimately familiar with, whether they know it or not.

As Shakespeare is to the UK, Abai to Kazakhstan, or Goethe in Germany, Márquez has not only permeated every aspect of contemporary Colombia culture but is also its greatest ambassador, the one who, more than likely anyone else (with the possible exception of Botero) has defined for the world what it means to be Colombian.

So you’ll want to go the beach then. And maybe even Aracataca, the great man’s hometown a little inland from the major Caribbean cities of Barranquilla and the walled city of Cartagena.

Founded in 1533 and named after ancient Carthage, Cartagena was one of the first UNESCO World Heritage Sites and frankly, it makes a lot of the others look bad.

With museums devoted to gold, emeralds, and the Spanish Inquisition, old dungeons that have been turned into a gorgeous arcade of boutiques, and those walls, and those beaches, not to mention temperatures that rarely leave the 20s, Cartagena really should have its own entry here. 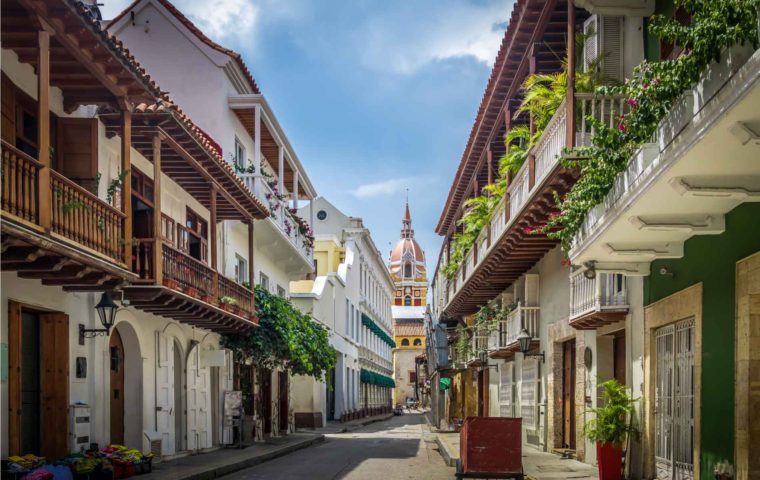 Actually, yes, it should. Check back here soon, and I’m sure it will.

In the meantime, snoop around Colombia online, check out the Wheel & Anchor Colombia itinerary magazine, and think about making Colombia your next stop.

Intrigued? Wheel & Anchor is going to Colombia in April 2019…grab a cup of coffee and check out the full details page here!