How To Tell A Great Travel Story

It’s the day after you returned from your latest travels around the globe – and oh, the things you have to tell friends and family! The things you’ve seen!

You’ve got your slide projector set up, or your laptop open, and everyone’s there, eager for your best stories.

This is going to be great. 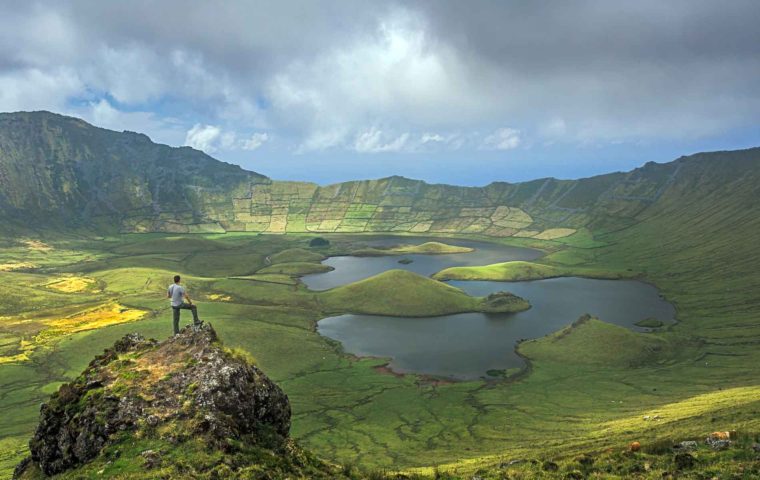 A view from the island of Corvo in the Azores

Half an hour later, you’ve just clicked through your hundredth slide, and you feel like something has its hand around your throat. Everyone’s eyes have glazed over.

They’re just not feeling it – and neither are you, because what you’re saying is entirely failing to capture the magic you saw and felt out there.

It’s becoming clear that to tell a good travel story, you need more than just a bunch of great experiences.

The good news is that storytelling is a skill. You’re not born with it. You acquire it, from absorbin great stories and from watching people who can spin a fine yarn.

Anyone at any age can fine-tune their narrative skills so they’ve know how to hook and enthrall any audience (and impress those who think they already know you).

Here are five ways to get started.

Any good drama is made of a series of scenes. The same is true for travel stories – although you also have the option of zooming out and telling the big picture using well-chosen words and images triggering your audience’s imagination.

But mainly, it’s scenes. Small, intimate moments that your audience can really imagine themselves being in the middle of.

What would grab your attention quicker – a discussion of the wider economics of the Azerbaijani carpet trade, or a scene where someone’s actually trying to buy a carpet? 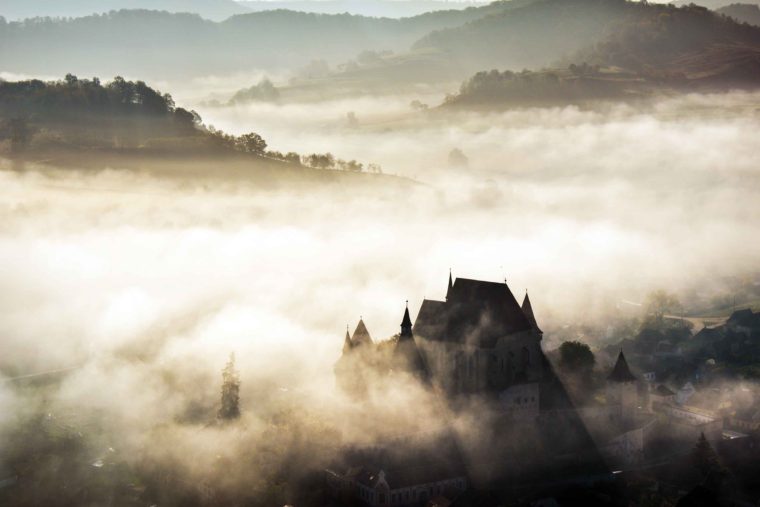 Telling someone about a moment of time will make them feel like they’re really there, in a way you can never achieve with lists of unconnected facts and figures.

Professional journalists know that the power is always in the details – especially those details picked up by the senses.

If you show a picture of what a place is like, you’ve covered just one of those five senses (and probably insufficiently – isn’t it annoying how everything looks smaller when you take a photo of it?).

So fill out the scene by describing the smells, the sounds, how things felt when you trailed your fingers against them, how that food really tasted when all those flavours exploded on your tongue.

2. BE OPINIONATED (BUT FAIR)

The first rule of storytelling is: you’re biased.

Because of course you’re biased. You went to a new part of the world carrying a collection of assumptions and viewpoints about life – better known as “your personality” – and you had some of those biases challenged, and others confirmed. 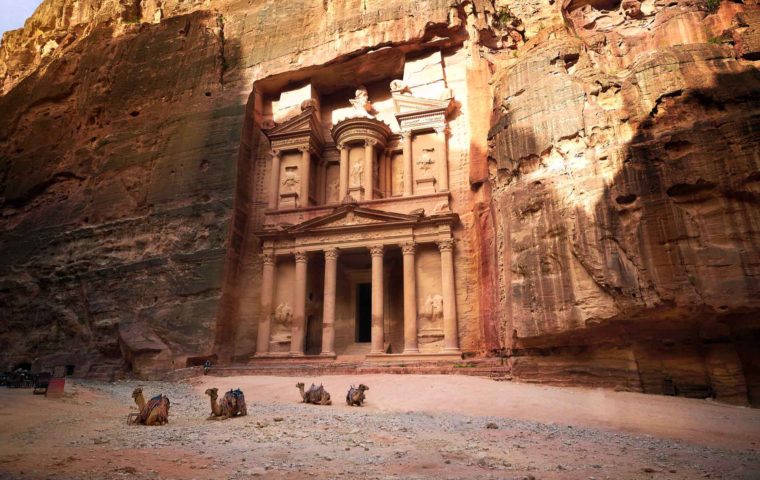 That’s also how great characters in stories are constructed, and if you want your audience to care about you as a character, or about the people you meet, then you won’t pretend that bias doesn’t exist.

This isn’t saying you’re allowed to be unfair, of course. Your audience will certainly tune out if you present your biases unsympathetically (or at least they’ll have some very pointed questions to throw at you at the end).

But it’s you telling this story, not Wikipedia. Don’t pretend otherwise.

Ever seen an episode of something on TV that starts with a short but super-dramatic scene that ends on a cliffhanger, following by the fateful words “10 hours earlier”, or something similar? It’s called a flash-forward or cold open – and it’s one of the most powerful ways to start a story.

Here’s how you apply it to your own travel story.

(i) Take your entire journey and look for the most exciting and dramatic part – a scene where something really exciting, funny or interesting happened. 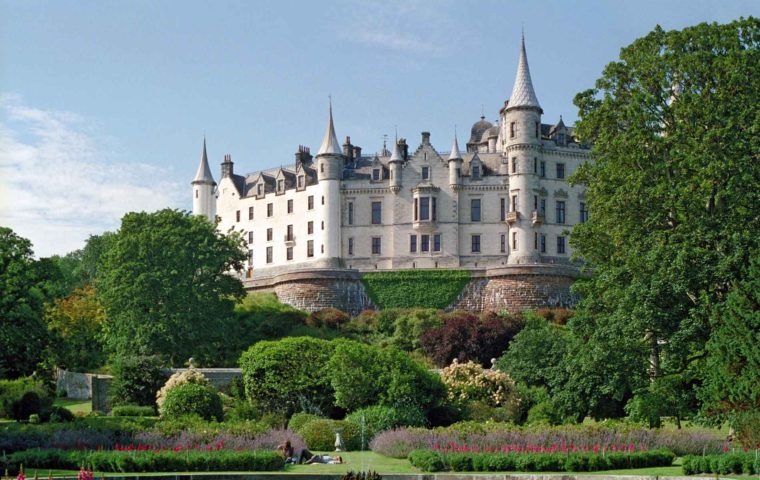 (ii) That part of the story – that scene – ended with a moment of resolution.

You were walking through the jungle and a snake fell on your shoulders, but it was ok because it was non-poisonous.

You missed your ongoing flight connection – but the airline were great and sorted you out with a room for the night, before booking you on the next flight.

Whatever happened, things were more or less OK afterwards. What was that “OK” moment?

(iii) Remove that moment of resolution from your cold open, so you leave your audience hanging about what happened next.

Dangle them off that cliff of tension. After all, if you deliver a resolution right now, they’ll have everything they need, and no reason to keep reading or listening.

So don’t. Leave the resolution until later. Hook them, but don’t release them until much later in the story.

Do this, and they can’t stop listening. They have to find out what happens next.

It’s worked a million times with a million stories. It’ll work for yours too.

4. POKE FUN AT YOURSELF

Audiences love it when things go wrong. The greatest and most popular travel stories can be summed up in the following way:

(a) “I decided to go somewhere and do something.”

(b) “I did it almost entirely the wrong way.”

Most of the time, this is a recipe for hilarity.

Bill Bryson has built an entire career on this story structure, using his apparent bumbling ineptitude as the butt of most of his jokes – but even more sober and serious writers rely on things going wrong to create the tension that keeps their audience gripped.

The great thing about using yourself as a figure of fun is that you never have to ask for permission, and you’re never being mean – just self-deprecating, which has a charm all of its own for the best (and funniest) storytellers.

So go ahead. Revel in your clumsiness. They’ll love you all the more for it.

“I walked to the edge of the Acropolis and looked down, across the darkening sweep of Athens, my legs like jelly, my heart thumping.

It had been one of the worst days of my life, everything had gone wrong – but here I was. A lifelong dream, fulfilled and a day’s adventure, plucked from the jaws of defeat. I’d made it!. 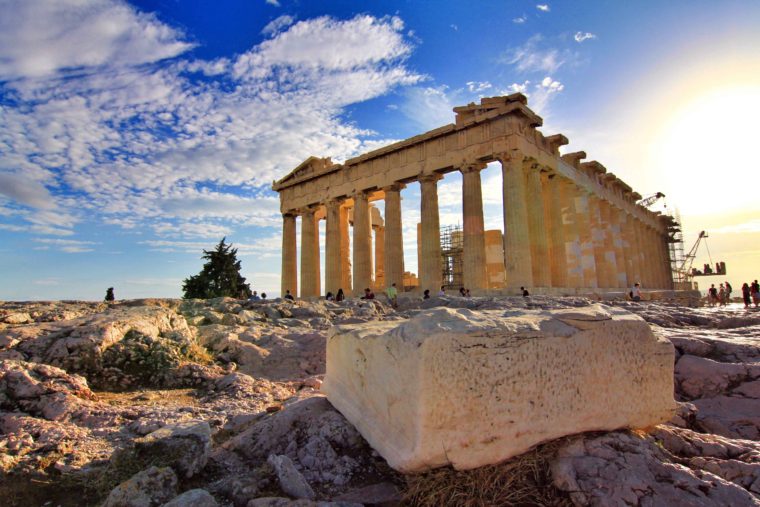 The Parthenon in Athens

So anyway, then I turned around and a few hours later I found this nice little place that sells gorgeous dolmades (that’s vine leaves stuffed with rice).

There are lots of quality eateries in the Plaka district, and they stay open well into the small hours because Athenian people never go to bed! I had another beer. The really great thing about Athens is…”

The way you end a travel story is a big part of how your listeners or readers will remember it.

So end well — solidly, or with a flourish, or if you’re feeling really brave, a line that unlocks some key aspect of everything that’s gone before, so it continues to unfold in the reader’s mind after they walk away. (If you can do that, you’ve a true master of the craft.)

You’re like a house-guest in your audience’s imagination. Don’t overstay your welcome – and make sure you always know where the door is.