Soak Yourself in a Japanese Tradition

I remember the two of us weak from sickness, watching as the Japanese server, in her traditional robe, opened the sliding screen door of our room in the ryokan.

Perched on a cliff, we saw the fishing fleet sail home, toward us, as the sun sank in the Sea of Japan.

Twenty minutes later, our waitress served us the first course of fresh fish, as we say on the floor at a low table, dressed in our traditional yukata summer robes. 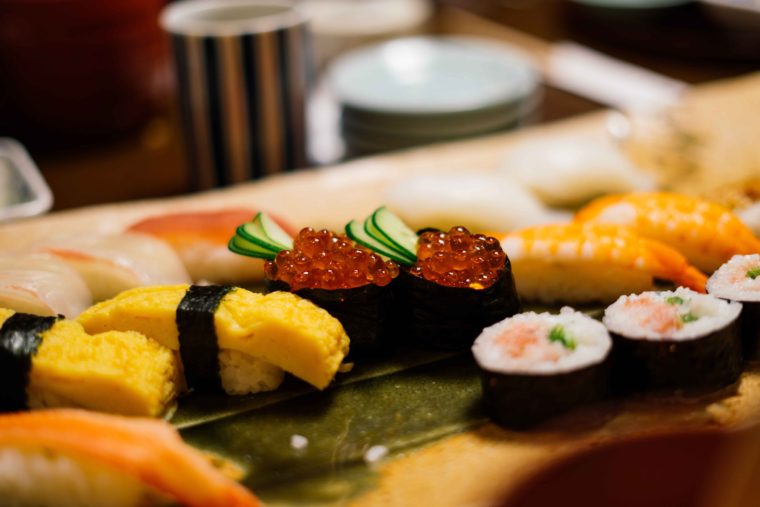 Unlike the cold, refrigerated sushi we normally ate, this fish was as warm as the sea, with a sublime, delicate flavour.

Then course after course of the kaiseki meal came, with fish cooked many different ways, pickles, vinegar salad, seaweed in different forms and rounds of hot sake poured by the waitress in the privacy of our room.

The two of us were travelling on our Japan Rail Pass on the island of Shikoku, trying to shake off the lingering effects of a bout of flu. Stopping at a Japan Travel Bureau in a train station, we decided to splurge on a stay at a traditional Japanese inn.

Like many ryokan, it was paired with an onsen, a hot spring bath boasting heated, sulfurous mineral waters renown for their recuperative powers.

GET CLEAN BEFORE BATHING

During the day, we would walk the cliffs and shorelines in our yukata. Then we’d return to the ryokan to take a hot spring bath. The baths were divided into men’s and women’s sides.

After taking off our clothes and storing them in a locker, we’d go to a tile room, where we sat naked on low plastic stools, facing a mirror and taps with handheld shower head.

In Japan – whether you are bathing publicly or the privacy of your own home – you always clean yourself before you enter the bath. So when you sink chin-deep in the hot waters, it’s all about relaxing and enjoying the therapeutic effects.

Following the lead of the Japanese in the onsen, I’d fill a small plastic tub full of hot water and dump it over my head again and again, until I was thoroughly soaked.

Then I applied soap to my long hand towel and cleaned every inch of my body, before thoroughly rinsing again. 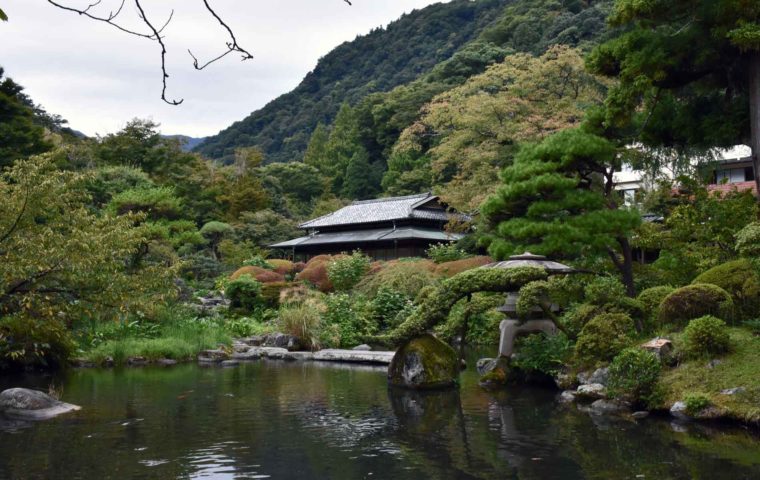 A Ryokan in Japan

Then it was off to the hot baths themselves. These included a series of pools inside and outdoor pools beyond, with views over the sea.

I could hear my friend on the female side, beyond a dividing wall, trying out her guidebook Japanese on giggling women who responded in broken English.

You would be boiled alive if you ever jumped directly into the hot spring waters themselves, so cold water is always mixed with hot to make it bearable. (Some hot springs, near Nagasaki, were used to boil alive Christian rebels after the failed Shimabara Rebellion.)

Even so, the hottest pool was so hot that I had to lower myself in in painful inch by inch, and soon looked like a cooked lobster.

To test my heart strength, I went from the hottest pool plunged into the coldest one, which was so frigid I could almost hear my pores snap shut. I managed not to scream and got nodding approval from a smiling Japanese bather.

If you want to experience traditional Japan and get to know Japanese people, an onsen ryokan resort can’t be beaten. Everyone is relaxed and friendly, and even chatty, with their guards down and clothes off (at least in the baths). 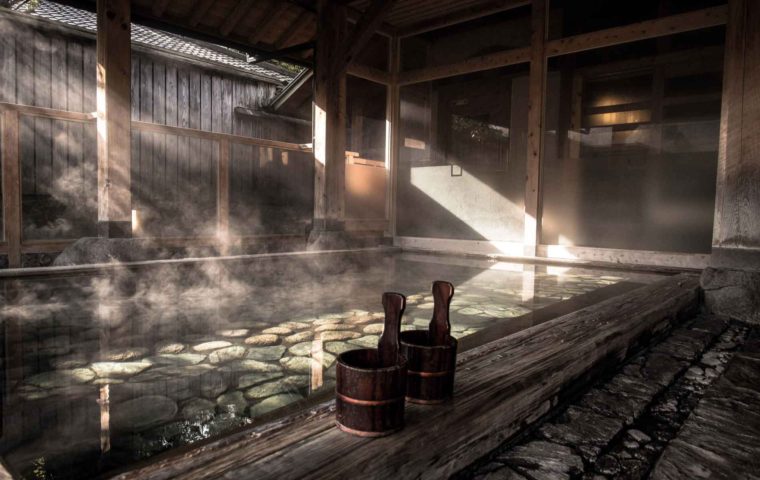 These ryokan are a centuries-old tradition. In fact, the world’s two oldest hotels are ryokan. The oldest, Nishiyama Onsen Keiunkan, in the foot of the South Japanese Alps, has been run by 52 generations of the same family, for more than 1,300 years, dating back to 705 AD.

So it predates the Vikings coming to North America or the formation of the Kingdom of England.

The world’s second oldest hotel, Hoshi Ryokan, opened 13 years later, and is about a six-hour drive from the Keiunkan, near the Sea of Japan.

After unwinding in an open-air bath, you can dine on a kaiseki feast made from local Hokuriku seafood and mountain vegetables.

While ryokan can be quaint and traditional, they can also be as luxurious as any five-star resort. For example, when you arrive at the Zaborin, in Hanazono woods of Hokkaido, you are treated to a cup of of matcha prepared by a 60-something tea master, before retiring to one of 15 villas.

Each boasts its own private indoor and outdoor hot spring baths, and you have a choice of Western or traditional accommodations. 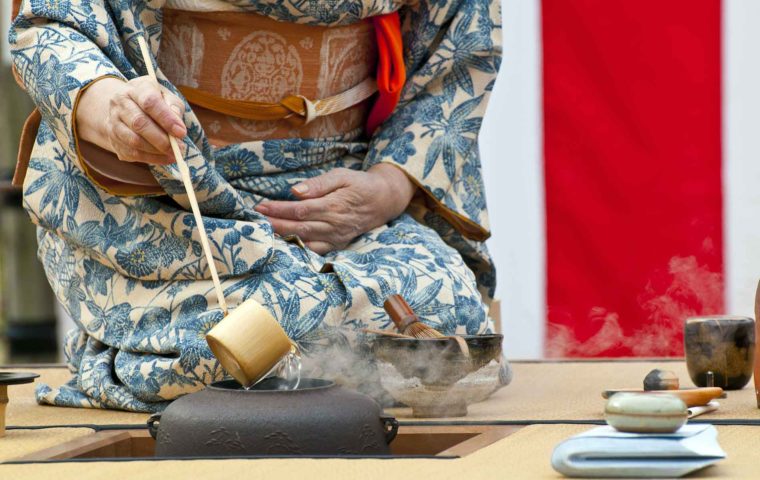 Or Japan’s capital now has its first luxury ryokan, Hoshinoya Tokyo – a tranquil sanctuary in the bustling heart of the city.

For dinner, you can have a French meal with a Far East spin, using Japanese ingredients and methods of preparation. After watching a juggling show with complimentary sake, you can soak in the onsen, staring at the night sky through a glass roof.

Of course, there are all manner of ryokan, ranging from small family-run establishments with a few rooms to huge hotel-like ones with hundreds of rooms, and from no-frills affairs to, as noted above, expensive luxury resorts.

As a Westerner, of course, you are not expected to know all the ins and outs of Japanese etiquette, but it helps to know a bit up front, to prevent embarrassing gaffes.

For example, when you come to the ryokan’s genkan (entryway), you should take off your shoes and put on the provided slippers.

Tipping is not usually expected in Japan, but sometimes at a ryokan, you can provide a small gift or tip to staff at the start of a stay (in anticipation of the service you’ll get) – about 1,000 yen per guest, wrapped in paper or inserted in an envelope.

A traditional ryokan room has tatami flooring, futon beds for sleeping and yukata robes for guests to wear. If the ryokan serves traditional Japanese breakfast, it will probably be at a set time – like 7 am – so late sleepers are not accommodated. 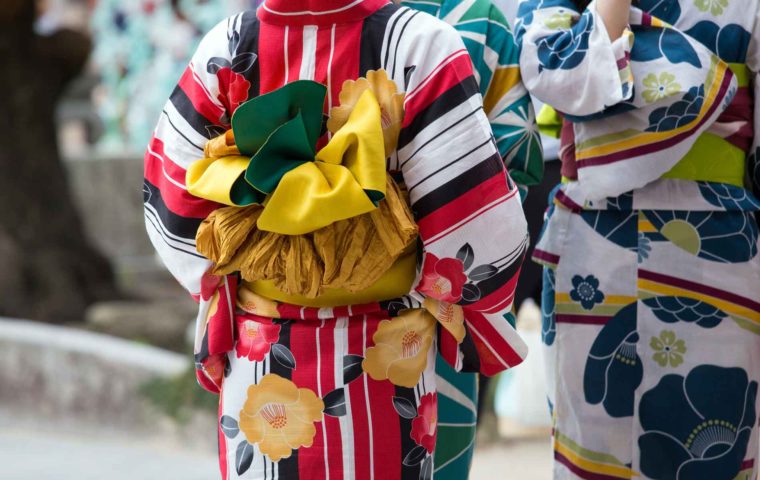 And don’t have your heart set on bacon and eggs. Traditional breakfasts include items such as miso soup, grilled fish, pickles, tofu, rice, salad, boiled or fried eggs, tea and natto (pungent fermented soybeans eaten only by the brave). Some ryokan do have Western options.

In the onsen, as noted above, you must wash or rinse off before you enter the baths. No bathing suits or photography is allowed.

And if you have any tattoos, you’ll need to check the ryokan’s policy. Some establishments won’t let in people with tattoos, because these body markings are associated with the country’s yakuza (criminal gangs.)

But it would be an even greater crime to miss a chance to stay at a onsen ryokan, soaking your cares away in a tradition that connects you to hundreds of years of Japanese history and culture.

And if you’re sick, it’s just what the doctor ordered.