Spies in the Austrian Alps

Some of the greatest travel experiences are those that are unexpected, that happen by quirk of fate.

I’ve been travelling throughout Austria for the past two weeks to uncover what makes their local hospitality some of the most sought after in Europe.

Without revealing any of the details that will appear in my book (which I hope to release by the end of the year), the one thing I did enjoy were some of the surprises along the way.

Just yesterday I happened to end up in the Oetz Valley in the province of Tyrol.

The town of Sölden has drawn skiers for the better part of a hundred years; I had heard about it when I first started in the travel business nearly 30 years ago.

Despite this I never managed to actually go there, but in my quest for new and different travel experiences, on the advice of a friend I drove up the valley to see what was going on.

On the top of a 3,056m (10,000 ft) high peak they built a stunning restaurant, all in glass, which was the mountaintop setting of the last James Bond movie, Spectre.

To my even greater delight, only two weeks ago a museum dedicated to all the Bond films was built inside the summit of the mountain. I was able to take a stroll through 50 years of Special Agent 007’s films while taking in vista’s of some of the highest peaks of the eastern Alps. 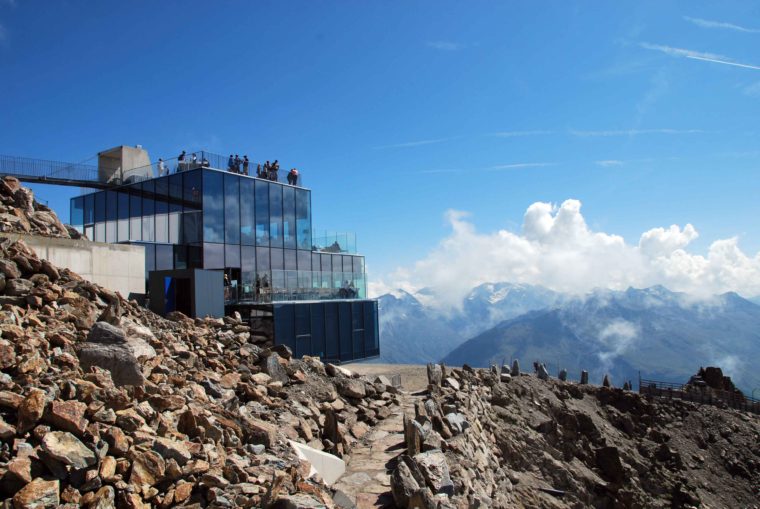 I was also reminded while there that I have actually been to two Bond movie locations in the past year – the other being Udaipur in India, where Octopussy was filmed in 1983.

If you would have asked me on Thursday what I would be doing on Friday, I couldn’t have told you. I certainly did not anticipate finding James Bond on the top of a mountain.

What surprise travel experience have you had that made a great trip into an unforgettable trip ? I’d love to hear about what kind of surprises made one of your trips !