I’m sure you know this story - but who would have guessed it was true?

Our hero Jason was the son of the king of Iolcos, an ancient kingdom of Thessaly, Greece, whose half-brother Pelias turned out to be such a bad sort that he usurped the throne and murdered as many of the king’s descendants as he could get his hands on.

Thanks to a ruse by his quick-thinking mother, Jason escaped capture and was spirited away to safety in the guardianship of the centaur, Chiron. 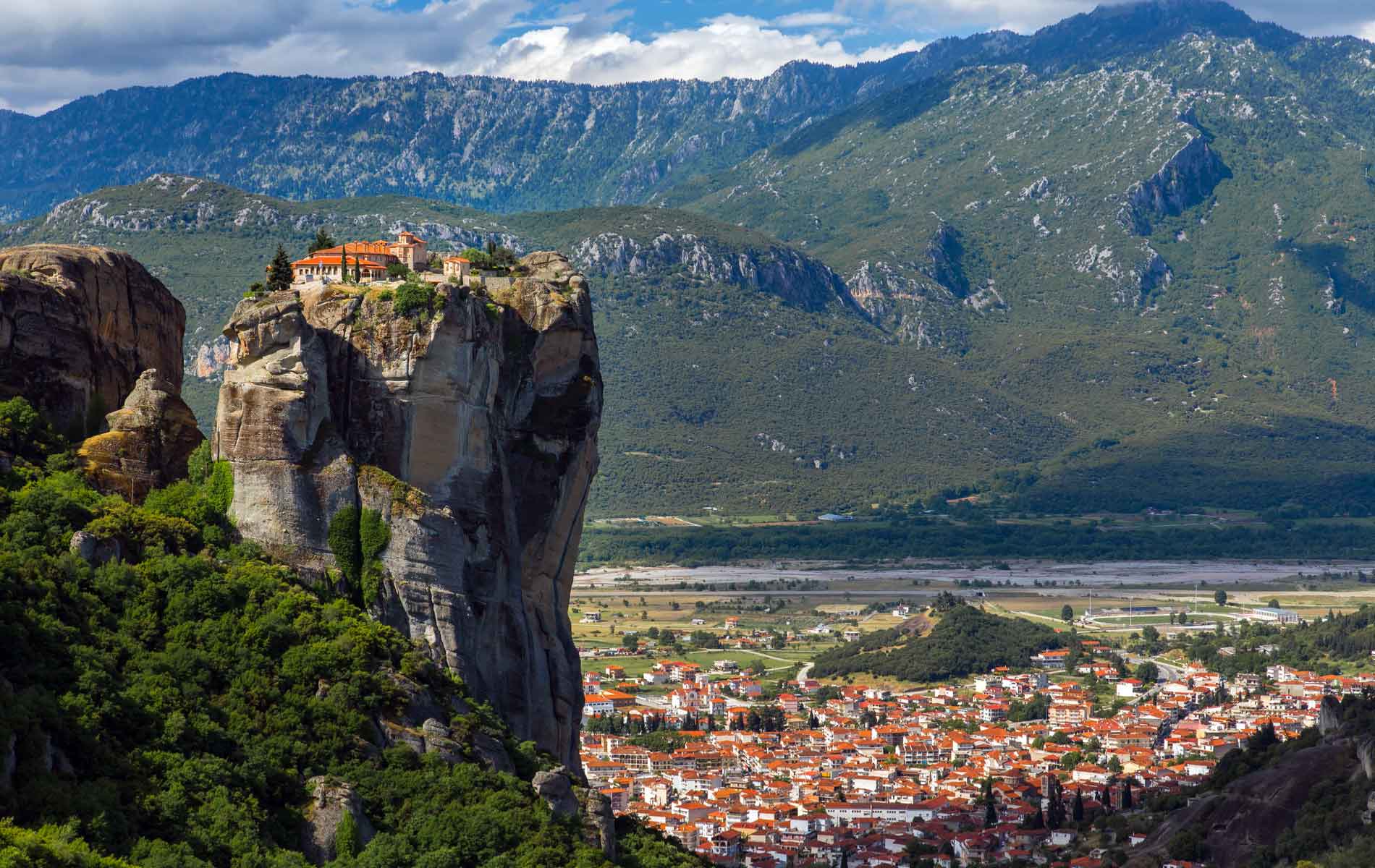 A number of years later, Jason returned to Iolcos to claim his birthright - and ageing, cowardly Pelias, seeking to save his skin by guile rather than violence, set young Jason a challenge he couldn’t possibly succeed at.

Far away to the east, said Pelias, beyond the edge of the known world, was a land of such fabulous and magical plenty that there lay the remains of a very special ram that once belonged to Zeus, the king of all the gods.

Its fleece was made of pure spun gold, and was hung in a cave protected by the very best home security that the supernatural world would allow - a pair of flame-spouting bulls with brass hooves, and a dragon that never slept and could turn its teeth into an army of soldiers.

No problem, announced Jason with all the clueless enthusiasm of youthful heroism.

He assembled a team of grizzled warriors to sail with him in his ship, the Argo - and the “Argonauts” sailed east into danger, mystery, romance, tragedy and ultimately triumphant victory, returning years later with the Golden Fleece in hand. Then everyone lived happily ever after.

Okay - not so much, in matter of fact. Like most ancient Greek myths, the epic poem Argonautica caters to the country’s insatiable passion for tragedy.

After great personal misadventure and immense suffering, Jason ends up being killed when the main beam of the ruined Argo collapses on him and squashes him to death.

Perhaps unsurprisingly, this final scene is left out of most modern retellings of the story. We like our endings breezy and light.

But on the whole, you know this story. It’s stirring, evocative, otherworldly, and of course, grandiose fiction of the highest order. You’d have to be mad to believe otherwise.

Incredibly, there are now signs that we’re mad for doubting the truth of it.

It’s long been known that Jason and his Argonauts sailed east, through the Bosphorus and into the Black Sea, on a route retraced in 1984 by the British explorer Tim Severin in an authentic replica of the Argo. 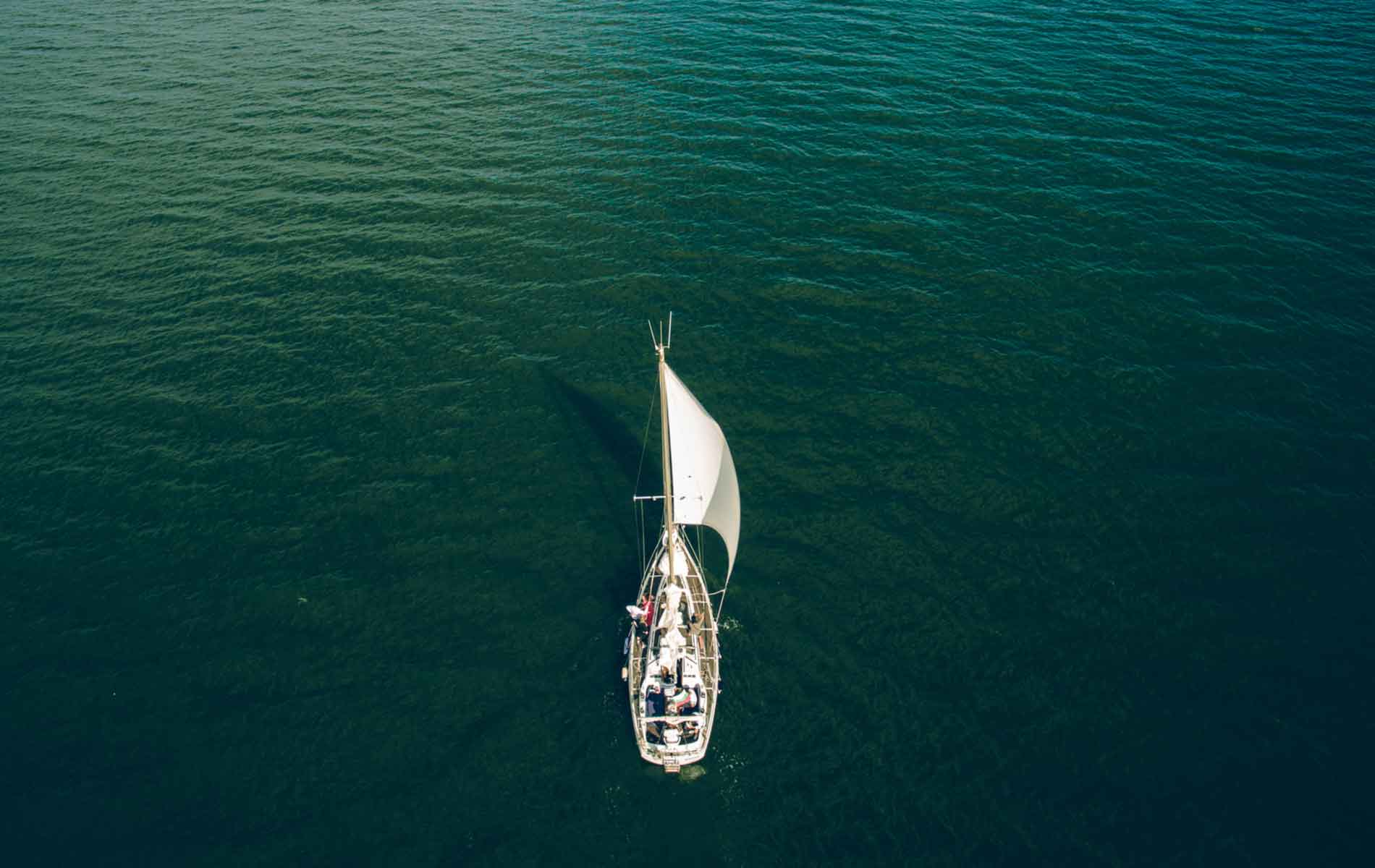 A yacht on the Black Sea

We know the Argonauts sailed until they reached the kingdom of Colchis - which is now modern-day Georgia. And we know that the main events of the Fleece-oriented side of the tale happened in and around a city that became Kutasai, one of the cities along the route of our very own Georgian odyssey.

But now, as is the case with most ancient history, everything collapses into speculation and conjecture.

As you’d expect from a 3,000 year old story, there’s no clear origin point for the tale, perhaps because it existed as oral history for centuries - and that raises lots of questions about the amount of distortion and embellishment every time it was retold.

Was there ever a real Jason? No definitive archaeological evidence has been unearthed, and probably never will be, since it’s so incredibly hard to pin relatively recent remains to firm names and dates without a documentary record.

Was there ever a journey of the Argo across the Black Sea? No way of knowing.

This is also where the story blurs into metaphor. Many historical legends tell the truth, but only in aggregate.

There were undoubtedly many Argo-like journeys from Greece into the Black Sea, so maybe the Argonautica is meant to represent all of them, centuries of opening trade routes and all the human stories that come with them?

The same could be true of the Golden Fleece. It could mean the expansion of royal power. It could be a metaphor for the growing wealth of Colchis.

It could even be as prosaic as a figure of speech for the golden sun glittering on the sea along the horizon.

All very woolly (pun intended) and frustrating - leading most archaeologists and historians to throw their hands in the air and walk away. You can’t blame them. 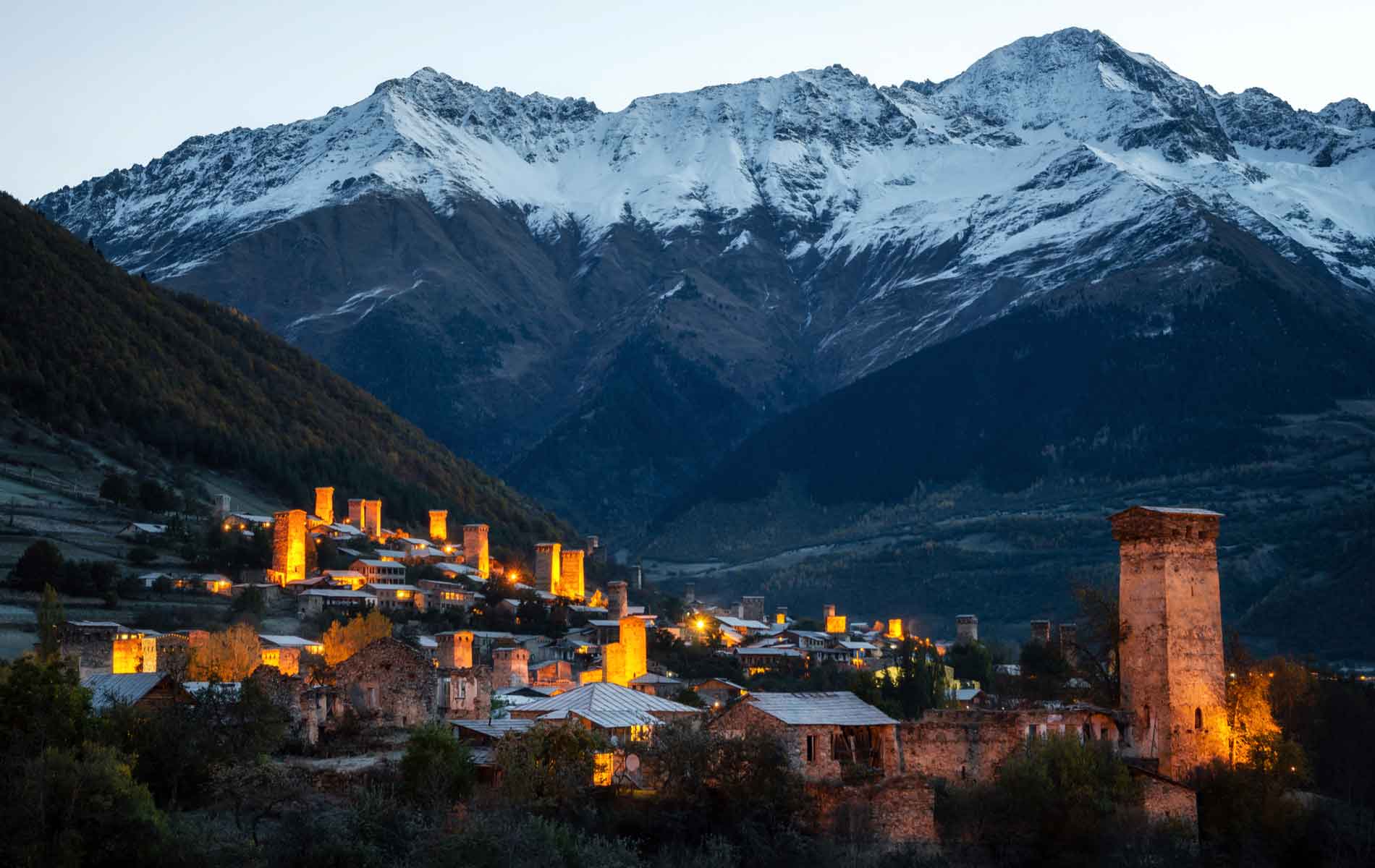 However, one Georgian geologist refused to give up. Between 2002 and 2010, a team at Ilia State University let by Avtandil Okrostsvaridze ran extensive fieldwork in the coastal side of Georgia’s Svaneti region, where Jason allegedly came ashore.

Instead of looking for traces of individuals (the kind of impossible challenge Pelias would have favoured), they looks at the rocks. It was true that gold was found in the area - but how much, and how was it mined?

In modern-day Svaneti, the rivers still run with gold. Not much - just a few flakes here and there, tiny particles rubbed away from the underlying rock. After analysing over a thousand rock samples, the team concluded:

"We think, from our investigations, that the bedrock and placer gold contents of this region give grounds to believe that there was enough gold in this region to describe Svaneti as 'the country rich of this noble metal'."

And the way this gold was collected? You guessed it: with sheepskins, stretched over wooden frames, probably in a similar fashion to how alluvial gold is “panned” by enthusiasts today:

"The end result of this technique of gold recovery river gravels was a gold imprinted sheepskin, giving rise to the romantic and unidentified phenomena of the 'Golden Fleece' in the civilised world."

It’s the first time geological research has been used to back up this theory in such a compelling way - but in fact, they’re not the first to suggest it.

The Greek philosopher Strabo (64 BC - 24 AD) seems to have suggested it first, echoed by the Roman historian Apian Alexandrine around a century later. But until now, there was no hard data to back it up.

Jason, then, could have been real - but perhaps he was the wealthy sponsor of an expedition designed to either plunder gold from the Georgians or acquire the precious techniques of mining alluvial gold that the ancient Georgians had perfected. 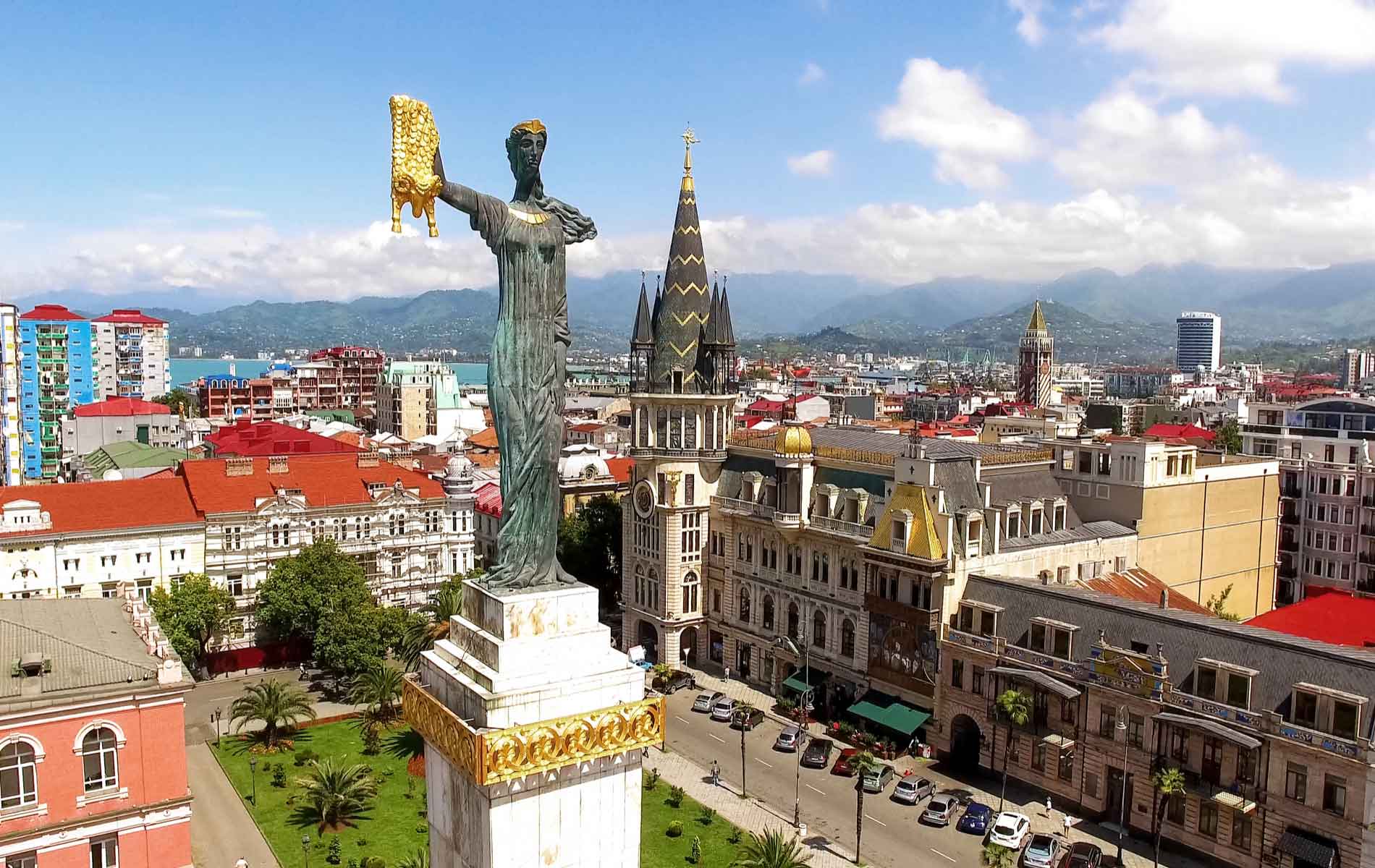 A statue of Medea holding the Golden Fleece in Batumi, Georgi

For now, the rivers of Svaneti may be about to experience something of a minor gold rush.

Local prospectors have known of the presence of gold for many years, and using sheepskins and wooden vessels, some claim to be raking in around 30-40 grams of gold for the 3 months of the prospecting season, when the rivers are running at the right speed for it.

This translates to an income of maybe $1500 USD (not to be sniffed at, when the average monthly wage in Georgia is around $400 USD).

Three thousand years later, it seems the Golden Fleece has lost none of its power.

Wheel & Anchor will be exploring the history, stories, and wine of Georgia on our upcoming tour starting October 3...stay tuned for photos!