From Narrowboats To River Cruises: The Future Of Luxury Travel Is Afloat

You wake - and a for a second, you wonder if that wine you drank last night was a lot stronger than it tasted, because the floor is moving. Just a little. A gentle rocking motion, and the sense of movement....

Then you remember. You dress hurriedly, open the doors to your room, walk down a corridor, find the exit - and step out onto the sun deck, into a cool breeze that smells of flowers.

A few metres away, the banks of the Elbe slide past, giving way to vineyards and a distant castle - and somewhere ahead of you on the boat, an open door wafts the smell of hot croissants your way, making your stomach rumble.... 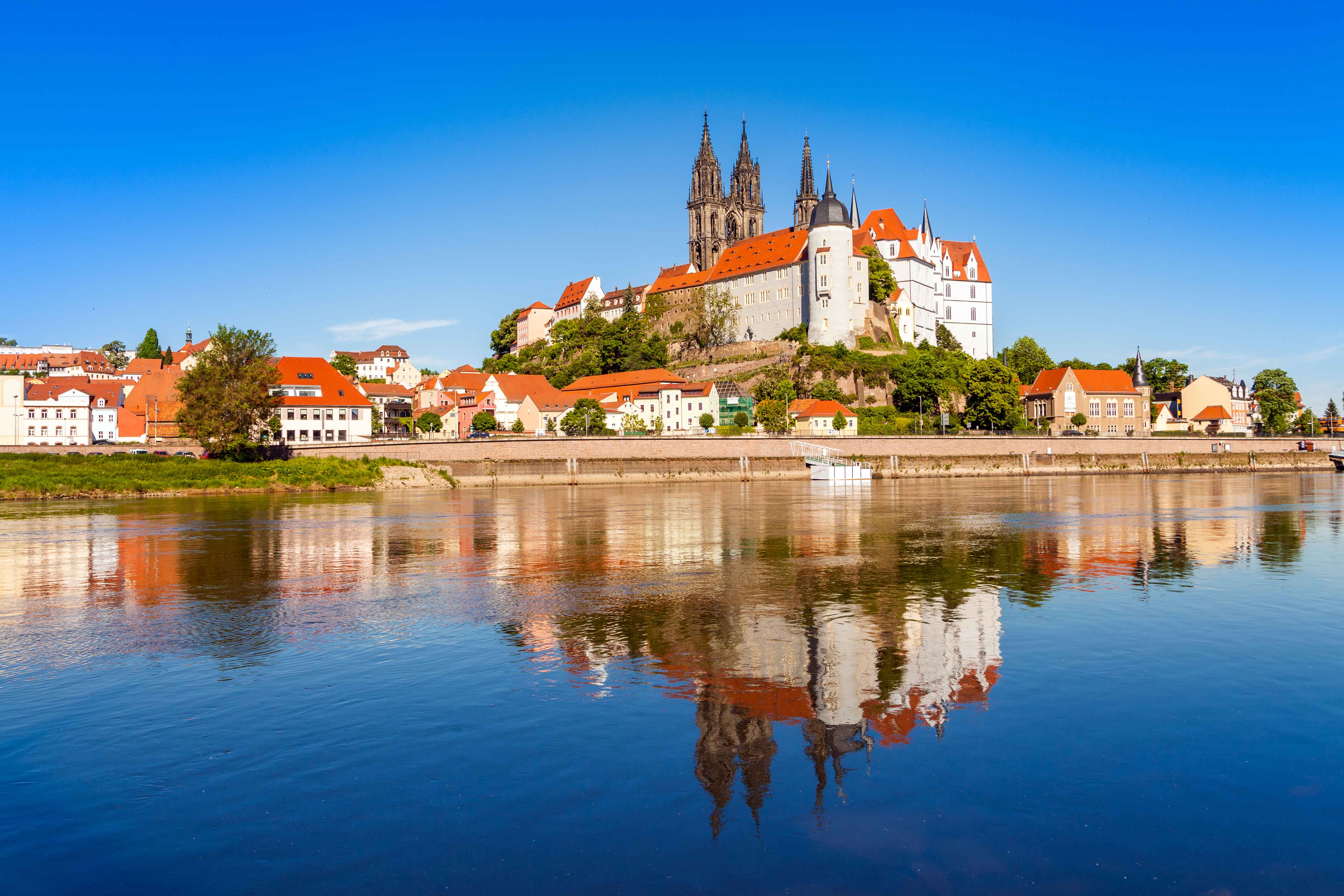 Albrechtsburg Castle in Meissen, along the Elbe

Your first river cruise is off to a fine start.

On an international scale, living on the water is not quite as exotic as it first seems. The on-water people of Southern China, formerly referred to by the now-derogatory term Tanka, have been living in boats since before the Ming Dynasty (1368 AD).

Undoubtedly world history is filled with many more examples that we have absolutely no archaeological evidence for, because how could we?

However, pleasure-boating is very much a new invention.

Take its modern ancestor, the British narrowboat. It emerged from the Industrial Revolution as a way to haul goods down canals for long distances, back when waterways were the fastest and most energy-efficient way to move heavy goods around.

At first the boat was pulled by a horse trotting along the towpath, but the development of the diesel or petrol engine (it’s usually diesel these days) meant a greater level of freedom and autonomy. 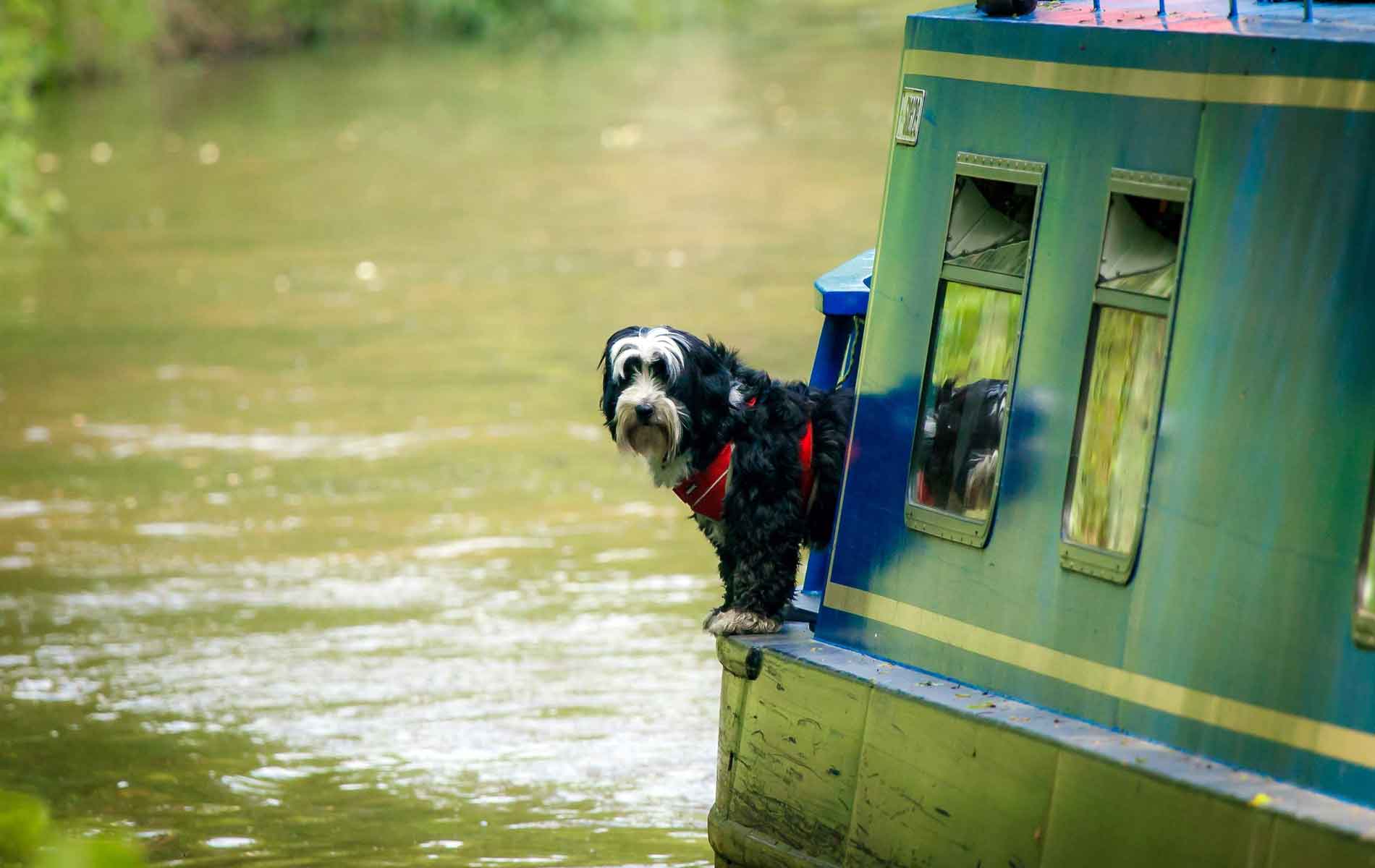 Unfortunately, people started living on narrowboats for the very worst of reasons.

The advent of the railways hit canal-haulage hard, meaning narrowboat pilots had to squeeze every last drop of productivity from their vessels - and soaring rent prices on land were the push they needed to kit out their cabins with a bed, a rudimentary kitchen and everything that signifies home.

It was frowned upon and increasingly legislated against, but many did it because they had no alternative.

These days, narrowboating is pleasure boating, start to finish. The canals and rivers of Britain see a tiny fraction of the freight they used to carry, so the fun-seekers have taken over.

Narrowboats are also highly desirable as floating homes for younger generations longing for a bit more excitement in their lives (and wanting to stay off the UK’s increasingly expensive property ladder).

Take the story of Susan Smillie’s 10 years afloat in the middle of London, or the home of professional adventurer David Cornthwaite. Every year, more and more people want their own narrowboat. 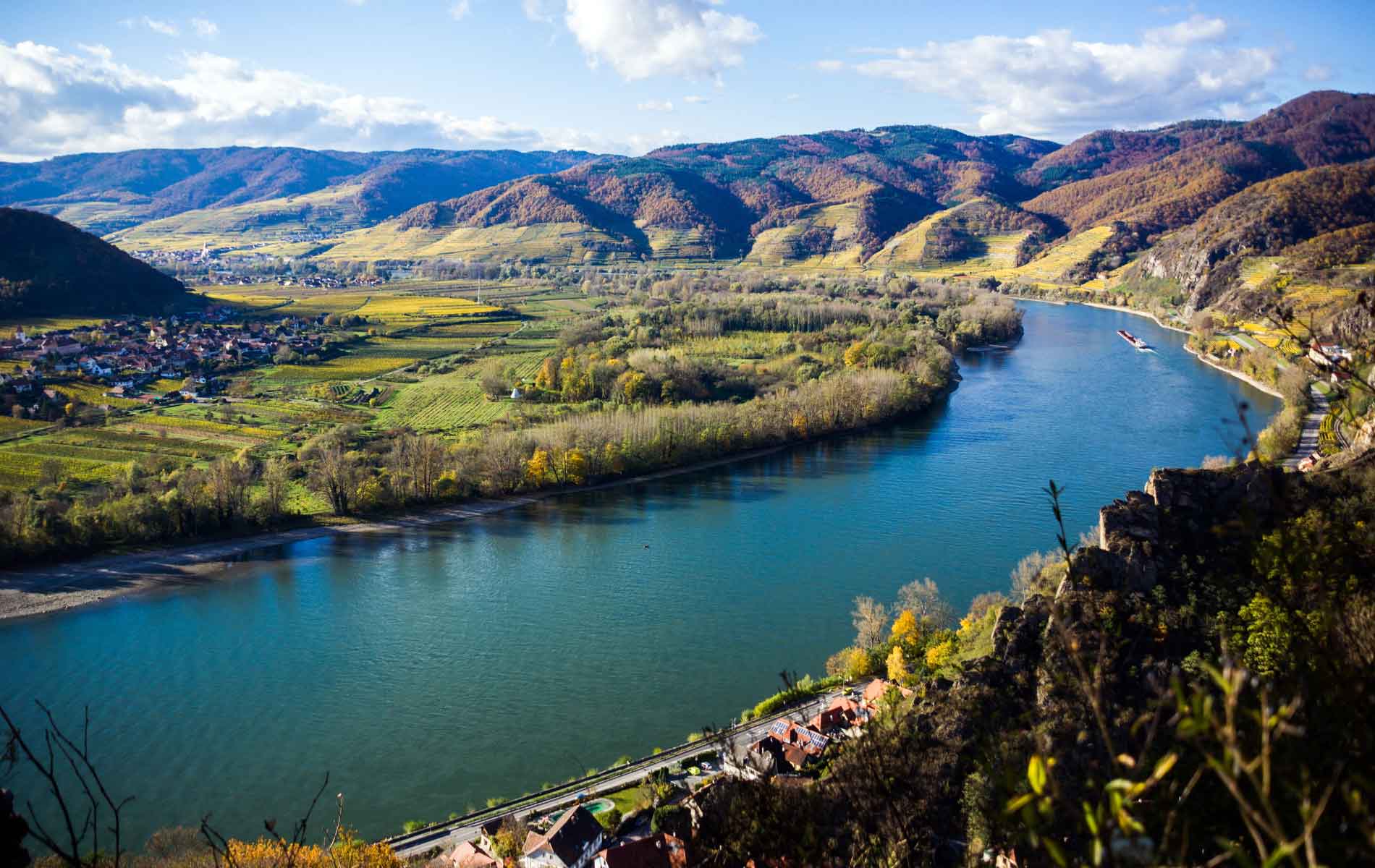 The Danube passing through the Wachau Valley, Austria

But that’s nothing compared to the rise in river cruising.

In one survey, over 75% of travel agents reported unprecedented growing demand in river cruises. Messing about in boats while enjoying the heights of the hospitality industry has never been hotter - and it’s not hard to see why.

Firstly, the scenery. If you’re used to sightseeing tours where you have to endure long bus-rides or hop between planes to get to your destination, river cruises are the balm you need for your aching soul.

Here, the sights come to you. Except, not in a hurry. They drift your way, and then past you, at a speed that allows you to truly appreciate them.

Thanks to Europe’s yesteryear reliance on its waterways, a remarkable number of places of interest are accessible from the deck of a boat - and if not, you moor up somewhere and go exploring, happy in the knowledge that your “hotel room” is close nearby for when you’ve walked your fill for the day. 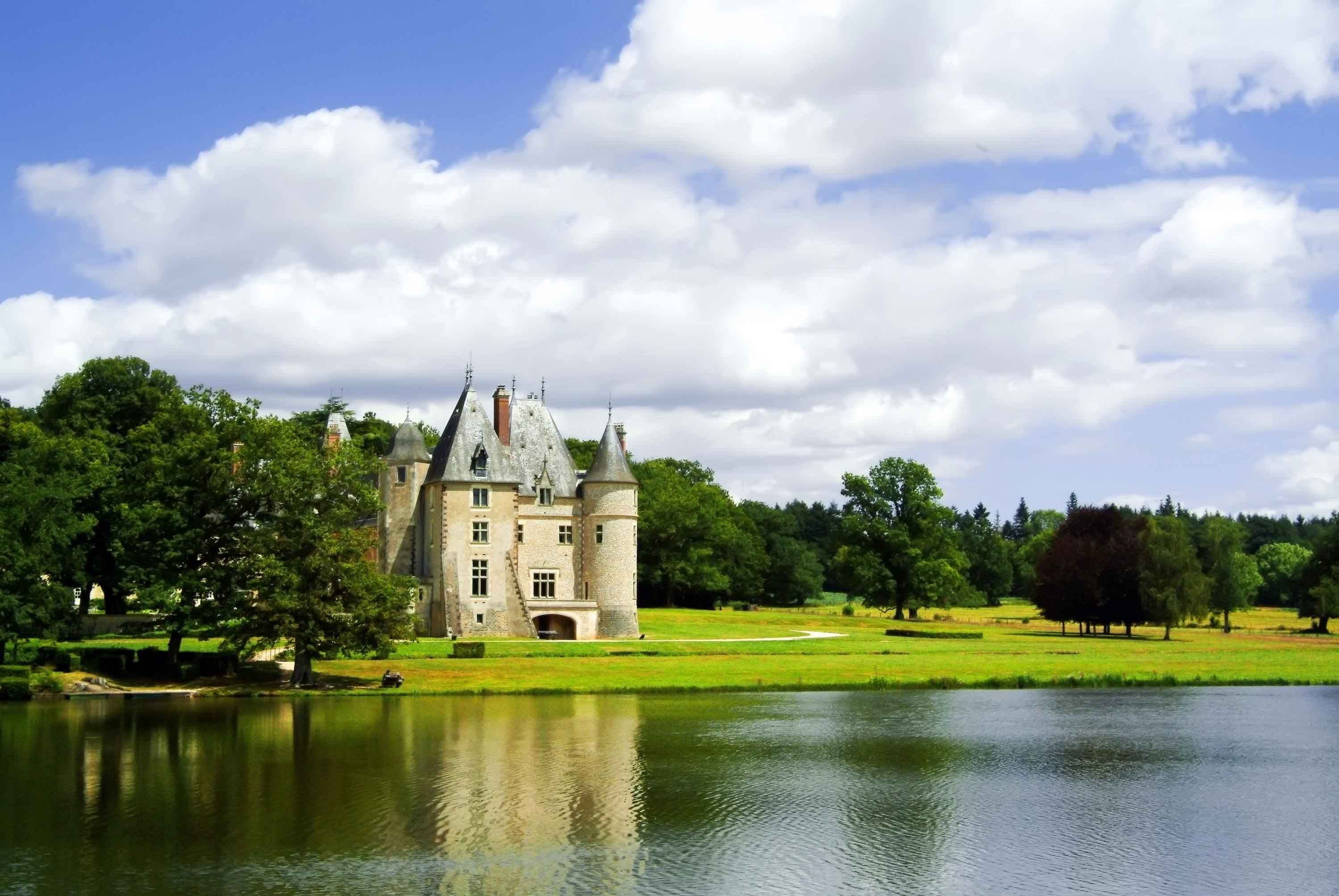 A chateau along the Loire in France

Secondly, there’s the lack of haste.

River cruising is a sedate way to go exploring, and tends to attract those who revel in this kind of slow travel - traditionally, those generations who have outgrown the need to hurry through life, but as its popularity grows, river cruising is bringing in everyone from curious Millennials to comfort-loving Baby boomers.

In a modern world seemingly defined by anxiety and the haste to see everything before you’re a certain age, river cruises are an attractive way to rebel and tune out.

Last but certainly not least, the lack of hassle. If your dream holiday came with a single price that covered and guaranteed everything, from the snack you have on the plane to the drinks you have by the pool, would you pay it?

It seems more and more people are saying “yes”. 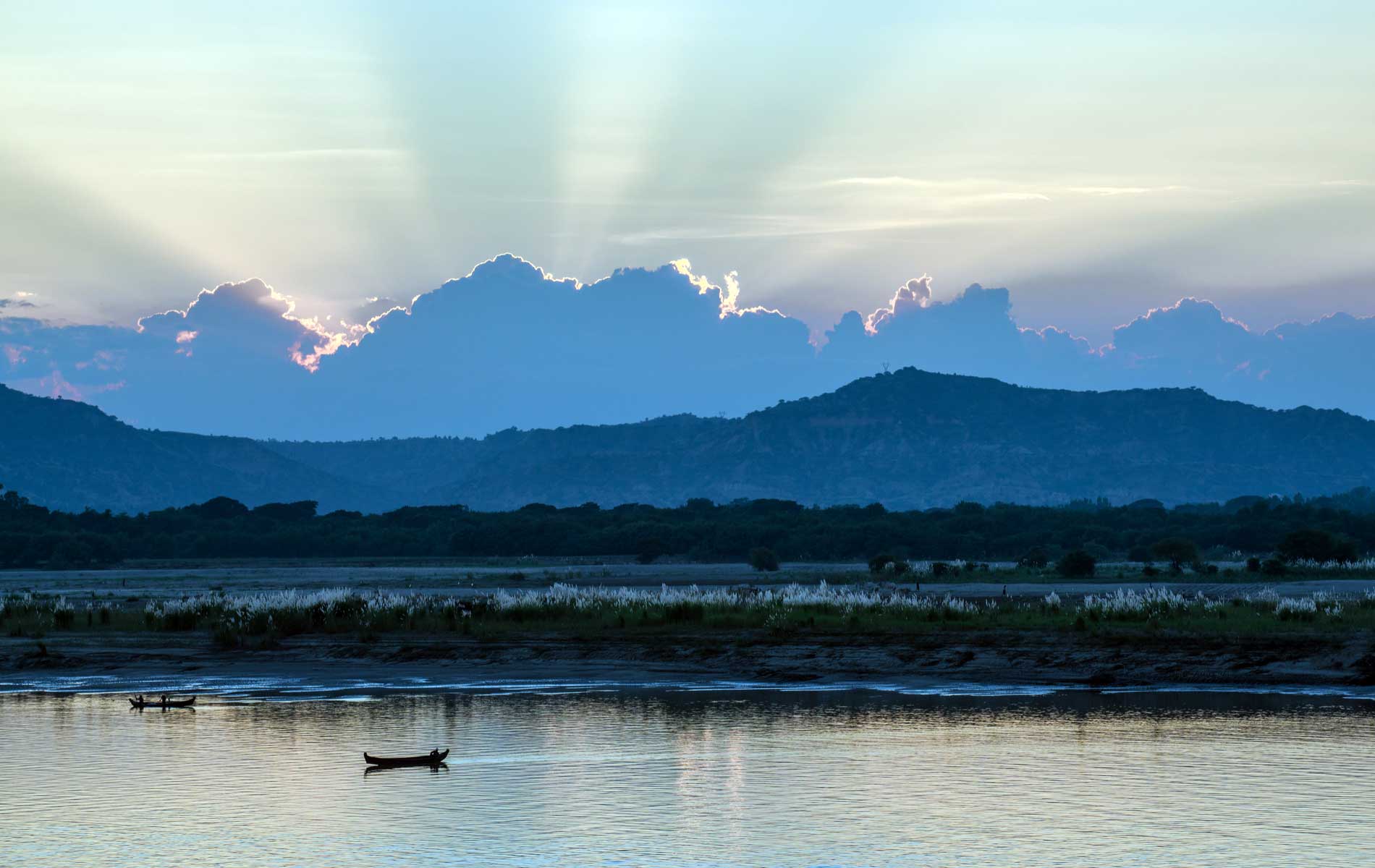 The Irrawaddy River in Myanmar

With most bookings, there’s one fee up front, and everything is thrown in - and always available, a short walk away from your hotel room, with the scenery gliding pleasantly by until the light fades and it’s time for dinner, a glass or two of something terribly, terribly good, and bed.

If the future of world travel in luxury is boat-shaped, the signs are already there, and the people seem to have spoken. What would you say?