If These Waves Could Talk: Egypt’s Historical Waterways

Time travel is only sci-fi fantasy in the strictest sense of the terms.

As we've discussed here before when visiting the Great Wall of China, simply being in the presence of things humanity created that have lasted through the millennia can encourage deeper understanding of different eras as you walk on the same stones, see the same monuments, and sail the same waters as people who lived hundreds or thousands of years before you. 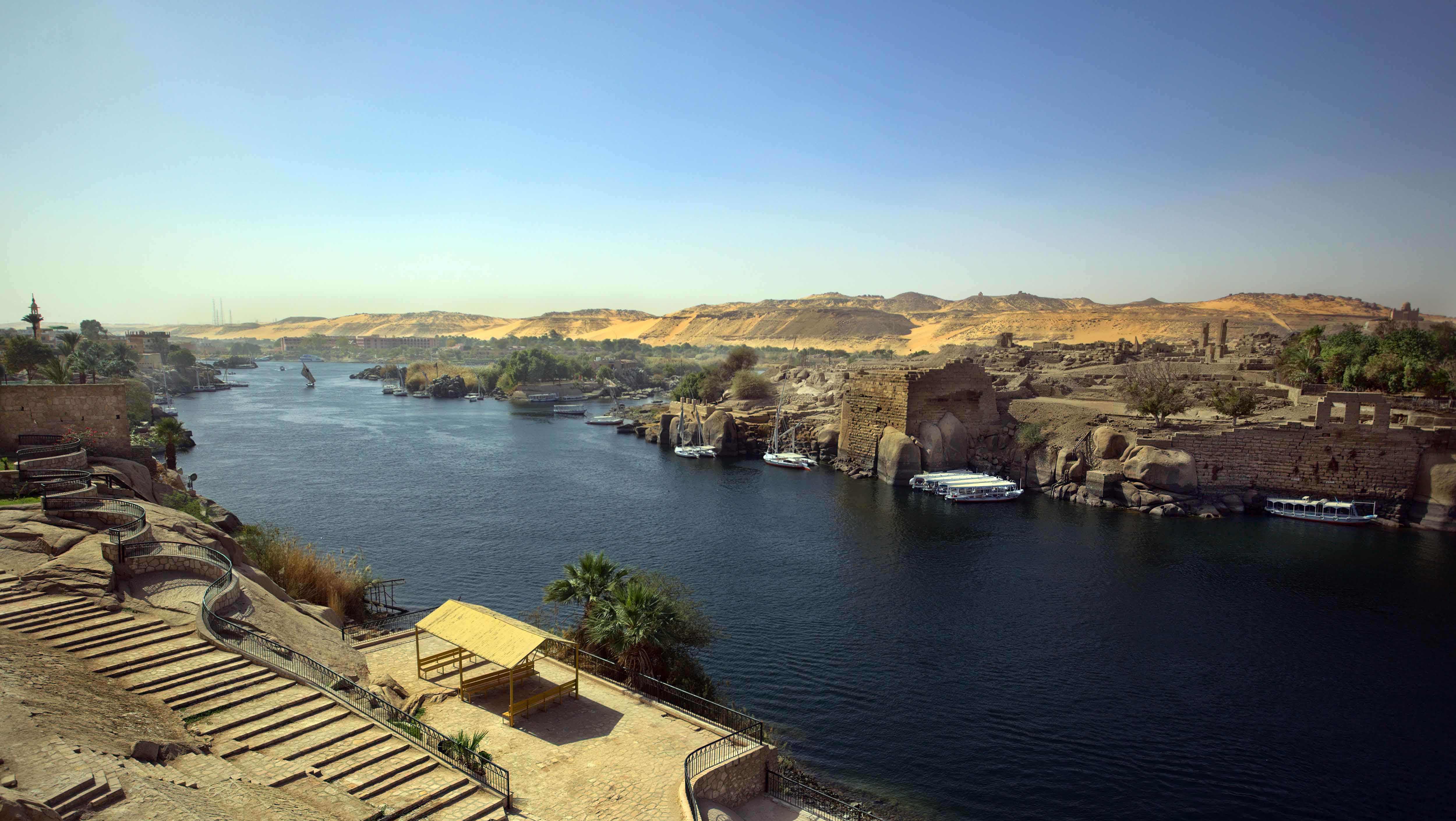 The River Nile in Egypt

When we think about going to Egypt, ancient history is at the front of our minds. The pyramids, the sphynxes, the Torah, Cleopatra.

But it's not until you start looking into particulars and contemplate, for instance, sailing down the Suez Canal, into the red sea and up the Nile that you realize that even something as apparently modern as that has layers.

By the time Aristotle wrote about digging the first canal across the deserts of Egypt, it was already ancient history. And when Cleopatra was in charge, the canal had been re-dug several times, with the original already as old to her as the Roman Empire is to us.

Partly because of their hieroglyphics, partly because they developed papyrus, and mostly because of the direct cultural line from pharaonic Egypt to Greece to Rome and then across Europe and what became the Western world, we know a lot about what happened at every stage of Egyptian history for the past 5,000 years or so.

Which means, for us, Egypt has a whole lot of ancient. 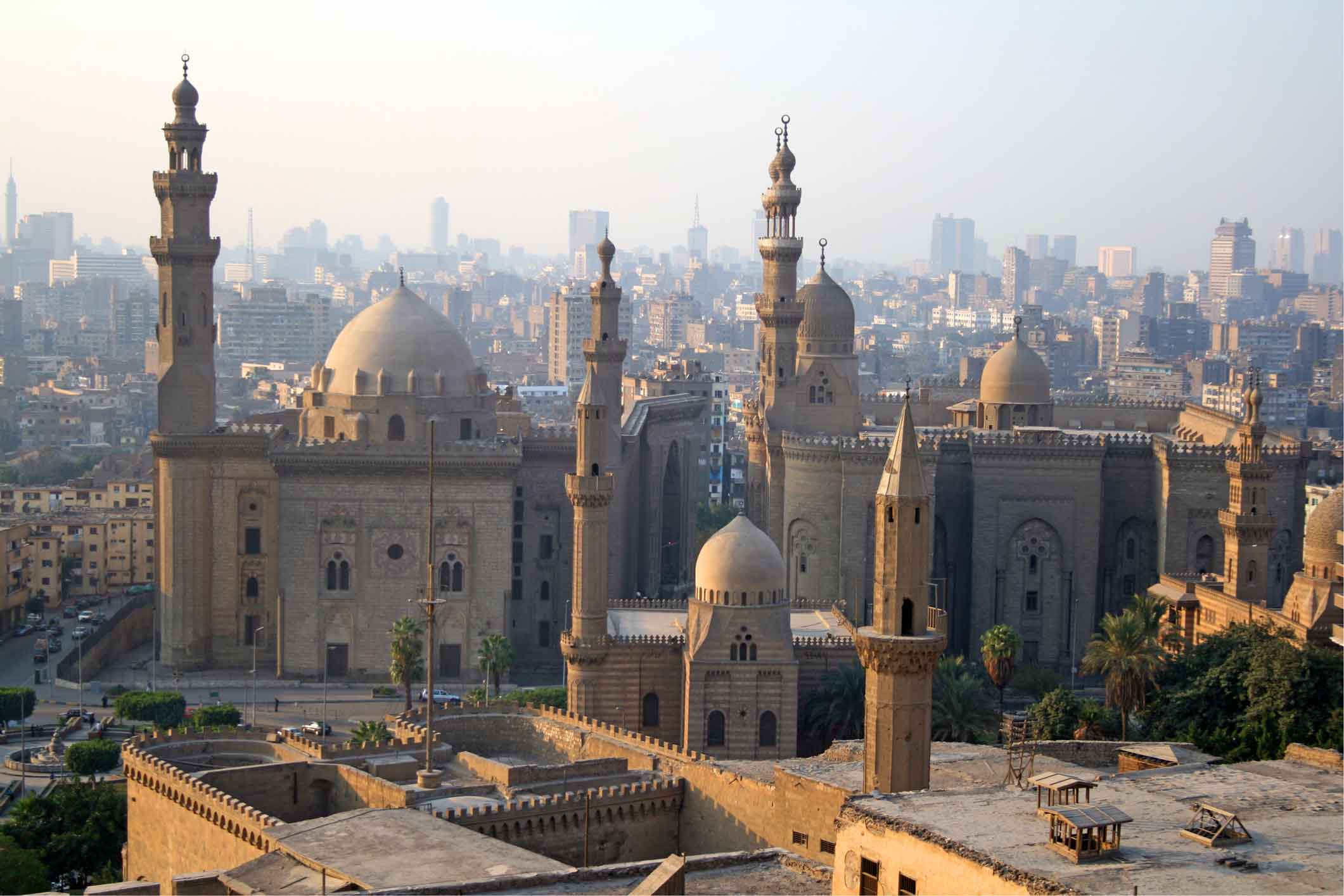 The city of Cairo, Egypt

Those first canals were built cross-wise, linking the Nile to the Red Sea. Napoleon thought about digging one north to south, to connect the Mediterranean to the Red Sea, cutting 7,000km out of the profitable trade route between India and Europe.

But because he was in the middle of conquering things, he and his engineers miscalculated and figured it would be impossible, so they abandoned the idea.

About a half century later, after those Napoleonic calculations were corrected, Ferdinand de Lesseps, an old diplomatic hand from the height of the age of French diplomacy, convinced Egypt's Ottoman ruler of the day, Said Pasha, who'd gone to school in France, to allow him to create the Suez Canal Company for the purpose of digging.

And so, Port Said was born, a new city that Rudyard Kipling once called out as the only place, other than London, where if you just sat long enough in one place, you were bound to meet people you knew.

A thoroughly modern and busy city, it's one of only two in the world, along with Istanbul, that straddles two continents. And though physically it is both in Africa and Asia, culturally and commercially, the city and the canal have long been very much a part of Europe as well.

And this, as you might expect, has caused some problems. 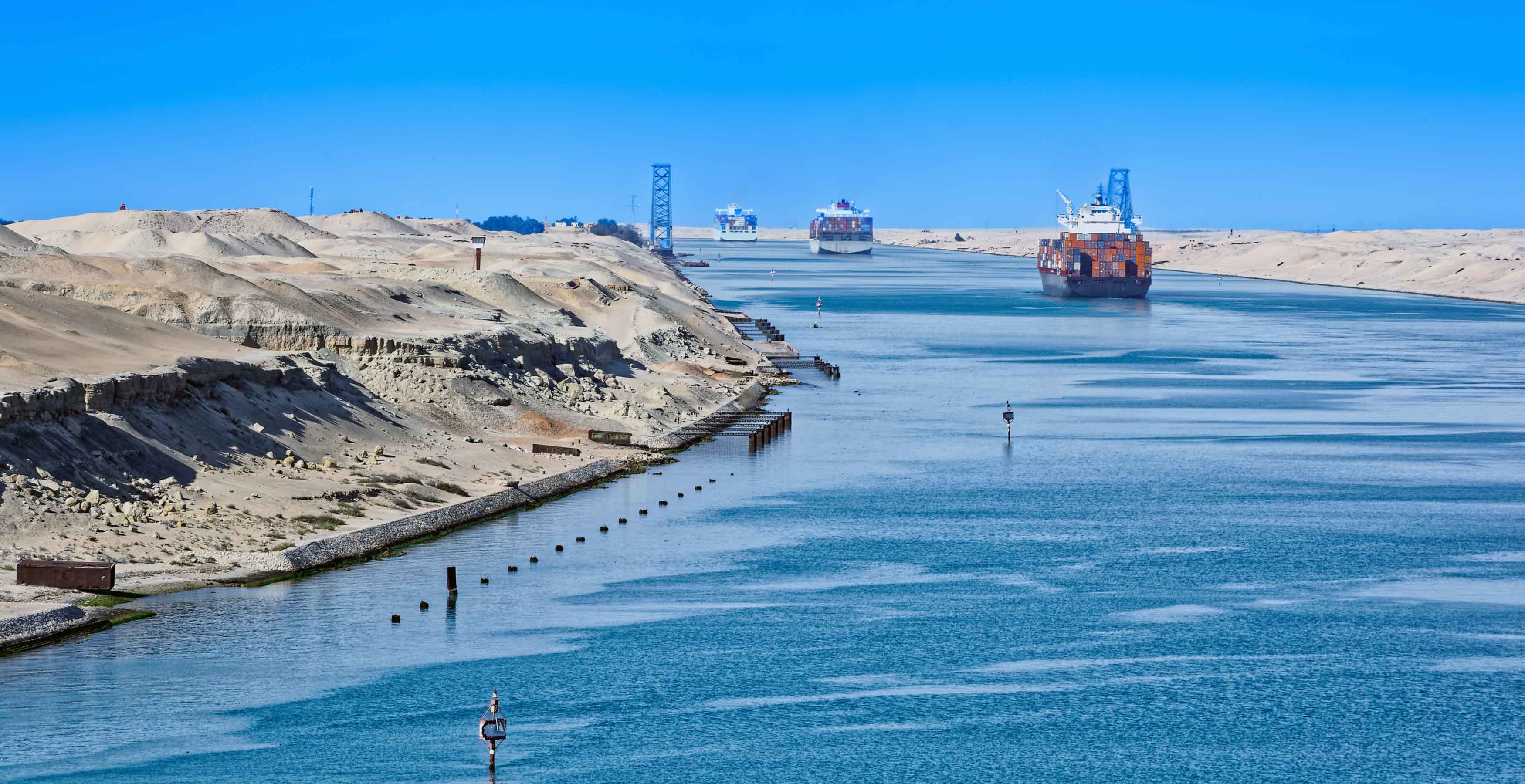 Contentious from the beginning, with so much trade at stake, and the region growing more politically unstable, it just grew more so after opening in 1869, coming to a head on July 26, 1954, when Egypt's then ruler, Gamal Abder Nasser, said the words "Ferdinand de Lesseps" in a radio speech, the pre-arranged signal for his troops to forceably take over the previously internationally accessible canal.

As part of a pre-arranged series of treaties redolent of the lead-up to the First World War, Israel invaded, providing a pre-text for England and France to step in, putatively to play peace-keepers between Israel and Egypt, but really to take back control of the canal.

Lester Pearson, Canada's foreign affairs minister, having fought in WWI for a time in Egypt, saw disaster in the works and through a diplomatic masterstroke that earned him a Nobel Peace Prize, sent everyone back to their corners, created the UN's first peace-keeping force, and restored the canal to its intended neutral purpose.

This wasn't the end of canal-related conflict, and detritus from the Six-Day War and the Yom Kippur War are still visible along its edges. And as you sail south, you get further into Egypt's past.

Once in the Red Sea -- the same one Moses parted in all the great monotheistic mythologies – things get real old, real fast. 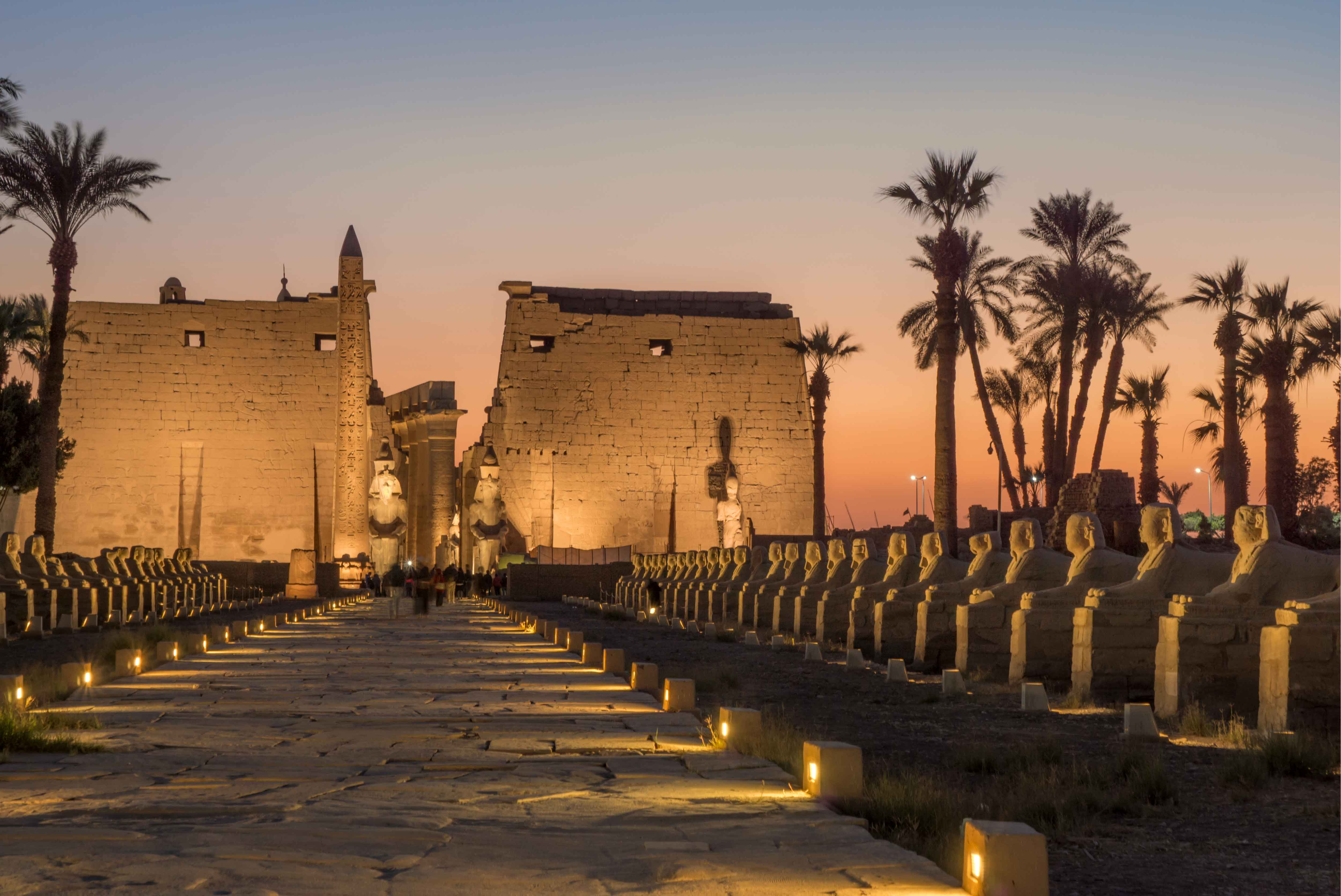 The Luxor Temple at dusk

It's been a settlement since at least 3200 BCE, and was the centre of Egyptian government through several dynasties, including the 18th, when Amenhotep built, among other things, the avenue of sphynxes.

Though the seat of power eventually moved, Luxor, also known as Thebes, was the spiritual centre of Egypt until Graeco-Roman times.

Farther down the Nile is Aswan, a name that has modern associations, but in some way delves even deeper into Egyptian history.

Known in ancient times as Syene, it was a frontier settlement of Ancient Egypt, considered the closest Egyptian city to the source of the Nile and, by association, the source of Egypt's life and power.

It's from the ground here, near the Sudanese border, that the stones were mined for the great monuments to the north.

It is also here that, between 1960 and 1970, the Aswan High Dam was built, flooding the area and creating Lake Nasser.

The Temples of Abu Simbel, along with 20 other monuments and pieces of ancient architecture were moved to protect them from submersion. 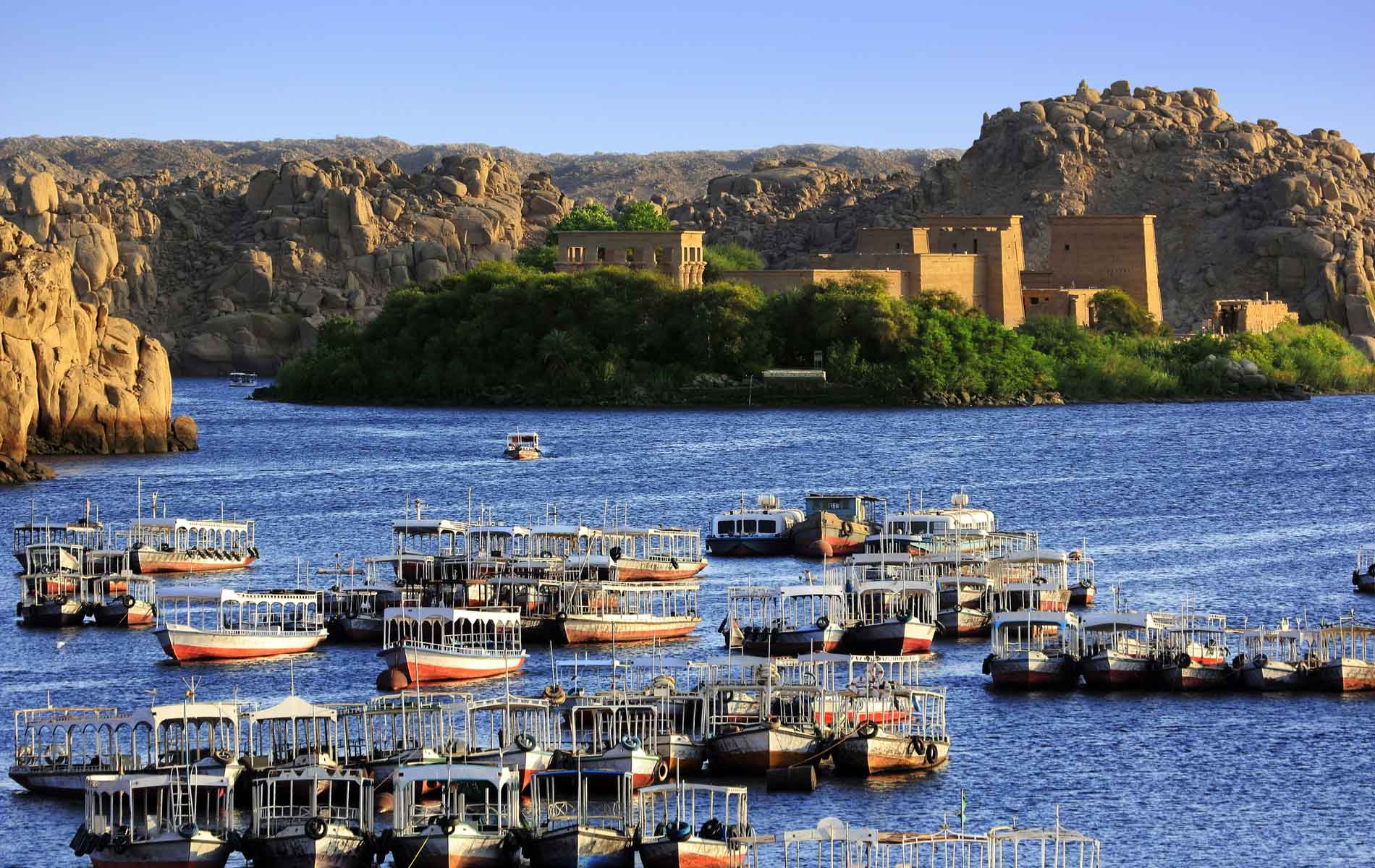 Other old sites, like Buhen, an outpost and fort, occupied for about 200 years around the mid 24th century BCE, are now at the bottom of the lake, to be rediscovered by some future era.

Egypt's great waters have carried humans on them for millennia; the Nile in particular was the lifeblood of an entire civilization. What stories would they tell, if these waves could talk?

Wheel & Anchor will be doing an unforgettable cruise on the Nile River in January 2022...more details here!