The Cellar Under The Sea: How Croatia’s Underwater Winery Is Making Waves

In 2010, a team of divers rose to the surface of the Baltic sea, just off the coast of Finland’s Åland islands, carrying one of the most extraordinary finds in modern marine archaeology: drinkable Champagne that sank in a shipwreck over 170 years ago.

Recovering wines from shipwrecks is certainly not new. Most of the Titanic’s 12,000 bottles of wine are still lying on the sea floor, and bottles from European late medieval and American Civil War era wrecks have been retrieved on both sides of the Atlantic. 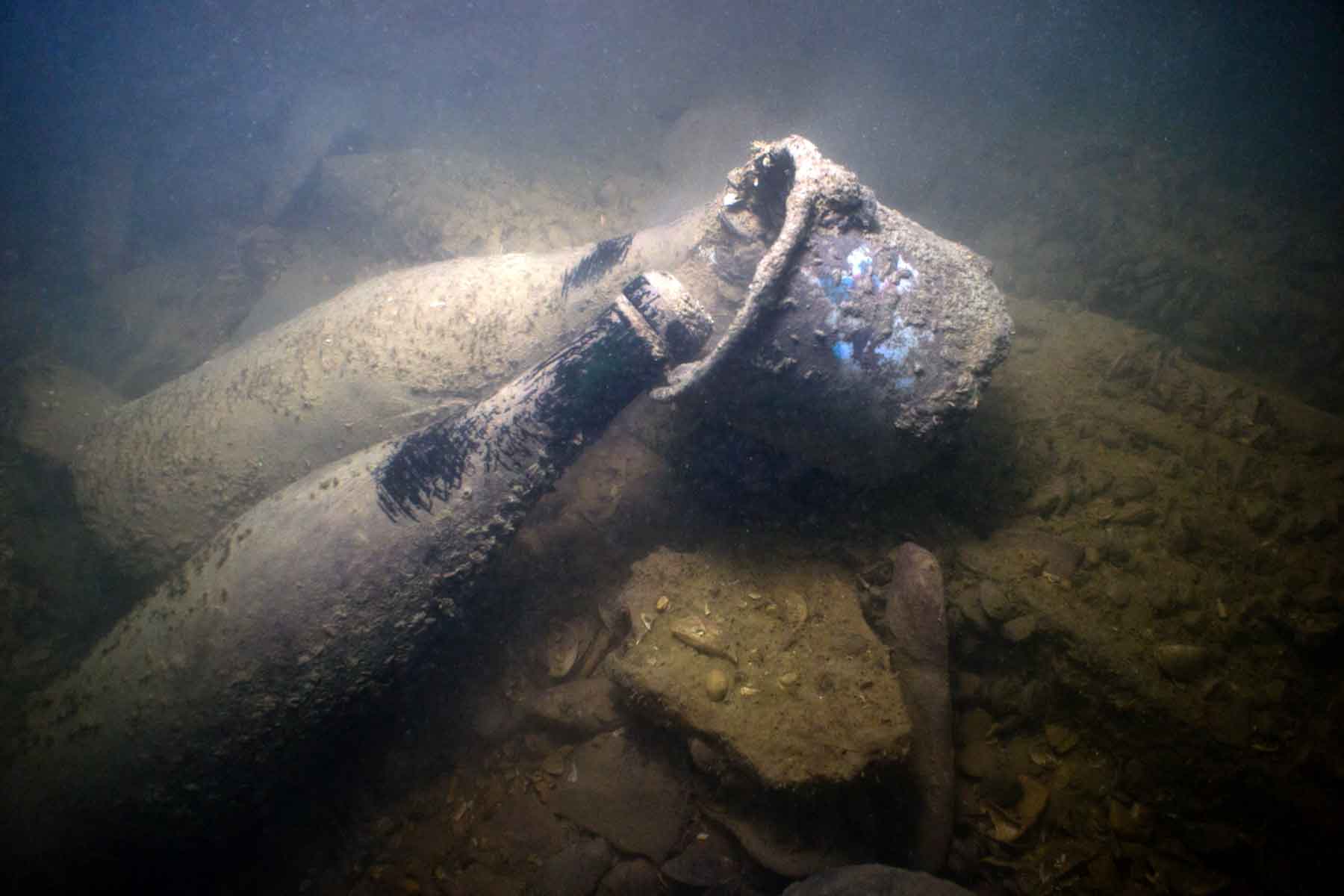 The important word here is “drinkable”. Take the wine recovered from a 151-year-old shipwreck near South Carolina. When sampled, its taste was vividly described as  "crab water, gasoline, salt water, vinegar, with hints of citrus and alcohol."

Beyond a certain depth, seawater pressure either drives corks into bottles or forces seawater through them, rendering them unfit for human consumption (no matter what more adventurous collectors might claim).

So it’s hard to see any wine surviving the crushing depths of Titanic’s final resting place, nearly 4 kilometres below the surface.

But the Champagne brought to the surface in 2010 was spectacular. Most of the 168 bottles were intact, unbreached, with no saltwater seepage, and with a flavour comparable to the best modern champagnes.

As a resulting study poetically phrased it: “these sleeping Champagne bottles awoke to tell us a chapter of the story of wine-making.”

Domnique Demarville, cellar master for the champers-making giants Veuve Clicquot, was so impressed that he returned to the area and sank another 350 bottles under the waves, dubbing the venture his “Cellar Under The Sea”.

Meanwhile, California’s Mira Winery ran its own experiments on 240 bottles in Charleston Harbor - and when a case was retrieved, Mira’s owner was told “you’ve turned a 2009 cabernet into a 2007 in three months.” The experiment is set to continue for another 40 years.

Now, off the Adriatic coastline, one Croatian winery is taking the next logical step - and becoming the first in the country to sink its business under the waves. 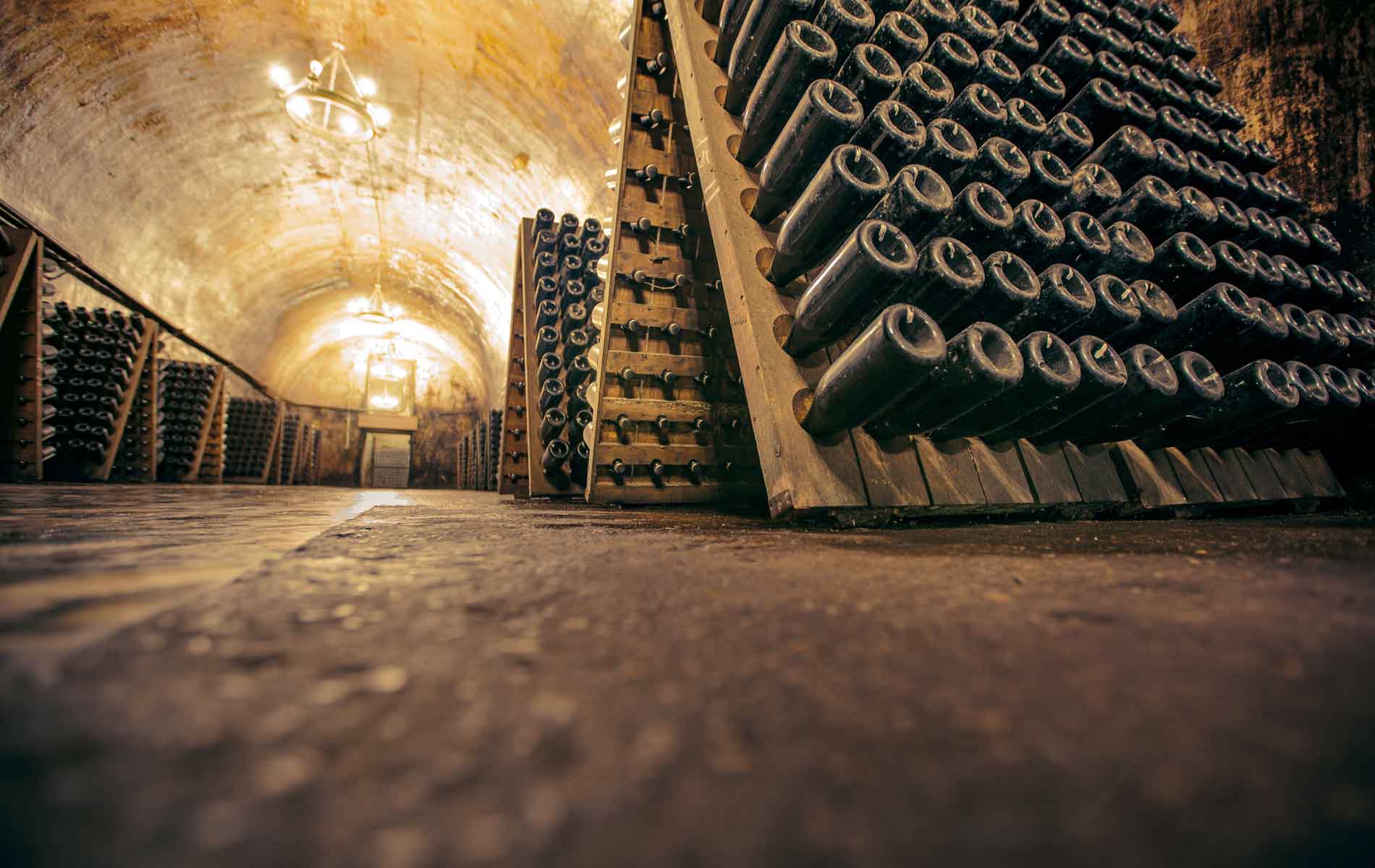 Bottles of champagne in a cellar

All this may sound like it’s straight out of a Jules Verne novel - but it’s nowhere near as crazy as it sounds.

Wine aging (also called cellaring) is the process of storing new wine in a highly controlled environment to encourage the right chemical reactions to enrich it and make it higher quality.

Not all wines can be improved with aging - and in some cases, it’s not a cost-effective process even if they can be - but on the whole, carefully aged wine is associated with excellence, with a price-point that reflects it.

Just about any environmental factor can affect the aging of wine, from the type of cork used to seal it to the amount of vibration reaching the liquid - but the big factors are light and temperature, both of which need to be held steady for up to a decade.

It’s not hard to see why cellars are popular, but even then, it’s tricky and often expensive to regulate the temperature through all four seasons for years at a time.

For Croatia’s Edivo winery, based on the Pelješac peninsula northwest of Dubrovnik, the perfect wine cellar was 20 metres under the waves of the Adriatic - deep enough for minimal light to filter down and to keep the temperature at a constant 15 degrees Celsius.

Here, its line of underwater wine - Navis Mysterium (“secrets of the sea”) - will be stored in bottles and amphorae for up to 2 years. 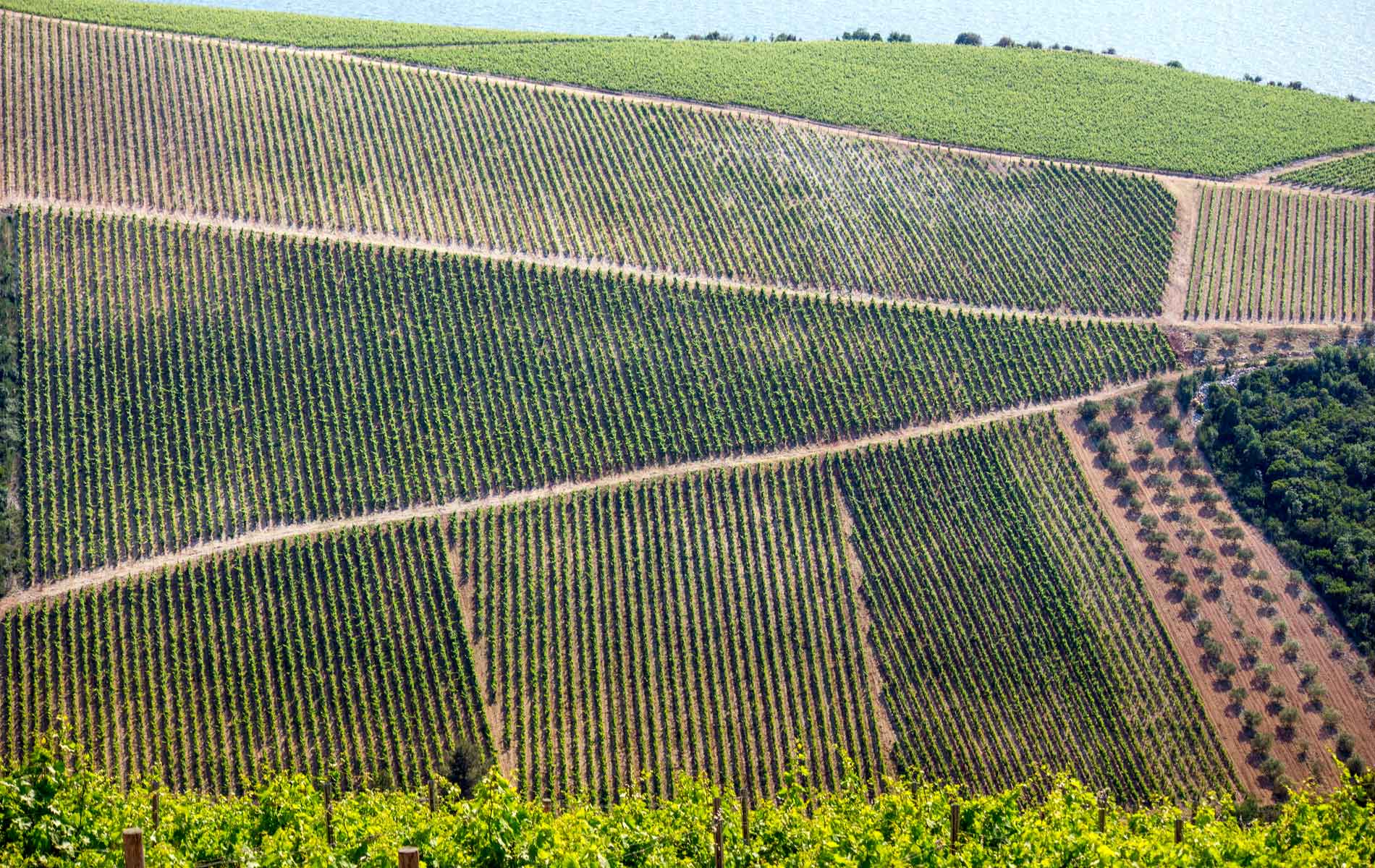 Even at this relatively shallow depth, there are plenty of technical challenges.

How will the salt water react with wine cork? Answer: usually catastrophically, meaning Edivo had to create a new method for sealing the corks to prevent them disintegrating or being pushed in.

They experimented with different grapes to find the right type for the flavour they wanted, settling on the region’s famous Plavac Mali, specific to the Dalmation coast.

There was the problem of movement due to sea currents, and of retrieval after a few years, when the bottles had become festooned with algae, shelled life and coral. There were the cages that had to be built, to protect the wine from curious divers and thieves.

And most importantly, there was the price of setting it up.

Underwater storage tens to cost anything from 30-70% more than the standard methods of aging - meaning that sea-aged wines are usually a little pricier (although that’s explained as the price of purchasing a higher-quality drink).

Edivo have wisely mined the local-luxury angle using by clay, wrought iron, pinewood boxes, glass and corks all sourced in Croatia, branding themselves as a proudly national treasure.

Since opening in 2011, the Edivo winery has attracted worldwide acclaim (with mentions by CNN and Lonely Planet) - and on top of its healthy export figures, Navis Mysterium is served in select restaurants in Dubrovnik. 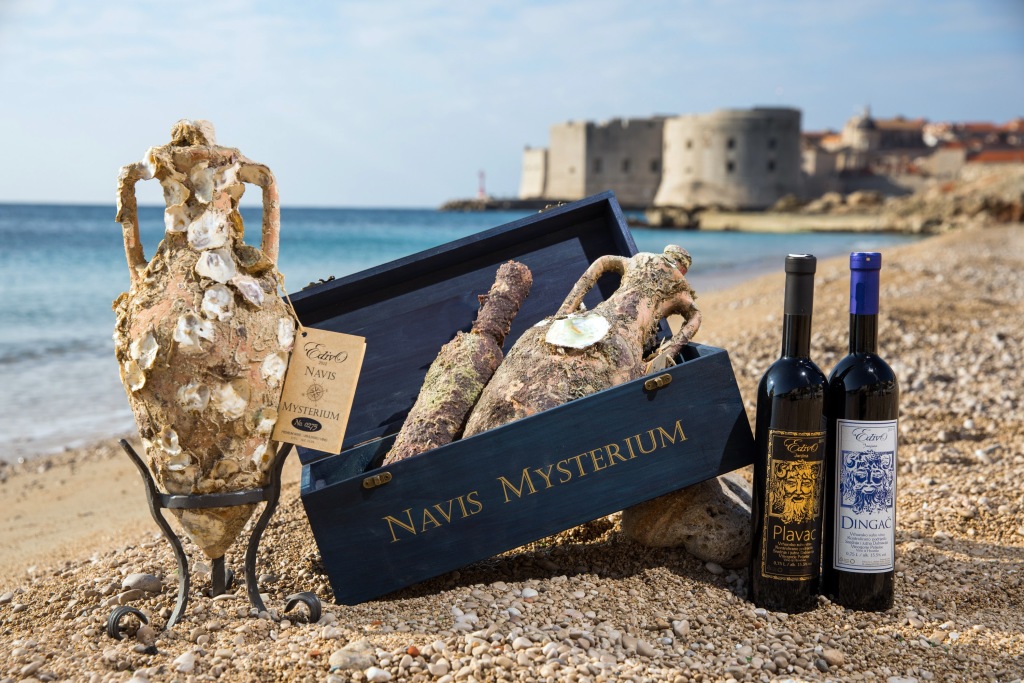 The Navis Mysterium wines from Edivovina

Meanwhile, the rest of Europe is getting in on the action, with Spain’s Crusoe Treasure being a recent example - and while underwater-aged wines are still relatively hard to find (unless you’re taking a trip to Croatia anytime soon), they’re showing signs of cornering the market in top-quality wines with a good, marketable story behind them. Keep an eye out for them.

Sounds like the kind of thing we might have to sample while on our cruise along the Adriatic Coast...more details here!