A European tour often conjures images of the Leaning Tower of Pisa, the Eiffel Tower, or the Sagrada Familia Basilica. Portugal is certainly not as immensely popular among tourists as its neighbors, Spain, Italy, and France, but its unique mix of attractions deserve their time in the limelight.

Lisbon and Porto are two particularly vibrant cities that have plenty to offer those who are looking for an alternative to the Euro-tour staples. 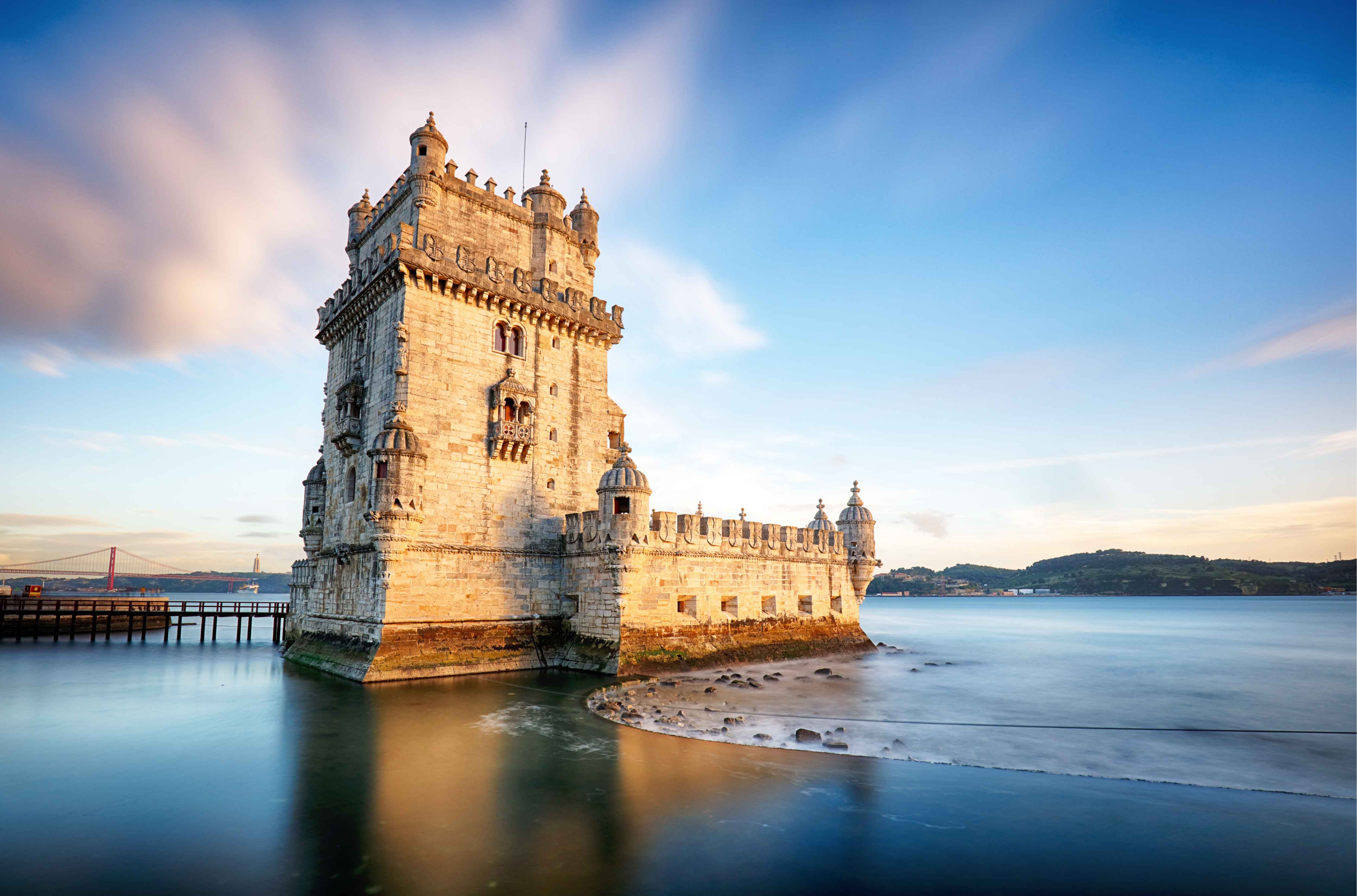 The Belem Tower on the Tagus River in Lisbon, Portugal

Lisbon is a city even older than London, but you wouldn’t know it from its striking modernity. Between gazing at the city’s architectural marvels, dining in chic cafes and restaurants, and stepping into galleries and museums, there’s plenty to see and do in one of the world’s oldest cities.

Highs and lows — but mostly highs

Lisbon offers the delights of a hilly town but its “flat areas” are not to be ignored. Begin at Baixa Pombalina (or simply Baixa), the city’s historic center where tourists and locals converge and where culture and commerce meet. Stroll along its cobbled streets and gaze at Art Deco buildings along Rua Augusta then head to the Rossio Square to sit, relax, and enjoy a beverage, or just watch lively crowds pass by.

Take a trip to the past

Bibliophiles should make a pit stop — or spend an entire day, if they wish — at one of the world’s oldest (and Portugal’s largest) booksellers, Livraria Bertrand, and be transported to a time before eBookstores took the romance out of book-buying.

Afterwards, you can take a leisure ride in a tram called remodelado, an artifact from the 1930s that can take you atop the hilly Alfama district. Perched atop the Alfama hills is Castelo de Sao Jorge, affording majestic views of the city and the slow flow of the River Tagus. 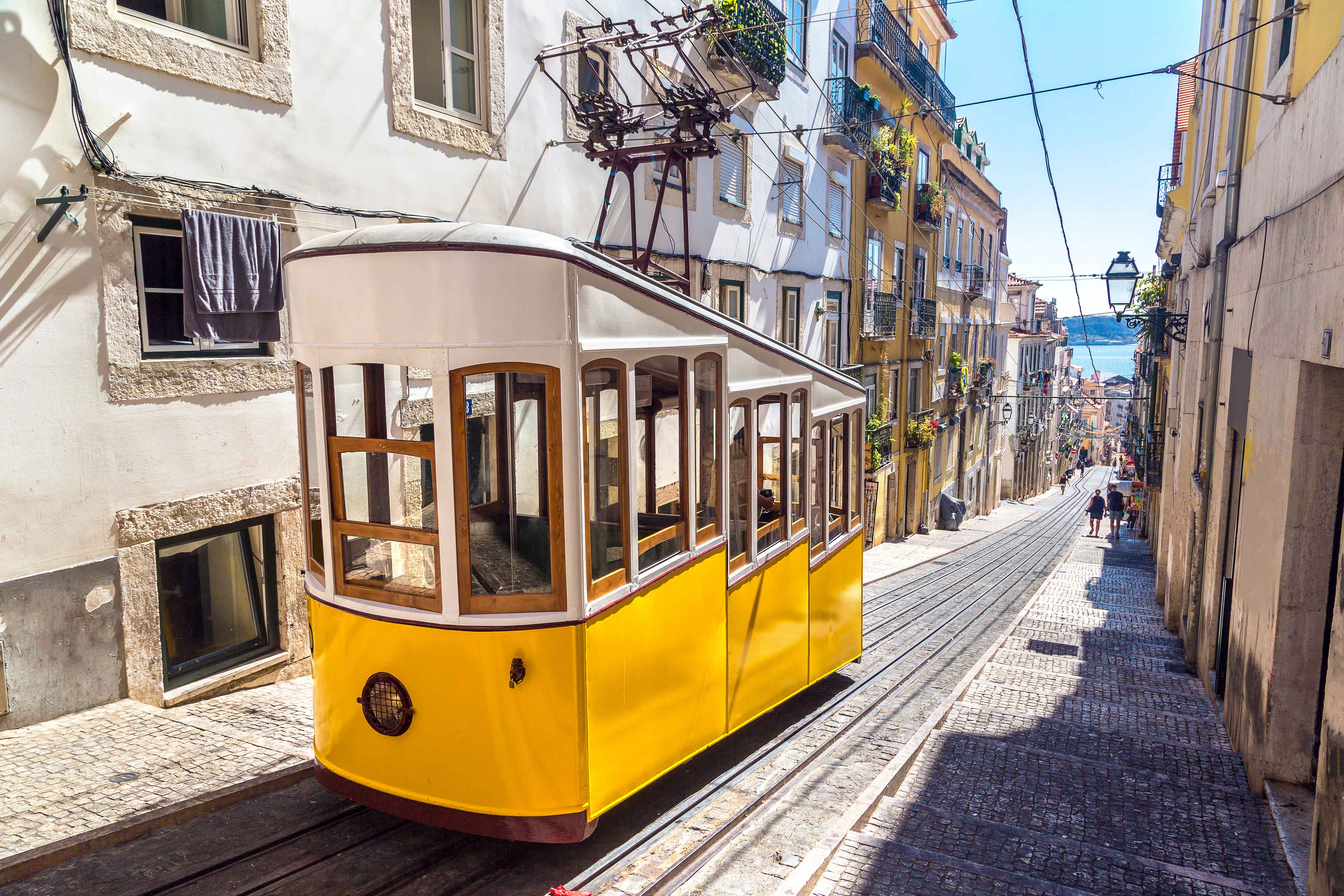 A tram or remodelado in Lisbon

Take a brief respite from the frenzied pace of the city by stepping into one of the many cozy restaurants — preferably one where you can listen to fado, Portuguese folk tunes that are passionately performed by local fadistas. This traditional music is at once mesmeric, melancholic and poetic — prepare to get swept away.

Find magnificent artworks in museums such as the National Ancient Art Museum in Rua das Janelas Verdes. Here you can find captivating pieces of mostly religious significance — paintings, sculptures, metalwork, and more — by Portuguese artists who masterfully rendered the country’s glorious past.

Portugal’s second most popular city and UNESCO World Heritage Site, Porto is dainty compared to Lisbon’s sprawling cityscape. It’s an old hillside town about 50 minutes away by plane from Lisbon. 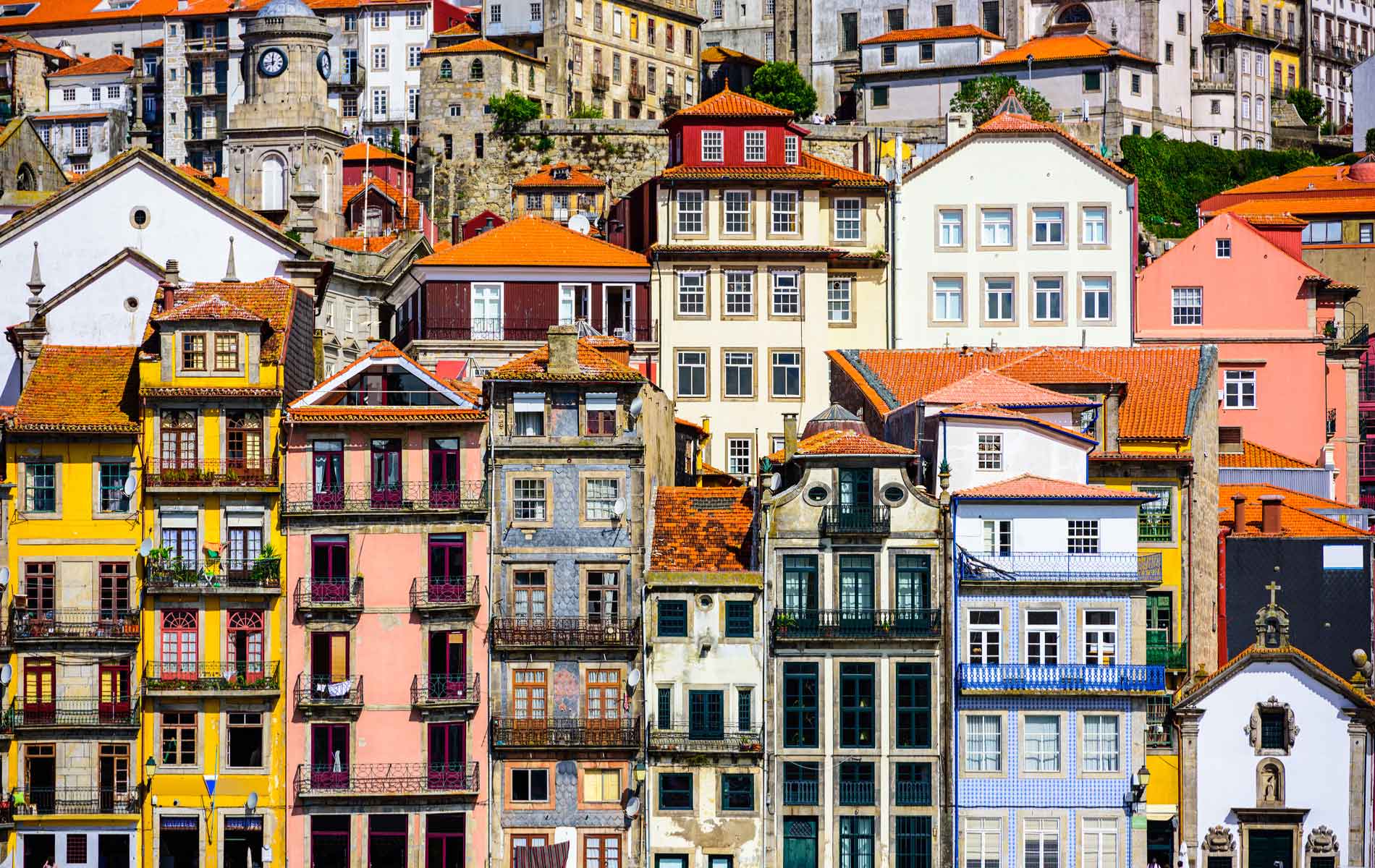 Buildings in Ribeira, the old town of Porto

Where art is front and center

It’s hailed as one of Europe’s best destinations, but don’t take our word for it. You can find more of the same — museums, bookstores, cobbled pavements — but Porto’s old-world charm is a class on its own.

Rua Miguel Bombarda and its neighboring areas are the city’s artistic centers where art galleries that showcase dynamic contemporary artworks are abundant.

Walk around the city and see azulejos, artworks emblematic of the city’s culture and history vividly emblazoned in blue-and-white tiles. Or, immerse yourself in worlds on the printed page at Livraria Lello where the extremely popular J.K. Rowling is said to have taken inspiration for her highly popular Harry Potter books.

Taking all 200-plus steps up to the Clerigos Tower, Portugal’s tallest campanile, sounds like a lot of work, but it’s absolutely worth it. Once you reach the top, you can savor stunning views of the River Douro and a sweeping cityscape that might just unleash your artistic spirit. 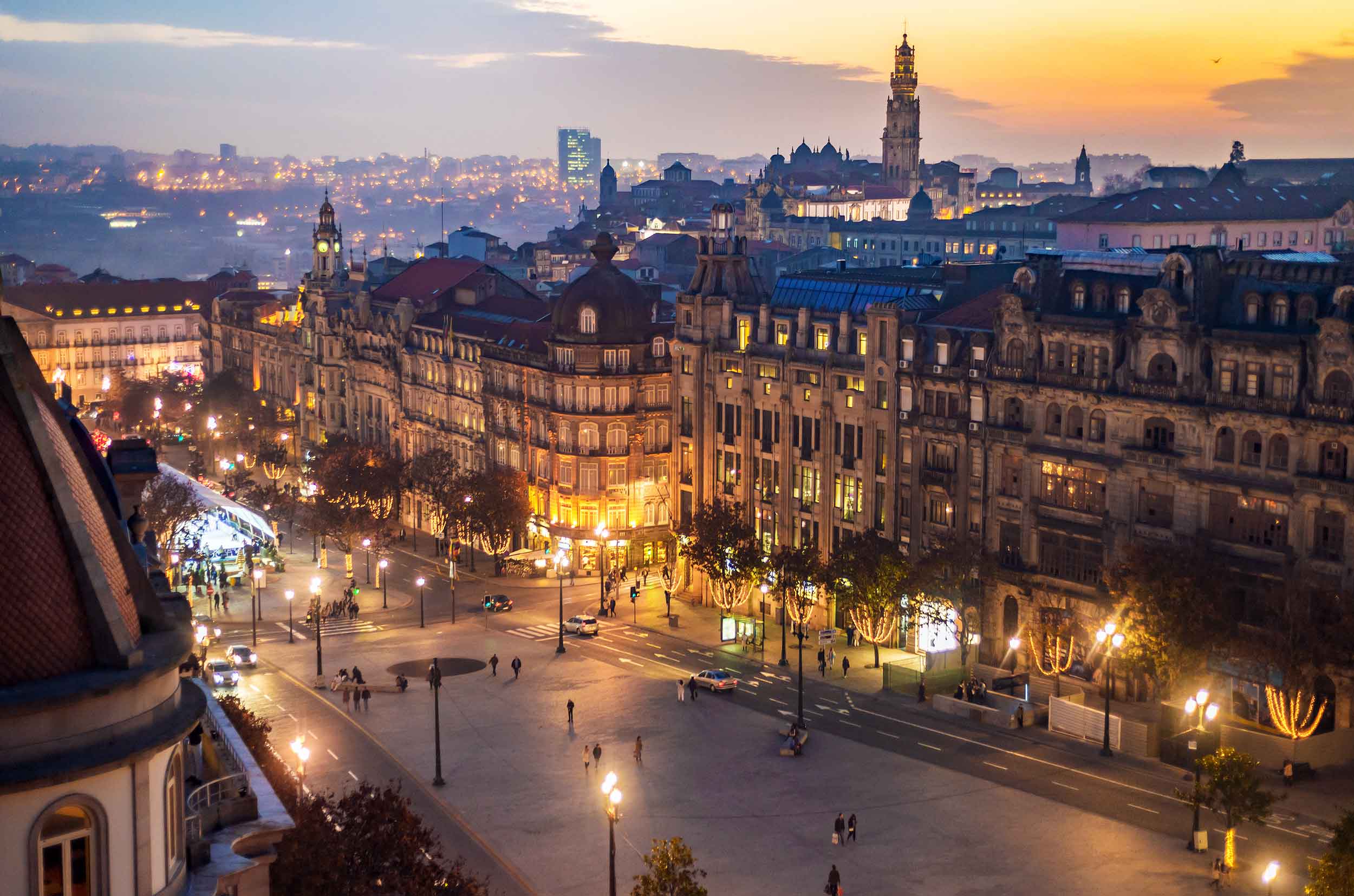 Sunset over Clerigos Tower in Porto

The birthplace of port

Lisbon isn’t without its culinary treats, but Porto edges it out it with fresh seafood that tourists and locals have come to expect from this seaside town. For an authentic slice of Portuguese cuisine, try the francesinha, a hearty sandwich made with various meats and smothered with melted cheese and more.

Savor alheira sausages, which are typically smoky and garlicky and sure to excite meat-lovers, and the town-famous cod fish cakes, which you can enjoy barbecued, baked or fried, served with a side of potatoes or rice. Complement your sumptuous meals with the unmissable port — a rich, intense, and aromatic wine that’s also the pride of the city.

If you prefer the liveliness of city life and revel in the social-oriented atmosphere, Lisbon is sure to delight. But if tradition and romance — and some of the finest seafood you will ever taste — are what you like, Porto is the way to go.