You’ve seen the photos: a troop of tourists winding their way into the shadow of the Egyptian Pyramids, the only flecks of color in a vast, yellow-brown landscape of dust and sand where nothing else moves.

This is how many people think of Egypt - a place where the past is static, dead, endlessly picked over until just the bare bones are left. The age of discovery, of Howard Carter and Tutankhamun’s tomb, seems to be long gone. 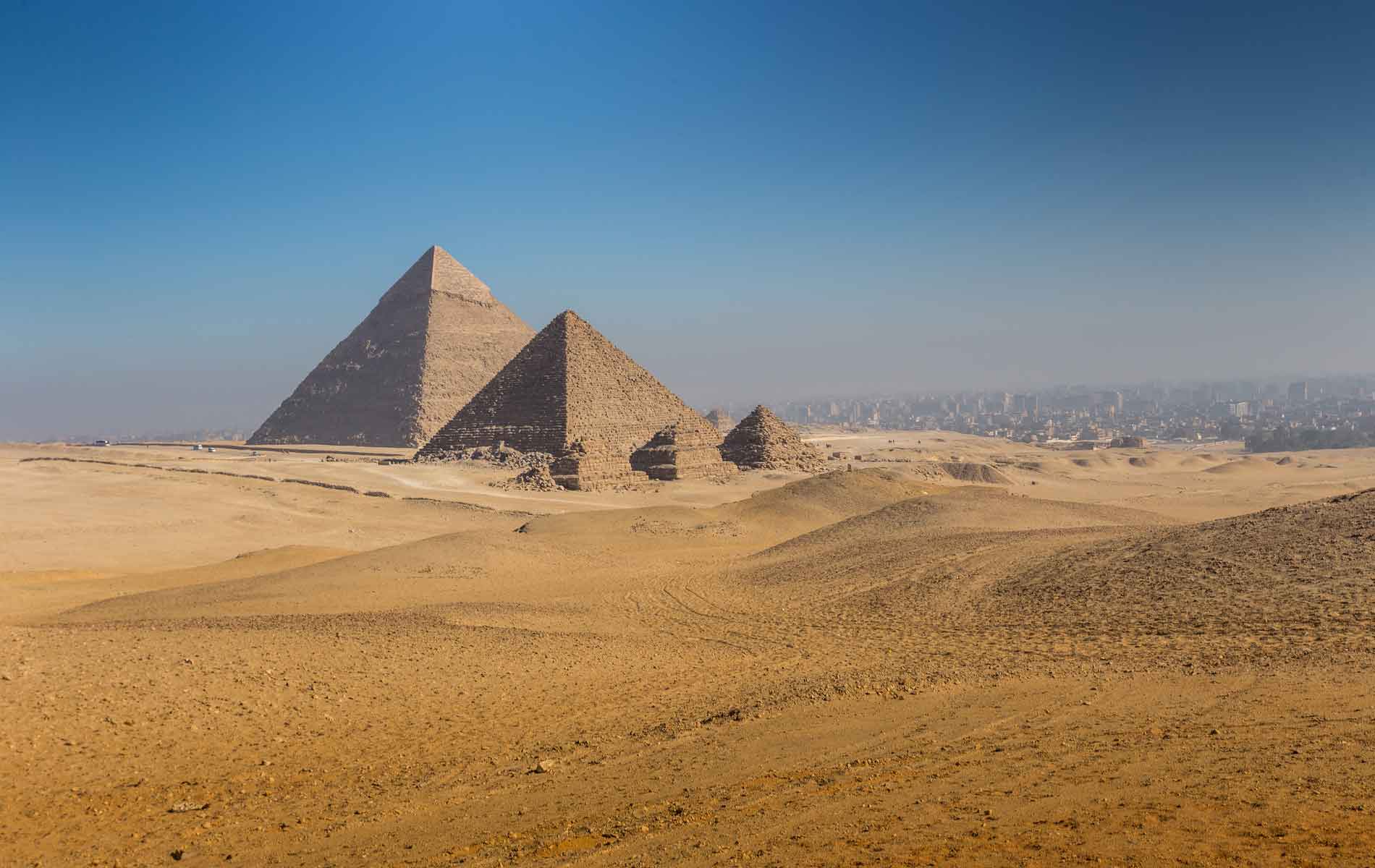 Panorama of the area with the great pyramids of Giza, Egypt

There’s the modern country of Egypt making a living on the green, fertile banks of the Nile and anywhere else that’s hospitable enough for human life - and the rest is a dusty museum on an epic scale.

The truth, as any archaeologist would tell you (including me, as I used to be one), is that we’ve found little, we’ve seen basically nothing, and it’s all still coming up into daylight.

Every year, incredible discoveries are still being made. Every year, the list of mysteries grows a little longer, and the answers we do know are a little more thrilling.

This is true about everywhere, of course. Take the Durrington Walls “superhenge”, the largest Neolithic site in Britain, only just discovered in 2015.

But Egypt is special because of the sheer amount of archaeology still coming out of the sand and soil. When you take a trip to this fascinating country, you’re stepping into living prehistory, where every day holds a new piece of the puzzle.

The Dynasty That Time Forgot

Seventy miles northwest of the famous Valley of the Kings, a century’s worth of excavations has uncovered something truly incredible. 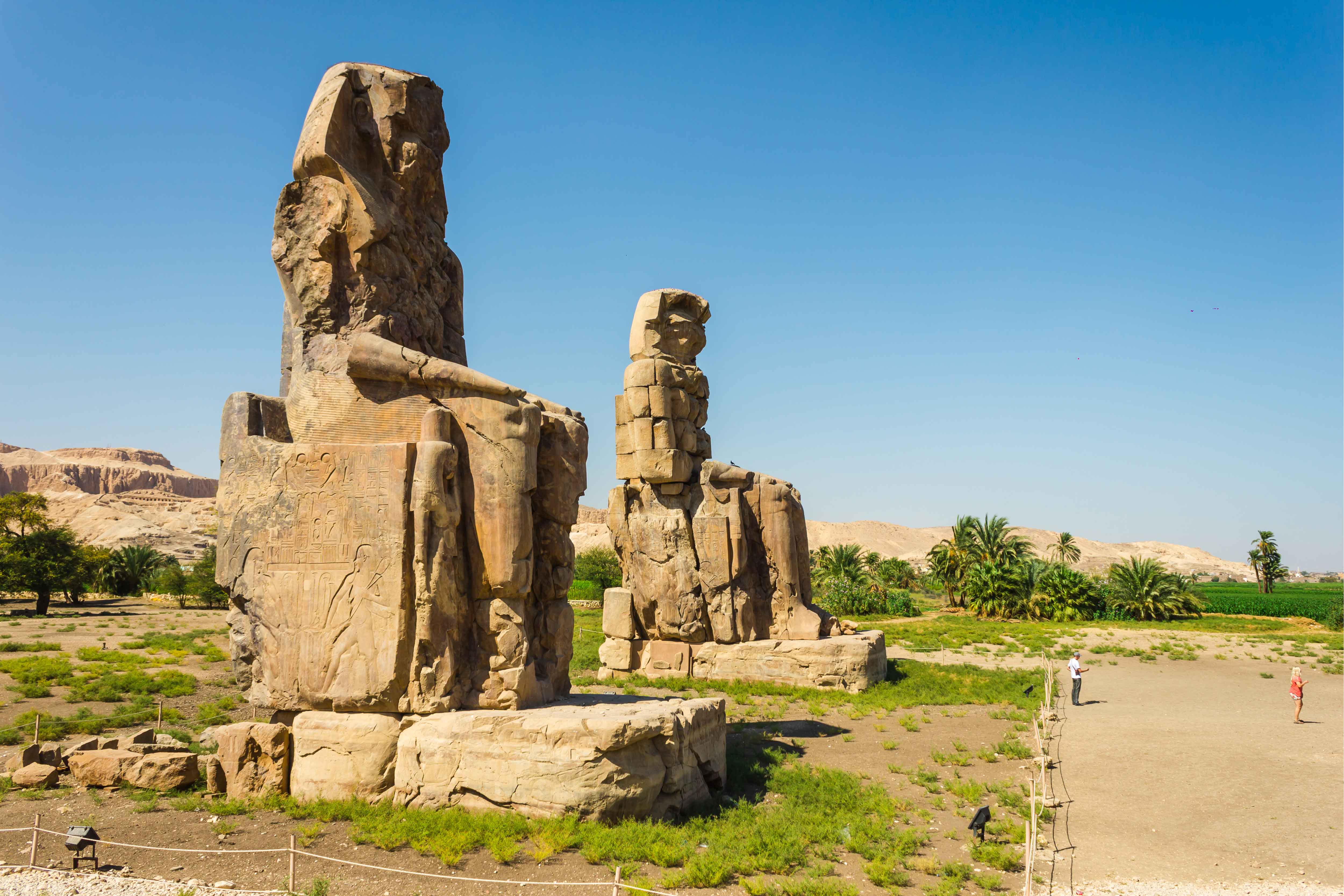 In 1901, the British Egyptologist Flinders Petrie discovered a series of tombs in the ruins of Abydos, one of Egypt’s most ancient cities. He knew it was important, but he couldn’t decipher what he was looking at.

Tomb robbers from thousands of years ago had shredded the place, tearing to grave goods in search of gold, and even pulling apart the physical remains of the mummy inside. It was a terrible mess.

Cut to the present, and a team from the University of Pennsylvania who have been investigating and extending excavation of the site since 1994. They’ve just discovered a new tomb, buried under three metres of sand, with painted inscriptions that finally put a name to this body: Senebkay, “king of Upper and Lower Egypt.”

Until now, nobody in the modern world knew this name. Nobody knew this king existed. And these findings seem to point to an entire Egyptian dynasty containing sixteen previously unknown pharaohs.

This is a little like British historians announcing the discovery of a hitherto mysterious royal house called “the Tudors”.

It’s simultaneously exciting and absurd - and suggests that the gaps in our knowledge of ancient Egypt are far bigger than we first thought.

The Kingdom Of Stripy Socks

It’s easy to look at the pale sandstone blocks and soaring marble columns and imagine a somewhat monotone Ancient Egypt, everything fitting our modern idea of Classical grandeur. In fact, we’re looking at what’s left, after the paint has been scoured away. 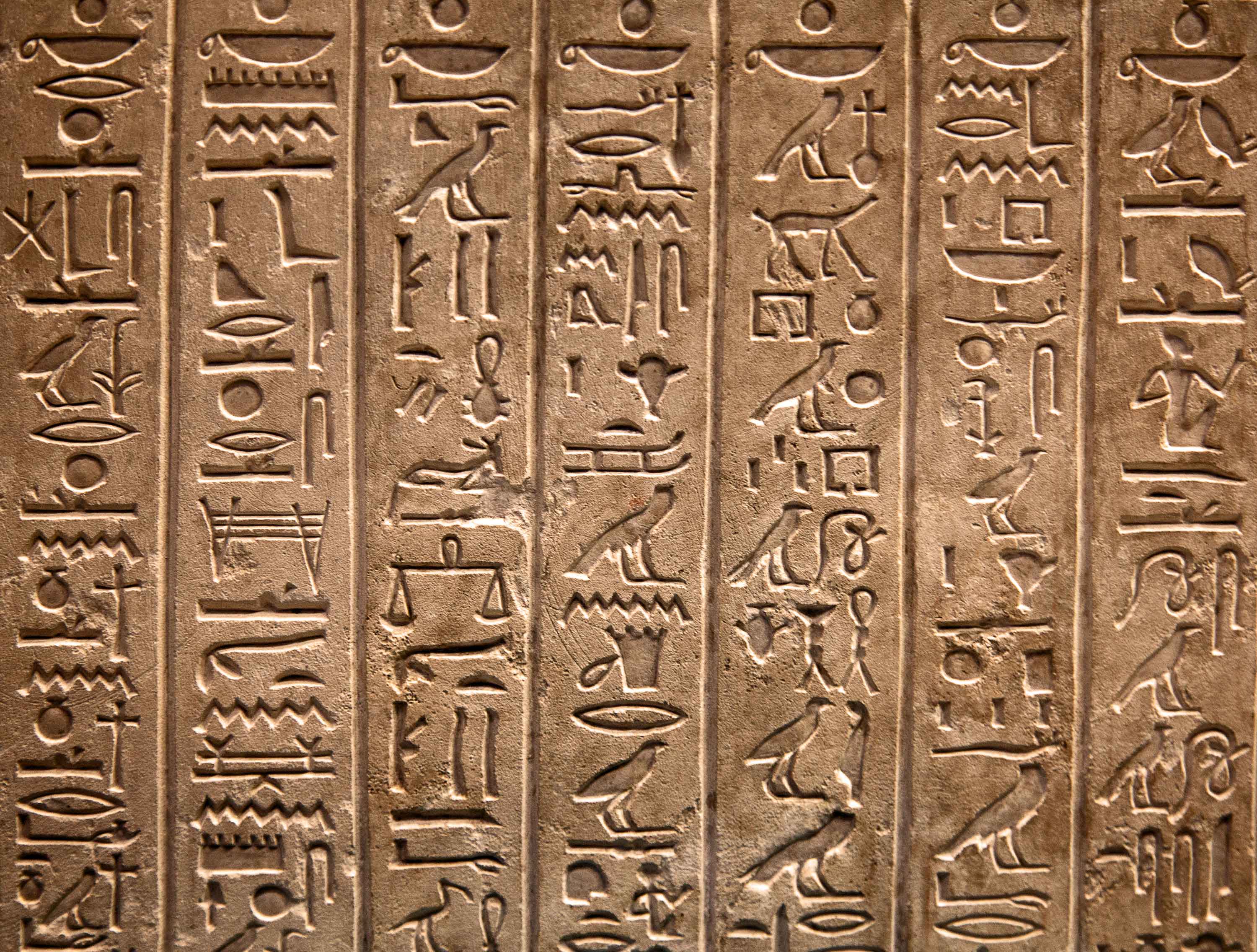 To modern tastes, the architecture of Ancient Egypt restored to its original colors can look...surprising, maybe even gaudy.

Ancient Egyptians were masters of using color as a language of meaning, just as much as hieroglyphics became another form of meaningful artistry.

So, as you wander the ruins of Luxor and the Valley of the Kings, try to imagine things painted over, as if you’re strolling through a three-dimensional children’s coloring book. Imagine a dizzying number of shades and textures.

That’s the Ancient Egypt we’re only just uncovering, through the marvels of modern science.

A perfect example is the work done on a child’s sock, recovered from a 3,000 year old rubbish dump in ancient Antinoupolis on the eastern banks of the Nile.

By scanning the sock with a new imaging technique, scientists from the British Museum in London charted the traces of madder (red), woad (blue) and weld (yellow) dyes across the surface of the fabric - and found they formed a jaunty striped pattern that looks like it’d belong on a shelf in a modern children's wear store.

As is so often the case in archaeology, the closer you look, the more familiar it gets. Maybe we’re not so different after all. 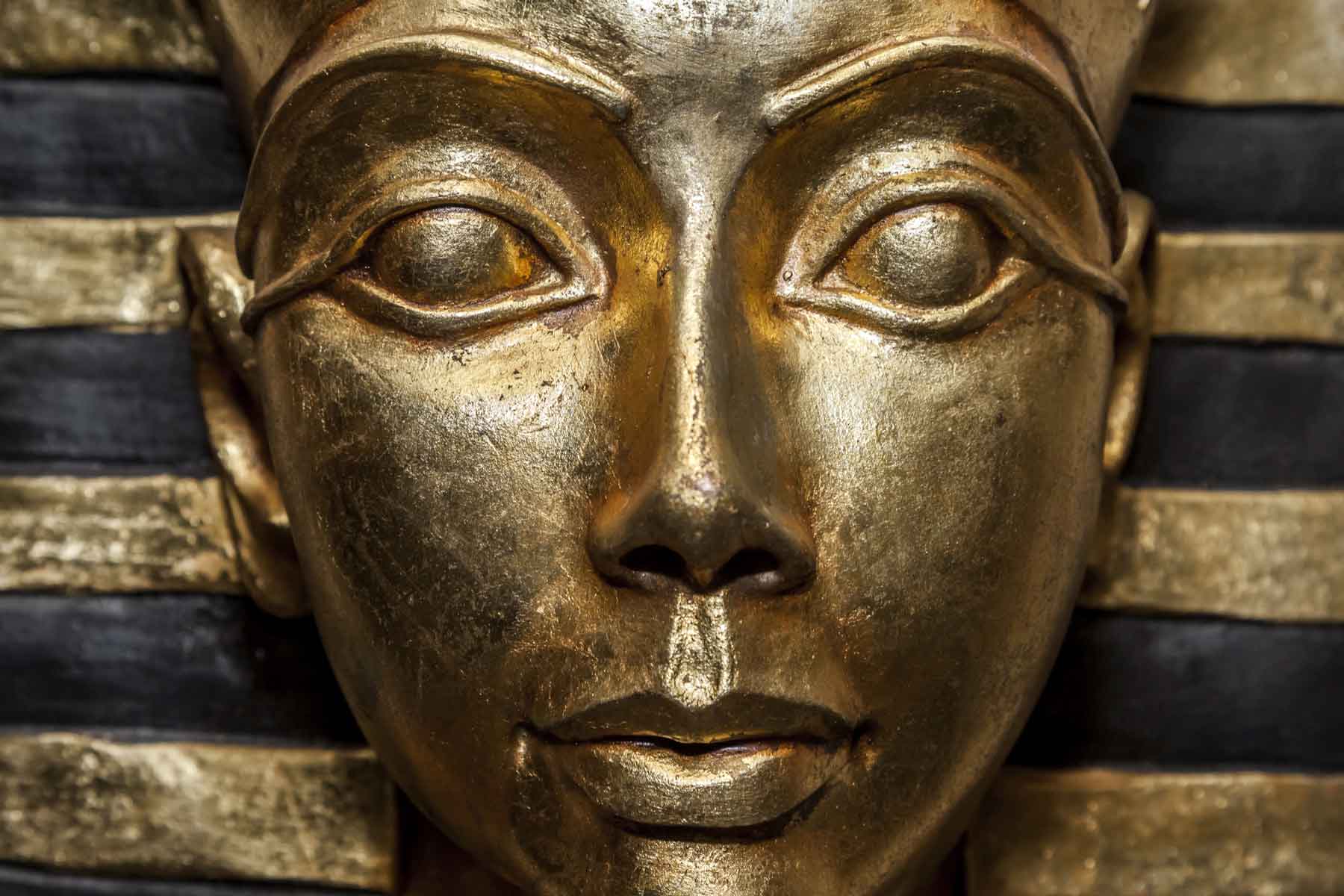 The People Lost In The Cracks Of History

The great bias of history and prehistory is that it’s the study of famous people - the leaders, the royalty, the great influencers of their day.

Archaeology gets a little closer to the remaining 99% by looking at the everyday traces of humanity’s passage through time and space - but even then, it gravitates back to kings, queens and pharaohs.

In Egyptology, it’s women and children who are least evident in the archaeological record, especially if they’re enslaved. As narrators, they’re silent - in most cases, it’s only third-hand accounts and inferences that shed light on their roles in society.

However, there are times when we catch a glimpse of people outside the limelight, including the friends of the wealthy and influential.

Just this month (October 2018), a burial site discovered near a pyramid at Abusir yielded the 4,000 year old remains of a priest described as the “sole friend” of a pharaoh whose identity remains a mystery.

According to inscriptions, this “steward of the royal house” was an administrator who somehow gained enough favor to be given a number of important titles (including “foremost of the library of Life”, referring to librarian duties somewhere nearby - a tantalizing prospect, since so few papyri have survived from so far back in the past.) 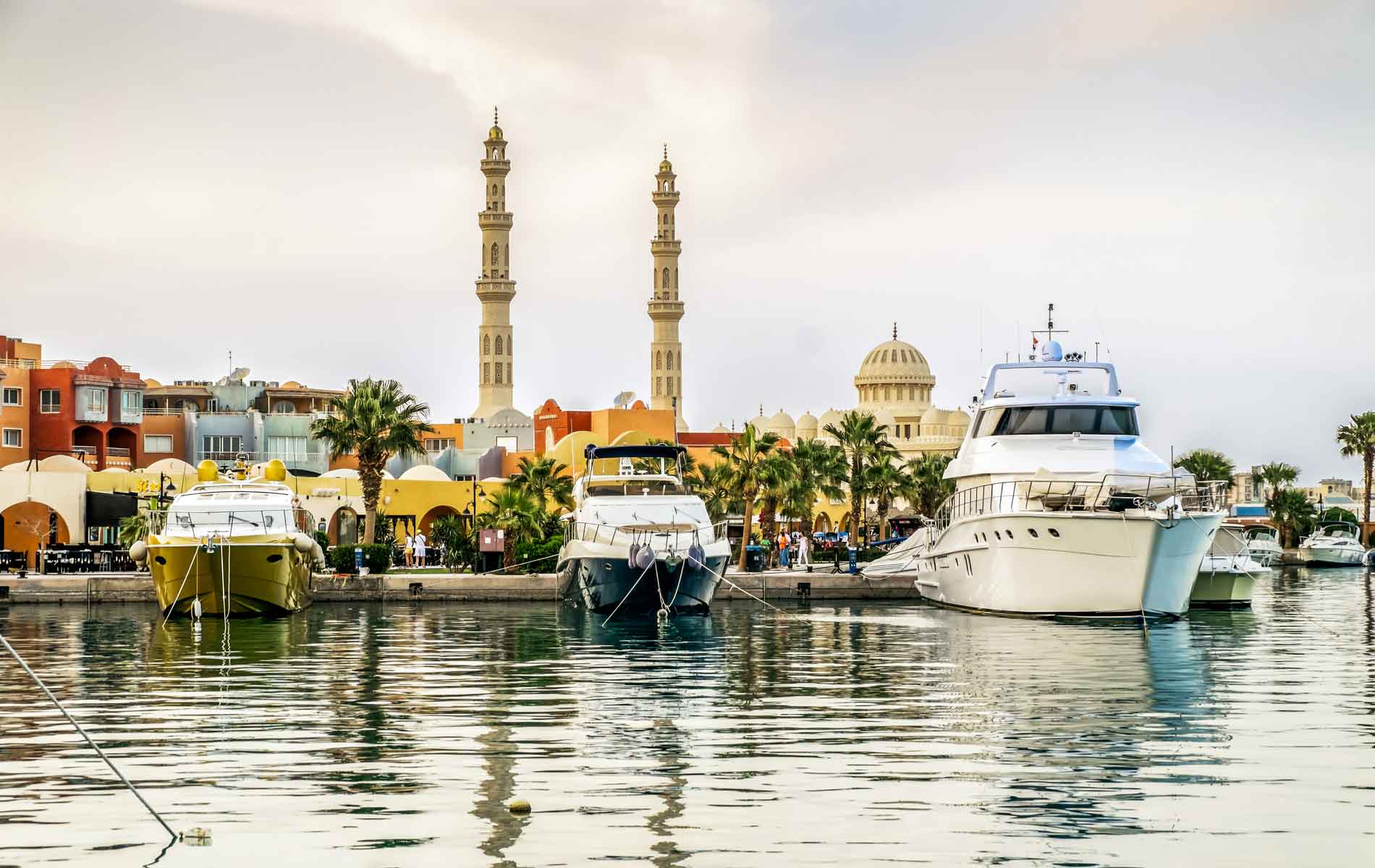 Yachts berthed at the port of Hurghada

When he died, he was venerated with his own ornate burial - ready to become an exciting puzzle to untangle, four millenia into the future.

In so many ways, we’ve barely scratched the surface of Ancient Egypt, and the answers will continue to rise out of the desert sands for centuries to come.

The “golden age” of Egyptology never went away - and it won’t be doing, any time soon.

Join Wheel & Anchor Egypt & the Holy Land tour, happening in February of 2023...all the information can be found here!