Coming to you today from an incredible cave monastery in southern Georgia!

The sanctuary was ordered to be built in the 12th century as a defense against the onslaught of the Mongols, who had reached the borders of Europe. With 13 levels and 6,000 rooms, the scale of it is staggering.

However, Mother Nature proved a more dangerous foe than the Mongols, and an earthquake destroyed much of it barely 100 years after it was completed. Monks would maintain it for a few hundred years, but after being raided by the Persians in the sixteenth century, it was abandoned.

There is still some wine buried in the fortress, but I'm not sure 800 year-old wine would be something you'd want to drink a lot of.

The rest of the food and wine here, however, is outstanding. Here's a short video of my thoughts about Georgian wine and the high quality food culture here:

By the way, I'm not talking about this all this fantastic wine to make you jealous - it's to let you know how you can try some too.

We've arranged with the Askaneli Brothers Winery to do a sampling at the Zoomer Show coming up on Oct. 27 & 28 (their wines are not listed in the LCBO).

I can't speak for the other vendors at the show, but what I can say for sure is there will be one really great wine sampling station, and one reasonably interesting travel community. And, if there's interest we can set up a mingle after the show and share some stories.

For those of you not in Ontario or the Toronto area...I'll save a few bottles for our next events outside of southern Ontario.

Lastly, I'll share a photo taken a few days ago in Kazbegi, Georgia...the stunning Mount Kazbek against a blue sky, towering over the Gergeti Trinity Church. 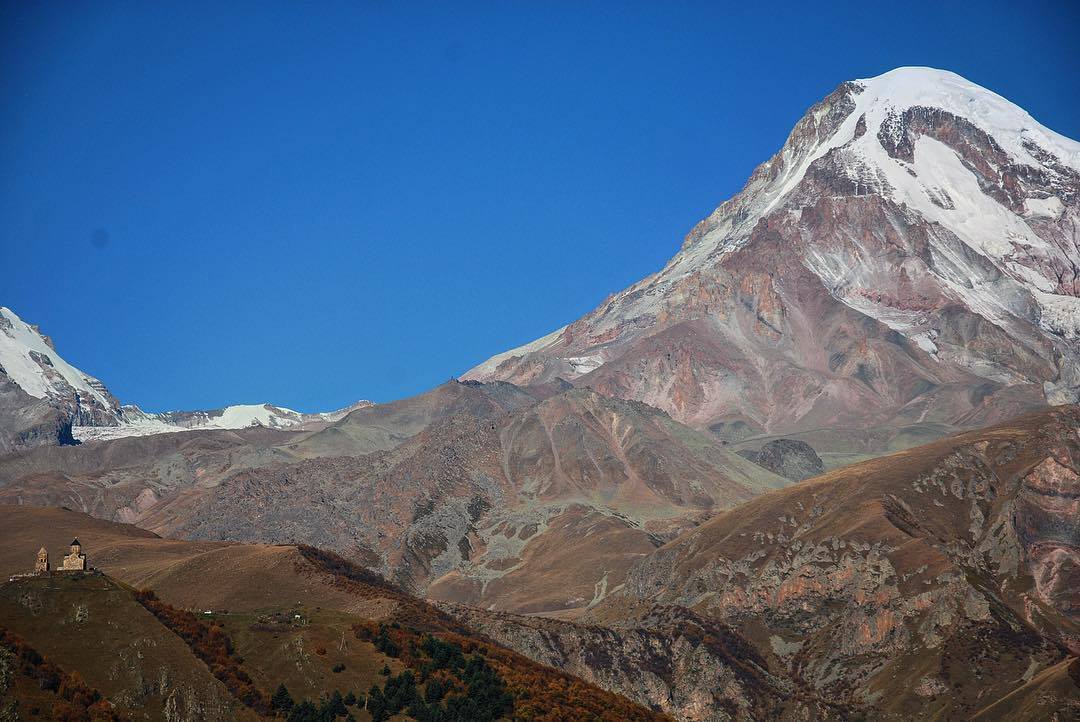 Our tour continues and another mountain beckons as we head to Armenia and Mount Ararat. Cheers from Georgia!

Come say and the Zoomer Show and try some great wine - get your free tickets here!