Art, architecture, culture, & cuisine: Reasons why Tuscany will captivate you

Rome’s iconic ruins are dazzling, and Milan’s marriage of the modern metropolis and its illustrious past is mesmerizing. But when people think of a captivating Italian trip, they may as well consider Tuscany, a region in central Italy that boasts immersive cultural experience, breathtaking scenery, superb cuisine, and a certain famous tower.

We’re not going to pit one fabulous Italian region against another — each offers its unique allure. No matter which corner of Tuscany you go to, there’s a gorgeous stretch of land, a beguiling artwork, or a tasty treat that will delight you. 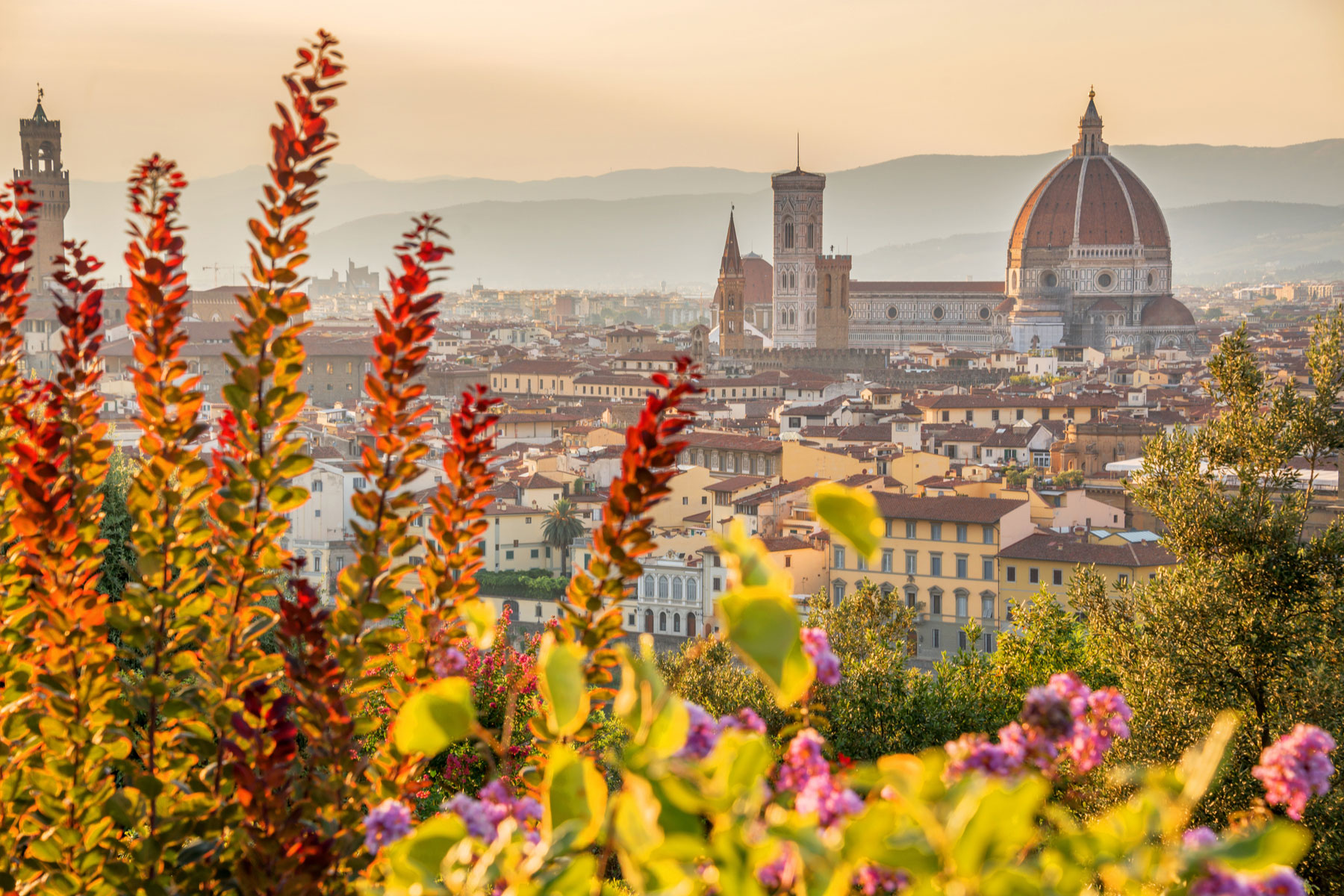 For centuries, Tuscany’s capital city Florence has served as a muse to Italian artists, architects, writers, and thinkers who have inspired creative minds all over the world. It is home to some of the most important artworks in history, including eye-catching cathedrals, sculptures, art galleries, and libraries lining its cobblestoned streets and piazzas. That’s why UNESCO deemed the entire city worth of preservation and protection.

Florence is a city that proudly displays its wonders, attracts massive crowds, and holds them captive, with structures like the Cattedrale di Santa Maria del Fiore (huge, ornate, grand), Ponte Vecchio (old, romantic, and a celebrated survivor of World War II), and other fascinating landmarks scattered throughout this historic city.

The Leaning Tower of Pisa is a structural anomaly whose imperfection turned it into an architectural miracle. That’s precisely why it’s a heritage site and an obvious favorite among selfie-takers. It has been enthralling people for ages, but the Square of Miracles where it’s located is also worth exploring.

The Cathedral of Santa Maria Assunta, the dome that humbly stands beside the leaning tower, and the Camposanto, a graveyard said to be built on dirt from the Holy Land where Jesus Christ was crucified, that are within the square are haunting Gothic structures that evoke a time when explorers, noblemen, and saints walked the earth. 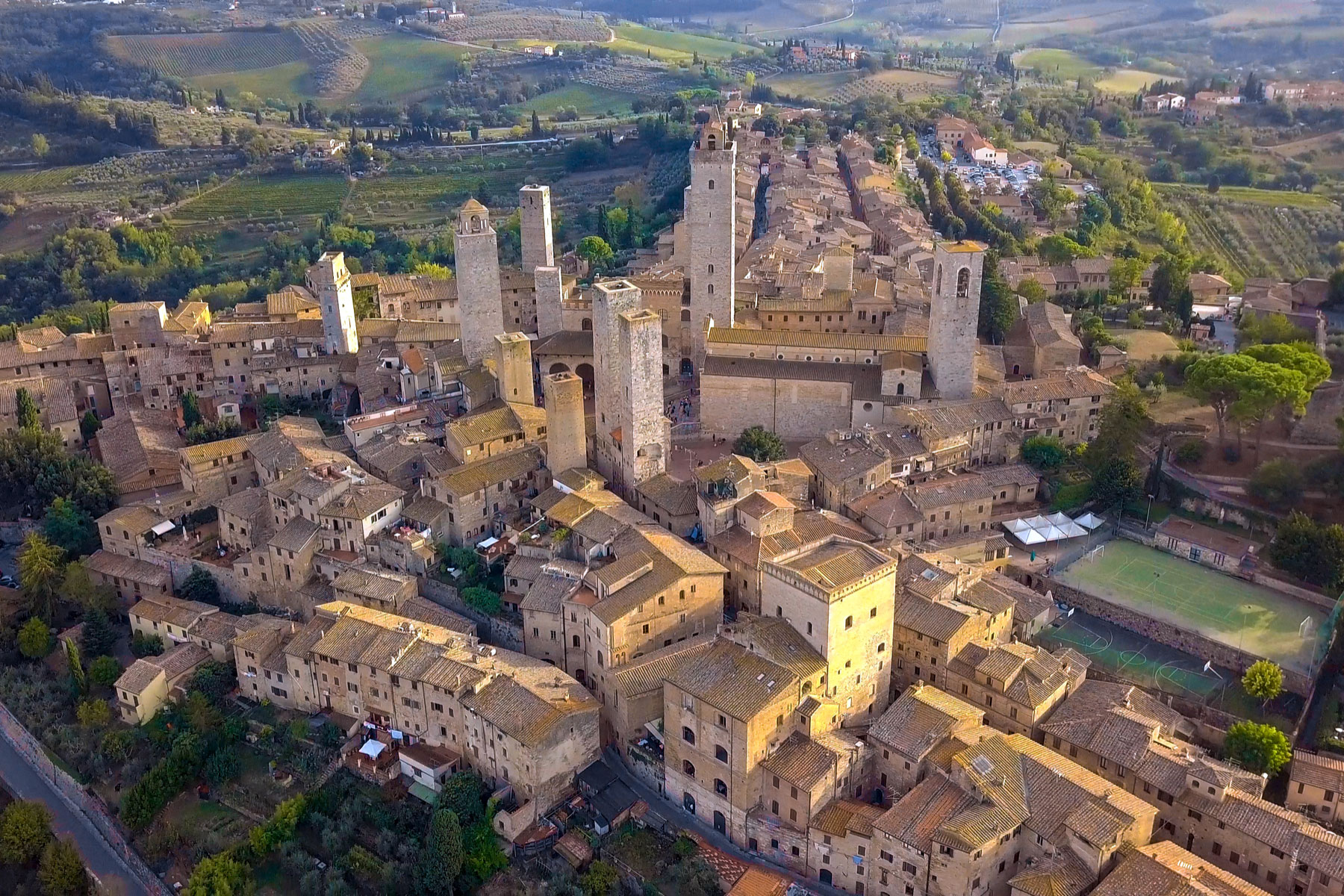 San Gimignano, also known as the Town of Fine Towers, is a quaint neighborhood that used to be the stomping grounds of Italy’s most powerful and most wealthy. Unlike Pisa, this remarkable town doesn’t have one tower that single-handedly draws large crowds. What it does have are 13 breathtaking towers (where there used to be 70). Gaze at their stunning sight from the streets or from one of the many stone cottages in the area.

A mere 45 minutes away from San Gimignano is Siena, a small medieval city that sits on a hilly section of Tuscany. One of its main attractions is Piazza del Campo, where the biannual horse race Palio di Siena is held. Wander around the historic piazza or head over to Duomo di Siena and take pictures, say a little prayer, or admire the facade of the centuries-old dome. Then step inside and gaze at its marble-striped columns and ornate sculptures by Donatello and Michelangelo, and frescoes by Pinturicchio. 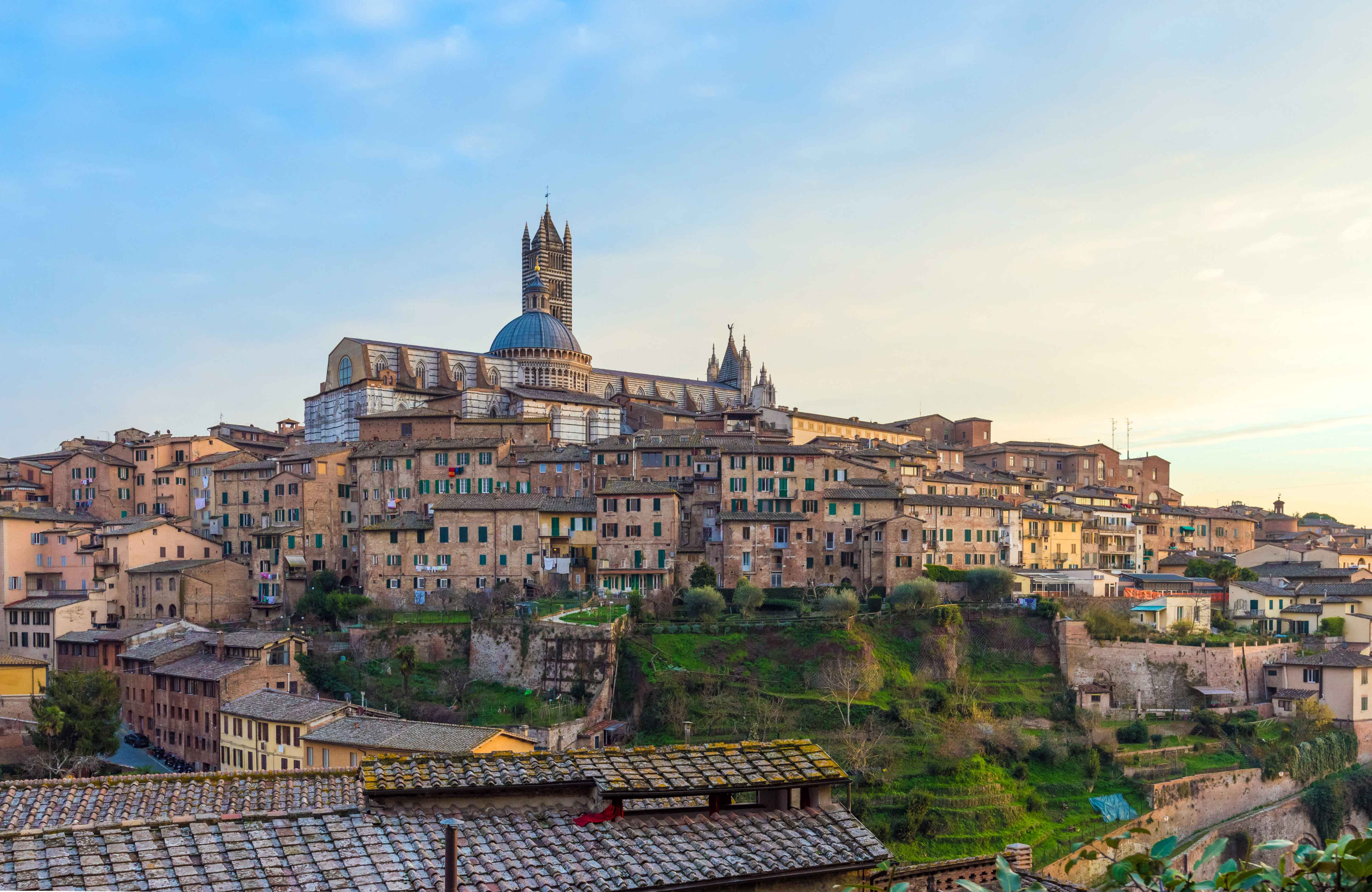 The town of Siena in Tuscany, Italy

Magnificent artworks by some of history’s brilliant figures

Artists Michelangelo, Leonardo Da Vinci, Sandro Botticelli, and Raphael flourished under the patronage of powerful families and the church during the Renaissance era. Brilliant writers, philosophers, and scholars of the time also honed their skills and created works that continue to influence generations of artists and geniuses.

They used to walk the streets of Florence, and their treasures can be found in two of the oldest art museums in the world. The Accademia Gallery houses Michelangelo’s masterpieces in marble, including the statue of David and his four unfinished Prisoners or Slaves statues. Meanwhile, the Uffizi Gallery is home to the Venus de Medici and Sandro Botticelli’s Birth of Venus.

Although many know Italian food to be exquisite, many are not familiar with the distinct flavors that every Italian region offers. Tuscan dishes are made using locally sourced produce and are characterized by the simplicity of their preparation, and by the passion and care with which they're prepared. Narrowing down your meal choices will be a challenge, but a welcome one. 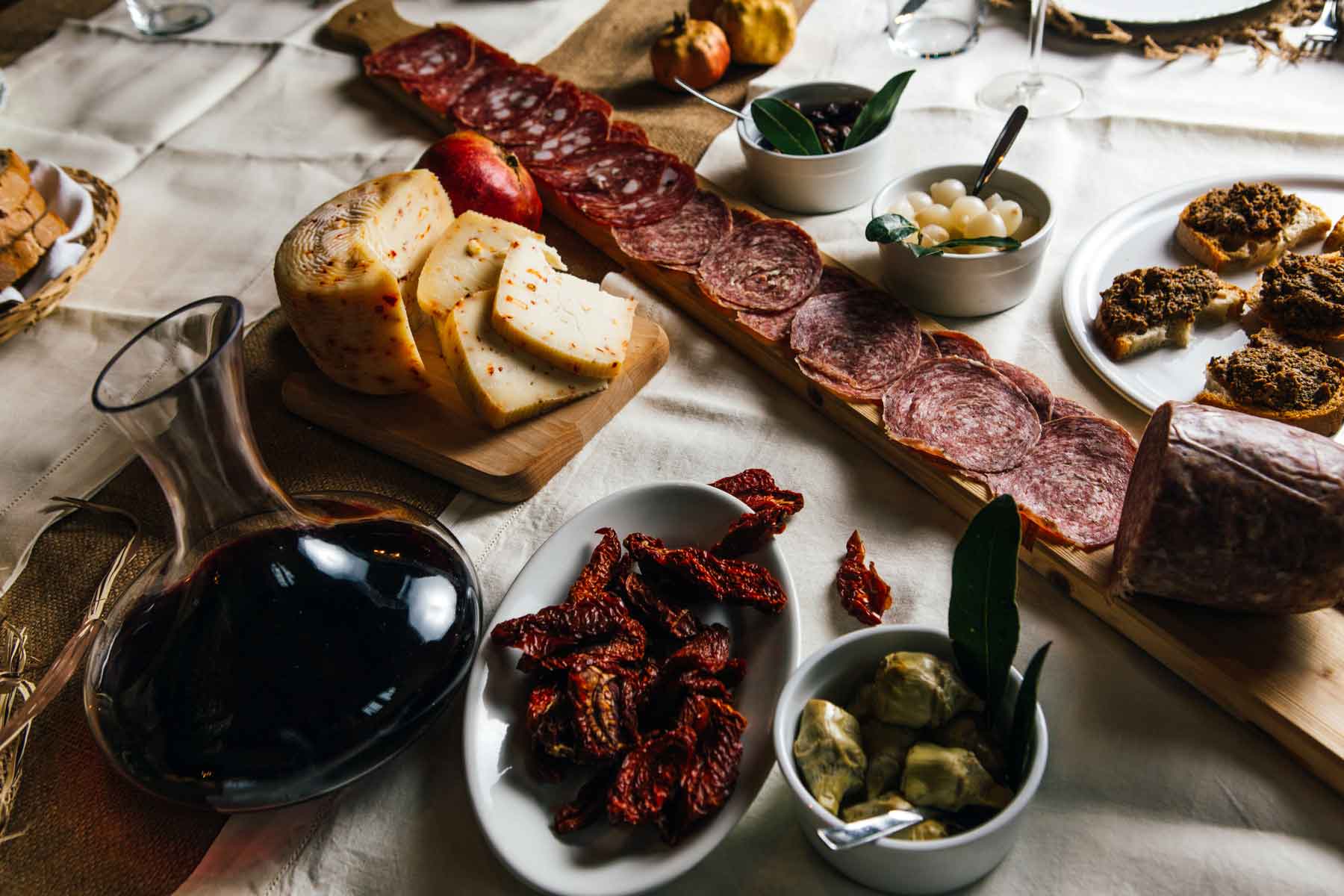 Equally nourishing are pasta dishes like tagliatelle al tartufo, typically infused with generous portions of truffle sauce. When trying varieties of antipasto, go for a plateful of Italian cured meats (affettati misti) and the freshest olives, or go for lighter fare of toasted bread and chicken liver paté. Enjoy these with a glass (or a bottle) of Chianti or any of Tuscany’s exquisite wines. And of course, make room for a cappucino or espresso at the end.