"This lake exceeds anything I ever beheld in beauty.” — Percy Shelley

George Lucas wanted the finale of Star Wars: Episode II to climax with a sweeping romantic scene. But instead of creating a fully computer-generated setting, he chose a location so stunning, it’s almost otherworldly. That’s how Lake Como became the spectacular backdrop for Anakin Skywalker and Queen Amidala's wedding. 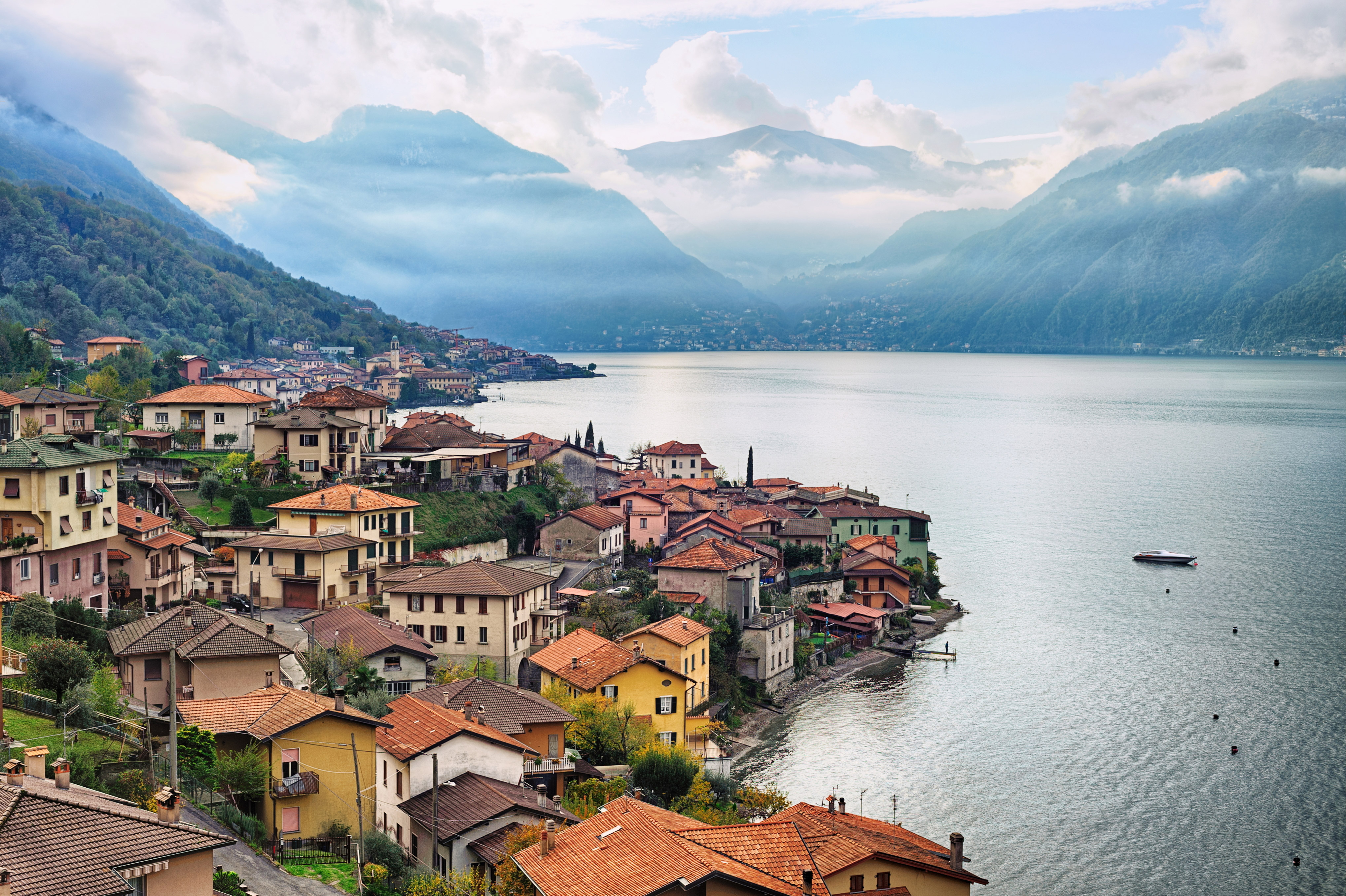 Lake Como with a backdrop of the Alps

Often cited as one of the most beautiful lakes in the world, Lake Como in Northern Italy boasts of many dramatic and breathtaking sceneries, thanks to the foothills of the Alps combined with the deep, calm waters of the lake. More than a dozen picturesque towns and villages stand on the lake's mountainous shores.

Most tourists settle for a lakeside view, but we've crafted a tour that veers from the usual. You’ll see the lake from below and from a bird’s-eye view of the whole region. There will be hiking and sightseeing, basking in the comforts of lakeside hotels, and feasting on superb Northern Italian cuisine.

When in Lake Como, here are 10 villages you shouldn’t miss.

Consistently mentioned in many “best of” articles, Bellagio is the most famous town in Lake Como. Drop by its many delightful and elegant villas, especially Villa Serbelloni. Built nearly 2,000 years ago, Villa Serbelloni is so beautiful that it enchanted Leonardo da Vinci himself. Meander around town, shop in the arcades near the lake waters, and sip an aperitivo at one of the many eateries near the dock. 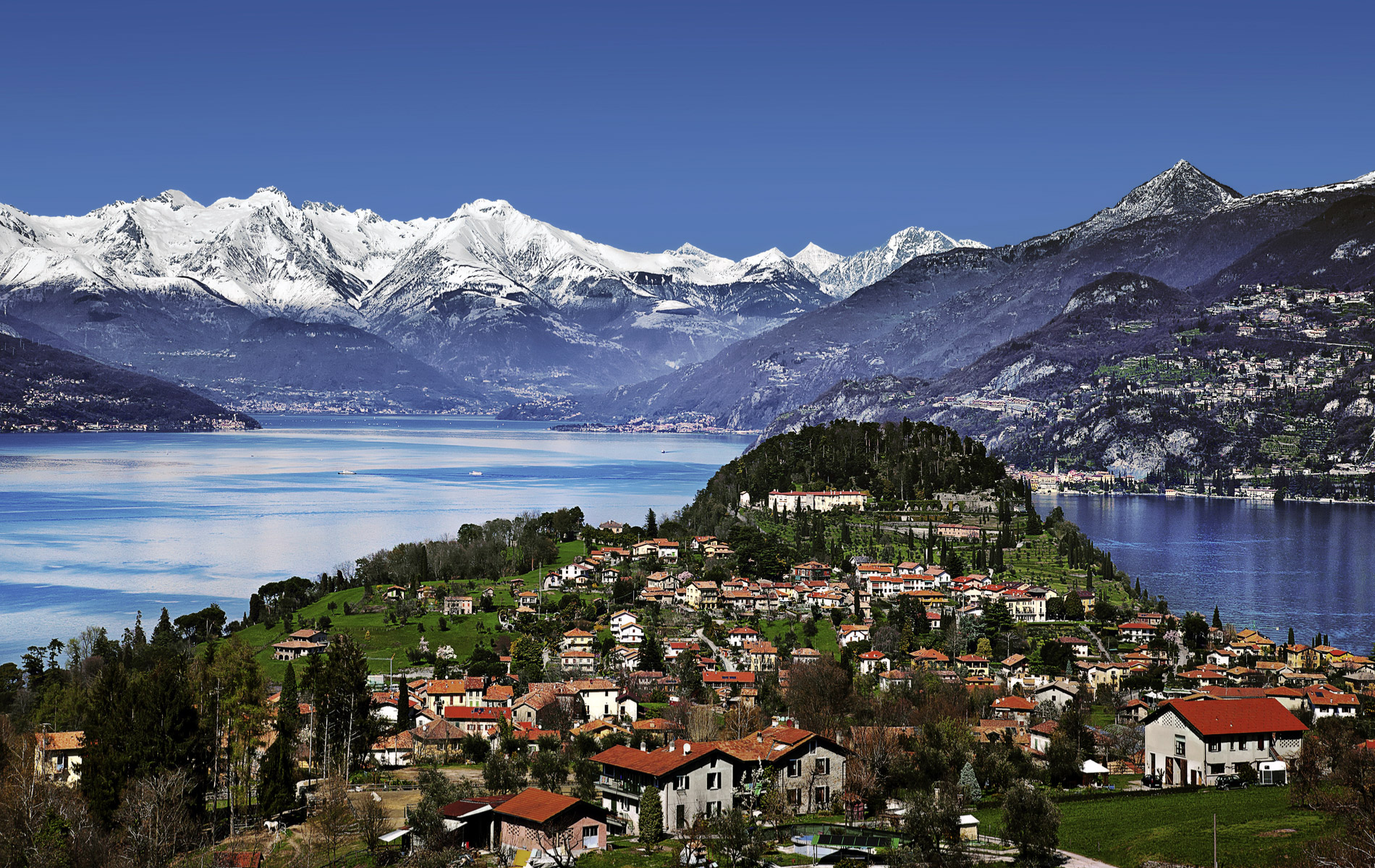 The village of Bellagio along Lake Como

Home to less than 1,000 residents, this small and peaceful town provides a stark contrast to the other touristy towns. Tranquil Varenna is for those who want to wander amidst charming, brightly colored fishermen’s houses, enjoy an unhurried meal at a lakeside cafe, and trek the narrow streets of the village. For an artistic and cultural trip, must-visits are Villa Cipressi, Villa Monastero, and Vezio Castle.

[3] Tremezzo: Where art and beauty bloom

The main attraction of Tremezzo is Villa Carlotta. Its 20-acre botanical garden is a feast for the senses, with over 500 species of plants, including azaleas, orchids, and rhododendrons. Then step inside the villa-turned-museum, and go through the small but impressive collection of paintings, sculptures, and tapestries.

[4] and [5] Argegno and Pigra: The charming gateway to a mountain with a view

Like Varenna, Argegno is a small town that retains much of its unspoiled charm, offering visitors a glimpse of authentic village life. A tranquil stream runs through and divides ancient Argegno into two sides, which are connected by a centuries-old bridge dating back to the Roman-medieval age. Go back in time as you walk around and visit its beautiful churches.

Backed by a majestic mountain, Argegno is also where one rides a cable car for a 5-minute trip up to the village of Pigra. At 881 metres above sea level, Pigra offers a panoramic view of Lake Como and the Alpine foothills. Go hiking to the 15th century Oratory of San Rocco, a quaint chapel with its first floor completely adorned with frescoes. 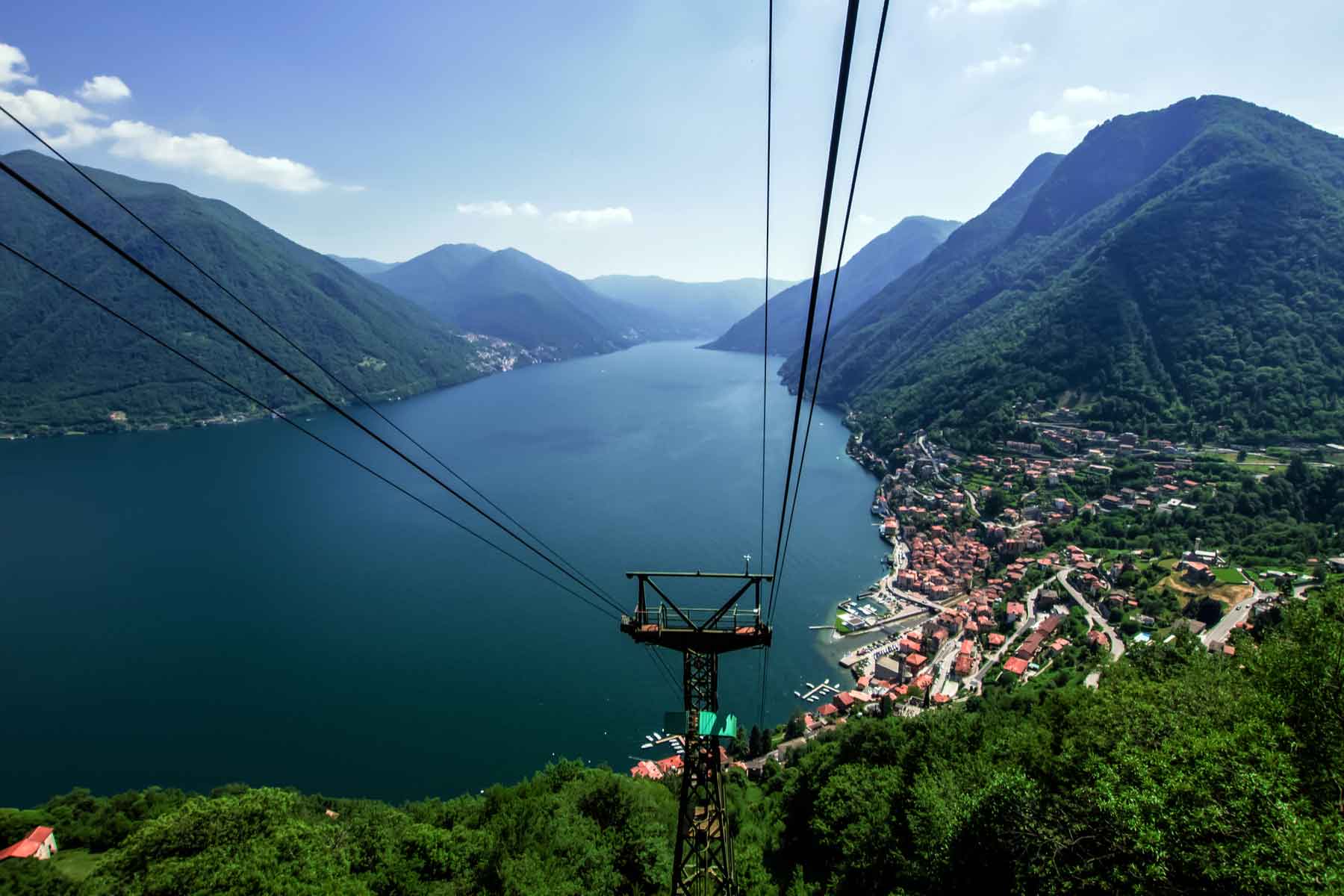 [6] Cadenabbia: A walk to remember

This lakeside hamlet is nestled in a spot where the mountains descend onto Lake Como. Home to opulent villas, grand hotels, stunning gardens, and historic churches, Cadenabbia was a favorite destination of the British since the 1800s.

From Cadenabbia, one can walk the entire length of the Greenway del Lago di Como. This 10-kilometre route follows Via Regina, the ancient road built by the Romans. See the lake from different perspectives as you weave through several lakeside villages. Revel in breathtaking vistas, explore oratories and villas, then stop and savor rustic fare in cafes. It may take you around three and a half hours to cover the entire length of the Greenway, but it’ll be time well spent.

[7] Lenno: Where a Jedi and James Bond once stayed

The spectacular Villa del Balbianello, one of the greatest and most famous villas on the lake, is a museum and the setting of several Hollywood films, including 2002’s Star Wars: Episode II Attack of the Clones and 2006’s Casino Royale. Lenno is also famous for its handmade olive oil, so be sure to try it. And while it’s pretty quiet and peaceful in Lenno, there’s Lido di Lenno, the beachfront where weekend parties can last until the wee hours of the morning.

The beautiful Villa del Balbianello is a villa and garden in the comune of Lenno, Italy, a small wooded peninsula overlooking Lake Como

[8] Colico: The historic city in the north

Because Colico lies in a strategic passageway, it was pillaged by different armies throughout its history. That’s why it’s most famous for its forts, especially Forte de Fuentes and Forte Montecchio-Lusardi, the only Italian fort from World War I that’s preserved with its original weapons intact. It is also home to many religious buildings, most especially Abbazia di Piona, a Romanesque abbey with a beautiful view of the lake, and the small Church of San Rocco, also in the Romanesque style.

[9] Griante: Of art and azaleas

Located 50 metres above lake level, Griante’s unique and enchanting landscape makes it a favorite vacation destination for many famous people. Giuseppe Verdi composed portions of his opera La Traviata in the quiet Villa Ricordi, while French writer Stendhal used the village as a major setting for his masterpiece, The Chartreuse de Parme. Queen Victoria of England, Kaiser Wilhelm II of Germany, and Tsar Nicholas II of Russia all vacationed here.

Griante is also where azaleas grow in abundance, and visitors flock to admire the burst of colors from what they call the “Riviera of the Azaleas”. 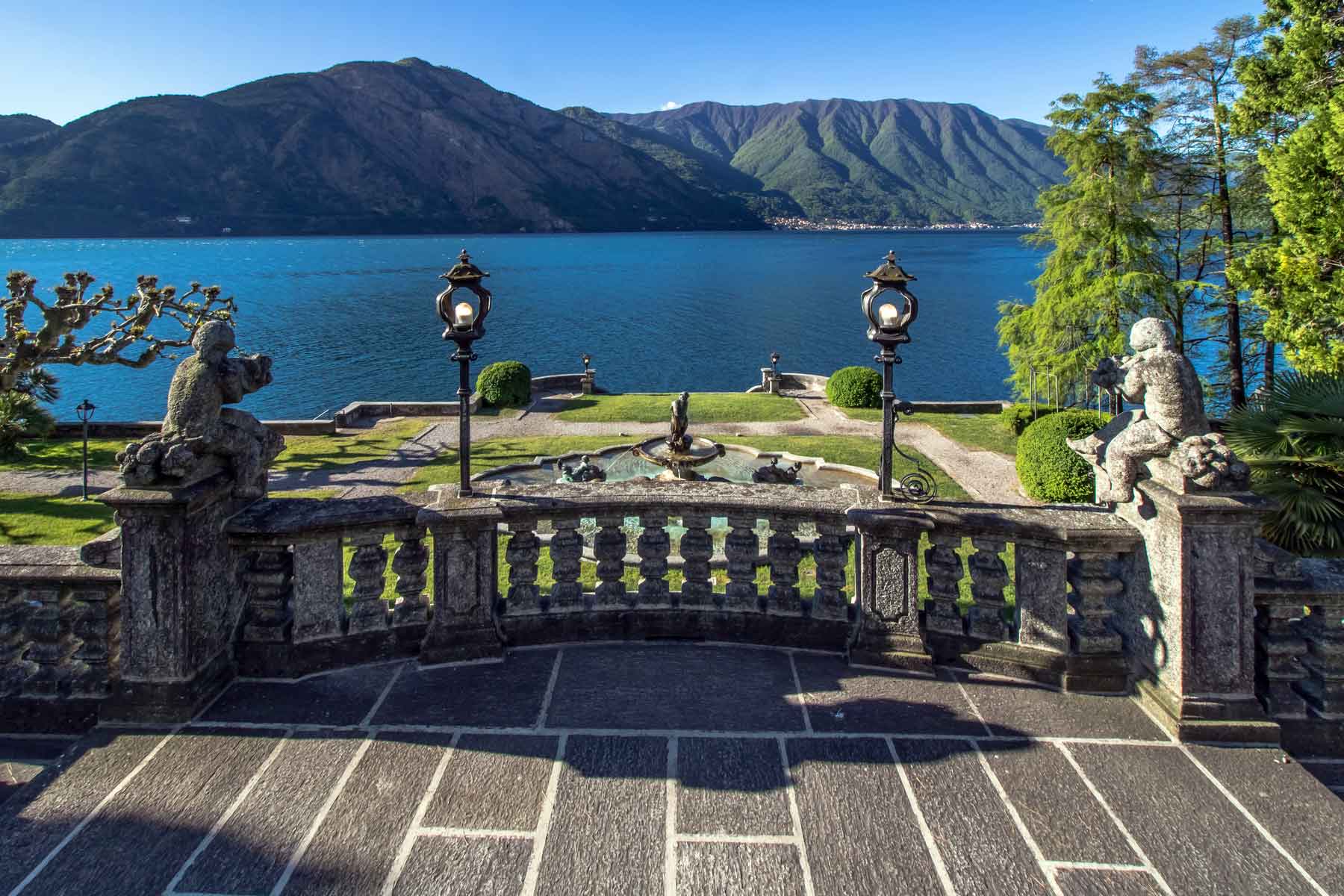 Like Cadenabbia, Colonno is best known as the start (or end) of the Lake Como Greenway, where hikers can marvel at Lake Como’s panoramic views and picturesque villages. Colonno is also your jump-off point to visit the only island on the lake, Isola Comacina. Ride a boat to the island, where you can get a 360-degree view of the towns surrounding the lake. And stay for the fireworks display in the evening!

Travel with us at Wheel & Anchor

The best journeys are not just about where you go, but who you’re with that matters. That’s why we gather like-minded travel companions for curated group tours. If you also seek to travel with people who share your passion, taking time to stop and revel in experiences, then sign up and join our community of travellers looking for something different. We’d love to have you on board!