The Earthquake That Toppled A World Empire

It’s just after 9am on the 1st November, 1755, and the church bells are ringing across Lisbon. It’s All Saints Day or Hallowmas - now less well-known than the preceding day, our modern Halloween (a contraction of “All Hallow’s Evening”).

The private and religious spaces of the city are aglow with candlelight. Processions are planned, feasts are arranged, prayers will be said.

18th-Century Portugal is profoundly Roman Catholic, and today is one of the most celebrated points on the religious calendar. 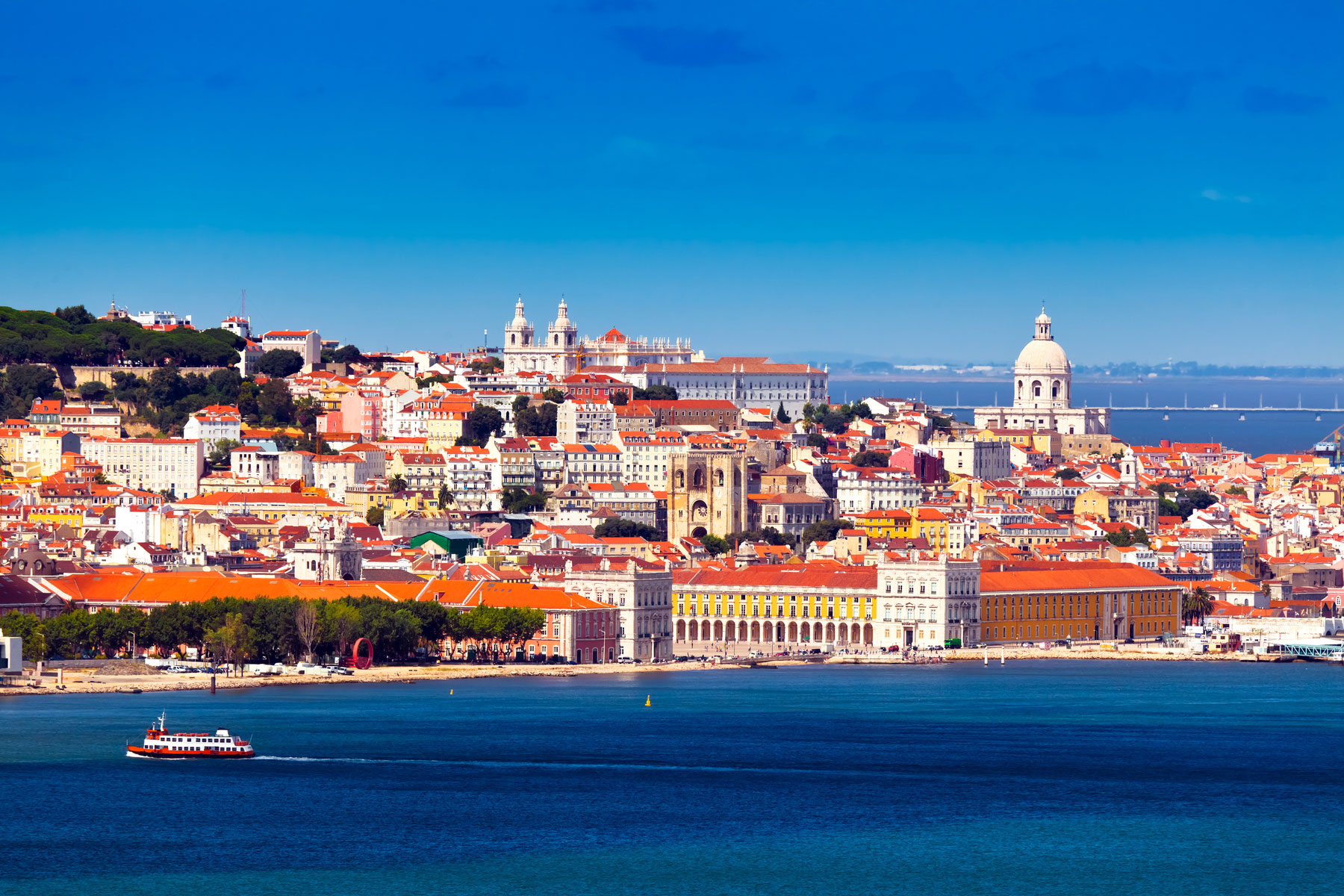 The skyline of Lisbon, as seen from Almada, Portugal

It will be a day to remember. Nobody could have expected the nightmare that was to follow.

At approximately 9:40, the ground heaves skywards. An earthquake, around 8.5 to 9.0 in magnitude, ripples through the city, toppling buildings, sparking fires and ripping 16 foot wide fissures across the ground.

The devastation is incredible - but more horror will follow. Around 40 minutes after the earthquake struck, a tsunami engulfs the harbour and sweeps into the lower city, catching the survivors as they dig themselves out of the rubble.

The Lisbon earthquake of 1755 virtually erased Portugal’s capital city. Around 85% of its buildings were destroyed, including every single church, and fierce fires burned in the debris for days afterwards. Tens of thousands of people were killed - maybe up to a fifth of the city’s population.

Rebuilding Lisbon would cost Portugal between a third and half of its entire GDP, and hasten  the decline of the world’s first global empire.

It’s hard to believe any of this if you visit Portugal today. A tour along its Atlantic coastline will uncover a sunny, frequently stunningly beautiful country that looks like all it wants to do is relax in the sun, sipping port. (Lisbon enjoys more hours of sunshine per year than Athens, Greece.)

It’s a place to relax and unwind: even its capital city is a far cry from the bustle of the big European centres. 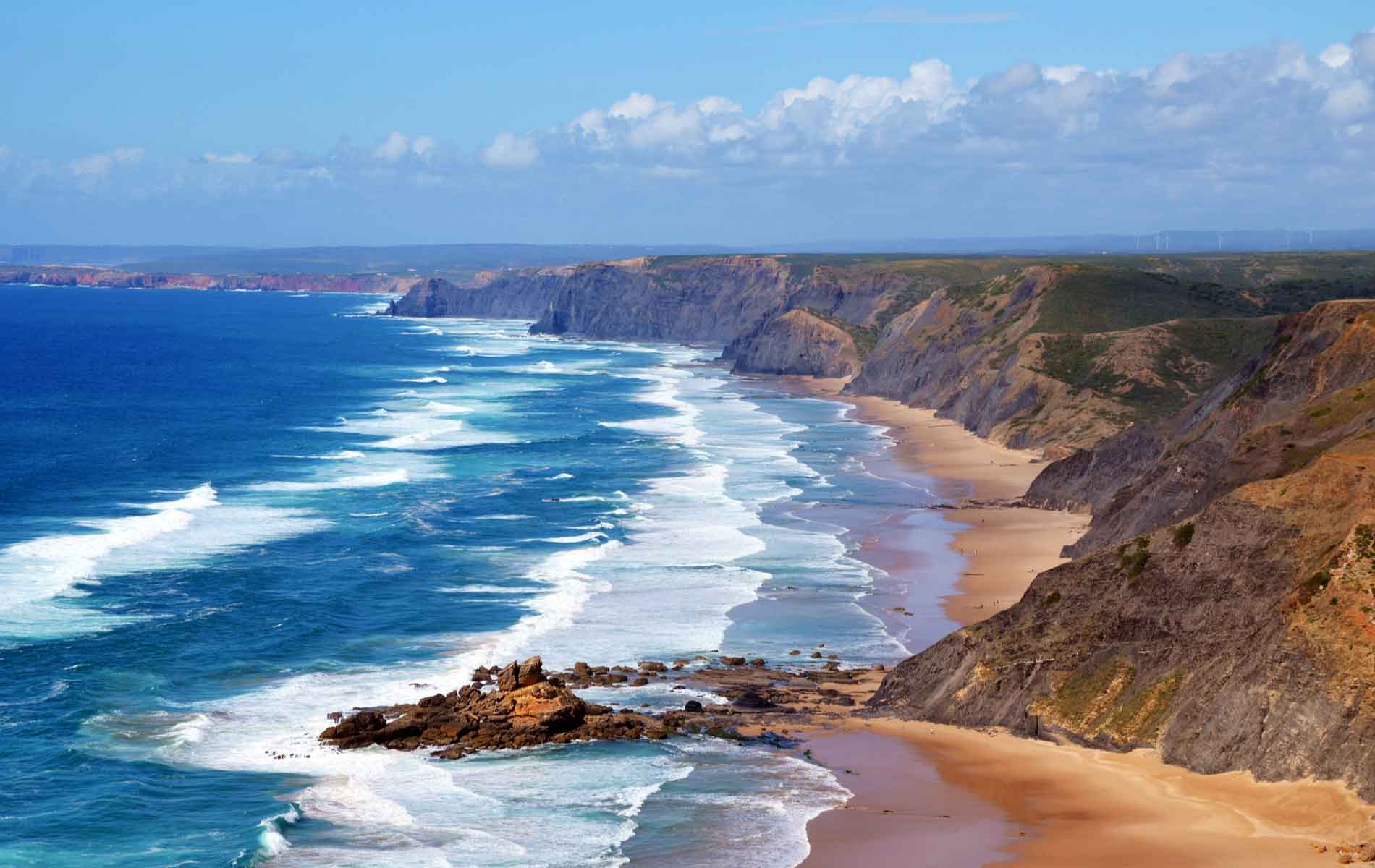 But don’t be fooled. You’re looking at the dimmed remains of one of the world’s longest-lived empires, which hugged coastlines right around the globe.

The first clue is the Portuguese language. It’s hard to reconcile the facts that Portugal has just 10 million inhabitants, and yet Portuguese is the third most-spoken European language in the entire world.

There are currently over 250 million people speaking the language outside of Portugal - and it’s the most widely spoken language in the Southern Hemisphere.

Portugal is a small country, but the Lusophere - the worldwide of community of people culturally or linguistically linked to Portugal - is absolutely enormous.

To understand why, we have to dive deep into medieval history, and swerve around the world’s most famous explorer to focus on his equally accomplished friend.

Vasco da Gama of Portugal and Christopher Columbus of Italy may have been born countries apart, but they become firm friends after studying together in Seville, Spain.

When da Gama was imprisoned in Spain during a breakdown of diplomatic relations between Spain and Portugal, it was Columbus who petitioned the Spanish king for his release.

This was soon followed by a typically Eurocentric agreement between the two countries: Spanish explorers were only allowed to sail west on their expeditions of thinly disguised colonial plunder, and Portuguese ships could only sail east, to consolidate early colonial gains in Africa. 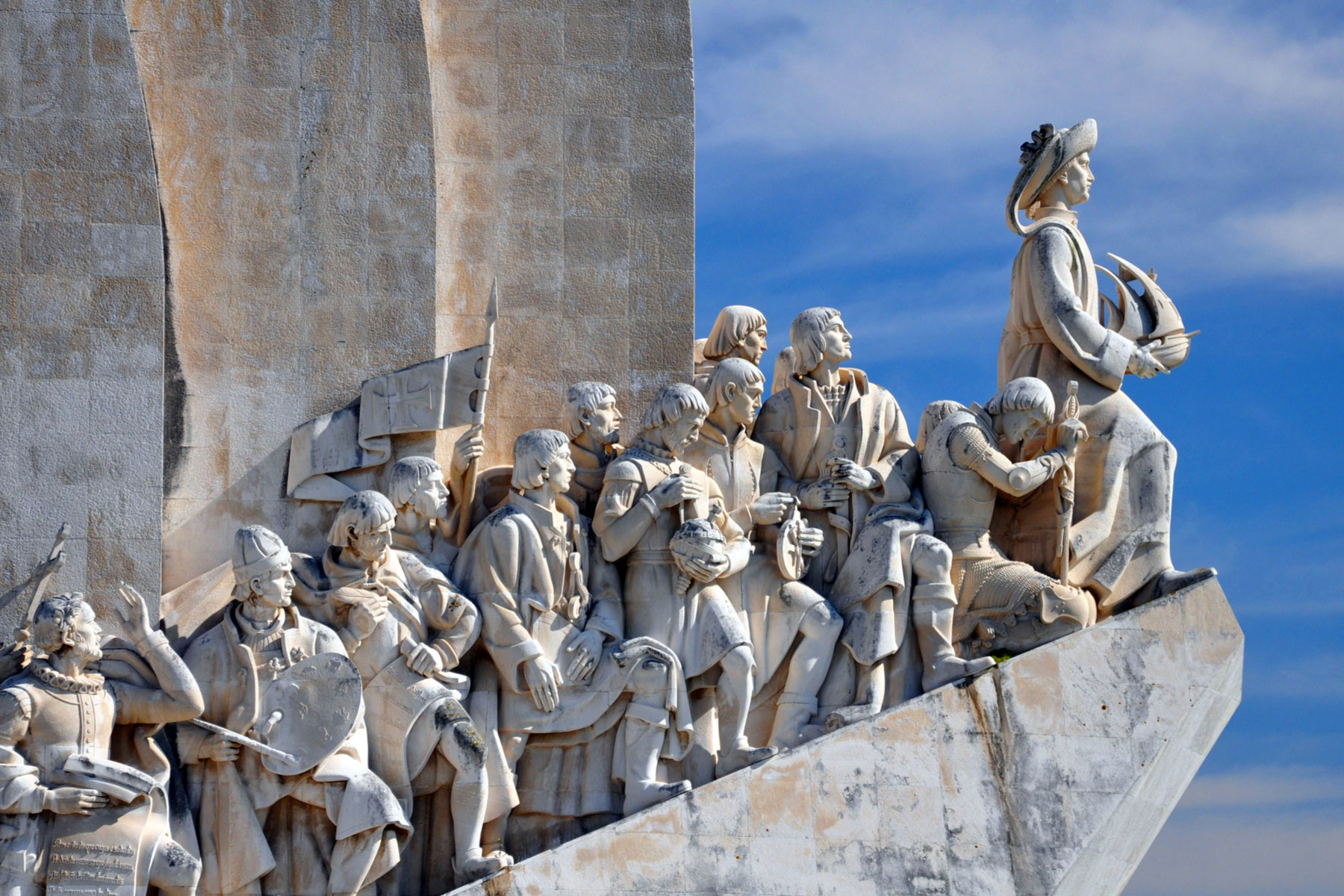 Monument to the Discoveries (Padrao dos Descobrimentos) celebrating the Portuguese Age of Discovery during the 15th and 16th centuries in Lisbon, Portugal

Both countries were hunting the fabled Orient and its legendary wealth in trade and plunder.

We know how Columbus’s voyage of 1492 turned out, and what it discovered (although Columbus himself was convinced he’d found the eastern edge of Asia, so the naming of the continent he discovered eventually went to fellow explorer Amerigo Vespucci).

Da Gama’s expedition of 1497 was no less extraordinary: he sailed down the coast of Africa, rounded the Cape Of Good Hope (which he renamed from “Cape Of Storms”, once he successfully negotiated his way around it), and on the advice of an Arab navigator, trail-blazed his way to India.

Portuguese sailors were legendary during the so-called Age Of Discovery - and probably all too willing to bend the rules.

In 1500, Pedro Álvares Cabral sailed westwards into the Atlantic, probably deliberately, and made landfall on what he thought was a huge island. He claimed it for Portugal - and into the hands of the Portuguese Empire fell the world’s fifth largest country by area, with a modern population of over 210 million people - all speaking Portuguese.

Its given name by its conquerors was “Land Of The Holy Cross” - but the name was soon replaced with a reference to the trade in brazilwood, source of a deep red die much coveted by the European textile industry.

By the mid 18th-Century, Portugal administered a vast empire of trading posts and settlements - one that required all its resources to maintain.

Then the earthquake hit - and so began a long period of decline, of successful bids for independence in the colonies, and the eventual return of almost all the colonial settlers and mixed-race kin. 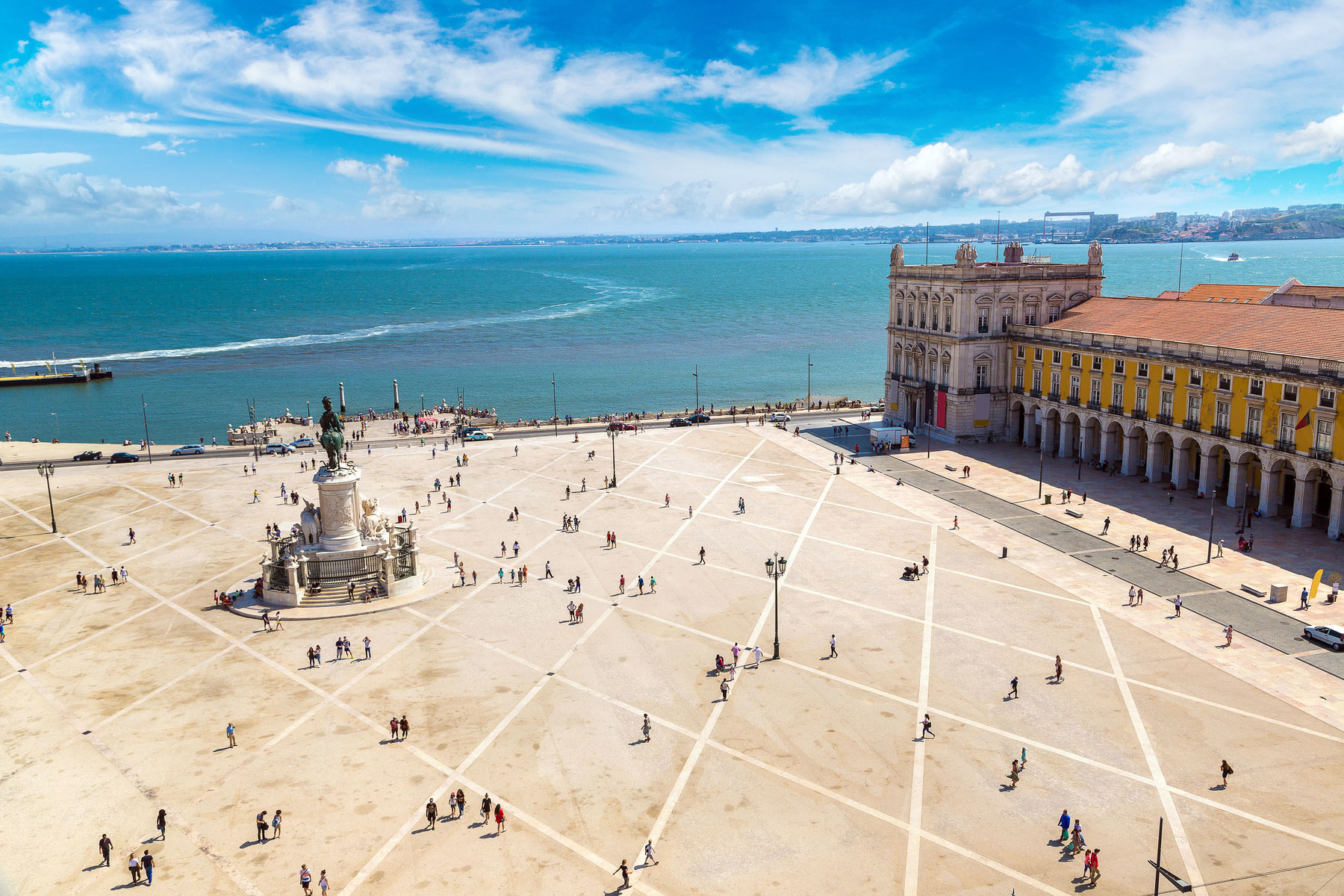 Praca do Comercio (Commerce square) and statue of King Jose I in Lisbon, Portugal

It’s hard to see any of this today in modern Portugal, as you wander the streets of Lisbon. You’ll catch glimpses in Praça do Comércio, the huge square, one side open to the sea,  that was built from the rubble of the 1755 earthquake.

You can easily imagine ships sailing in and unloading precious spices and all the material benefits of empire, boosting the coffers of this once-fabulously-wealthy nation.

You may hear a note of pride in a guide’s voice, or a piece of architecture that looks far too grand to be catering for sun-loving tourists. You may pop into an antique shop in Lisbon or Porto and see something truly startling.

But generally speaking, Portugal has a relaxed fondness regarding its former empire, rather than a passionately vocal one.

It’s a place of political stability and high living standards, and it’s too busy looking forwards to concern itself too much about what’s in its rear-view mirror. (Very sensible people, the Portuguese.)

Nevertheless, it’s all there, if you look hard enough, and ask the right questions. In Portugal, the history goes deep and stretches across oceans - and if you’re curious enough, it’ll take you to a world you never knew existed.