9,000 Years In The Pot: A Food Lover’s Introduction To Mexico City

The most powerful chef in Mexico City, speaking to Suitcase Magazine, is being as modest as always.

“It is hard to know Mexican cuisine. Mexico is so large and there are so many regions that not even Mexicans know it well.

When people travel they synthesize the traditional processes and you end up with something superficial. But in general people are becoming more aware, and there are several chefs that are contributing to that awareness.” 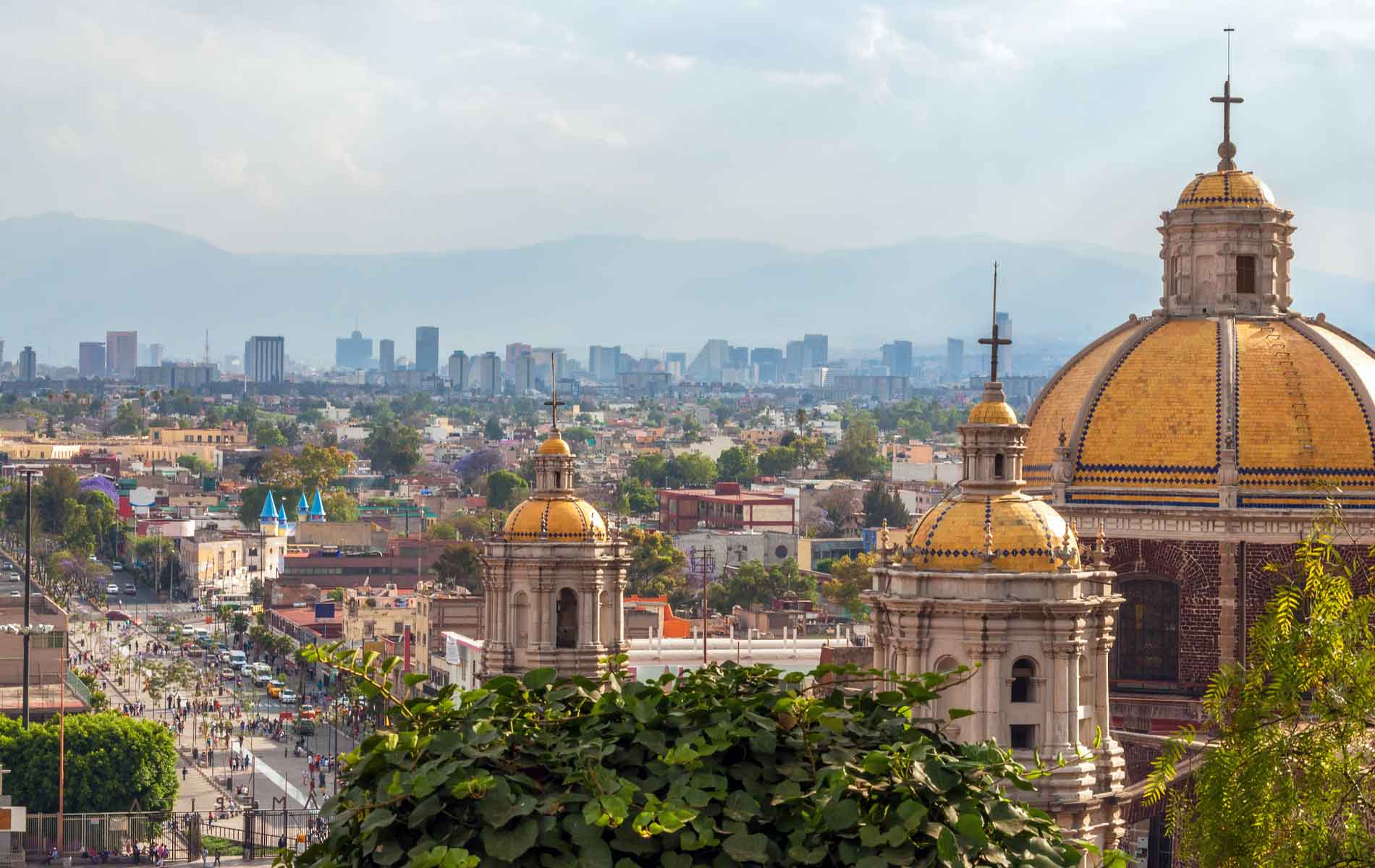 He then goes on to list other chefs around the world. But it’s Enrique Olvera who has put Mexican food - and his home, Mexico City - on the map of outstanding international cuisine.

The best Mexican food was always this good, of course. Its history is so rich and varied that lumping it all together under one label seems ingenuous.

What other national cuisine has a 9,000 year history (at least 9,000 years) that has been influenced by so many ancient Mesoamerican cultures - the Maya, the Toltecs, the Zapotecs, the Totonacs - before being hit by waves of Spanish invaders and European imports?

(Mexico’s traditional foods were so well-established that they managed to resist Spain’s attempt to colonize the country gastronomically as well as politically - but those influences can still be seen in menus today.)

Eating out in Mexico City was always this good - but never this popular. When Olvera opened his restaurant Pujol in 2000, he caught the moment when Mexico City was starting to open its doors to international tourism and place itself at the center of a national cultural renaissance.

It was perfect timing combined with perfect food. 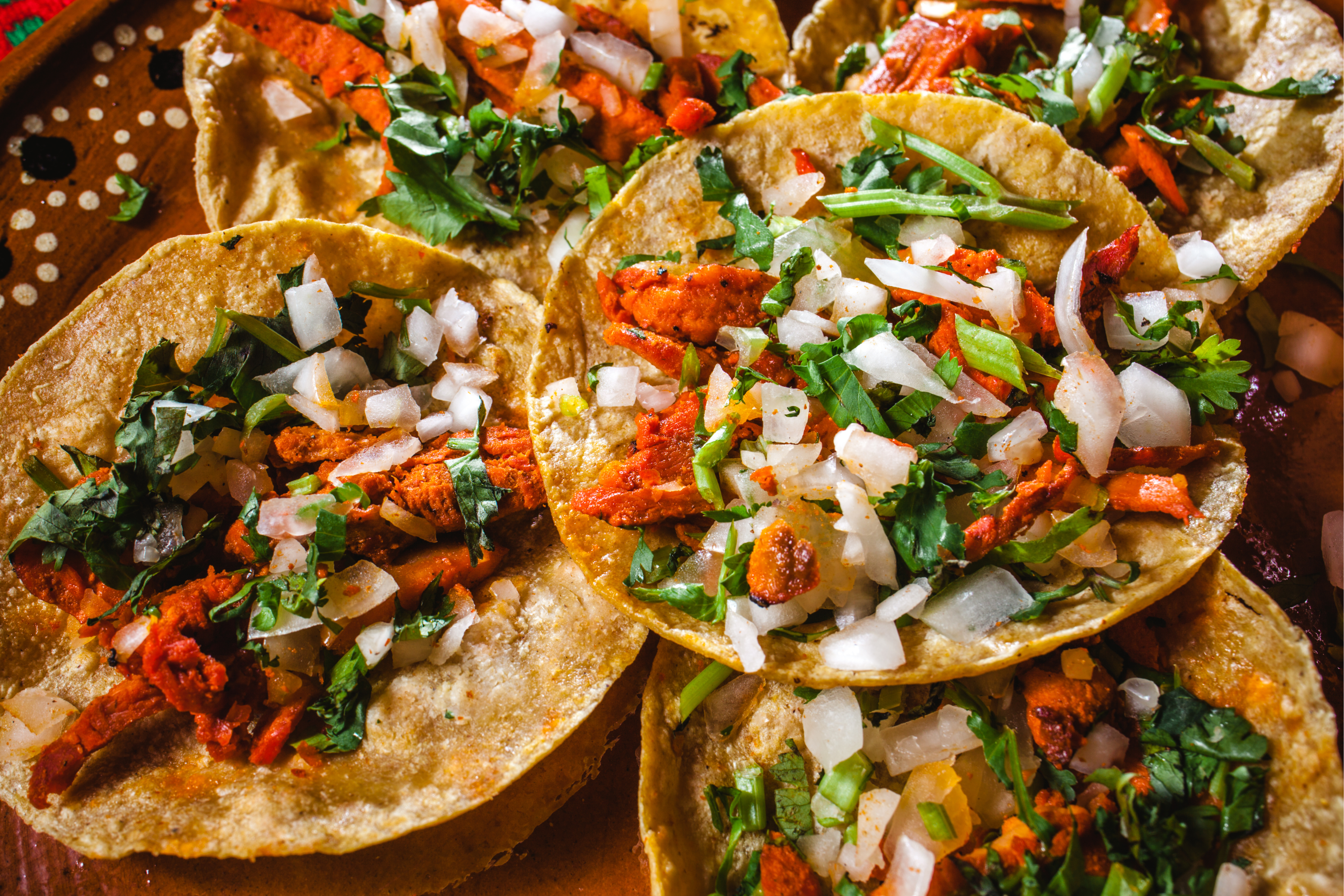 Today, Pujol is listed as the 13th best restaurant in the world (by the influential World’s 50 Best Restaurants list) - and Olvera has helped create an industry around food tourism. If you’re wealthy and food-obsessed, you might think nothing of flying into Mexico City for lunch at Pujol, or any of the city’s 15,000 restaurants.

According to the head chef of Máximo Bistrot, within 7 years his diners have gone from a couple of percent U.S. Americans and Europeans to nearly two thirds of all his guests.

Elsewhere, this might be seen as an astonishing rate of change. In Mexico City it might not raise many eyebrows, because everything’s already racing to meet the future.

Take the population. The city was founded in 1325 by the Mexica people (rulers of the Aztec Empire) and called Tenochtitlan. After 575 years of colonial oppression, destruction, revolution and regrowth, the city contained 500,000 inhabitants by the year 1900.

Today there are 9 million people in the capital - making it the most populous in North America - and 21 million in the urban area surrounding the city.

From a plane window, it’s a sea of buildings with no shore in sight - and it’s still spreading, with a population that’s currently quadrupling every three decades.

Faced with this kind of always-changing immensity, where do you even start?

Most new visitors orient themselves around the historic city centre, the Plaza de las Tres Culturas, or follow a route dictated by a particular interest (for example, if Mexican art’s your thing, a primary waypoint is Frida Kahlo’s La Casa Azul (The Blue House).

If it’s food your after, Mexico City offers two distinct choices: check out the best restaurants, or hit the streets. 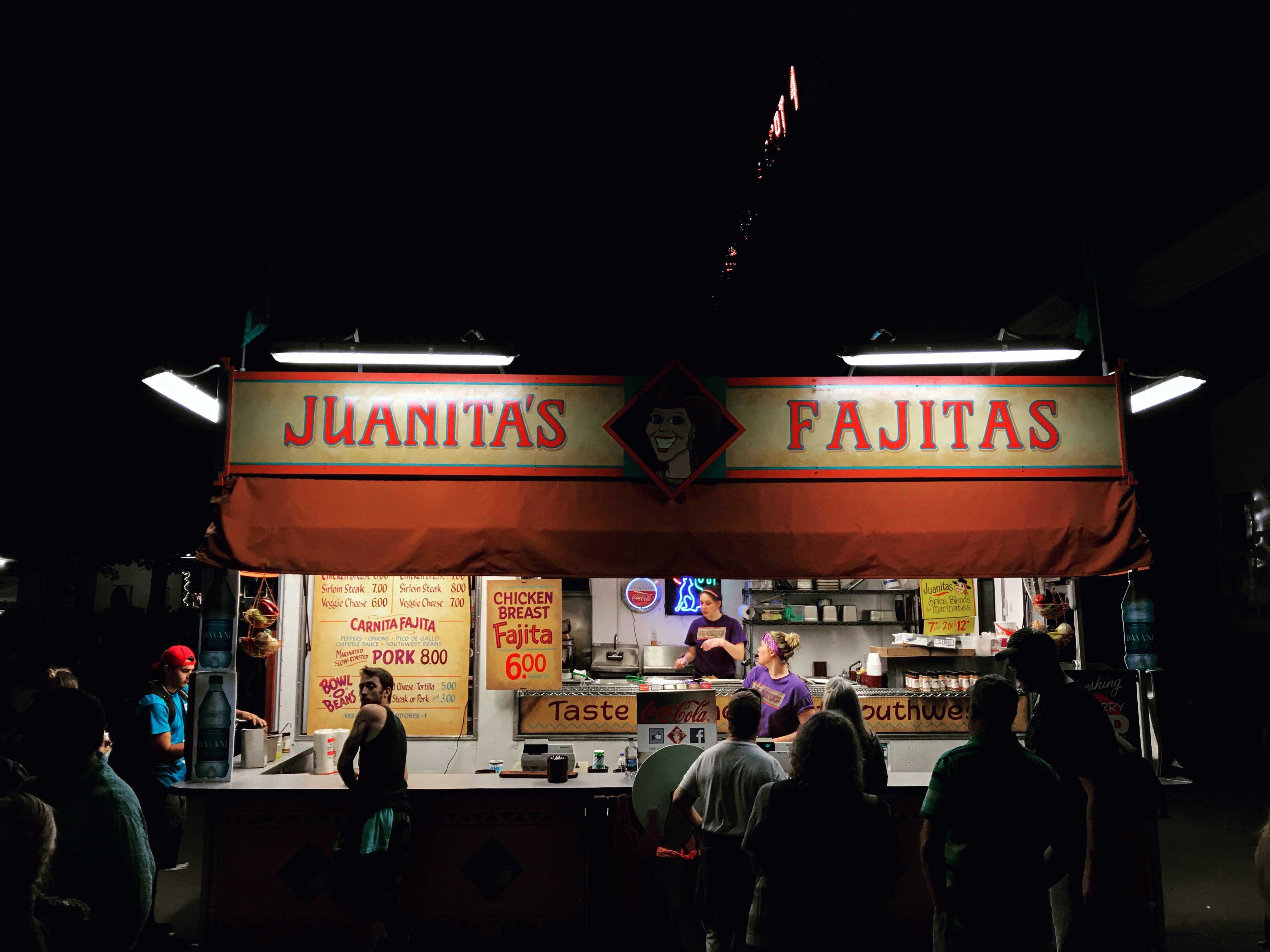 While Olvera is revitalizing the luxury dining scene, Mexico City’s street food has a buzz all of its own. According to word of mouth, at least three-quarters of the city’s residents eat street food once a week, from trucks, stalls, carts, the back of bicycles, and anywhere else an impromptu kitchen can be assembled.

The term “street food” has a problematic reputation in many parts of the world - but if you’re the right kind of cautious, it’s a source of some truly spectacular meals. As Canadian author and travel writer Jodi Ettenberg puts it in her guide to eating street food safely:

“As a strong proponent of eating the street, I wanted to put together a post about how I avoid getting sick from food as I travel. I realize people are worried about food poisoning, and the advice out there does seem to suggest restaurants are safer. I strongly disagree, with some caveats.

Once you know what to look for, pay attention to what locals eat and when, then you are on your way to successful, delicious meals that serve as experiences as well as dinner.”

So, there’s the high road (the glowingly-reviewed restaurants that you can plan a trip around) and the low road (the delightfully shambolic street food options that you only find by exploring and unlocking moments of happy serendipity). Most guidebooks would urge you to get a healthy mix of both.

But what does that actually mean, in terms of the food on offer?

For most locals, you could start the day with a mixture of fruit, pastries and Tortas de Chilaquiles (deep fried tortillas), perhaps using some of the blended and freshly squeezed juices on offer (it’s best to do this at a restaurant or established eatery - tap water is generally not safe to drink in the city, so you want to be sure the drink is made with the good stuff).

Or you could head for a guisado (meaty stew) or eggs, if you’re after something a little heavier. 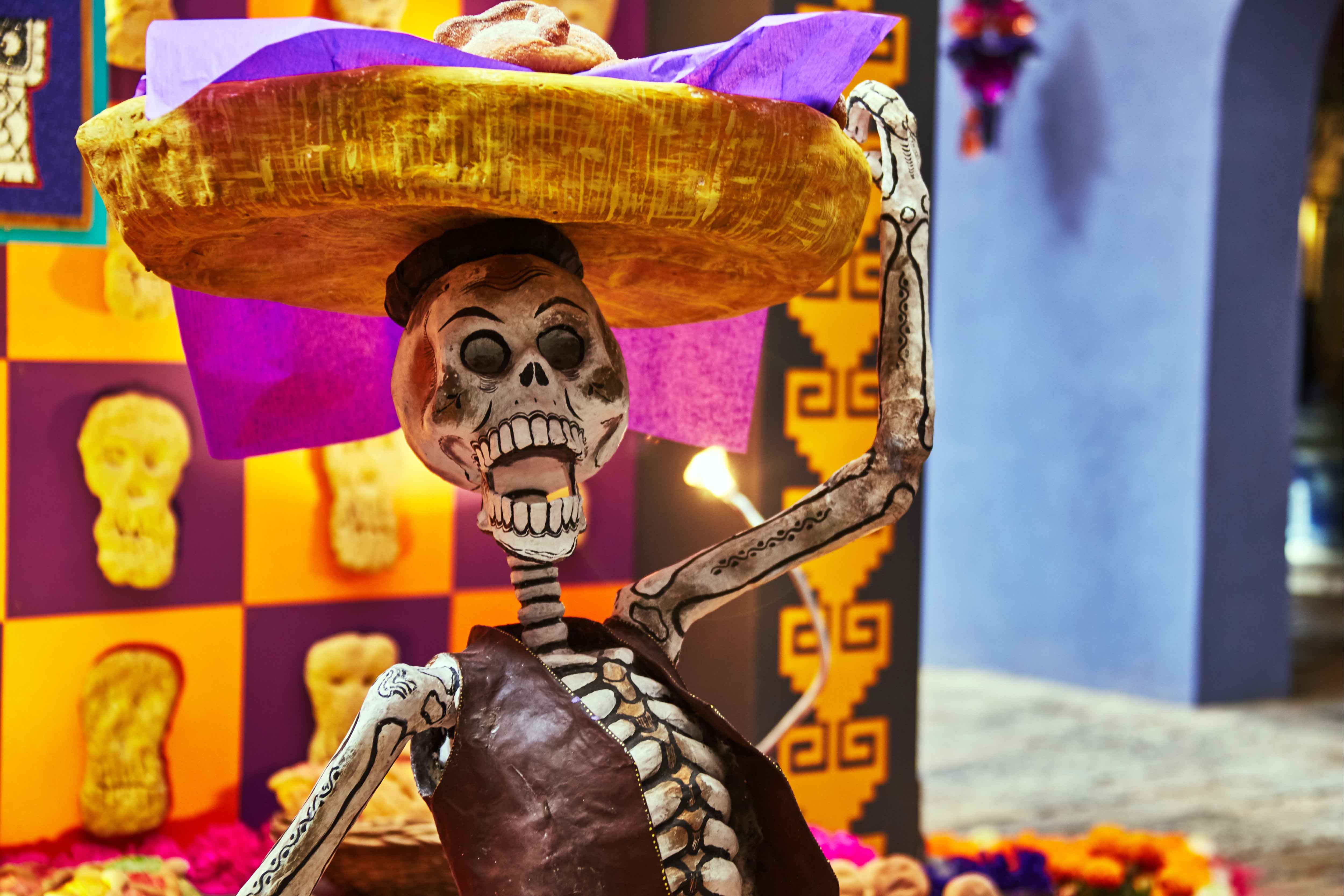 For when you need a little meat on your bones

For lunch and dinner, keep an eye out for tamales - a rich and filling corn mash & meat mixture that’s wrapped in a leaf or corn husk during cooking, usually served steaming hot. You’ll find a version of this dish in every country all the way down to Costa Rica. but Mexico City’s varieties have a fame all of their own.

Then there’s mole, the powerful, chocolatey, bittersweet sauce that’s become Mexico’s defining foodstuff. Enrique Olvera has a mole that’s been cooking for over 1,400 days, fueled by fresh ingredients and more than a little luck (just imagine if he burnt it at this stage). You should find other versions of mole madre wherever you go, usually offered as something to dip your food into.

Whatever you pick for your meal, be adventurous. There’s a whole city of exceptional food to choose from - and like the city itself, it might all look completely different, the next time you visit.

Coming in 2019...our Wheel & Anchor Weekends programs, 5-day curated programs to destinations like Mexico CIty! More announcements to come in our weekly newsletter...