Choose your own adventure in Lombardy!

In October 2019, Wheel & Anchor will offer a tour of Italy, from north to south. It will be a long yet leisurely journey through some of Italy’s most beautiful spots, from Lombardy up north down to Florence in central Italy, then off to Naples and the Amalfi Coast in the south.

You'll have the luxury of taking your time at every stop — over the course of 15 days and 15 nights, you will not only get to visit the must-sees of Italy, but you will also be able to meander down less-travelled streets, sip espresso or limoncello in a quaint cafe, or bask in the bright Tuscany sun.

The Italy: North to South experience begins in Lombardy. To help you plan ahead, here’s a checklist of adventures you may choose from at every stop in Lombardy. 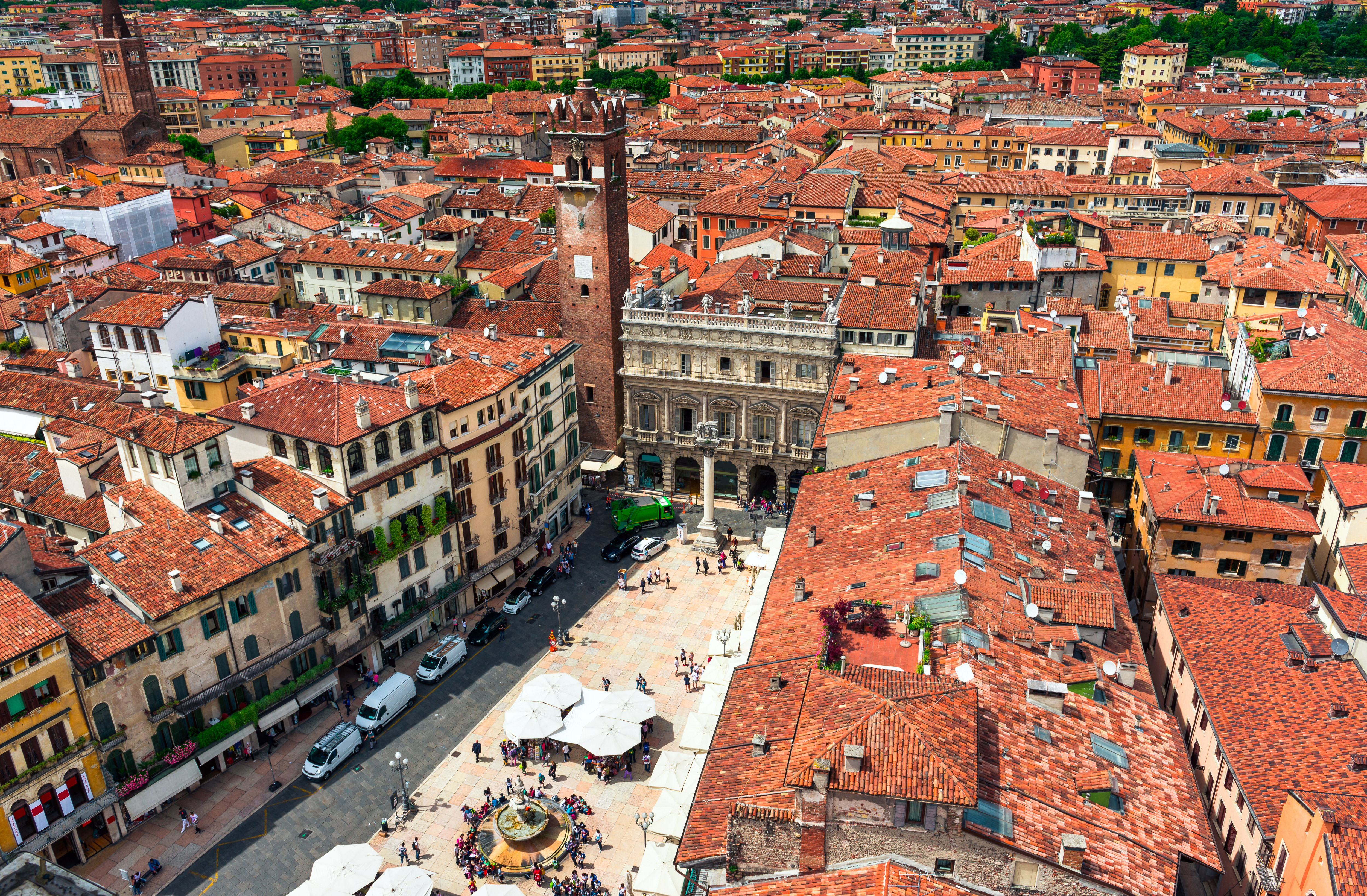 One of the most important cities of Italy, Verona is strategically located at the intersection of two major roads. Its rich history and numerous ancient buildings attract many tourists every year. While in Verona, you can:

⬜ Behold the Arena di Verona. You need not go to Rome to visit the Colosseum; Verona has its own. It is a triumph of Roman engineering, with many of its original seating and exterior arches intact.

⬜ Explore its ancient castles. The Castelvecchio, on the banks of the River Adige, has a museum that contains artefacts and significant displays of the castle’s history; meanwhile, the Castelvecchio Bridge provides fantastic views of the river. Another castle, Castel San Pietro, sits on a hill on the eastern bank of the Adige. Though it is now closed to the public, you can walk around the grounds and admire its amazing architecture.

⬜ Wander around the piazzas. At the heart of Verona is the diamond-shaped Piazza Delle Erbe, one of the busiest squares in all of Italy. Surrounded by historical buildings, charming cafes, and elegant restaurants, the square boasts of several fountains and marble statues that accentuate its architectural beauty. You can also visit Piazza Bra, the largest square in Verona and home to the colossal Arena di Verona. Or wander around the fascinating Piazza dei Signori, where different structures from different time periods stand beside each other in a pleasant contrast.

⬜ Admire its churches. One of the oldest religious buildings in the city, the grand Verona Cathedral offers stunning architecture inside and out, with dozens of decorations, fantastic artworks, and dazzling stained glass windows. Compared to the Cathedral, the Basilica of San Zeno Maggiore is slightly smaller, with a simpler facade. But its interiors are opulent, with peach and grey tiles, marble columns, and a decorative ceiling. It’s also known as the venue for the fictional marriage of Shakespeare’s Romeo and Juliet. 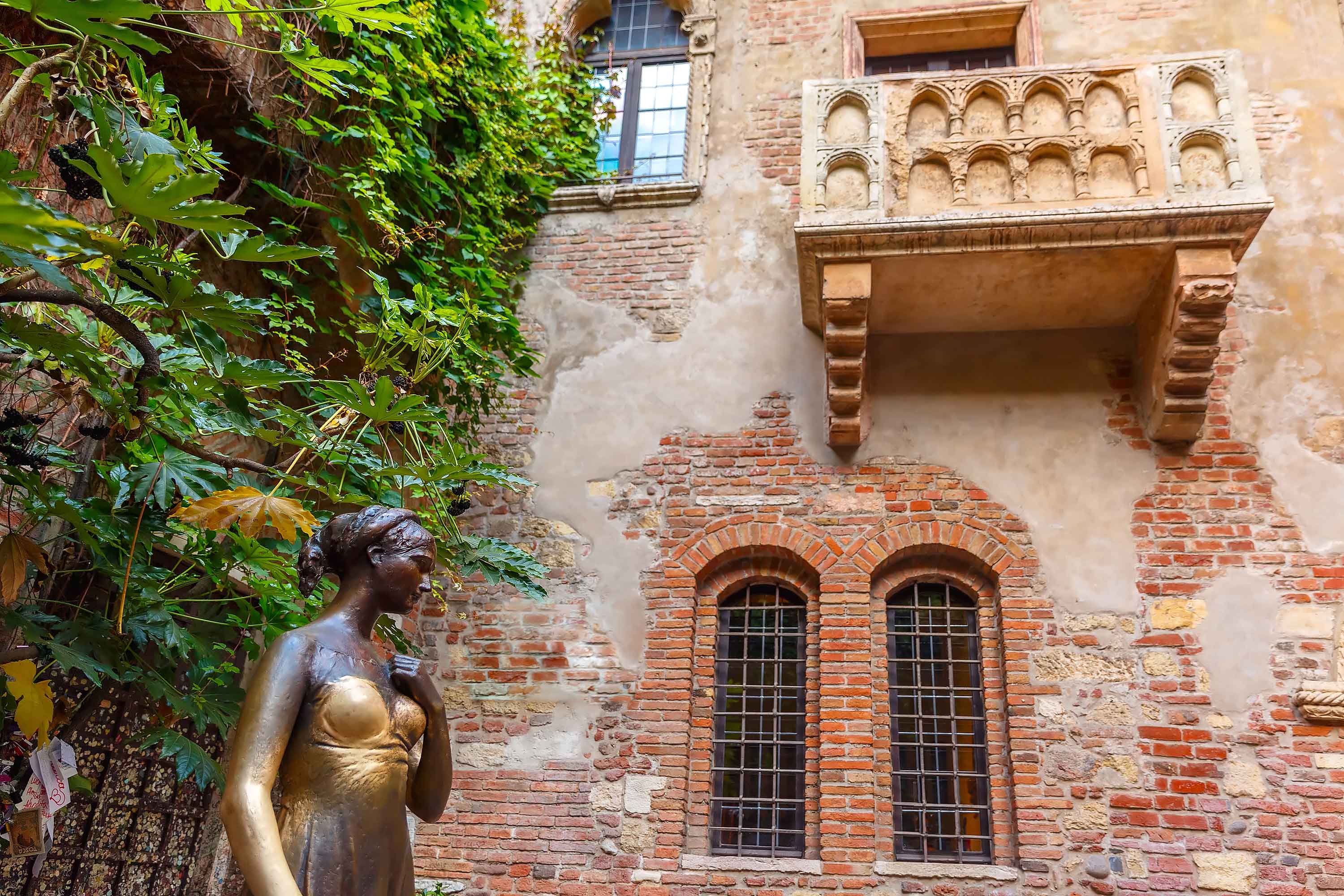 The famous balcony of the Casa di Giulietta in Verona

⬜ Behold the Bard’s balcony. Speaking of Shakespeare’s Romeo and Juliet, one of its most iconic scenes is when Romeo climbs up to the balcony to meet with Juliet. This fabled balcony is supposedly the one at Casa di Giulietta, a house where you can find displays about Shakespeare’s play.

Lake Garda’s favourable climate, beautiful scenery, and numerous attractions make it one of Italy’s most popular vacation spots. Whilst not as famous as Lake Como, the mighty Lake Garda remains the most impressive. While there, you can:

⬜ Ride the cable car. From Malcesine on the northeastern shore of the lake, the cable car brings you up to Monte Baldo in just a few minutes, giving you an amazing 360-degree view of the lake from 1,800 metres above sea level.

⬜ Jump aboard a ferry. Enjoy the lakeside view as the ferry crosses from one bank to another. Choose the kind of watercraft you want, from the swift hydrofoils and catamarans to the more leisurely pleasure boats.

⬜ Shop at a local market. They sell the freshest local produce of meats, cheeses, fruits and vegetables, and of course, the freshest catch of the day. 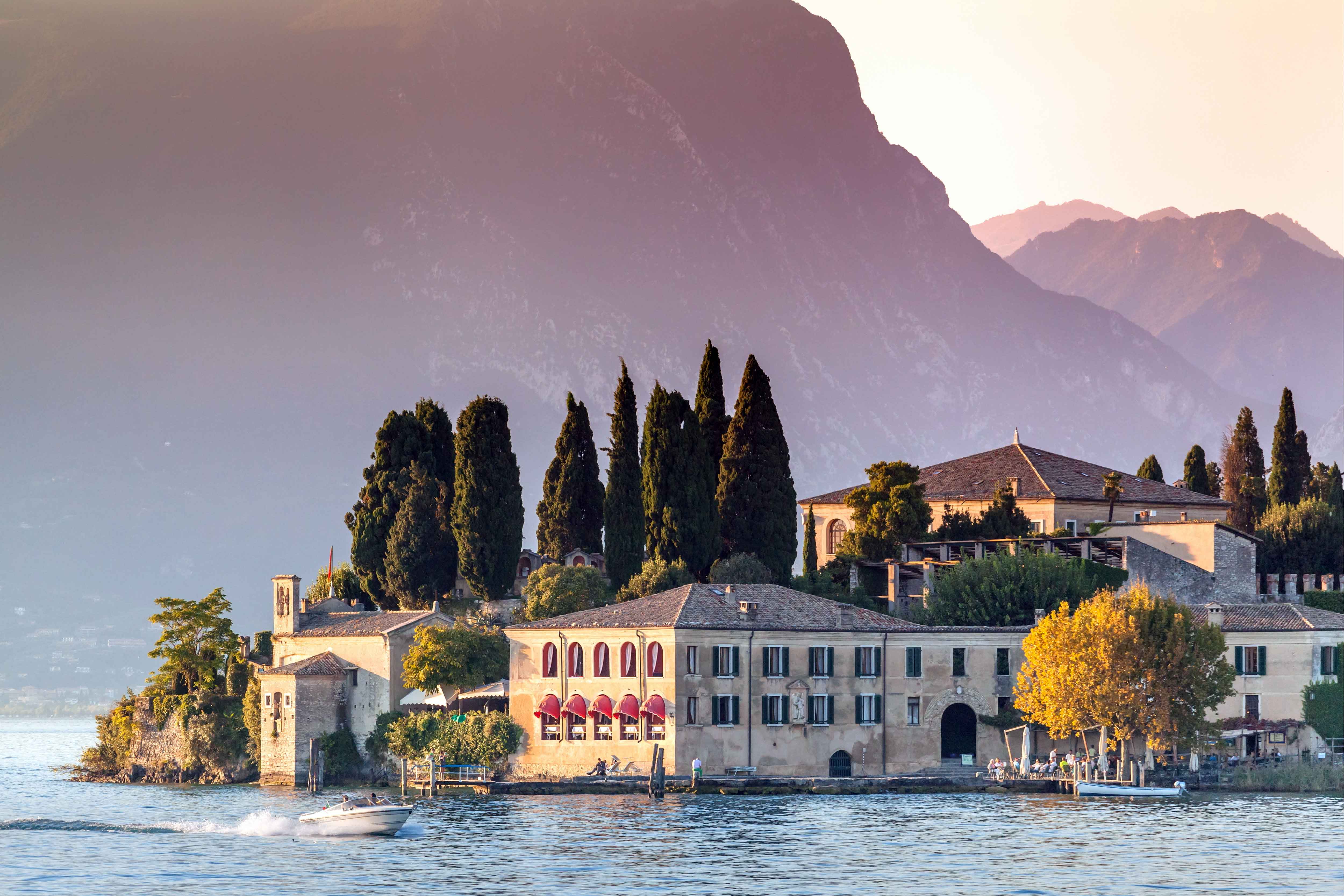 A villa along the shores of Lake Garda

⬜ Visit a private island. From the lakeside town of Salò, take a boat to Isola Del Garda, an island owned by the Contessa Cavazza. You’ll be guided around her stunning Venetian villa and impressive gardens. Be sure to book ahead for English-speaking guides.

Mantua is located a little off-the-beaten track, so not too many visitors crowd its elegant and quiet streets. Surrounded by artificial lakes on three sides, this sleeping beauty of a city is so uniquely enchanting, it was declared a UNESCO World Heritage Site in 2007. While in Mantua, you can:

⬜ Go palace-hopping. The Palazzo Ducale was home to the Gonzaga family who ruled Mantua until 1707. This massive palace is more of a town within a city, a collection of buildings with around 500 rooms. Or visit the smaller but equally impressive Palazzo Te, commissioned by Federico II Gonzaga and created by the great Renaissance architect Giulio Romano; it contains some of the most spectacular frescoes, especially in the Cupid and Psyche room.

⬜ Visit the churches. The Basilica di Sant'Andrea houses the most famous religious relic in Mantua: the earth from the foot of the Cross, soaked with Christ’s blood. Meanwhile, the Rotonda di San Lorenzo is the oldest church in the city, built in the late 11th century and patterned after the Church of the Holy Sepulchre in Jerusalem.

⬜ Eat, drink, and be merry. Mantua is famous for its cuisine. Sample some of the local delicacies, such as the risotto alla pilota with pork sausages, all-fresh bigoli pasta with egg, a rich stracotto d'asino stew, and tortelli di zucca alla Mantovana or ravioli pasta with pumpkin, Mantua's iconic produce. 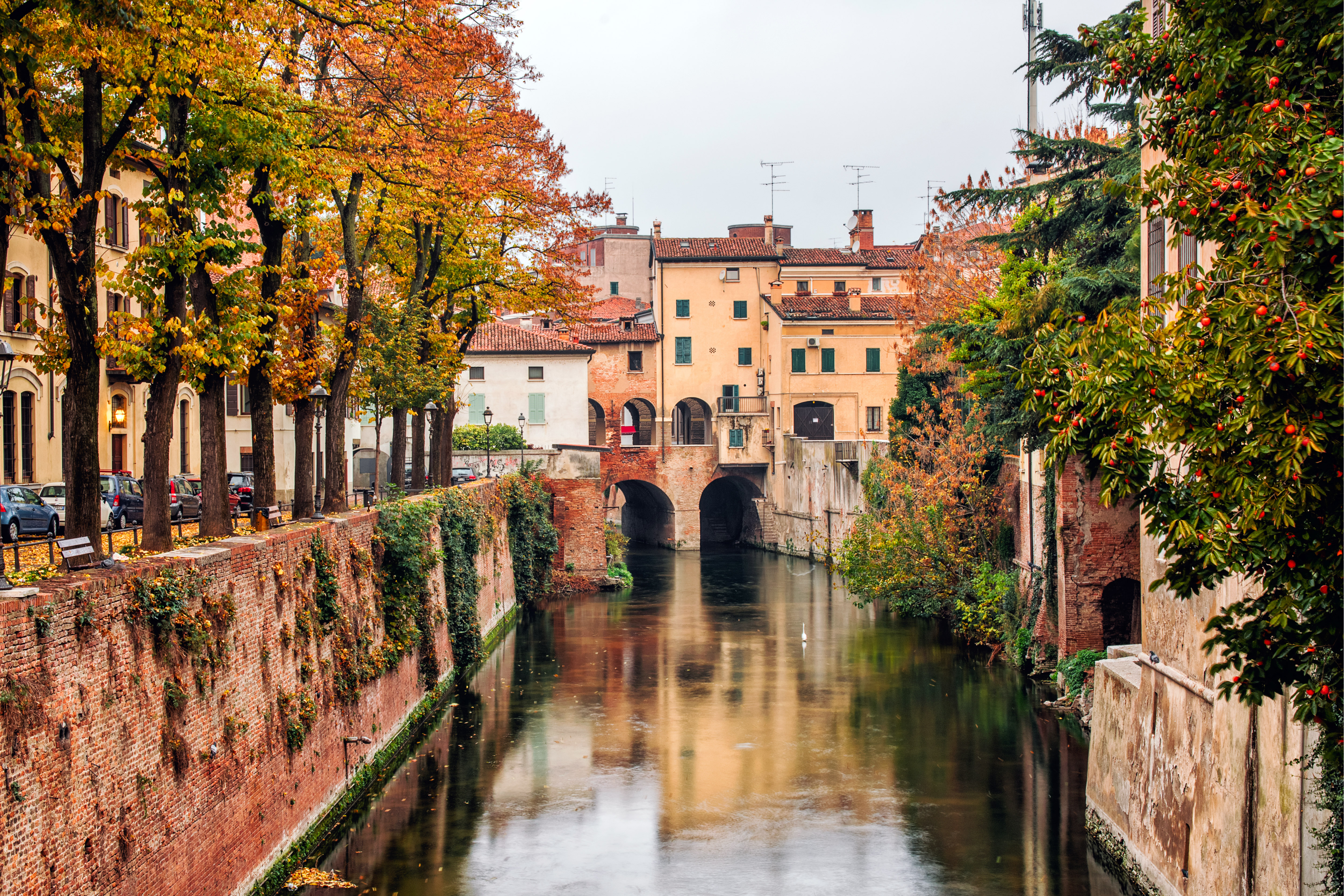 An Autumn atmosphere on the river Rio, Mantua, Italy

⬜ Catch a performance. The Teatro Bibiena officially opened in December 1769. A few weeks later, 13-year-old Wolfgang Amadeus Mozart played a concert here with tremendous success. With a seating capacity of 363, the small theater now also doubles as a museum.

Lombardy is the just the northern leg of the Wheel & Anchor Italian adventure. And if you become a member of Wheel & Anchor, you also get to choose your own adventures in Japan, Egypt, Greenland and Iceland, India, Israel and Egypt, and many more. Explore, discover, and feel alive with like-minded travellers. Join our growing community today.