A Polite Visitor’s Guide To Bowing In Japan

In July of this year, the Japanese national football team were on the verge of victory in their knockout round of the FIFA World Cup. They were 2-0 up against Belgium, and 52 minutes were on the clock. Belgium’s defeat was virtually in the bag.

In World Cup history, there are very, very few teams who make a two-goal comeback from so late in a knockout game (the last time was in 1970).

Unfortunately for Japan, one of those teams turned out to be Belgium. Two goals in five minutes levelled the scores - and then a cheeky sliding goal in the last few seconds, nudging the ball past the Japanese goalkeeper, sent Belgium into the quarter-finals - and kicked Japan out the tournament. 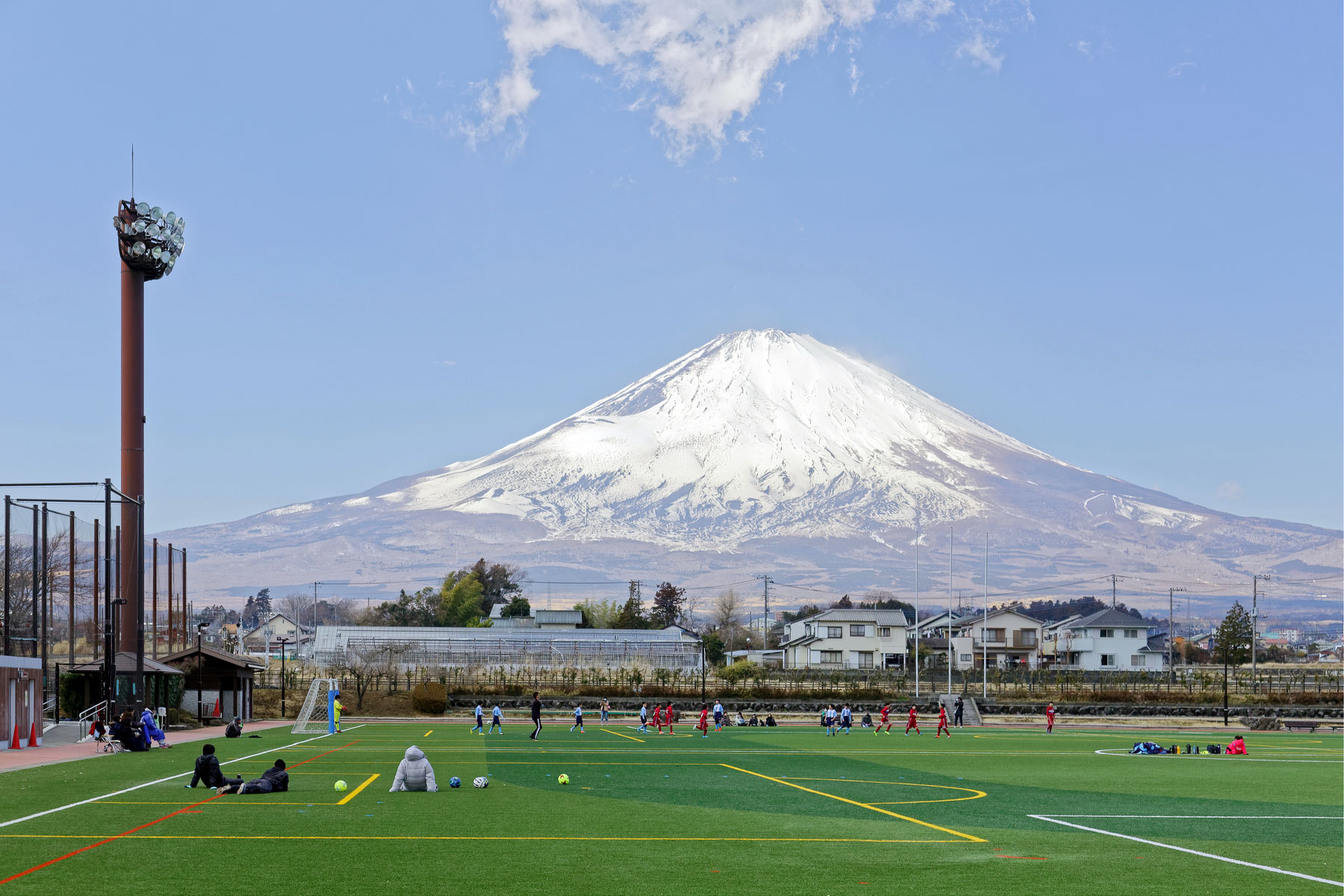 You know what the aftermath of a major footballing disappointment looks like.

One side overcome with joy, hugging, leaping onto shoulders, somersaults and flag-waving - while at the other end of the pitch, the losers trudge out, sunk into the depths of despair as they pack up their stuff and leave as quickly as possible, while outside the stadium, heartbroken fans roam around town, looking for an opportunity to vent their frustration.

Not so with Japan. Not only did the fans stay behind to help clean up the stadium (a Russian stadium, mind, not a Japanese one), but the losing team took a moment to line up on the side of the pitch where there fans were, face them, applaud them - and bow.

The tradition of bowing is so stereo-typically associated with Japan that it’s almost a shock to realize it still exists. It’s as if everyone in France really does wear a striped top, or Englishmen actually don’t venture outside without a bowler hat.

Outside of Japan, it’s a sign of how special, how polite, and above all how different the Japanese are.

Inside of Japan - well, it’s just what you do, because why wouldn’t you?

If you’re taking a trip to Japan in 2023, you need to learn how to bow, and there are two ways to go about it. You can awkwardly fumble your way through it by trying to copy what everyone else is doing - and your status as a visiting gai-jin or gaikokujin (“outside person”) will give you a lot of leeway for messing up.

The other way is to master the basics and confidently put them into practice - you’ll still stick out like a sore thumb, but your respectful diligence will be appreciated. 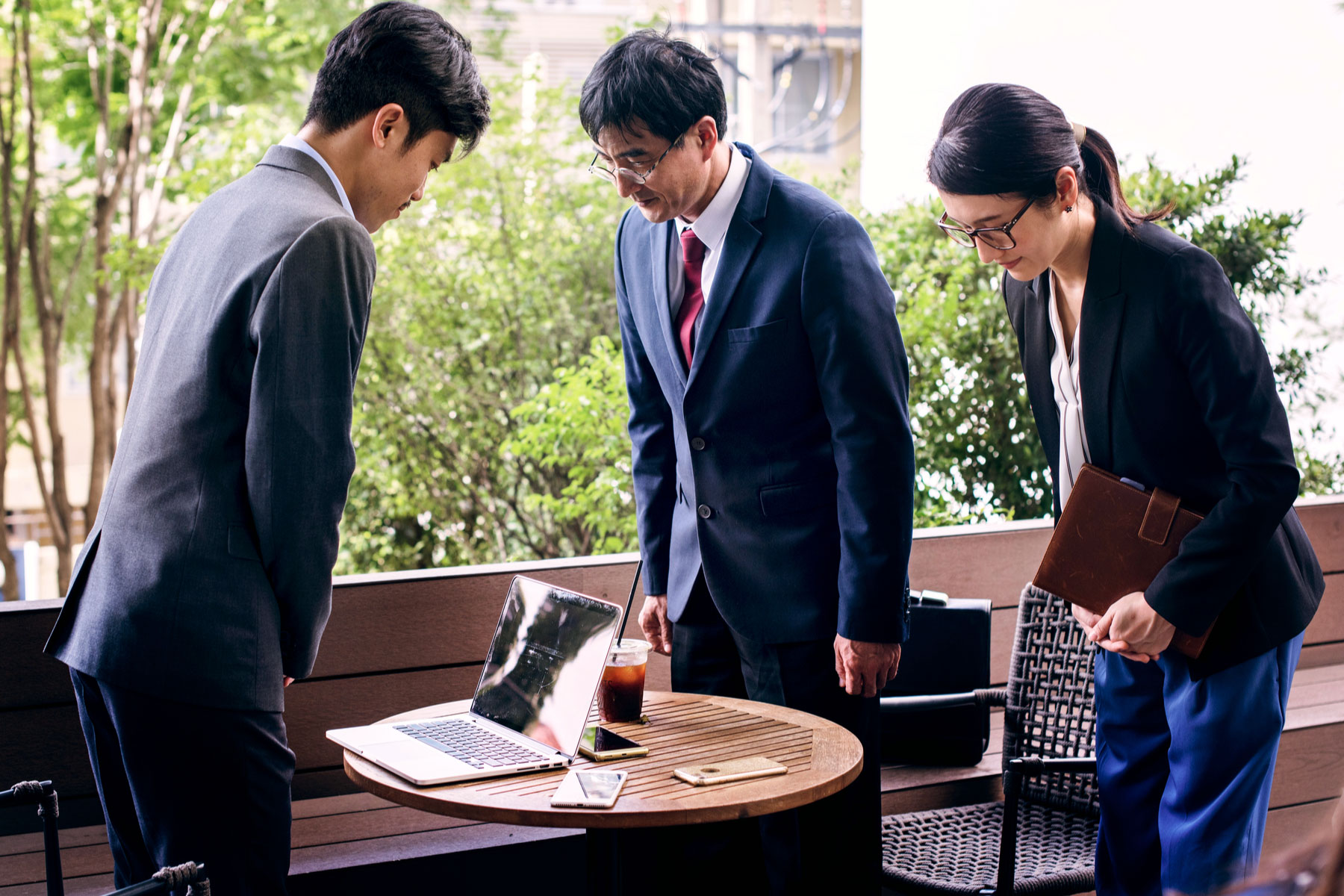 Businesspeople in Japan bowing before a meeting

The basic Japanese bow takes place at the waist, with a straight back and neck. If you’re a man, you usually keep your hands at your side - if a woman, you can clasp them on your lap.

If you have perfect form, your gaze will move down to the ground, your hips and legs will stay in exactly the same position, and you’ll inhale while bowing, and exhale when you straighten up.

Things start getting rather more complicated when it comes to angles. A basic greeting won’t require much more than 15-20 degrees of incline (never a simply bob of the head, though - a bow is always a measured, steady motion).

A more formal bow, the kind you’d give to your boss or father-in-law, goes down to somewhere around the 45-degree mark.

If it’s an apology, it should test your sinews to the limit. An apologetic bow goes down to 70 degrees from the vertical. There’s an extreme version of an apology, the dogeza, which hopefully you’ll never see in action, because it’s a sign something truly terrible has happened.

It takes place on hands and knees, face pressed to the ground. (In historic Japan, this is a sign someone is showing public contempt for their behavior and is begging for their life.)

These are the basics. The basics of the basics. There are countless variations, different angles and postures and duration appropriate to specific situations that can only be learnt by being in Japan for a decade or so.

It’s a language of motion with a rich vocabulary, and it’s the work of a lifetime to become fluent- so put expertise out your mind. Just the act of trying will show great respect to your hosts.

And really, you can’t give enough respect when you’re in Japan. Like other languages, Japanese has pronouns and verbs that depend on the relationship between the speaker and his/her audience - and bows are used as an unspoken part of this communication. 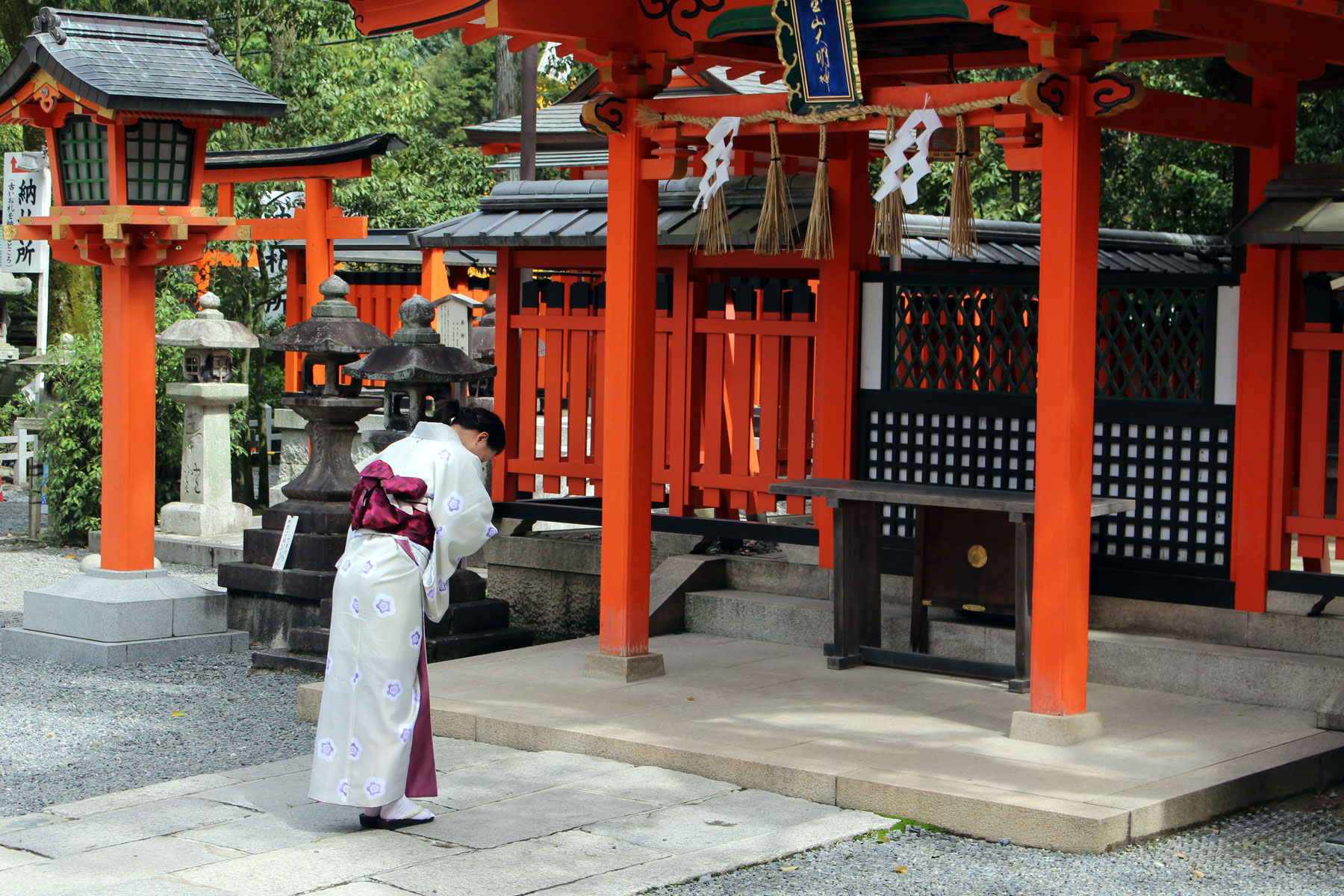 Woman in a kimono bowing in prayer at Fushimi Inari Shrine in Kyoto, Japan

In essence: if in doubt, bow.

However, you may not get the chance. Globalized Western business practices have brought the handshake to Japan, and to the disapproval of some generations, it’s quickly catching on. It’s also used as an extra form of offered respect - a Japanese person offering to adopt your customs, to make you feel at home (and maybe as an attempt to save your face, with the assumption that you don’t know how to bow).

If you get the chance to bow, great job. If you’re offered a handshake, take it. Do one or the other, or perhaps one then the other.

But whatever you do, don’t do both at the same time, as US President Obama did with the Emperor of Japan in 2009 - and as the photo shows, he’s also doing so with a bow so deep it verges on an apology, which became a point of controversy, back in the United States. (And if you’re wondering, President Trump went with a handshake and a nod, but no bow.)

If you’re always ready with a friendly bow, you’ll always be very welcome in Japan.

And if you get confused and find yourself bowing at the wildlife as well, that’s okay - some of it will bow back!

Join your fellow members on our exclusive Wheel & Anchor charter aboard a replica colonial riverboat ...

Join Wheel & Anchor for an exploration of the great cities of Casablanca, Marrakech and Fes before heading ...