Israel’s fascinating history and diverse culture make it an excellent tourist destination. It’s also filled with breathtaking landscapes that take you back to the time of Moses. There are plenty of sights and sounds to immerse yourself in, and a mere pit-stop won’t suffice.

To truly appreciate the country’s astonishing scenery, rich history, and distinctive character, you need to spend more than just a couple of days in Israel. These regions are a good place to start.

Tel Aviv has plenty to offer intrepid travelers looking to discover its important past and see how it has evolved into one of the most vibrant cities in the Mediterranean region. 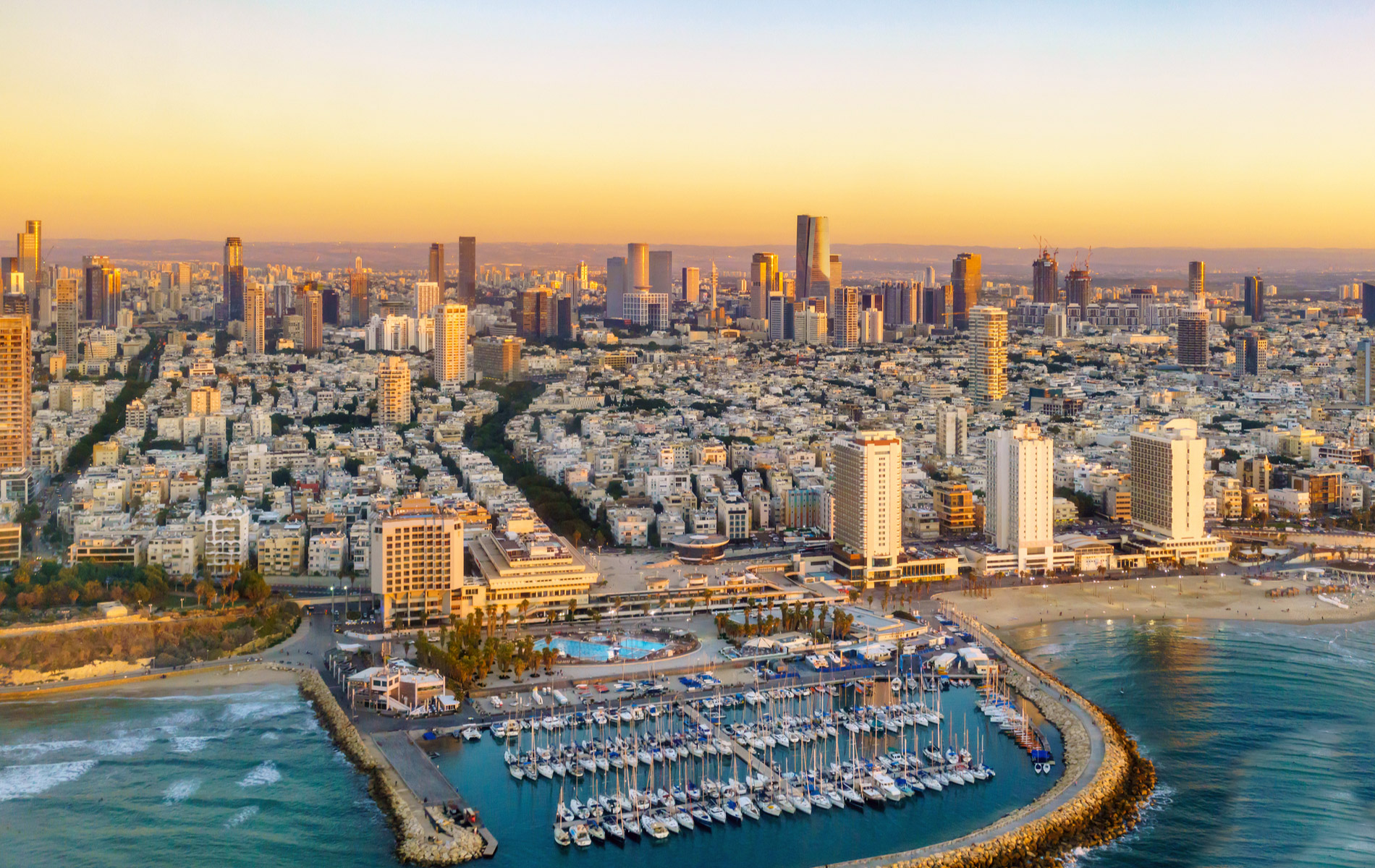 The White City's more than 1,000 (originally, 4,000) buildings built in the Bauhaus architectural style — which has influenced modern art, architecture, and design — are emblematic of a turbulent time in Tel Aviv. Different shades of whites and grays line the streets, and when viewed collectively are a sight to behold.

Jaffa is one of the world’s oldest ports. Exactly how old? Well, it dates back to the time of the prophet Jonah (depicted in the Old Testament as being swallowed by a giant fish) who was commanded by God to go to Nineveh but fled to Jaffa instead.

Needless to say, Jaffa holds great significance to Jewish and Arab residents who entered Israel through the port in the late 19th century. This ancient port has undergone various states of decay, preservation, and development.

Tourists flock to the Jaffa Port Flea Market to browse crafts handmade by locals or dine at local cafes and restaurants. One could also head toward the vibrant neighborhood of Neve Tzedek, one of Tel Aviv’s oldest districts (even older than Tel Aviv itself!), which also went through a period of decay and restoration.

In Tel Aviv, as you will soon discover, there’s never a shortage of things that will keep you entertained. Head on over to the Tel Baruch beach for a leisurely stroll or visit the Eretz Israel Museum to peek into Israel’s folklore, popular art, archaeology, and history. 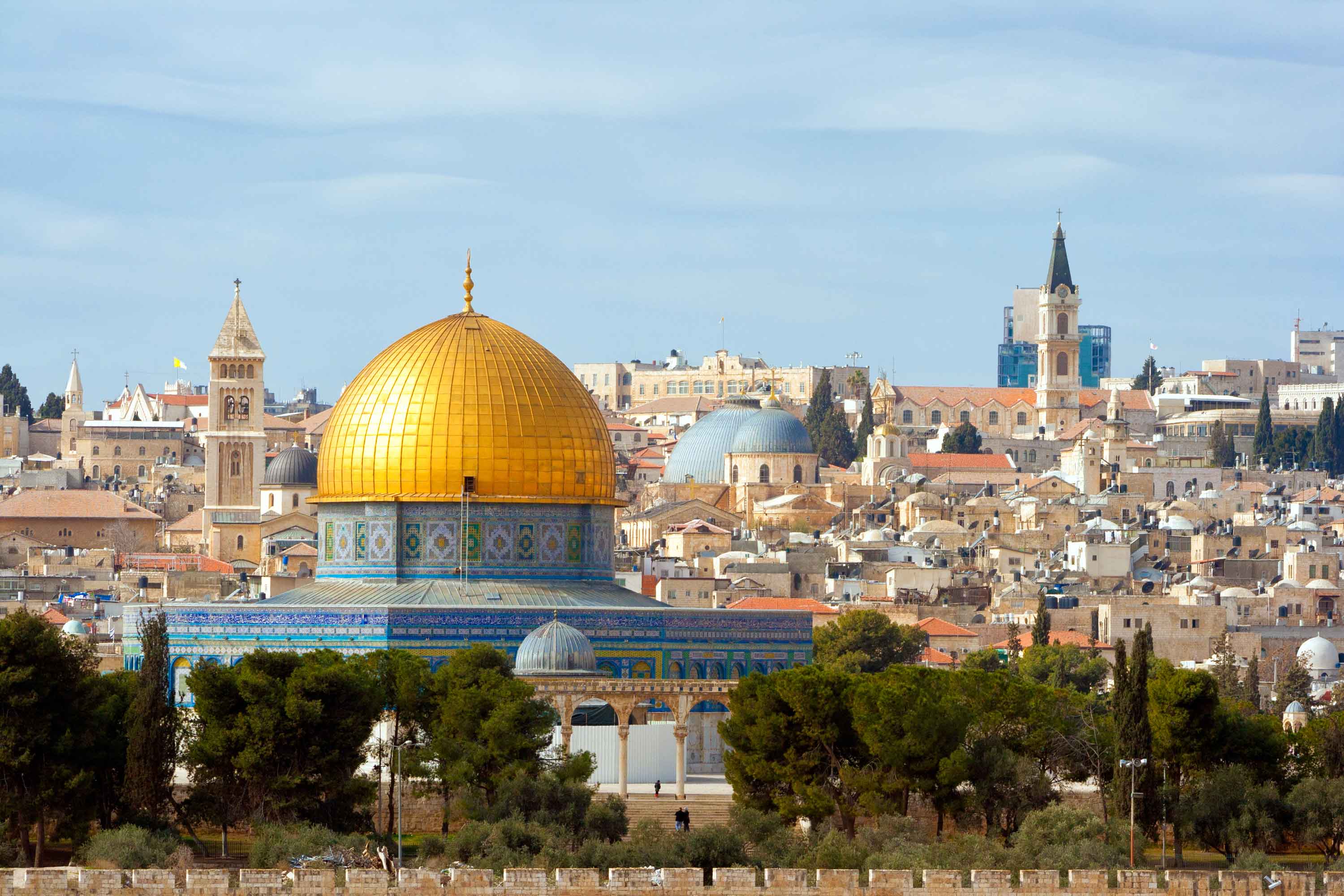 The Dome of the Rock on the temple mount in Jerusalem

Those who are looking to go beyond experiencing the modern city of Tel Aviv will be delighted to know that Jerusalem is barely an hour away from it. There are plenty of treasures to discover in Jerusalem, which offers a rhythm entirely different from that of the bustling metropolis of Tel Aviv and any other place in the world.

The Old City is home to some of Jerusalem’s iconic landmarks. You could spend one to two weeks exploring it and still feel like you haven’t seen enough. Christians, Jews, and Muslims populated this area for centuries despite — or perhaps due to — clashing beliefs and differing cultures, making Jerusalem one of the world’s most intriguing, complex destinations.

Harmony is a precious commodity in this city and in some ways, Jerusalemites have achieved that. However, the marks of centuries-old destruction and subsequent reconstruction efforts are evident in the area’s worn-out but still fascinating facades.

Wander around the Western Wall

Believers and skeptics alike will find much to revere in one of the Old City’s most religious and awe-inspiring sites. Throughout history, the Western Wall was destroyed several times and rebuilt just as many times, and for some, there is an unshakeable sense of fascination witnessing it stand tall despite its turbulent past. The wall even compels some visitors to utter a prayer or write a prayer note, which they can insert in between its cracks.

The Western Wall or Wailing Wall in Jerusalem, Israel

Still in the Old City, the Church of the Holy Sepulchre is one of the most sacred places in the Christian quarter of Jerusalem. After all, it is where Jesus of Nazareth was crucified and where his tomb — where he was laid to rest and subsequently risen from — are located.

Mount Zion and the Mount of Olives

For Christian pilgrims, trekking the path of Christ’s crucifixion is a highlight and it is an exhilarating one. But walking along the path of the stations of the cross is an experience for everyone.

From here, walk toward Mount Zion, where Jesus and his disciples held the Last Supper, then proceed to the Mount of Olives. Here, savor the scenery where Jesus and his followers spent the night before the crucifixion. Meanwhile, the Dome of the Rock also mesmerizes, but especially people of Islamic faith. This sacred shrine is thought to have been the spot where Muhammad (the founder of Islam) ascended to heaven.

The Valley of Elah

The Valley of Elah is known as the place where a town boy was compelled to topple a formidable foe, a responsibility no one dared to take, some 3,000 years ago. Seeing David and Goliath’s battlefield is enough of a good reason to visit the valley, around 19 kilometres (12 miles) away from Bethlehem, Jesus’s birthplace and another Christian pilgrimage destination.

The Dead Sea: The lowest place on Earth can heighten your trip

There are many reasons why people flock to the Dead Sea — to see the caves where the Dead Sea Scrolls were discovered, to get a sense of what it’s like being in the lowest place on Earth (around 423 meters below sea level), or simply to see this bizarre seascape with salty blue waters that’s so heavy with minerals, it’s impossible to sink in it. 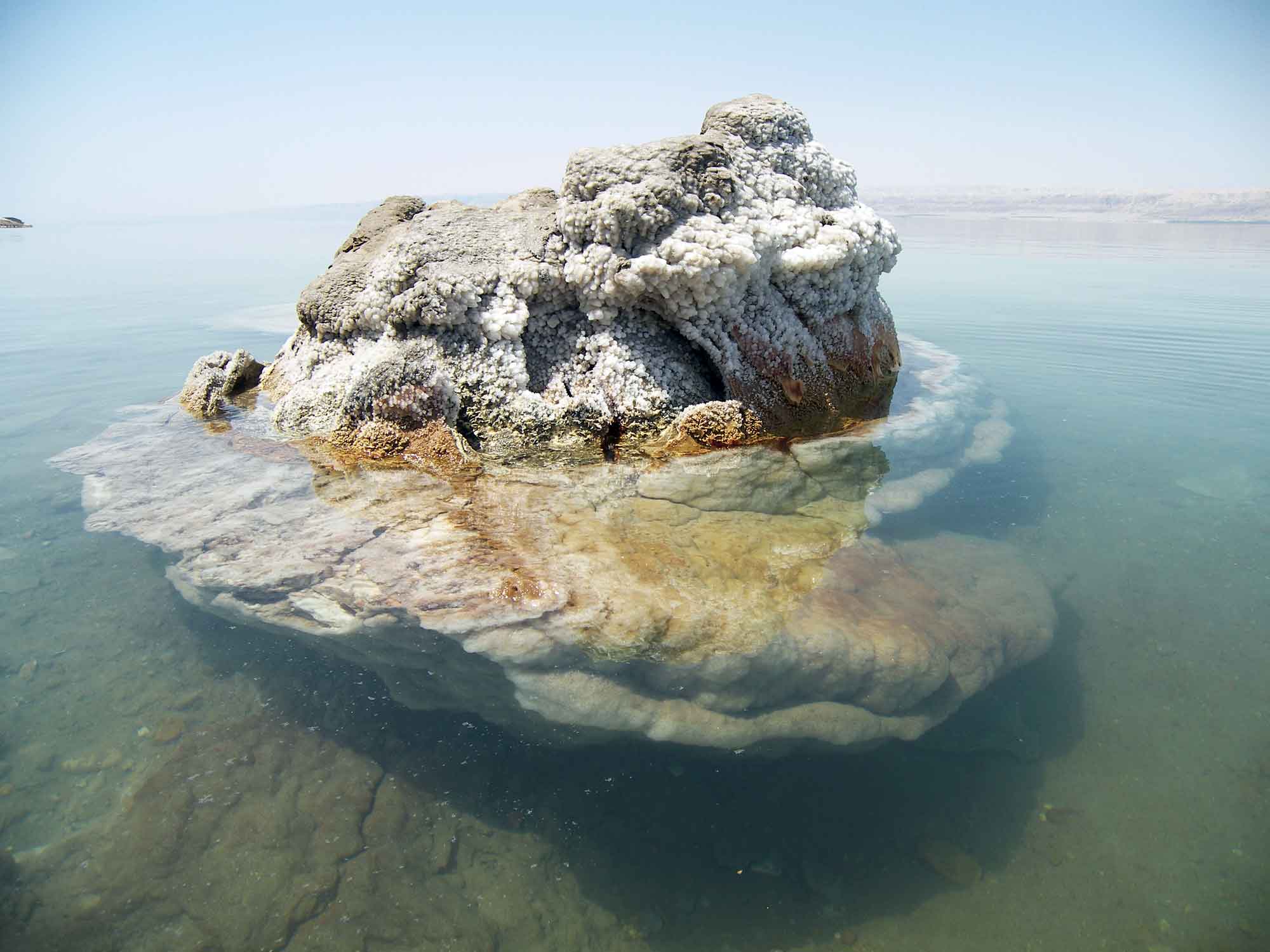 Close by is the Masada plateau, an astonishing landscape where you can find centuries-old fortresses and palaces, and some riveting stories about the Jewish and Roman war.

Religious devotion brings devout Christians, Jews, and Muslims to Israel. But natural curiosity, an appetite for spectacular landscapes, and some of the most engrossing tales from biblical times are also good reasons to visit.

Wheel & Anchor’s The Suez and the Nile: Israel & Egypt tour will take you to some of these places and more. Ask our travel experts for more info.