If you’re unfamiliar with Europe and you’re challenged to point to the Baltic States - well, it’s ok to flounder a little.

Maybe you’d try somewhere near Yugoslavia. Nope, that’s the Balkans, a common mistake. Maybe you spot the word “Baltic” and make a stab at Scandinavian - a valiant effort, but still a bit wide of the mark.

It’s easy. Here. Trace a finger up Sweden, round and back down the spine of Finland, crossing the Gulf of Finland and over to the European mainland. No, this bulge of land isn’t Poland, and it certainly isn’t Russia (more on the importance of that shortly). First it’s Estonia, and as you move further south it’s Latvia, and finally Lithuania. 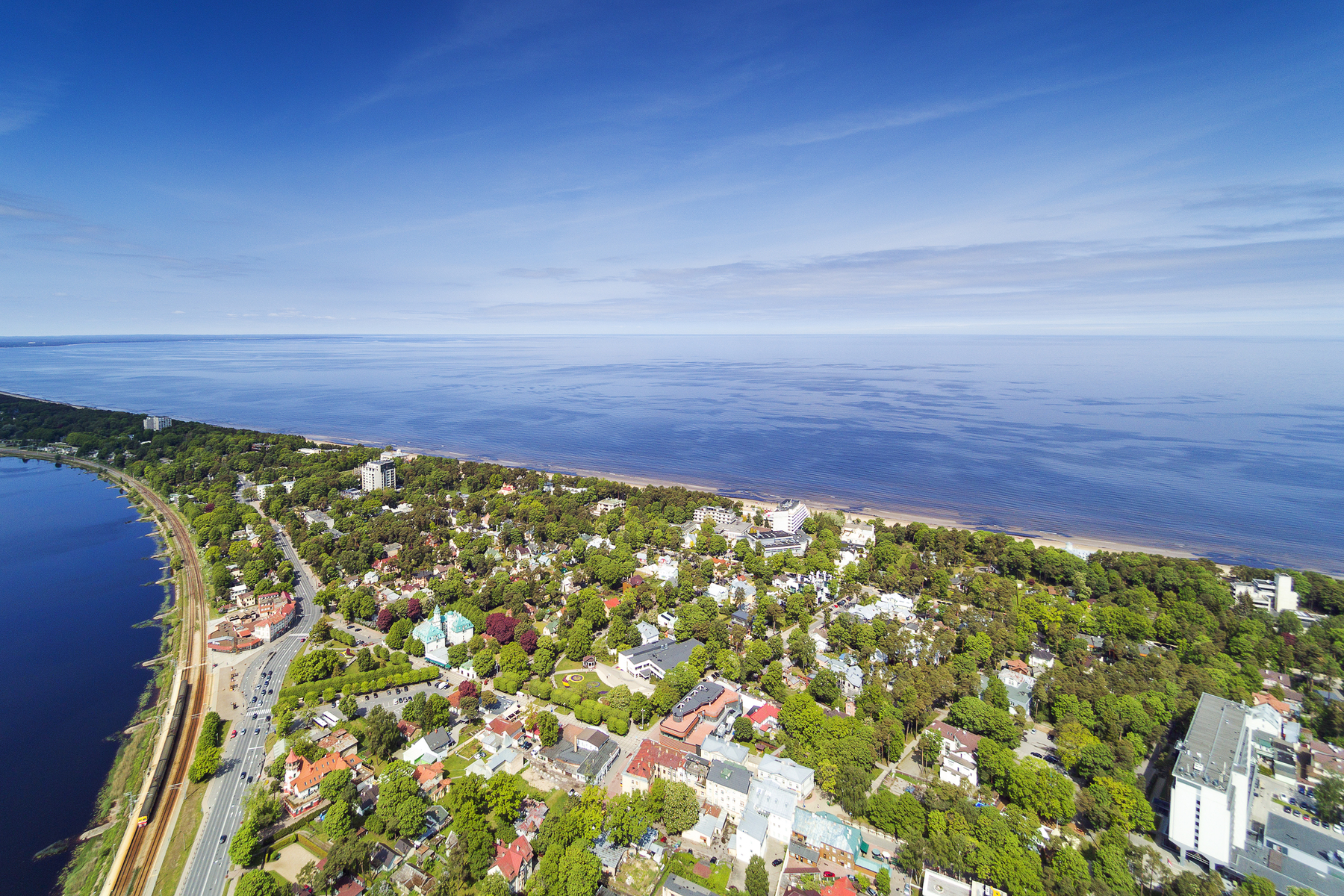 Jurmala city and surroundings in Latvia

You’re forgiven for getting it wrong, because the term “Baltic States” is new. Really new.

Lithuania gained its independence from the fragmenting USSR in 1990, closely followed by Latvia a few months later, and Estonia the following year. In many ways, their history is a shared one - although most proud Estonians, Latvians and Lithuanians will take great pains to point out the differences between their countries, with considerable truth behind them.

But first, let’s look at what unites them.

The most obvious place to start for any traveler is what they look like - because this is, by far, one of the loveliest corners of Europe. It’s a place of deep forests, ruined (or increasingly restored) castles, utterly silent lakeside and bustling, astonishingly well-preserved medieval cities that still show the fingerprints of the Hanseatic League.

This is fairy-tale terrain - without succumbing to the overly touristy trappings of that term that you’ll find elsewhere.

Tourism in the Baltics hasn’t had long to get going - and much of the 1990s in each country were spent rebuilding, restoring, and embracing the opportunities that independence brought. But it wasn’t all good - as it included recovery from a shared national trauma that was half a century in the making. 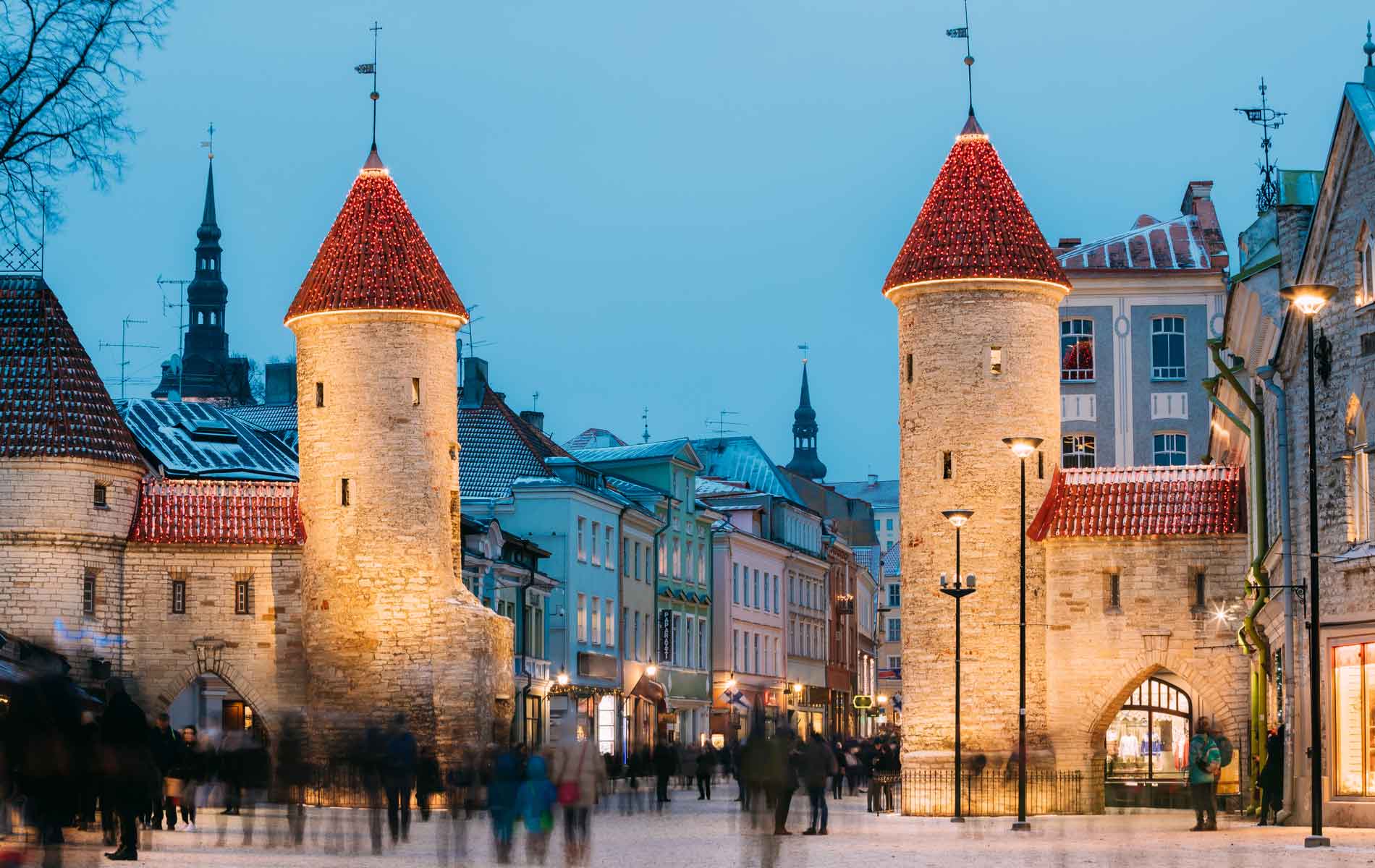 The Viru Gate is part of the medieval wall structures in Tallinn, Estonia

In the first few years of the Second World War, all three countries were bulldozed into submission by their vastly more powerful neighbors - first by the Soviets moving in from the east, then by Nazi Germany from the southwest, and again by the USSR, which formally took control of the area in 1944-45.

Generations of people (soldiers and civilians alike) were killed, the towns and countryside were ravaged, and political identities as individual countries were brutally suppressed by Soviet rule.

It’s not hard to see the appeal of independence in the late 80s as the power of the USSR waned, but the cultural identity of the Baltic States goes back much further than the 20th Century - and this is where their differences spring into focus.

Lithuania has the grandest of histories, being the center of a five hundred year territory now known as the Grand Duchy Of Lithuania that covered what is now Belarus, Ukraine and parts of Poland and Russia. In the 14th Century, it was the largest country in Europe.

Today, Lithuania’s capital, Vilnius, contains one of the largest surviving medieval old towns in Europe (now a UNESCO World Heritage site), and the city as a whole is a dazzling mixture of Baroque, Gothic, Renaissance and Classical building styles threaded with ancient streets, red-roofed townhouses and tasteful modern embellishments. 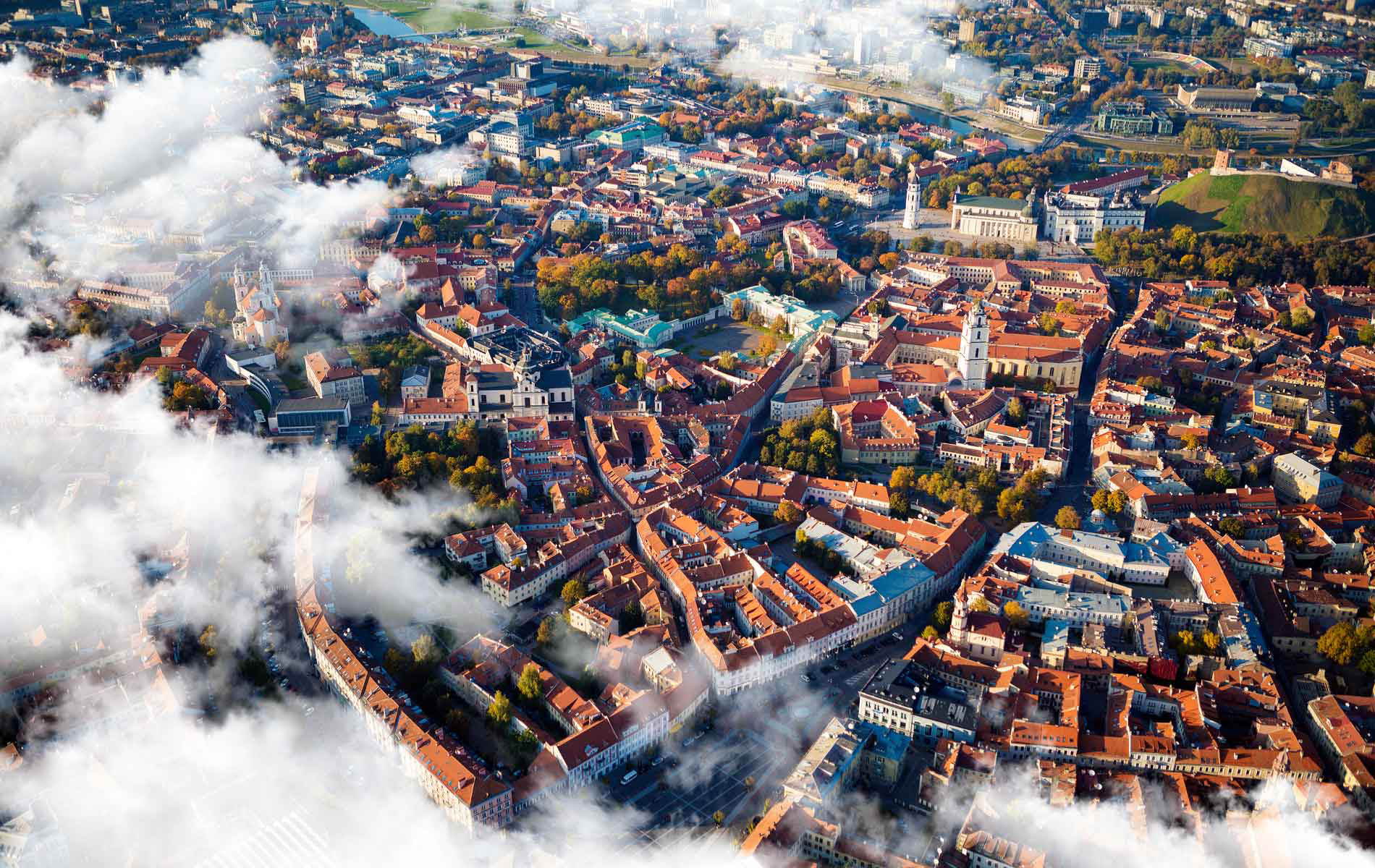 Outside the capital and a handful of big cities, Lithuania quickly bewitches with its diverse natural beauty. There are highland forests and mountains, lowland wetlands and meadows spread over 5 national parks and dozens of smaller natural havens - and there’s even a 50 km-long stretch of sand dunes called the Curonian Spit that stretches into the curiously isolated Russian territory of Kaliningrad to the southwest.

Cross the border into Latvia, and you’ll find the language much the same - Lithuanian and Latvian share the same language roots, and like Spanish and Portuguese, it’s possible for each nationality to make themselves understood in each other’s countries.

Like Lithuania, it’s also a natural paradise - but where Lithuania is a pick’n’mix of environment types, Latvia is firmly about the trees. Along with Estonia, it’s one of the most forested countries in the EU, and one of its nicknames is “The Great Park”.

Latvia’s history as a politically distinct country only goes back to 1918 - before this, it was ruled by Swedish, Polish-Lithuanian and Russian governments elsewhere - and today, while Latvians celebrate as much national pride as their neighbors do, only 62% of its population are Latvians, and 12% are non-citizens.

Russian is the unofficial second language (despite a 2012 referendum that officially decided otherwise) and English is widely understood in its capital, Riga, a stately mix of Gothic, Baroque and Art Nouveau where a third of the country’s population lives.

If you wanted to resort to possibly spurious characterizations, Lithuania is outgoing and a little boisterous - while Latvia is in search of the quiet life, a touch shy about its appeal to the rest of the world, and a little wary in the face of change.

The same cannot be said to be true about Estonia, its neighbor to the north. Although it shares the same 20th century political history as its Baltic neighbors, most similarities end here. Estonians speak a language closely related to Finnish and unrelated to Latvian or Lithuanian, and Estonia’s cultural ties to Finland go back a long way and are still strong, despite 50 years of Soviet rule. 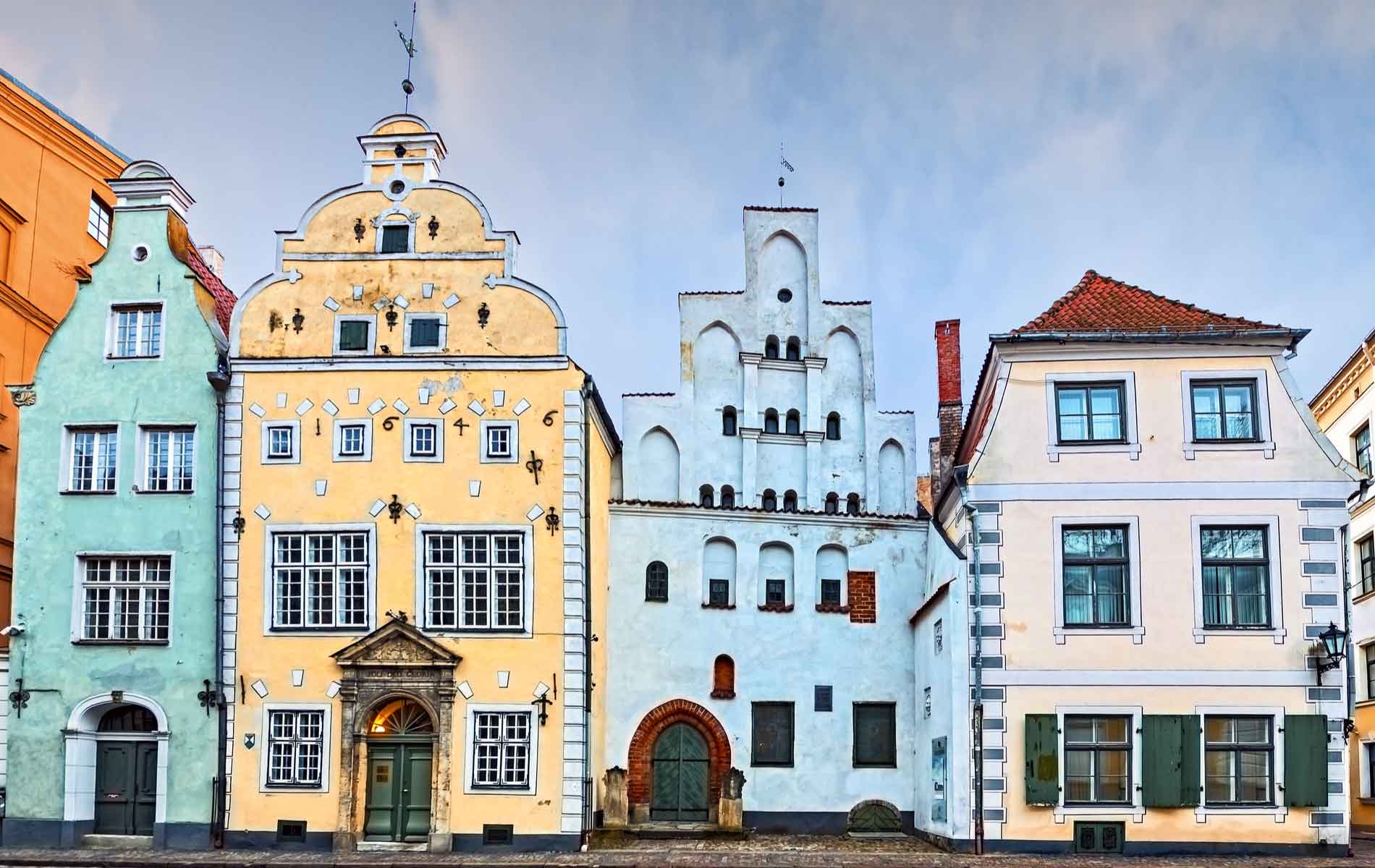 The Three Brothers, the oldest medieval buildings in Riga, Latvia

With just 1.3 million inhabitants, it’s one of Europe’s smallest countries by population, scattered across the mainland and a few of its 2,200 islands - but what it lacks in scale it’s worked hard to make up through innovation and technological power.

The list of its technical achievements since 1991 are impressive. Ever heard of a little online service called Skype? Its Estonian creators sold the company to Microsoft in 2005 for an economy-boosting $2.6 billion.

In 1991, less than half the country had access to a telephone - but by 2000, the government declared internet access a basic human right, and rejected an offer of installing Finland’s second-hand telephone system to build its own digital infrastructure. (It’s worth noting that all three Baltic countries have excellent internet - but for a time, Estonia’s was the fastest in the world.)

In 2007, Estonia was the world’s first country to allow online voting. There’s its much-lauded E-Residency program, much loved by online entrepreneurs and startup founders. There’s its ongoing drive to make Estonian bureaucracy entirely paperless. There are online schools. It’s a long list, and it’s getting longer every year.

Despite having one of the best-preserved medieval cities in Europe (its capital, Tallinn, has a UNESCO-protected Old Town), Estonia seems unusually keen to meet the future head-on. 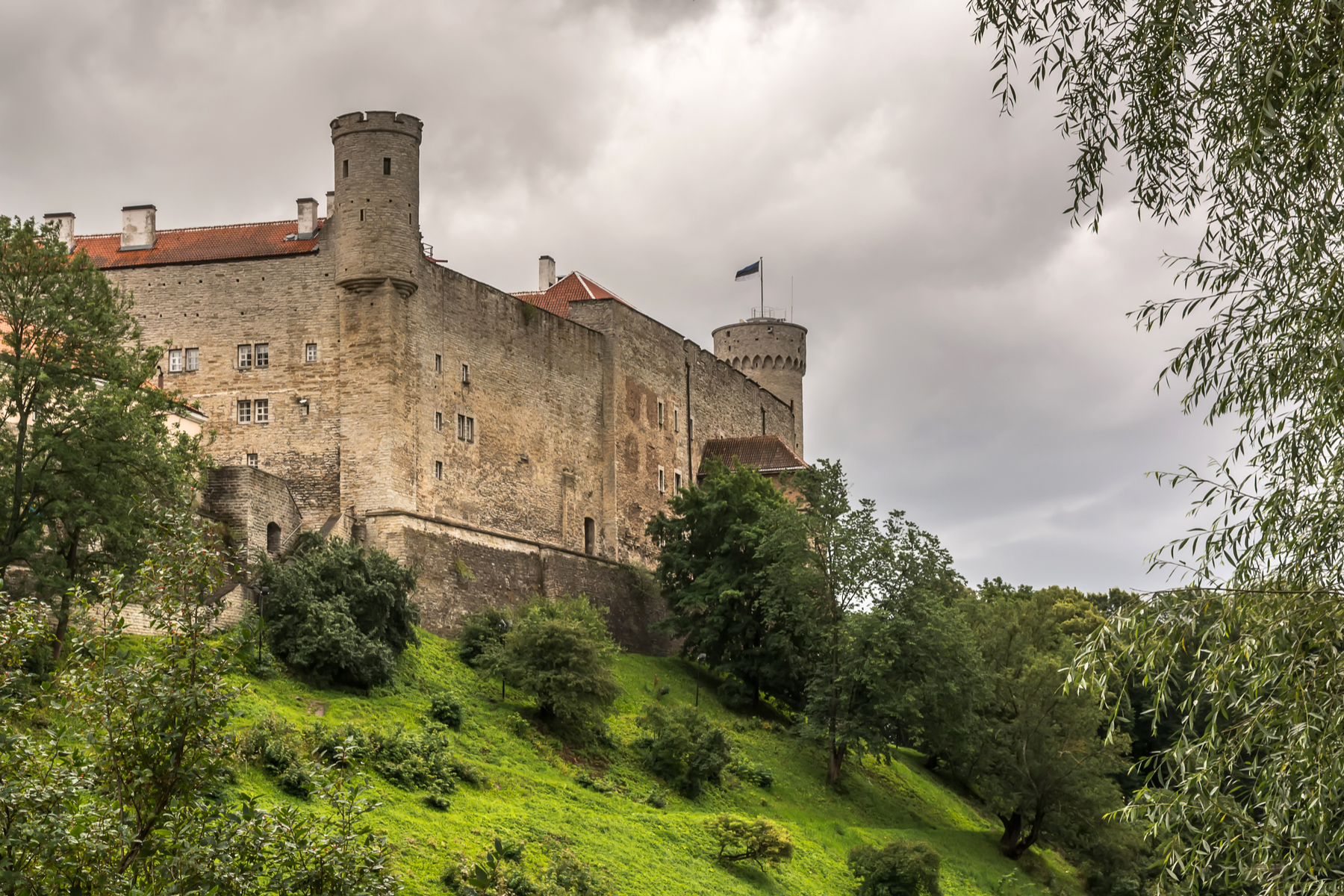 That’s the Baltic States - except, maybe it isn’t.

Maybe the term “Baltic States” is one of those sloppy modern generalism that needs questioning. Maybe a shared history and a shared ecology really isn’t justification to lump three countries together in the global imagination.

Maybe it’s the kind of thing that annoys the living daylights out of Latvians, Estonians and Lithuanians. Maybe a better thing - a more respectful thing, perhaps - would be for all of us to go and ask them, and to see for ourselves what the differences are, and enjoy them in person?