According to The Guardian, London is the food, banking, and luxury homes capital of the world. We don’t know how true those claims are, but there’s very little reason to disagree. After all, London has been a worldly city for a very long time. And in this old city, medieval and modern buildings have witnessed history unfold through the centuries. 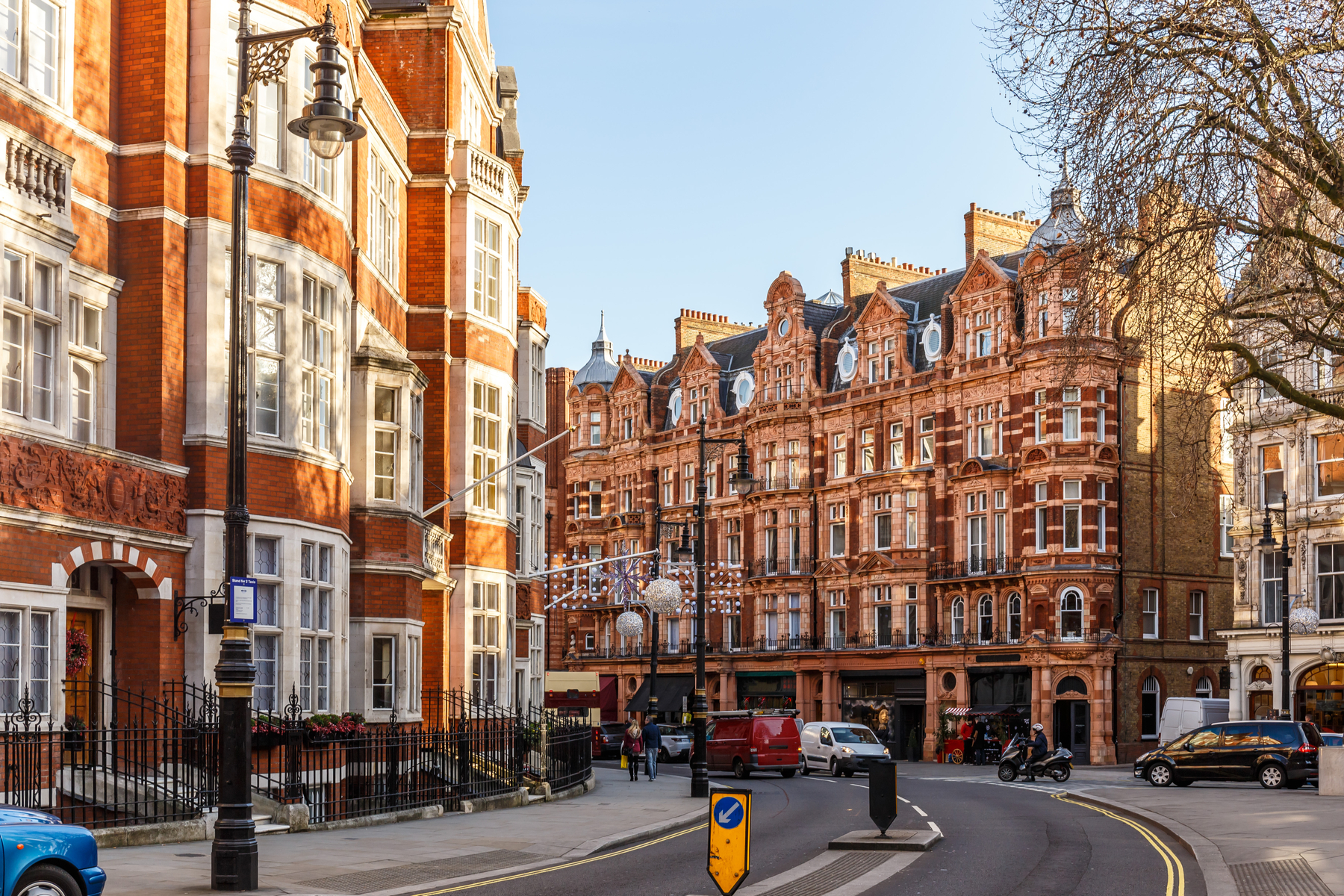 Buildings that endured fire, indecisive rulers, and powerful church figures
These structures serve as reminders of different eras, from the time London’s first visitors, the Romans, arrived until the end of the Victorian era. They’re the reason why some visitors (including the Romans of today) come: to catch a glimpse of old London while appreciating everything that the modern city has to offer.

William the Conqueror ordered the construction of the White Tower, the main building in the magnificent Tower of London complex. You wouldn’t know from its stunning form that it was once a prison where a bishop, a king, and a duke were locked up, or that it was built very quickly. The White Tower may be postcard-worthy now, but it represents a dark period in British history, which is why walking around it is such an enthralling experience.

You can easily go to Temple Church by taking the Tube (it’s a few minutes’ walk from Temple and Blackfriars stations), bus, or car. It used to be a place where Templar initiation rites were held, but is now a concert venue and occasional movie set (it was featured in The Da Vinci Code). The round church was patterned after the Church of the Holy Sepulchre in Jerusalem, one of the most sacred grounds in Christianity.

The Charterhouse in Smithfield

Few notable places in London deserve to be called a “hidden gem,” but the Charterhouse in Smithfield is undoubtedly one of them. The Charterhouse was a monastery, a school, and an almshouse built on a burial ground for victims of the Black Death. It has stood witness to the city’s changing social attitudes and rulers, despite being a world in itself since it was built in 1348. This remnant of the 14th century is a magnificent reminder of London’s glorious past.

St. Paul’s Cathedral underwent a series of reconstructions since Sir Christopher Wren built it in the 18th century. It was constructed in the English Baroque style, a style adopted by rulers and the Catholic Church, marked by abundant ornaments and artistic touches that show power. The grandiose cathedral has gone through various states of decay and renovation — it was gutted by the Great Fire of London in 1666 and survived the Blitz in World War II — and has drawn tourists and pilgrims alike over the course of its long and storied lifetime. 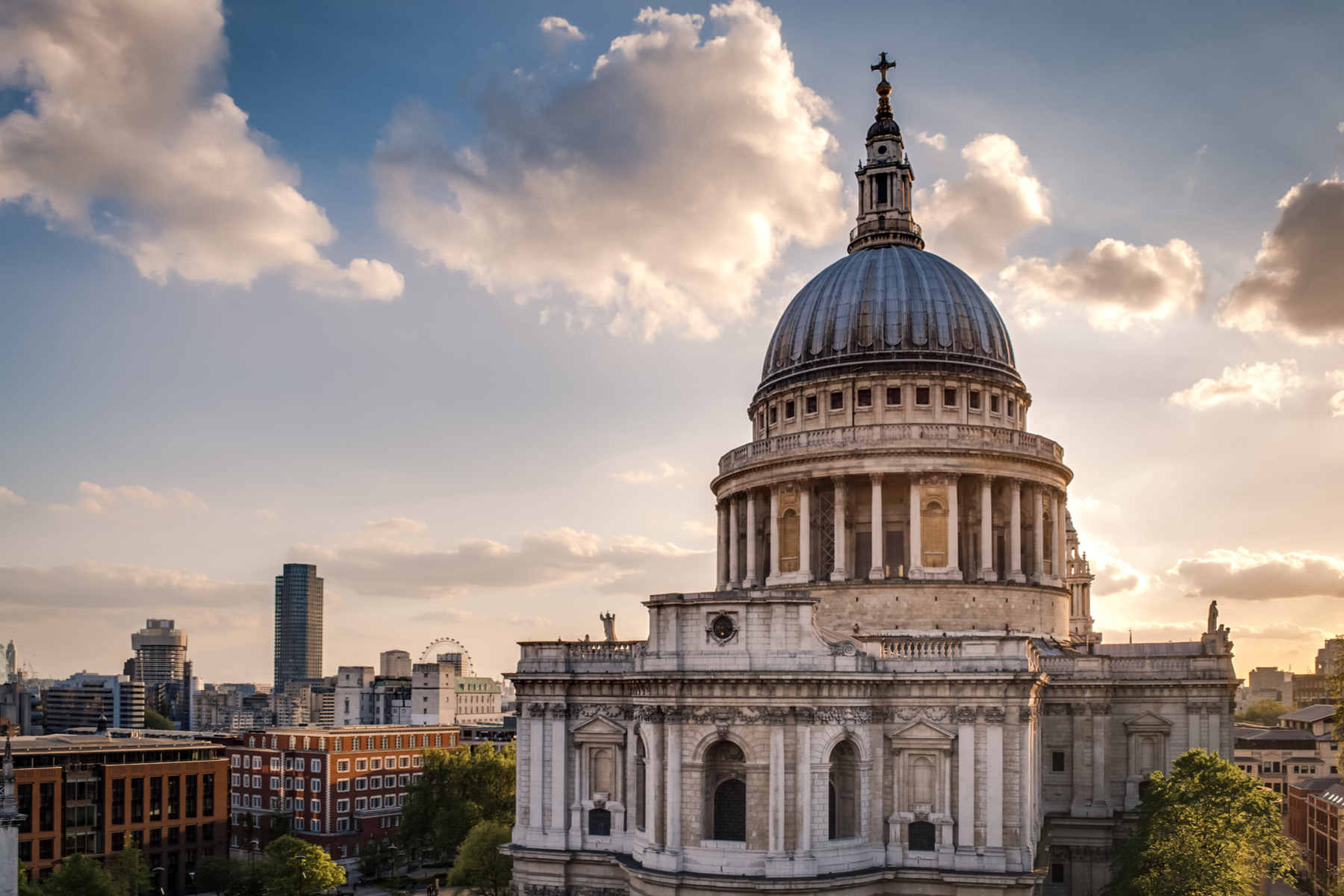 There are few structures more captivating than the British Museum, but not a lot of those can boast an equally huge number of visitors. Millions flock to the British Museum every year because apart from its grand facade, which was built in the Greek Revival style, it also houses some of the world’s rarest art and artifacts. Admiring it from outside is an experience, but it’s also worth stepping inside this historic institution.

Describing a building as “Gothic” gives it a sense of mystery that’s absent from those that are, in contrast, described as “modern.” But modern structures don’t necessarily pertain to mystique-less slabs of concrete, iron, and steel.

The modernization of buildings may have begun during the industrial revolution (the mid-1700s to mid-1800s) and may have something to do with the changing times that required structures to be built with a more practical and economical mindset. Regardless of when it truly started, these buildings defy classical styles without necessarily losing their magnificence.

Designed by famed British architect Norman Foster, The Gherkin is a gleaming 41-storey tower that’s instantly recognizable — and it’s not just because it resembles a Fabergé egg. It stands out among a sea of conventionally constructed skyscrapers and is impossible to miss amid the city’s skyline.

The Shard is a striking skyscraper that has become one of London’s most iconic towers. It resembles a pyramidic shard of glass jutting out from the ground, which is how it acquired its colloquial name. Buildings like the Somerset House, for instance, are used as settings in movies that evoke eras when wearing corsets was the norm (e.g., Sleepy Hollow, which tried to pass off the Somerset House in London for a New York landmark). Meanwhile, structures like The Shard is what one sees in movies set in the future.

The City Hall building is a curious structure also designed by Norman Foster. What makes this structure so fascinating is its odd, snail-like shape that catches the eye from every perspective. It was built to stun but also to contribute to the conservation of the environment, which it does by using energy-saving ventilation techniques.

The Tate Modern is a London icon that’s one of the most visited museums of modern art in the world. Its peculiar pyramid outline is complemented by its brick-constructed facade, which looks particularly impressive in the daytime. At nighttime, it’s no less of a stunner, as it emits a faint amber glow. 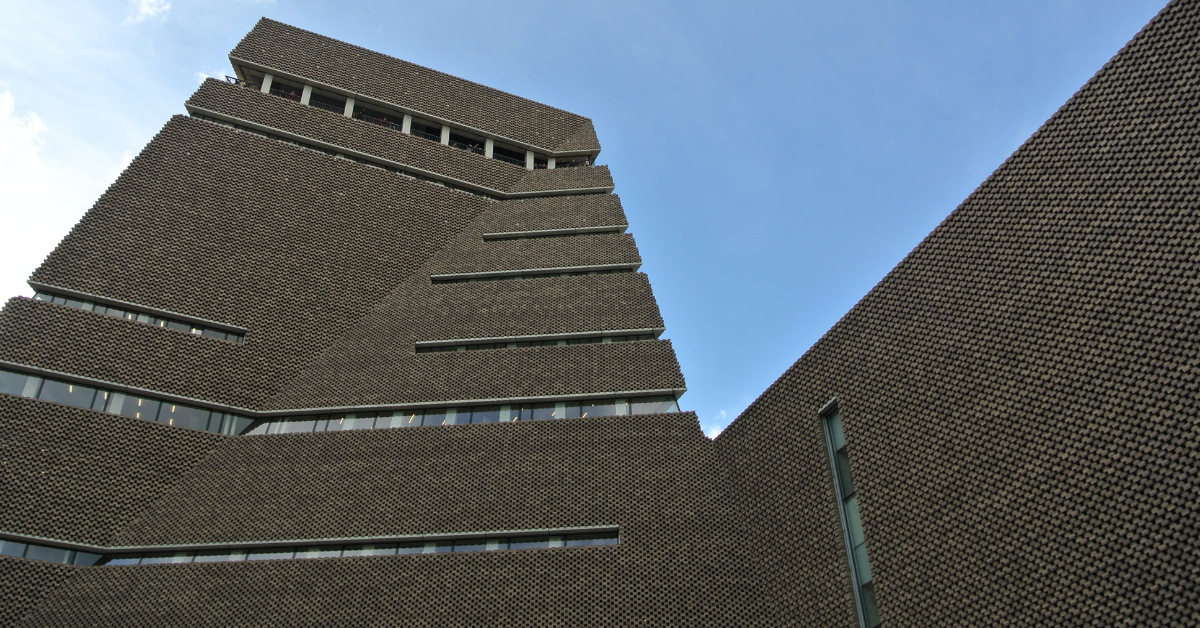 The angular brickwork of the Tate Modern art gallery in Bankside, London.

No single architectural style dominates London and there are so many that it’s impossible to soak in all of them in one visit. And these are just some of them.

Discovering the staggering architectural feats in London is a monumental task — one that our travel curators will gladly take on. Get in touch with Wheel & Anchor’s passionate travellers to understand how best to explore England’s capital!