It’s easy to imagine him staring at a map of France, his brow beetled with frustration. At its narrowest point across France, less than 450 km separate the Mediterranean from the Atlantic - but without a functioning waterway, trade goods were faced with the journey down the coast, round the Iberian Peninsula, through the straits of Gibraltar and up the other side. 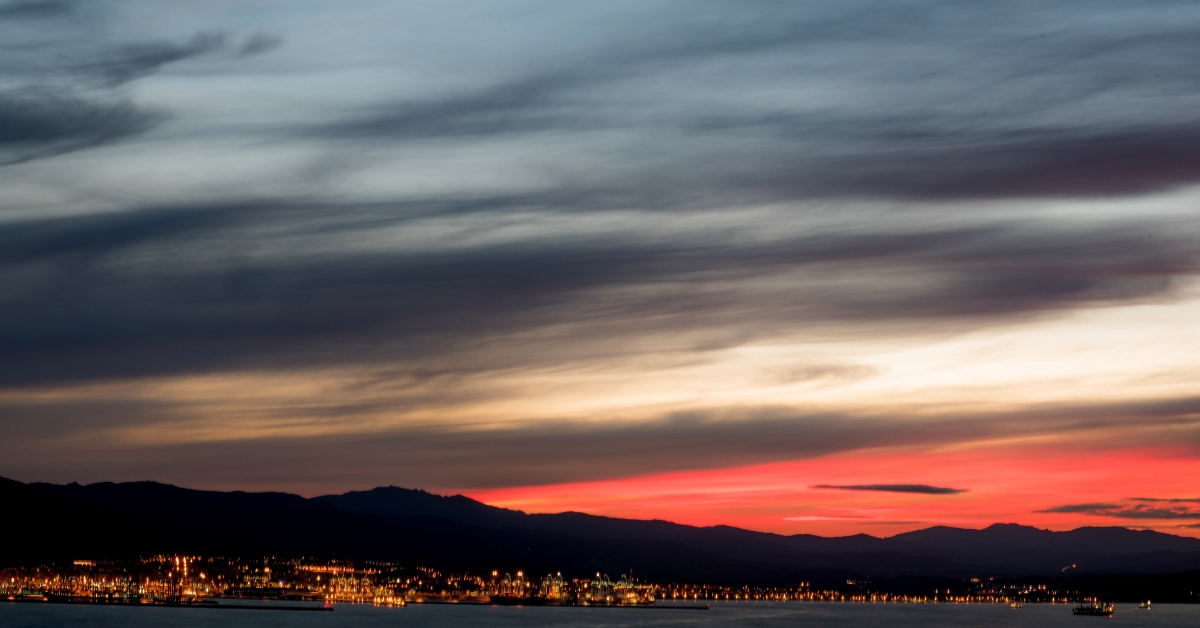 Sunset along the coastline of Gibraltar

Not only was this journey over six times longer, it was through some of the stormiest seas in Europe - and ran the gauntlet of the infamous Barbary pirates, plundering shipping from ramshackle bases along the North African coast.

Time meant money. Shipwrecks and hijacks meant a lot more money. Every year, France’s trading revenue was being poured into the sea. It was enormously irritating to France’s king, Louis XIV, a source of embarrassment as well as financial loss, and perhaps Riquet shared these feelings - but he was also a businessman. He’d become impressively wealthy in the first half of the 17th Century, gathering so much power to himself that the King granted him permission to levy his own taxes.

He had capital. He was a big dreamer. He was obsessed with the mathematics of modern engineering. In modern terms, he was an entrepreneur looking for a cause - and looking at the map, he thought he’d found it.

He certainly wasn’t the first to see the opportunities with a sea-to-sea canal. The benefits were obvious as far back as the ties of Augustus and Nero - but until now, engineers lacked the technology to pull it off. There was also the fact that half the work had now been done, in a scattered, piecemeal way, by a growing sprawl of small canals fanning inland from the Bay of Biscay.

To join the oceans, all was needed was a waterway running from France’s south coast across and up into Toulouse, a distance of just 240 km, where that web of Atlantic-side canals petered out. 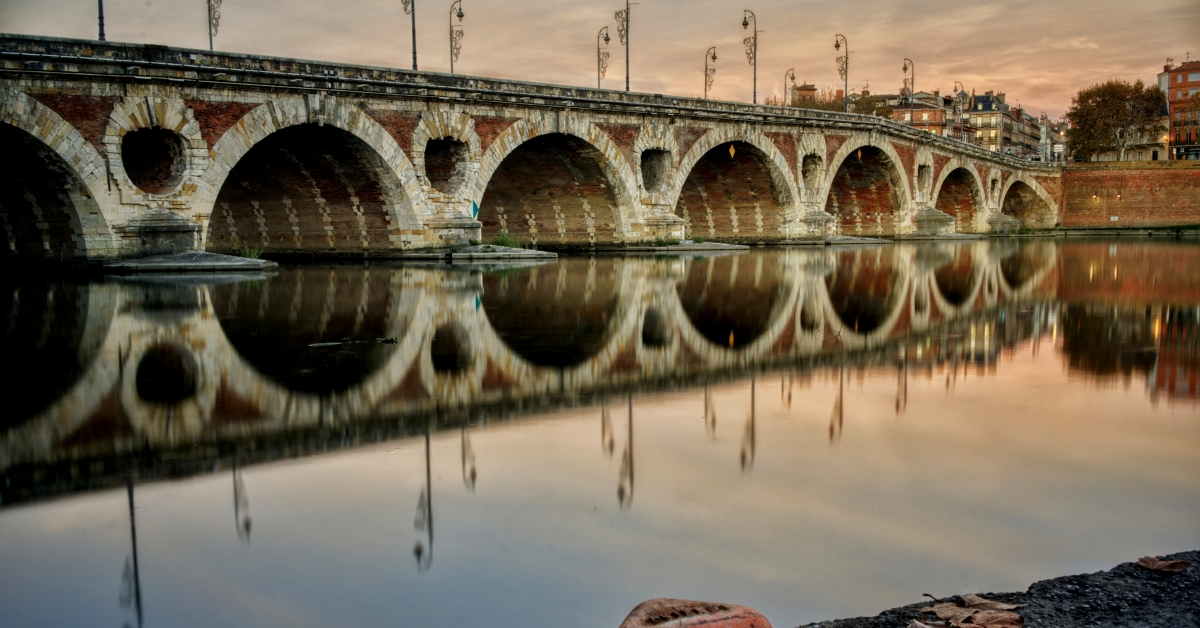 Nevertheless, this was a colossal engineering challenge. The builders would have to find the best route through difficult terrain, artificially manage huge quantities of water in a way that had never been done before - and devise a way to raise the canal to a high point between two valleys. This final stretch of the canal de deux mers had, until now, remained an impossibility for these reasons.

Under orders of politician Jean-Baptiste Colbert with the blessing of the King, Riquet’s meticulous proposals were given the green light - partly because a direct sea-to-sea canal would help destroy Spanish trade by avoiding the Spain-controlled Straits of Gibraltar. The scene was set for national triumph - and personal tragedy.

It’s a story that has repeated many times in history: a man with money, power and more than a little ambition undertakes the seemingly impossible in order to secure an immortal legacy for himself - and it consumes him along the way.

In Riquet’s case, the length of the project drained all his wealth and led Louis XIV to lose interest. Men and women (the latter bringing in their expertise in waterway construction from the Pyrenees) labored for over a decade, following Riquet’s plans to build a lock staircase, a vast artificial lake and the world’s first canal tunnel.

The canal was completed in 1681 - but Riquet never got to see it. He died just 8 months before the first boats sailed through. 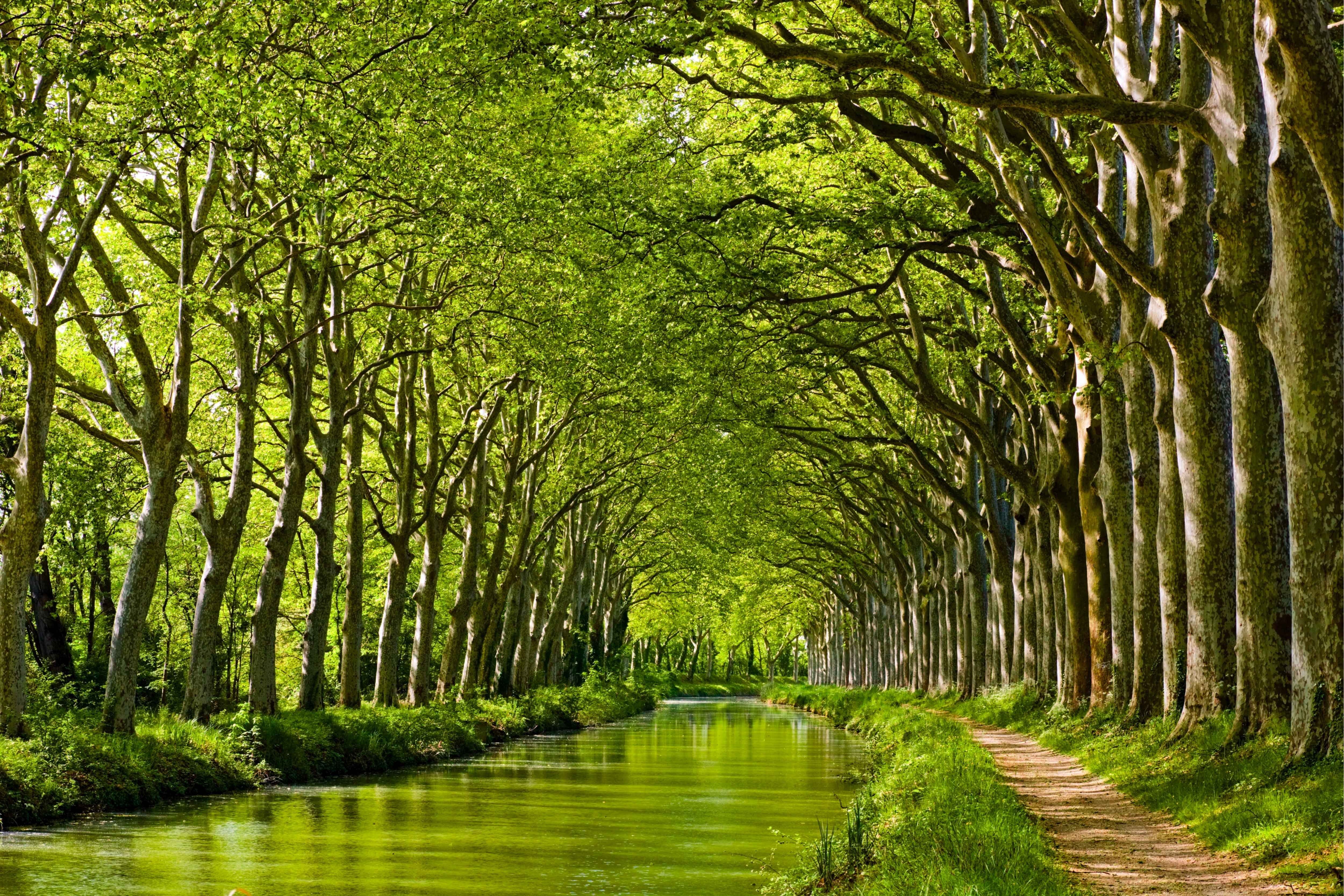 Trees along the banks of the Canal du Midi

2016 was the 350th anniversary of the royal decree allowing Riquet to start work - and the Canal du Midi couldn’t look more different. Now the days of canal trade are long gone, the cargo ships have been replaced by pleasure cruisers, eager to use hundreds of miles of peaceful, unbroken canal through some of Southern France’s most stunning landscapes.

Boaters wanting a bit of a challenge can attempt to negotiate the complexity of its 64-lock system - while other rely on experienced cruise-boat crews to do the work, so passengers can give the incredible scenery their full attention while enjoying what’s arguably the future of luxury travel.

It’s an overstatement to say it’s one of the country’s best-kept secrets - the Canal du Midi accounts for a full one-fifth of all French river tourism - but it’s still under-publicized, even after its designation in 1996 as a UNESCO World Heritage site (somewhat confusingly calling the entire sea to sea route by the name of its most famous stretch). It may be a more popular river cruising destination than the Seine - but it never feels like it, because this is the Languedoc, where nothing good happens in a hurry.

It’s a place of patchwork fields of rolling grass, of sunflowers and apple orchards, of stone-housed villages and ancient churches - all passing slowly enough to hop out onto the bank whenever you feel like, to take photos, walk along the tow-path or grab a bike to explore some of the nearby roads. 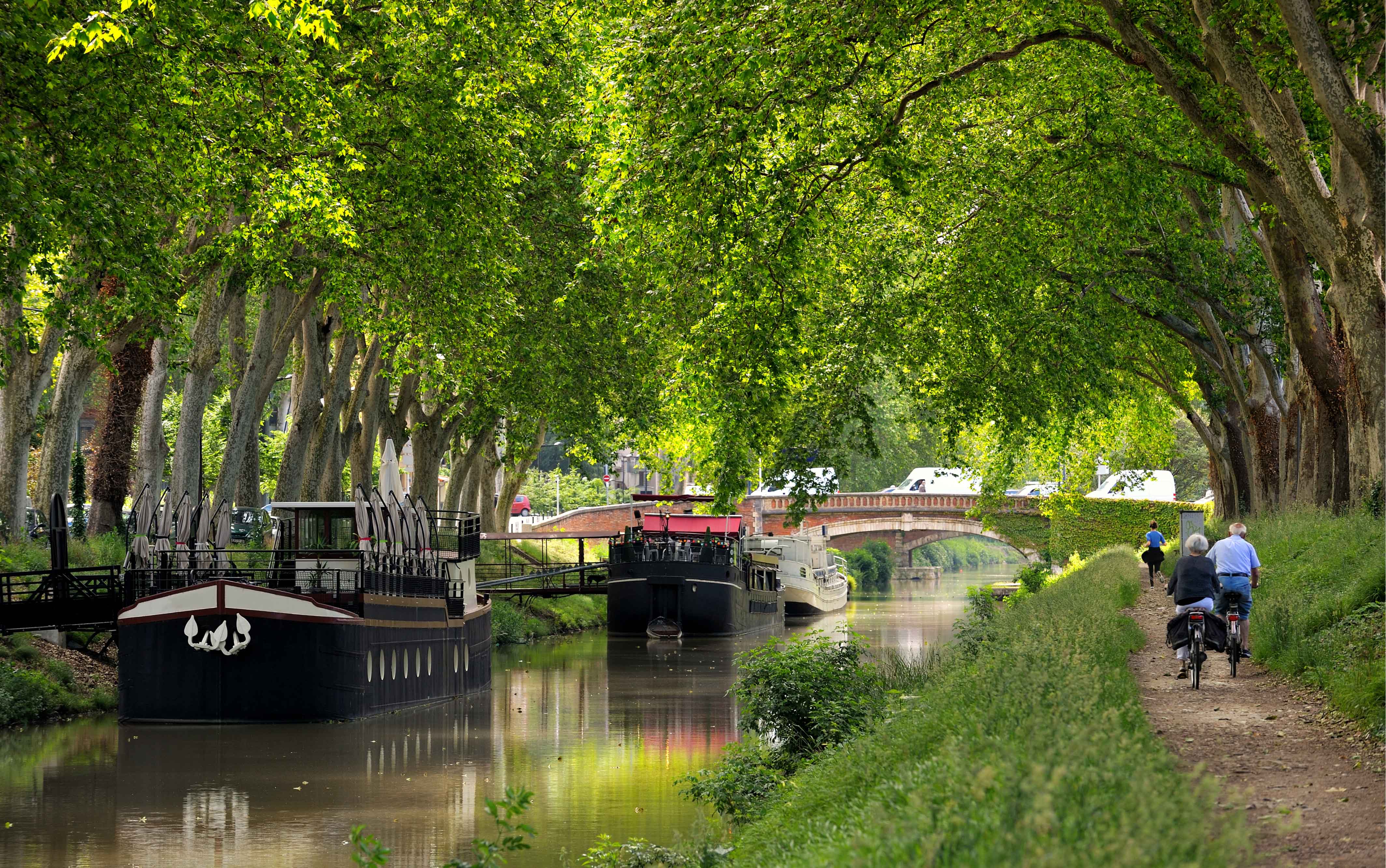 Cyclists along the shores of the Canal du Midi

It’s a curious turnaround: 12,000 men and women build this incredible feat of engineering over 15 years - and now 10,000 boats a year enjoy it in a wholly different way.

Riquet’s impossible dream came true, and now the Canal du Midi is inspiring a new generation of dreamers as they travel from ocean to ocean, in absolutely no hurry to reach the future.

Stay tuned for upcoming programs to the picturesque south of France from Wheel & Anchor...subscribe to our weekly newsletter for the latest updates!