Many A Vowel Makes A Muddle: How Scottish English Is A Whole New Language

What the what now?

When the film Trainspotting was released in 1996, Danny Boyle’s foul-mouthed comedy drama caused a stir he wasn’t expecting. Complaints started trickling in that English-speaking audiences couldn’t understand the Scottish accents of the cast.

It’s telling that before its release in the States, distributors Miramax ordered a partial redubbing of the dialogue to make it more comprehensible. Today, Scottish accents even case problems for mobile voice recognition software - but it’s not just down to how the words are said. 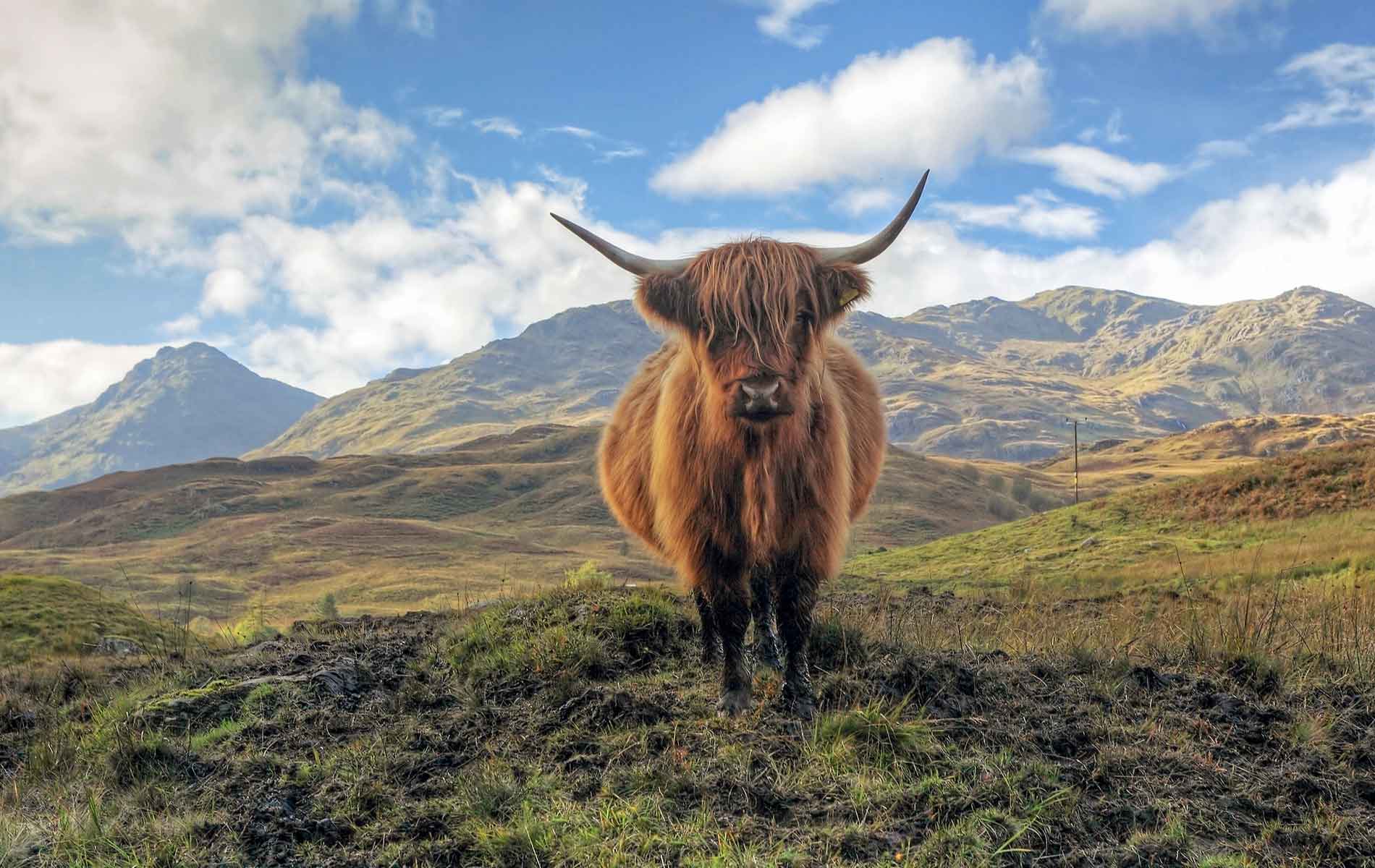 What did ye say, laddie?

While Scottish English traces its roots back to standard English, it’s also tangled  up with Scottish Gaelic, a Celtic language with an entirely separate heritage.

Only 60,000 people across Scotland now speak Scots Gaelic - but its influence is everywhere, and it’s often accepted that the heavily Gaelic-infused version of English widely spoken in Scotland can be regarded as an entirely new language.

It’s a big problem for international visitors, even the ones from Anglophone countries - but it’s also an opportunity, since so many Scots words seem to echo the land they’re describing. A trip around Scotland with a working Scots English vocabulary on the tip of your tongue is the key to understand the place so much better.

(Plus, it’s always easier to turn strangers into friends if you’re making an effort with the lingo.)

With that in mind, let’s gie it laldy (forge ahead enthusiastically) an’ take a wee (little) tour, so ye have a braw (good) grasp of the basics.

The language of the outdoors

The Scottish landscape is a thing of legend. With 7,3000 miles of coastline and 790 islands, the seaward side of Scotland is rightly famous - and inland, the terrain climbs to the UK’s loftiest and most rugged heights, cleft by the Highland Boundary Fault (separating the gentle Lowlands from the mountainous Highlands), and the Great Glen Fault, a vast lake-filled rent bisecting the north of the country.

That’s our first word, glen - from the Gaelic gleann, meaning a long valley with gently sloping sides. Where glens reach to the coast they provide the opportunity for a seawater-filled lake to stretch inland - know as a sea loch. 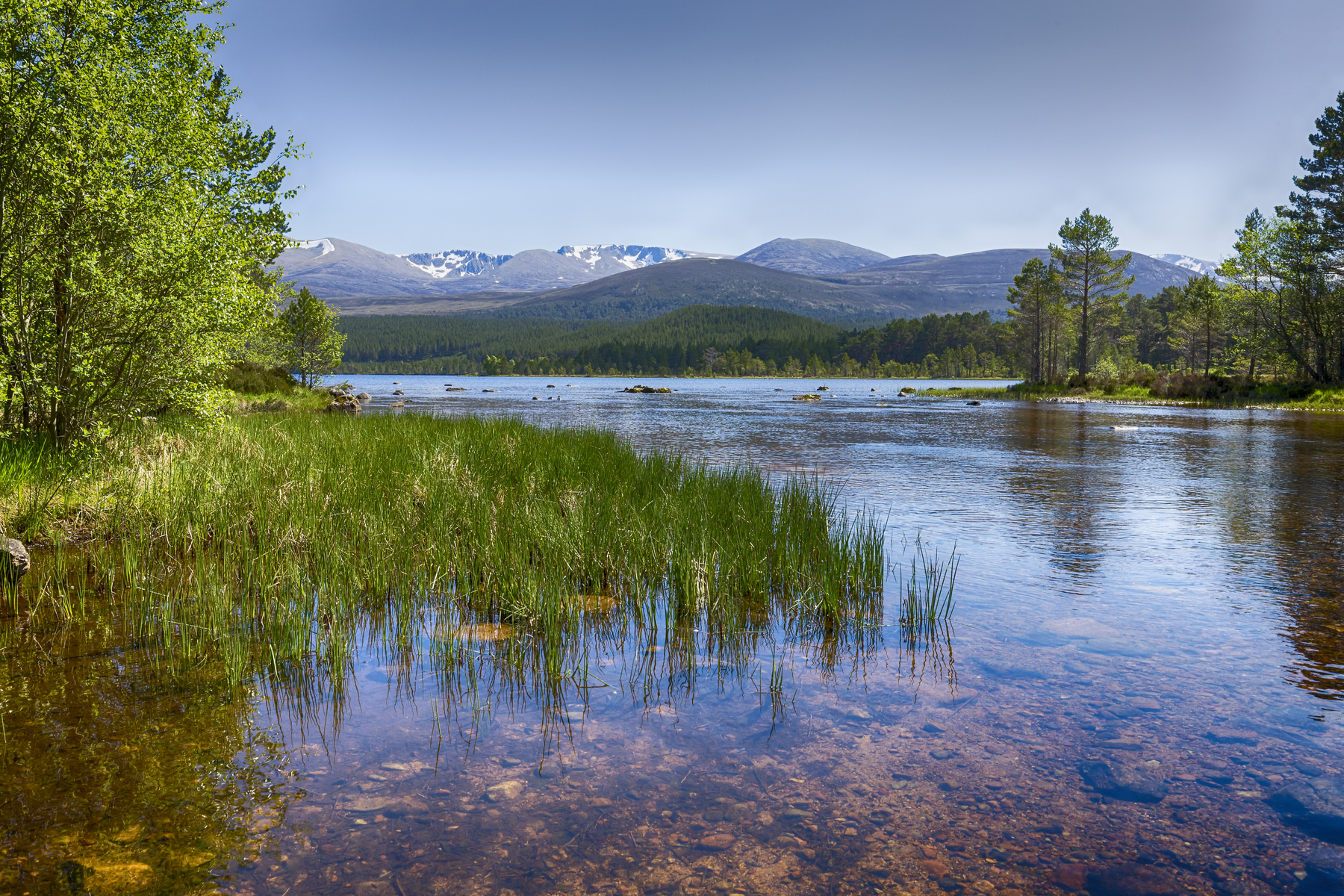 The clear waters of Loch Morlich, Scotland. The Cairngorm mountains in the background

Loch is an important word for visitors because it’s usually the first introduction to the soft Scottish “ch” sound.  If you say it with a hard “k” sound - which is an understandable mistake, considering it’s the word for “lake” - then expect pursed lips, frowns and shaken heads. With one word, you just identified yourself as a sassenach (foreigner).

A loch doesn’t sound like something you put a key into. It’s the sound of water hissing over rock - a rasping whisper of a sound made by constricting, but never closing, the back of your throat.

If you want to describe a Scottish stream, you’ll encounter your first rolled “r”. The word is burn, from the Gaelic abhainn. The use of burn is a little looser than with its counterpart in English, as it describes everything from the smallest of streams to moderate-sized rivers - and any time you see the word in a place-name, it’s referring to a nearby watercourse.

The same is true for the words for mountain - ben and torr. You may know of the former via the name Ben Nevis - the highest mountain in the British Isles, found in the western highlands, and giving views that stretch as far as Northern Ireland.

Wherever you roam in Scotland, you’re also bound to spot a beastie (animal) or two, although don’t fall for the trick played on many visitors concerning the haggis - it’s a savoury pudding made from different ingredients, not a furry rodent native to the highlands. 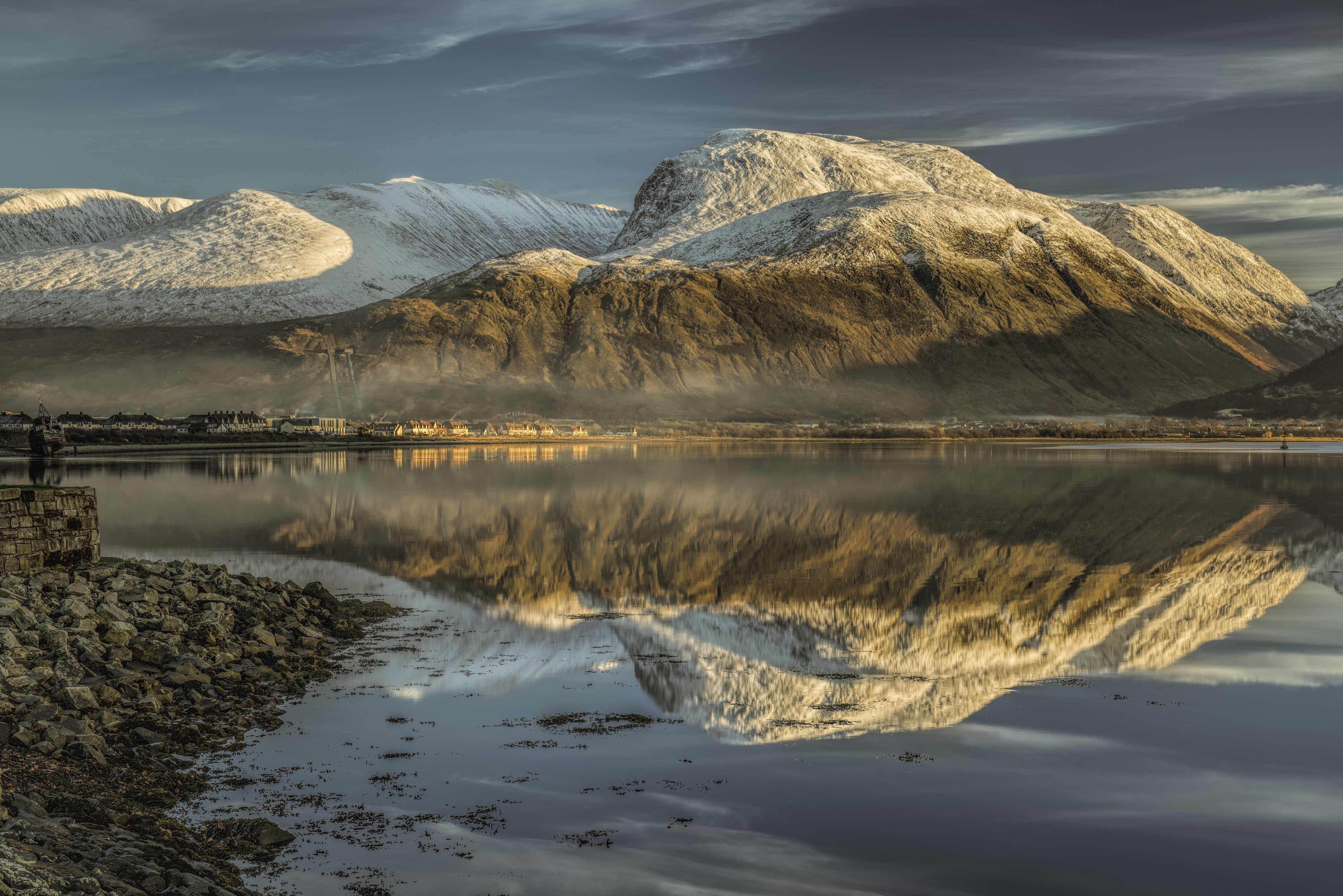 The language of the sky

According to recent national surveys, the most popular Scottish word refers to foul weather. If it’s really horrible outdoors, with rain pouring down out of a leaden sky, you’d say it’s dreich - pronounced with that soft “ch”, remember. It’s a word that originally came from Middle English (but you might want to keep that to yourself, the Scots are awfully proud of it).

If it’s cold at the same time, you’d say it’s baltic - derived from the place name, with the suggestion that’s where the wind is coming from - and if you’ve reached the end of the day and the light is fading fast, you’re entering the gloaming, which “would have stravaiged its way to Scotland with one of the waves of Anglo-Scandinavian immigration that took place during medieval times,” according to this guide to the word.

(Stravaig, incidentally, means to meander somewhat aimlessly - which is often the best way to explore this country of remote, hidden wonders.)

If that all sounds off-putting, don’t worry: in the warmer months, Scotland’s weather is as bonnie (pretty) as can be, and even in the thick of winter you’ll get clear, crisp days with blue skies that go on forever.

The language of the everyday

In everyday conversation with a Scot, there’ll be the words you’ll be able to guess - like aboot (pronounced in the Canadian way), or auld, or dinnae (a common refrain is “dinnae fash yersel”, which translates as “don’t worry about it”). 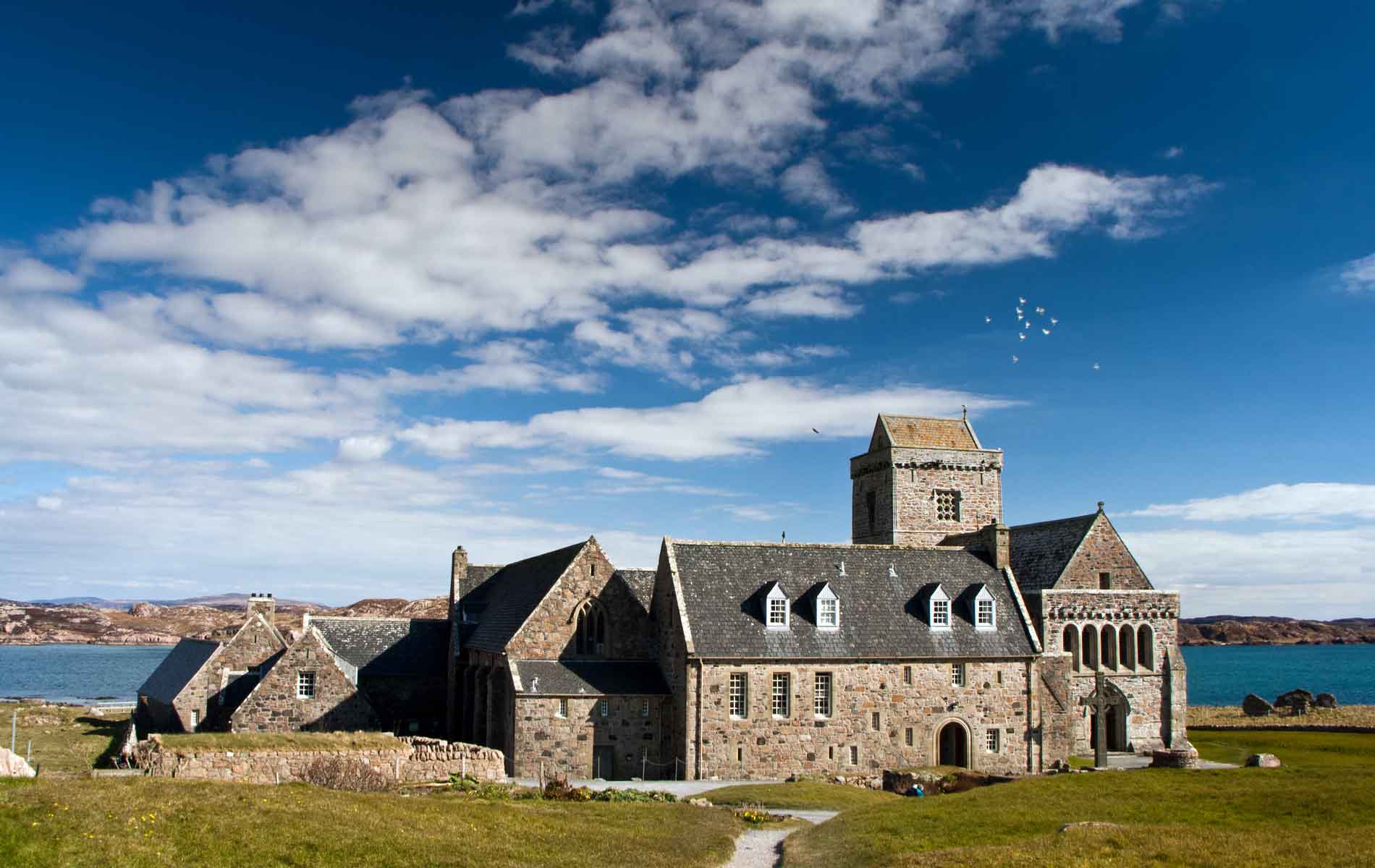 But then you might get into the tough stuff. If someone invites you to partake in some scran, should you accept? (You probably should - they’re offering you dinner.) Someone tiresomely droning on and on is blethering, and perhaps in danger of being labelled a numptie.

Indeed, Scottish English is rich in words and phrases that convey exasperation - but with a bit of luck, you’ll be told you’re pure barry (the highest compliment a Scot can give, meaning “the crème de la crème”) and you’ll be given the warmest possible welcome - and maybe a drop or two of the national drink to celebrate it!

(Oh, and the title of this piece? The proper Scots version is many a mickle maks a muckle - which means “a lot of small amounts can add up to something impressive”, sometimes associated with emptying your loose change into a jar and taking it to the bank once a year. Use it correctly in Scotland, and you’ll make a friend for life.)