Queen Mary 2: A trip to the age of elegance

Don’t call the Queen Mary 2 a cruise ship. She is a proper transatlantic ocean liner.

The strict term isn’t just typical British snobbery (although Cunard Line, the operator of QM2, is a veritable British maritime institution bought in 1999 by the Florida-based Carnival Corporation, making Cunard a British-American company). Unlike a cruise ship, an ocean liner is built to withstand a transatlantic journey, with a stronger steel hull to ride out any kind of weather in the middle of the ocean. Indeed, the QM2 can slice through the Atlantic’s rough waves and withstand strong winds, whereas cruise ships seek shelter during a storm. 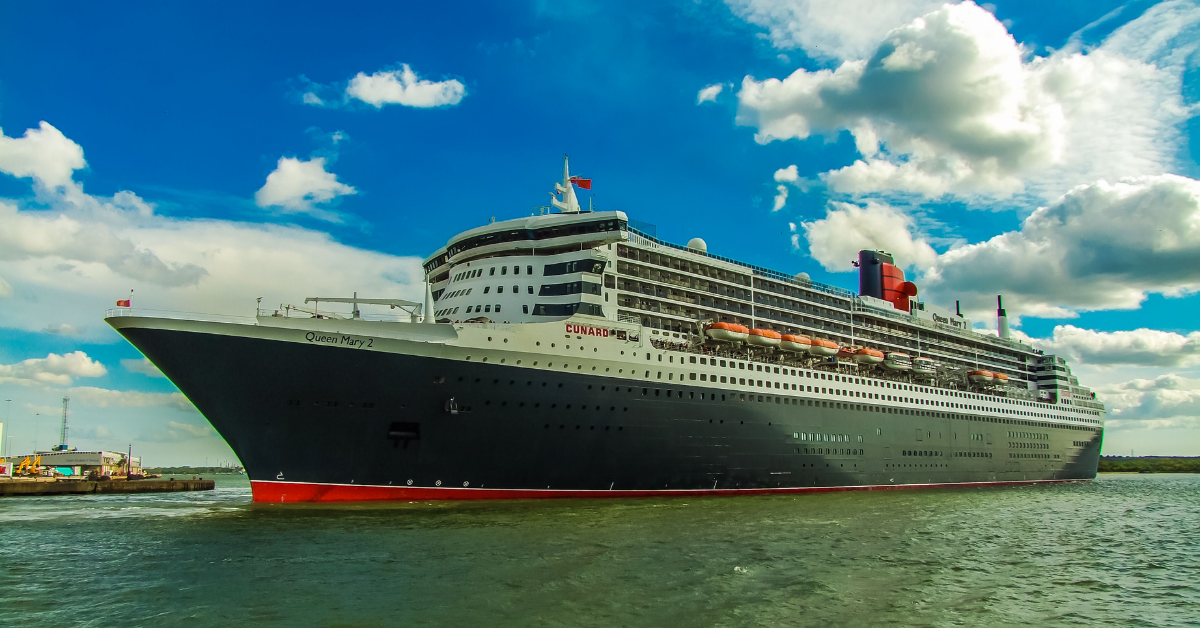 The only one built in over 30 years and the sole true ocean liner carrying passengers in the world today, QM2 is also the largest in her class. A transatlantic journey aboard the flagship of the Cunard Line is a mixture of Old World elegance and new-age convenience. Once you travel from Southampton, England to New York City (or vice versa) on the QM2, you will want to repeat the experience again and again. Such is the allure of the Queen.

At 345 metres long, QM2 is longer than the aircraft carrier USS Enterprise. It has 18 decks to accommodate up to 2,695 passengers and a total of 1,253 officers and crew. Its 14,164 square metres of exterior deck space includes three outdoor swimming pools (one with a retractable dome), a 620-metre-long wrap-around promenade on Deck 7 with a continuous jogging track, and kennels for pet cats and dogs.

Her cozy interiors are a soothing light palette of gold, cream, and eggshell tones to match the natural wood accents. The design is modern but with accents that hark back to the Victorian era. The interiors are also impressive in size. Dining rooms and lounging areas are colossal, while the hallways connecting the public areas are comfortably wide to accommodate a steady flow of guests. The bars and lounges have lofty ceilings, but they still manage to remain warm, relaxing, and inviting.

You can do more than play bridge or attend tango lessons while on board (not that there’s anything wrong with those). QM2 provides several unique treats no other ship can offer. The following are what make her the premiere ocean liner in the world today. 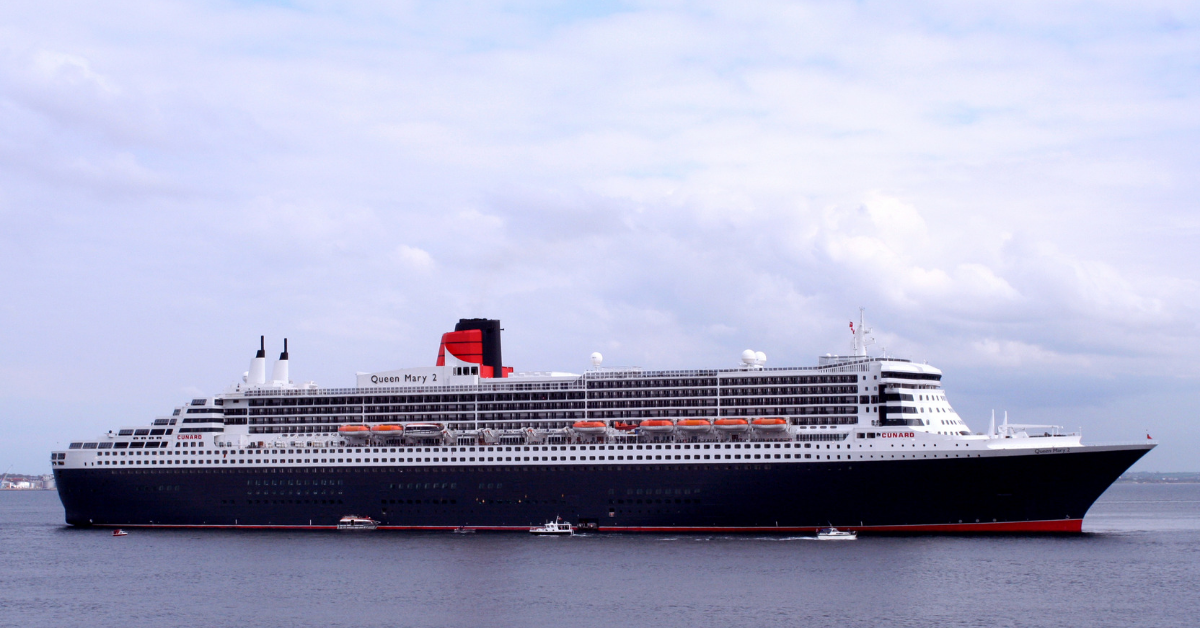 Cunard’s award-winning Insights Enrichment Programme invites guest speakers, experts, historians, journalists, celebrities, and many more to talk about a variety of topics. They have had a NASA astronaut talk about space exploration, an expert on Jack the Ripper’s victims, a top journalist on how he gets his scoops, and a fashion designer who presented his creations in a runway show. Even QM2’s sommelier offers tutored wine tastings during the trip. And since they’re all on board, you can chat and ask questions when you run into them.

Aside from Cunard’s version of TED Talks, the QM2 also has a golf simulator, a 3D cinema, paddle tennis courts, acting workshops, yoga classes, and a nightclub with ‘70s and ’80s theme parties. Who knew a trip on an ocean liner can be so enriching?

A trip for your taste buds

There are several dining experiences on the QM2, from the egalitarian to the exclusive. The majority get to dine at the spectacular grand Britannia restaurant or a la carte at Deck 8’s The Verandah. The smaller, restricted dining areas are the Britannia Club, the Princess Grill, and at the pinnacle, the private Queens Grill. 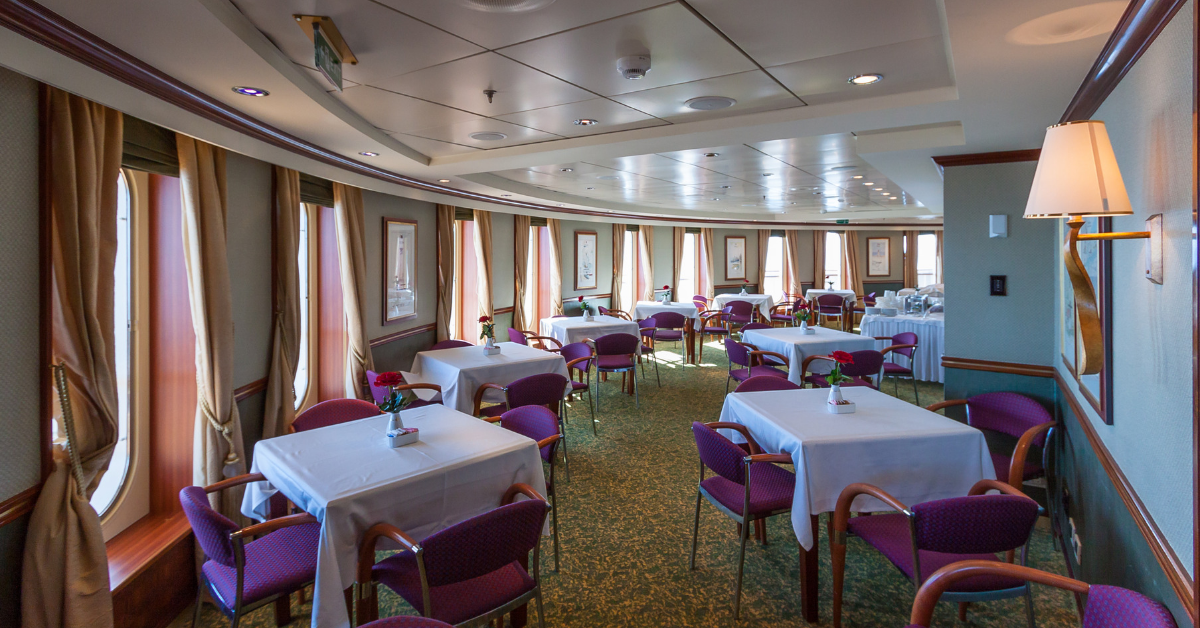 The Princess Grill Restaurant on the QM2 is the home of silver service and fine dining.

Fancy a drink? There are many options for you to sip champagne or just chug down a beer. Some of the more popular bars, pubs, and lounges in QM2 include The Golden Lion Pub (Deck 2), Champagne Bar (Deck 3), Sir Samuels (wine bar on Deck 3), Terrace Bar (pool bar on Deck 8), Regatta Bar (pool bar on Deck 13), and Carinthia Lounge (Deck 7).

Every day, guests can participate in the very British tradition of afternoon tea, which is served in the ballroom. You can enjoy the house blend tea along with warm scones, sandwiches, or small cakes, while a live string quartet serenades you.

Although you can wear casual clothing throughout the voyage, evenings are a formal affair for most dining areas on the QM2 (except for the buffet, nightclub, and one lounge). Many guests have noted that they end up appreciating the formal evenings. The producers and studio behind The Greatest Showman chose to premiere the movie on board QM2 because she is the epitome of elegance and showmanship.

An adventure with like-minded people

A transatlantic trip on board the QM2 is always an adventure. You get to hobnob with an international cast of characters for seven days. Sit down and strike up a conversation with anyone. Who knows, it may be the start of a great friendship.

A trip on the Queen Mary 2 is like a tour with Wheel & Anchor. You go on a trip with like-minded travellers who relish taking the time to stop and enjoy the moment, instead of rushing from one itinerary to another. You get to truly experience the places and know the people you encounter. Sign up and join our community, so we can connect with you and share your passion for travel.

Read more: Misconceptions about Queen Mary 2 and the Cunard Line