The gates to Britain float on a bed of golden fog. It’s just a few minutes past dawn, and the low sun is turning the sea into a sheet of hammered fire in our wake - but ahead, the distant coastline of Kent, England’s most south-easterly county, is mainly in shadow.

Mainly, but not all. A brilliant scratch of white is appearing above the top of the morning mist. A glowing cliff of chalk, its base hidden in low cloud. It’s like we’re approaching the ghostly shoreline of somewhere beyond the edge of the world.

The deck of the ferry is packed, even at this appalling hour of the morning. Everyone around me is transfixed by this gorgeous sight. Even with our analytical 21st-Century minds at work, it’s still enough to bewitch us.

What must other seaward visitors have thought on mornings like this, a thousand, two thousand, five thousand years ago? 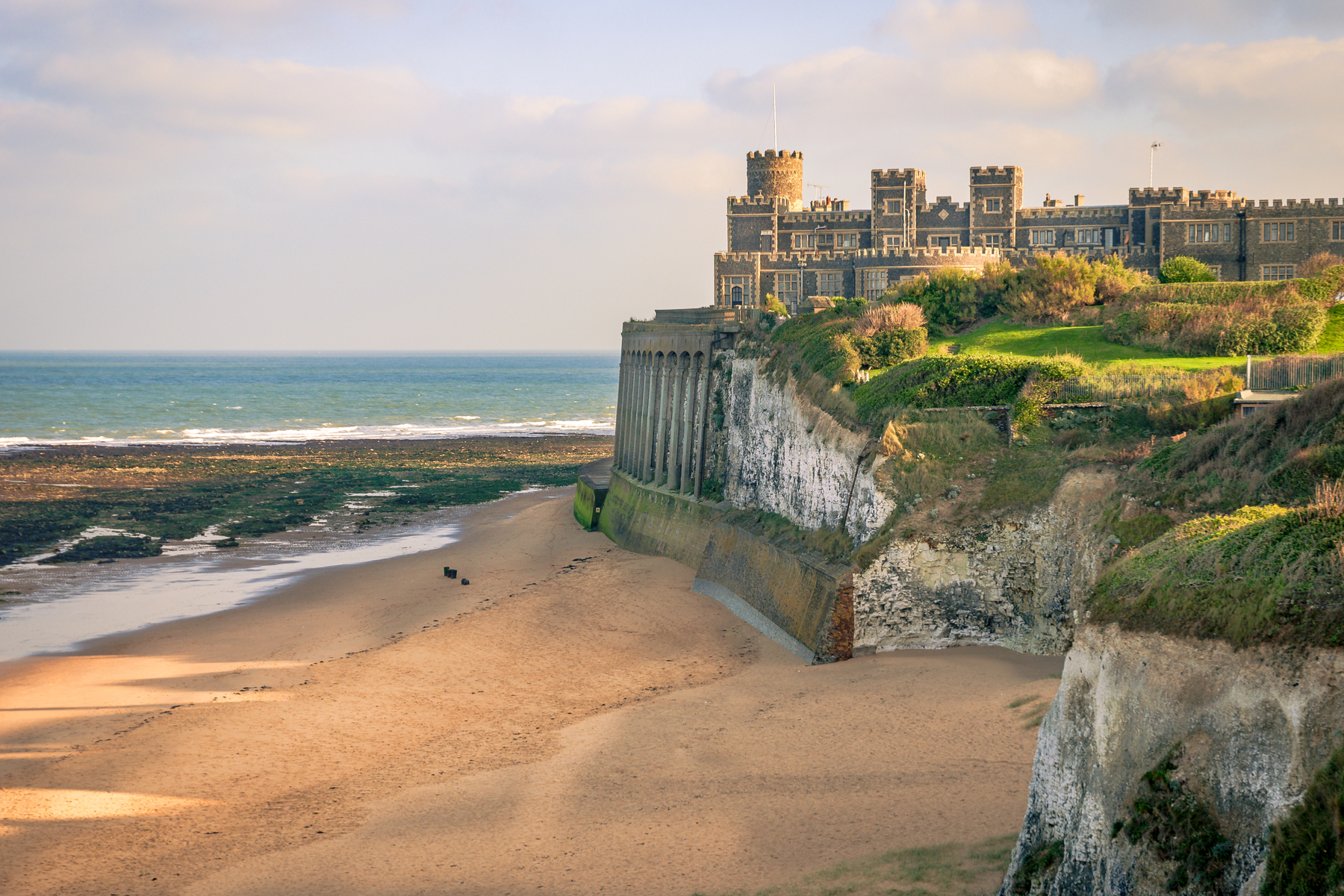 Throughout history, invaders have done their best to conquer this ancient coastline, entry-point to the British Isles by way of being their closest point to Europe. Stand on the sometimes-ghostly White Cliffs of Dover and look east and a little south, and 20 miles away you’ll see the alabaster cliffs of Normandy, made of exactly the same type of rock.

Half a million years ago, the Strait of Dover was solid land, high above the waterline - and England was locked under towering ice. Then, one day, that ice cracked, and a glacial lake emptied itself in a flood that can only be described as biblical - a million cubic metres of water per second, scouring a deep trench through this land-bridge.

Today we call it the English Channel.

Julius Caesar’s army wasn’t the first to cross the Channel, but it was the earliest invasion to be recorded. To his eyes, this really was the edge of the world. To hammer it home, his first sight of Kent included massed forces of mysterious, savage-looking warriors lining the cliffs of Dover. He sailed on in search of a safer landing - and the warriors kept pace. When he finally landed, somewhere near modern-day Walmer, a brutal battle waited for him in the shallows.

A thousand years later, William of Normandy fared rather better. His invasion and subsequent reign in England lasted 20 years (1066 - 1087), only ending with his death. Yet the people of Kent dug their heels in and waited for the right moment to expel the invaders - their motto being Invicta, “unconquered”, which you’ll hear to this day.

The Spanish did their best with their invasion fleet of 1588, but were defeated by English ships and the Channel’s foul weather. Napoleon blustered and threatened between 1803 and 1805, but did nothing.

Hitler’s army sparred with the British RAF in the Battle of Britain, largely fought in the skies above Kent in late 1940, and originally meant to be the prelude to a German attack via the sea, before England’s pilots proved to be a lot tougher than expected.

It’s a little strange to think of this soft, handsome landscape of rolling hills and tree-lined back roads as a first line of defense against raiders and settlers.

Around a third of the county is designated as two separate national scenic areas of exceptional beauty: the chalk hills of the North Downs, which run all the way to the White Cliffs, and the High Weald, a huge patchwork of villages, fields and woods that looks like every visitor’s romantic dream of rural England. 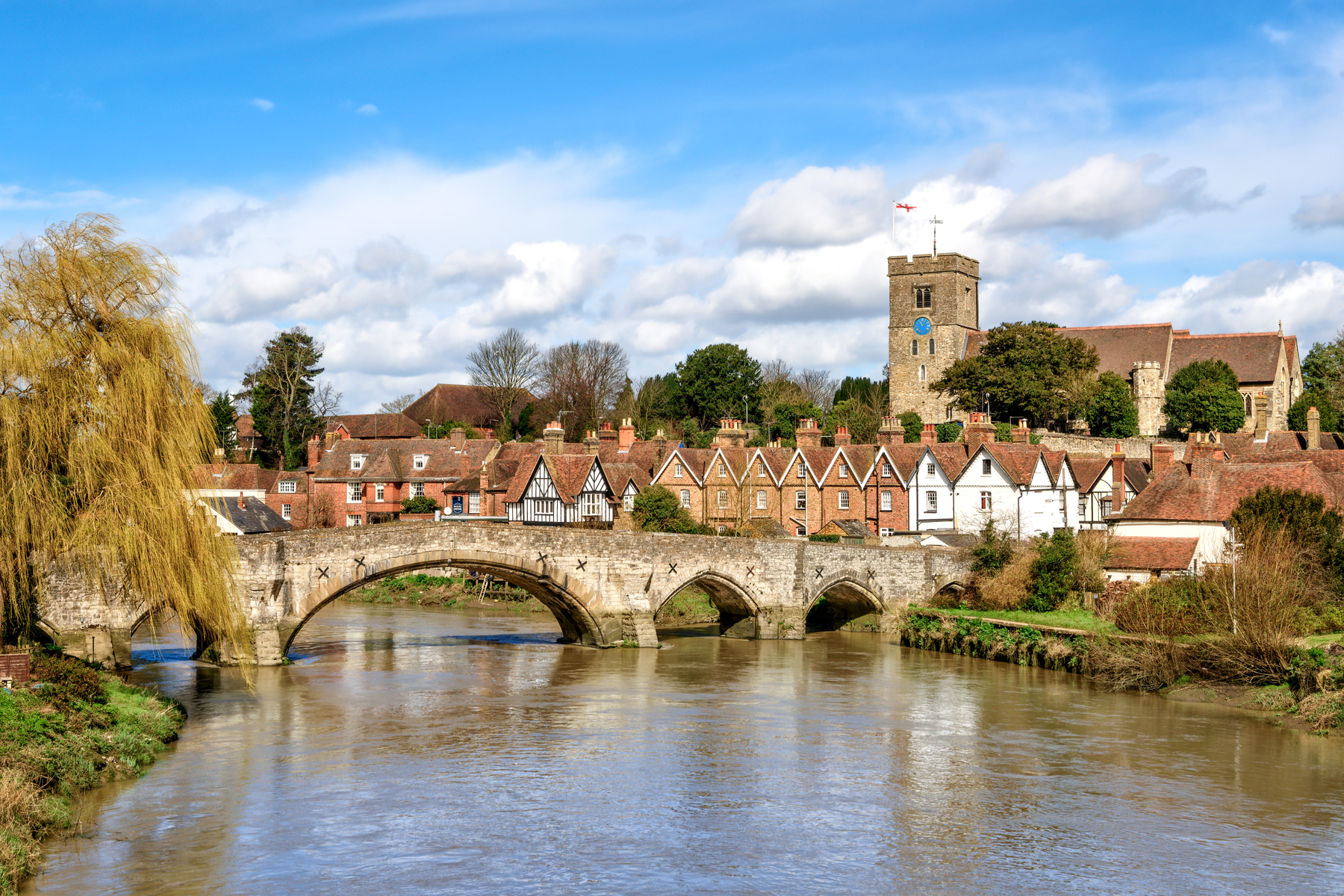 View of Aylesford village in Kent

Inland, the historic city (and UNESCO World Heritage site) of Canterbury is jaw-droppingly lovely, as millions of tourists every year will attest.

Its 1,500-year-old cathedral, rebuilt into its current form during William’s occupation, is one of the most celebrated in Europe.

Thirty miles to the west, the river-threaded town of Maidstone has a rich history defined by its agricultural trading network, back when Kent was nicknamed the “Garden Of England”. There are stately homes to explore, castles galore, and every geographical excuse to grab a bicycle and get pedalling.

However, it always seems to come back to the coast.

You could visit Folkestone, a picturesque port town that was retrofitted in the 19th Century to create a first line of defence against a French invasion fleet - and now operates as the UK end of the Channel Tunnel, running 250 feet below the sea all the way to Calais. (More recently, the town was the dramatic focus of BBC Radio’s celebrated First World War drama “Home Front”, recently concluded after 4 years and 561 episodes.)

There are the jaunty seaside resorts or Margate, Ramsgate and Sandwich, complete with ice-creams, donkey rides, coastal paths and scores of fish’n’chip shops, each claiming to be ‘The Original Authentic Experience, As Seen In...’

But if you’re looking for an impressive reminder of Kent’s legendary spirit of resistance, head to the town of Deal, just a few miles short of Dover and almost at the narrowest point in the Channel. It’s the perfect place to build a castle, and sure enough, there one is - but you won’t find anything like it anywhere else in Britain.

Deal Castle doesn’t soar into the sky in a series of dramatic right-angles, in the traditional Norman style. It’s low to the ground, and as you approach, you might think it’s round.

Then another curving wall appears - and another. It’s a baffling shape, hard to gauge in person - and it’s only a bird’s eye view that brings its architecture into focus: six enormous, crenellated, semicircular bastions clustered around an inner keep, like a set of cogs circling some vast medieval contraption. 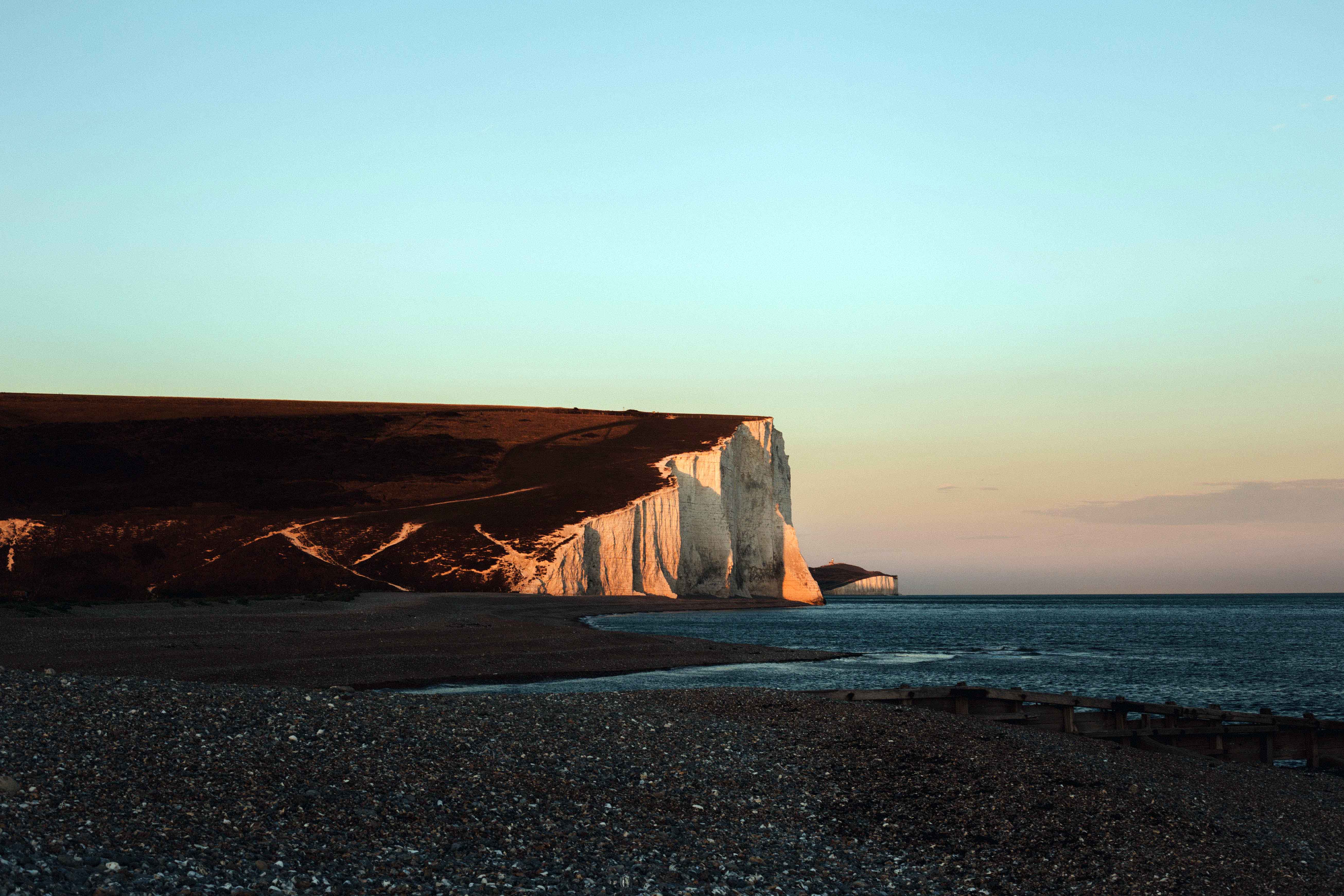 The famed white cliffs of Dover

It’s quite beautiful - but its looks are all about function. Those rounded walls are designed to deflect cannon-fire. Where a squared-off stone wall had to rely on brute strength to absorb the energy of a cannonball, Deal Castle aimed to bat them to one side (while still presenting sturdy stone walls that are almost 5 metres thick).

That was the aim, anyway. In practice, the castle required too many guns, presented too much of a wide profile to a seaward attack, and quickly suffered from storm and coastal erosion damage.

Its presence on the coastline acted as a bombastic deterrent, but perhaps luckily, its military effectiveness was never put to the test. Today it’s a highly photogenic tourist attraction maintained by English Heritage, and well worth a visit.

All along the Dover coastline, you can still find the remnants of forts and batteries, built at different times over the last half-century and in varying states of repair.

But really, they’re not needed. Those cliffs and that sea channel have kept Kent (and England) secure for thousands of years, and even though modern history has weathered that neighbourly enmity into something friendlier and more cooperative, it’s still a nice symbol for the British to fall back on when they’re feeling unsure of their own power to endure.

Come, those cliffs still say. We like visitors. Just don’t try anything, okay?