Why Australia Loves Life On The Edge

Most of us, at some point in our lives, have had a meaningful relationship with a tree.

Perhaps it’s the lithe elm outside our office window that reminds us of the great outdoors when all we see inside is glowing screens and overflowing paperwork.

Maybe it’s that muscular oak on the corner where we first met with someone special. Maybe it’s a jaunty sweet gum that never fails to lift our spirits, especially when its leaves blaze red against the drab sky of late fall.

View at Adelaide city from the hills at sunset

We all have a tree, and sometimes, when there’s nobody around to hear, we might even find ourselves whispering our thanks as we walk past.

In 2018, the inhabitants of Melbourne, Australia, went one better. When the city council’s Urban Forest scheme launched a couple of years ago, it assigned a special email address to every single tree in the city, so people could report problems and flag up vandalism. Instead, the trees started getting letters from the public:

How’s it going? I walk past you each day at uni, it’s really great to see you out in the sun now that the scaffolding is down around Building 100. Hope it all goes well with the photosynthesis.

Then the emails started arriving from further afield:

This is not a report on your well-being, in case someone reading this is looking for issues they need to fix. This is simply a letter to a tree, because I would like someone new to talk to, a stranger, and what better stranger to pick than a tree who lives across the world?”

The story spread - and now the project’s tree-tailored Inboxes have received thousands of letters from around the world. 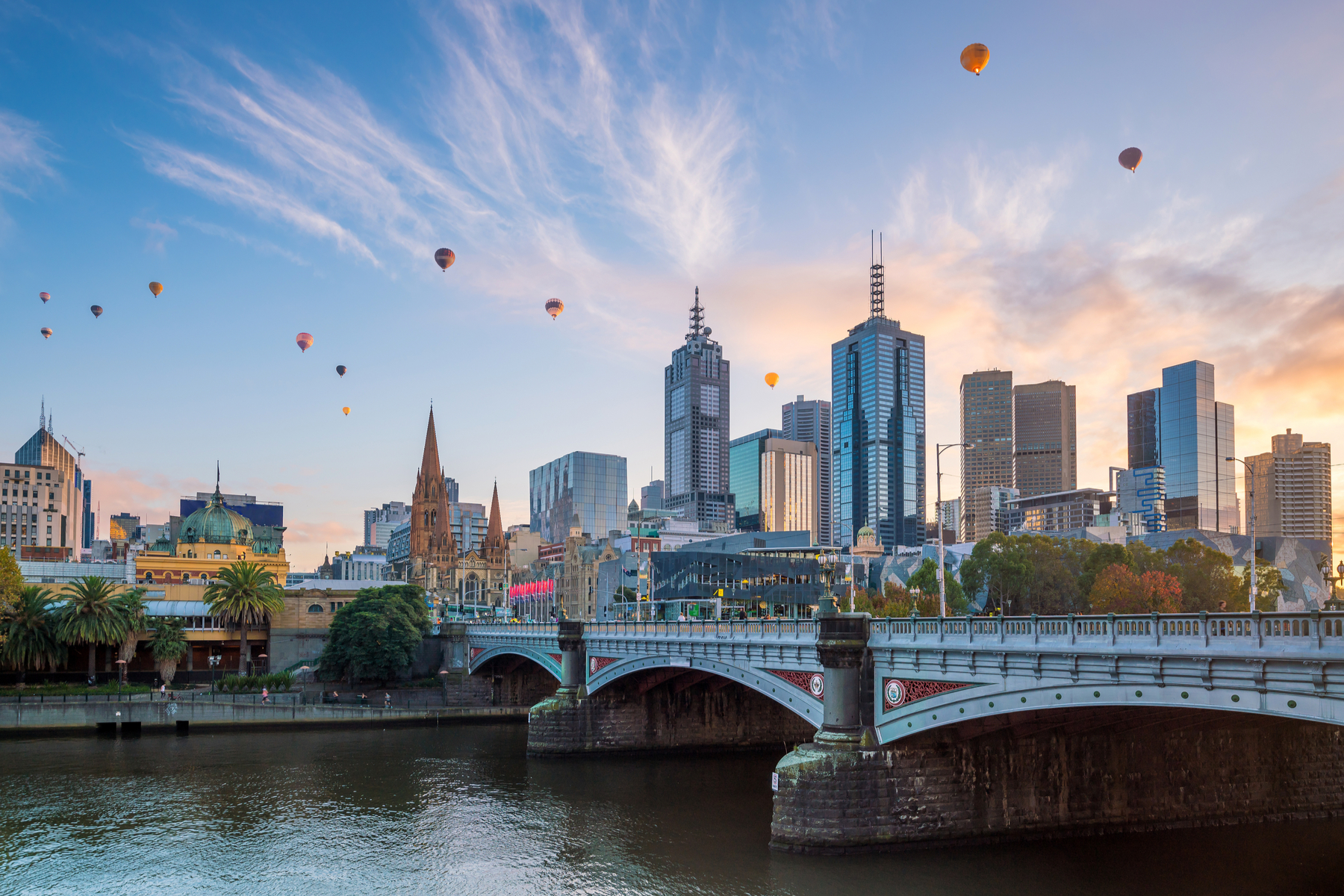 In one sense, well, that’s Australia for you - a place whose European colonists imported a lovably daft and irreverent outlook on life (and a love of bending the rules). But it could also be seen as an Australian commentary on trees, and indeed life itself - how precious it is, how worth preserving, and how unsuited it can be to the environmental rigours of this often fierce continent.

There are around 147 million hectares of native forest in Australia. That sounds like a lot. Pretty much anywhere else in the world, it is a lot. But that’s less than a fifth of Australia’s land area, and all those forests always hug the coasts, never the interior, where it’s too dry, too hot - too everything.

In the trees, Australians can see themselves - clinging to the fringes of things, but doing it so successfully that it’s worth celebrating.

In 2011, the Australian Bureau of Statistics created a population map of the whole country. Each grid square mapped the number of people per square kilometer. The lowest two densities were “less than 500”, markled with white, and “no population”, marked with grey.

The result, as you can see here, is startling, In 2018, apart from a light dusting of people along the east, southeast and southwest coast, Australia looks completely empty. 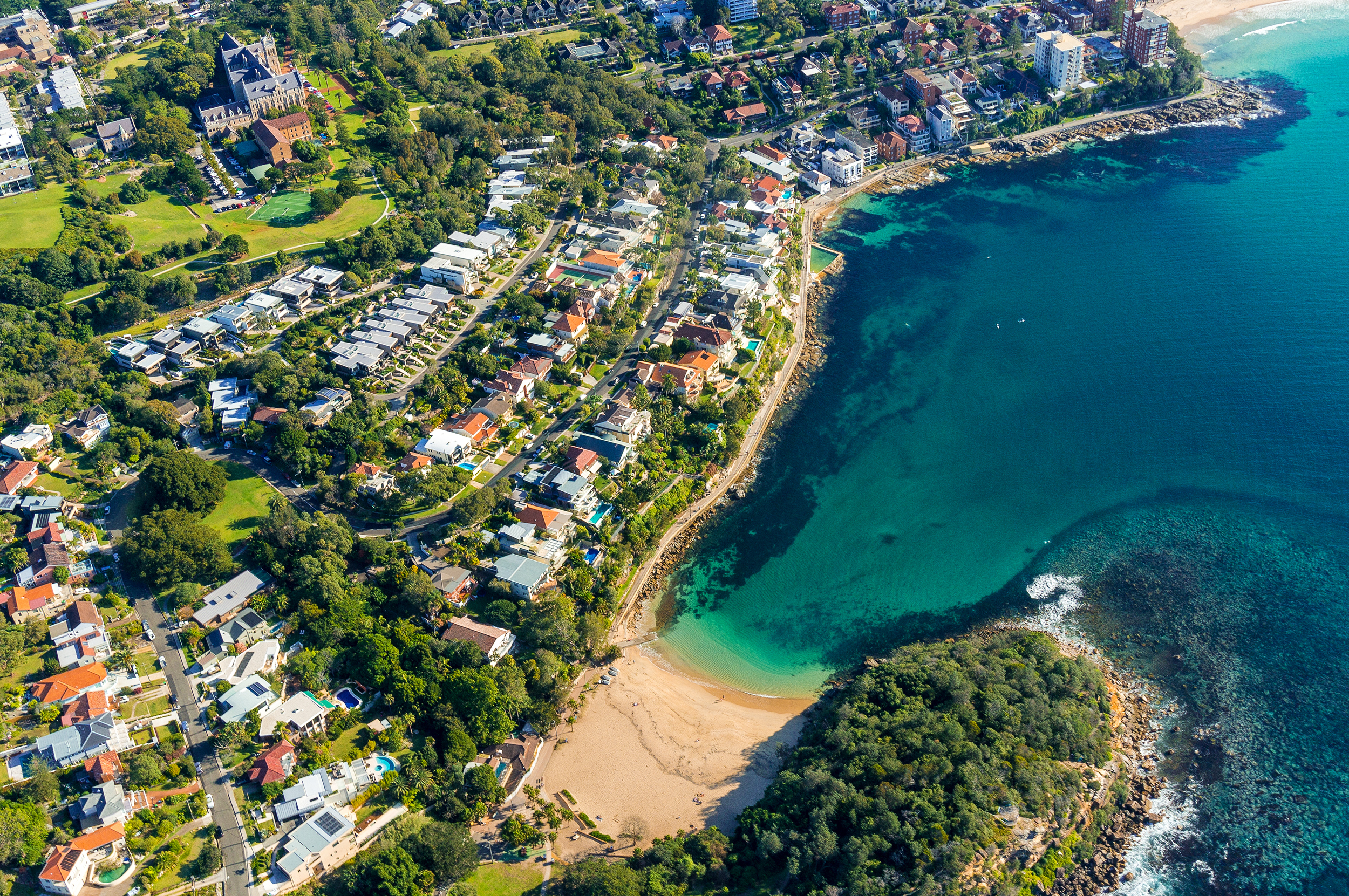 View on Sydney harbourside suburb from above.

There are 25 million people in Australia, most of them clustered in the “big five” cities (Sydney, Melbourne, Brisbane, Perth, Adelaide) along the coast, well-positioned to take advantage of the country’s famously spectacular beaches, of which there are over 10,000.

25 million is a lot of people for the South Pacific. It’s equivalent to nearly half the population of the UK, which created the Commonwealth that Australia belongs to - except Australia is a whopping 34 times bigger than Britain. If its average population density was the same as England, Australia would contain 3 billion people.

Instead, it’s the Canada of the Southern hemisphere, containing vast amounts of remote, empty land with weather that’s too inclement for long-term settlement.

The parallels don’t stop there: both countries have populations lined against the fringes of their territories, they’re comparably sized (Canada is a little bigger in both area and population) and the distance from Sydney to Perth is within a few hundred kilometers of the gap between Toronto and Vancouver.

They’re both colonies of Britain that use English as a primary language. They both have something of a love/hate relationship with both the UK and the US. They’re proudly outdoorsy, economically reliant on mining, and have federal governments with welfare systems that wouldn’t look out of place in Europe.

It’s not hard to keep drawing parallels like this - and at least they help to hammer home the utter weirdness of Australia’s position in the world considering its current dominant cultural focus.

The Australians who know the country best (and who mastered life in the interior) are the indigenous peoples who can trace their roots back at least 60,000 years, probably further, and now make up around 800,000 of the country’s population. The rest arrived from overseas, and even today, around half the population is made from first or second generation immigrants.

But shift your gaze away from the sea, and the people quickly disappear. There’s a scatter of folk at Alice Springs (24,000 at the last count), at almost the exact geographical centre of the country.

From here, National Highway 87 will take you north to Darwin or south to Adelaide - and each is around 1,500km away, days and days of driving through beautiful, wild, sometimes terrifyingly desolate Outback.

However you look at it, Australia is spectacularly human-free. It’s even possibly to argue it’s a country primarily occupied by sheep - over 75 million, three times as many as its human population (beaten only by China’s 175 million sheep - except there’s China’s 1.4 billion people to counterbalance things there).

If you’re like most visitors, you’ll only see the edge of Australia - as if you’re visiting its bigger, vastly colder neighbour to the extreme south. You’ll explore its colourful, multicultural city life, you might plunge into the sea or soak up the sun on the beach, and you’ll probably take a day-trip into “the bush”, which is what Australians call the wild country that’s closest to the inhabited coastal regions. You may even send a love-letter to a tree while you’re there...

But you’ll only cross the threshold of Australia’s immense presence. That’s what most visitors ever do, and many Australians too, and it’s totally normal. It’s just too big and too empty, and everything else is just too far away. Why bother going deeper, when the fringes are so much fun? No worries, mate. Take it easy. That’s the Australian way.