Around 15 million people visit England’s Lake District in Cumbria county every year. Many locals travel to this part of Northwest England to enjoy its fabulous lakes, the surrounding verdant valleys, and the many attractions in this charming region. It’s one of the UK’s most popular national parks, and it will continue to be, especially since it was recently declared a UNESCO World Heritage Site.

Here are a few good reasons to visit now.

Its splendid scenery has inspired many literary giants

Whether William Wordsworth, Beatrix Potter, John Ruskin, and other literary geniuses were inspired by the uneven yet extraordinary terrain or the crystal-clear waters of any of its 16 lakes, it’s hard to know. What’s certain is that they never left this part of Cumbria without translating their experience into literature. 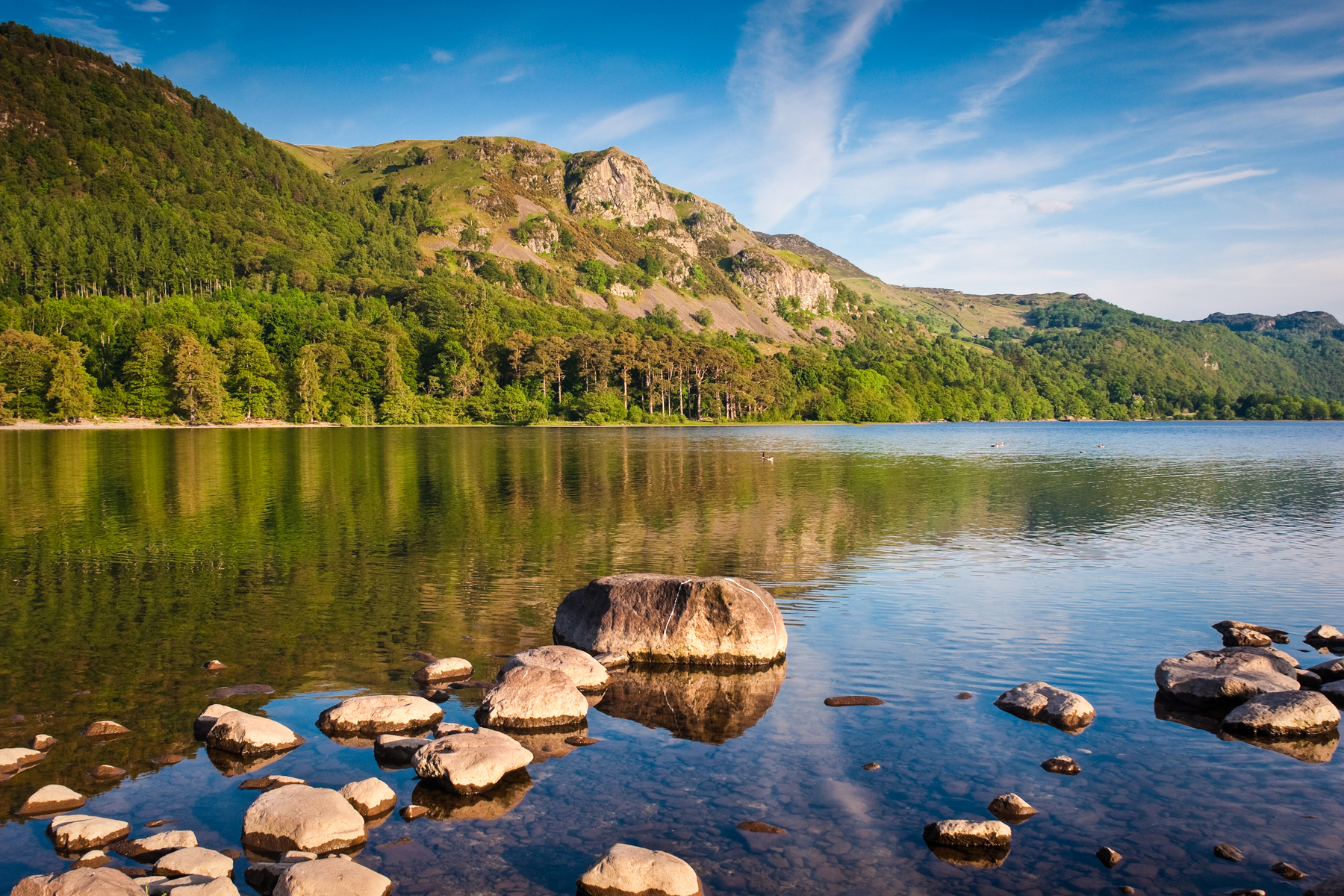 The Hill Top draws huge crowds in Lakeland for several reasons: It has scenic landscapes, tranquil surroundings, and it’s where Peter Rabbit came to life. Little wonder Beatrix Potter, the children’s book author, illustrator, and creator of some of literature’s most unforgettable characters, chose this place to create her masterpieces and spend the rest of her days.

But Miss Potter was not the only writer enthralled by the Lakes. Rydal Mount in Ambleside was the sanctuary of famed poet William Wordsworth from 1813 until 1850, and is where his family lives to this day. Its romantic atmosphere, lush greenery, and wide-open spaces are what moved the poet to set up home in this part of the region overlooking Lake Windermere and its surrounding fells.

Although you can’t do more than take a stroll around the gardens of Mr. Wordsworth’s idyllic former home, visiting the Rydal Mount and its fabulous gardens will give you a glimpse into the kind of environment that allowed him to write enduring verses that have cast a spell on readers of his poetry.

See the tallest peaks and other spectacular scenery

If you think Lakeland is worth visiting only for its literary trails, you’d be pleasantly surprised to know that the Lake District National Park has actually so much more to offer. And at 885 square miles, there’s plenty of ground to cover. It’s the UK’s most visited national park, and you certainly can’t avoid it if you’re going to this region. 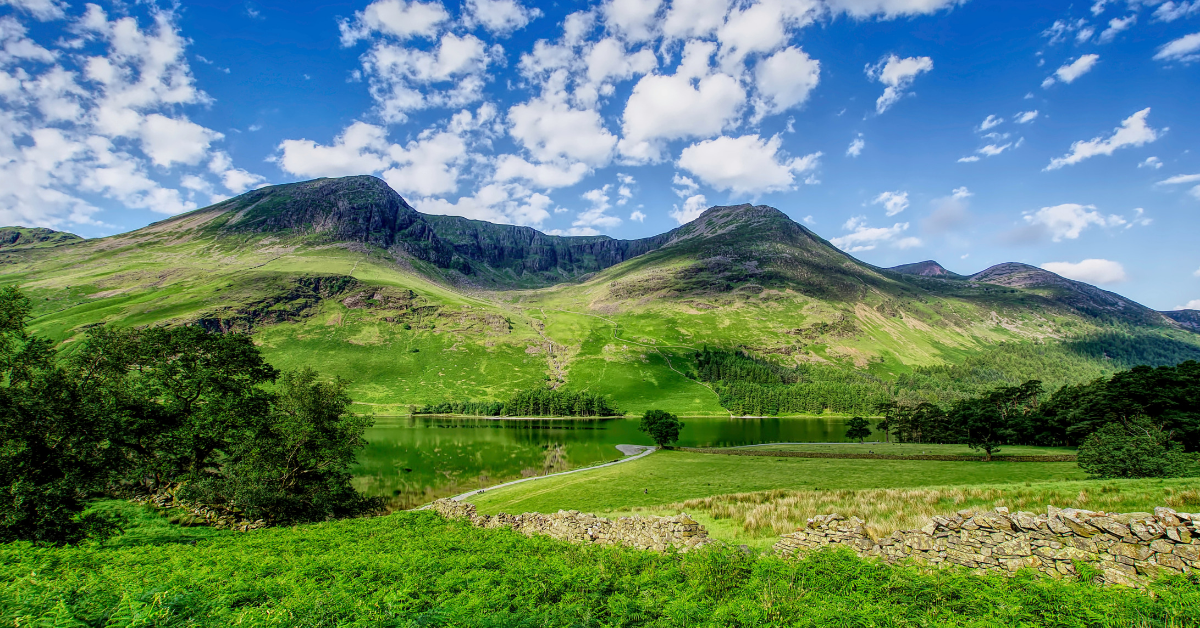 Established as a park in 1951, the Lake District National Park is a truly magnificent estate that can be explored on foot, by car, bus, or bike. It’s sprawling so you may need a few days to enjoy the scenic roads, including the stunning Newlands Valley. Take a walking tour around the quiet valley and its nearby ridges and fells — particularly Causey Pike, Barrow, Robinson, and Maiden Moor. Interesting fact: Beatrix Potter took inspiration and set some of her stories from some landscapes within the Newlands Valley.

Be surrounded by sparkling blue lakes

From the town of Kendal in Lake District National Park, you can take the train going to Windermere, where England’s largest natural lake is located. You can tell the place is popular from the huge crowds. Go on a lake cruise or stroll in the nearby towns and villages, including Waterhead, Bowness-on-Windermere, and Ambleside, which is a favorite among walkers, climbers, and those who are fond of luxuriating in a slow-moving leisure boat.

And if you don’t mind seeing only the second largest lake in England, Ullswater and its surrounding areas also offer treats to those who enjoy hikes, walks, and boat rides. When William Wordsworth wrote the enduring line of poetry about wandering lonely as a cloud, he may have been inspired by Ullswater and its surrounds, including the 16th-century charms of Pooley Bridge, the majestic Falls of Aira, and the magnificent Helvellyn mountain.

Indulge in adventure and relaxation

Climbing some of England’s highest peaks, including the Scafell Pike (the highest) and Helvellyn, may be too challenging for those who want minimal exertion while on holiday. That said, seeing the Wastwater Lake from atop Helvellyn is an incomparable experience. If that sounds too taxing, you could simply take walking trails, which offer its own set of challenges — picking one or two trails may not be enough as there are plenty to choose from. 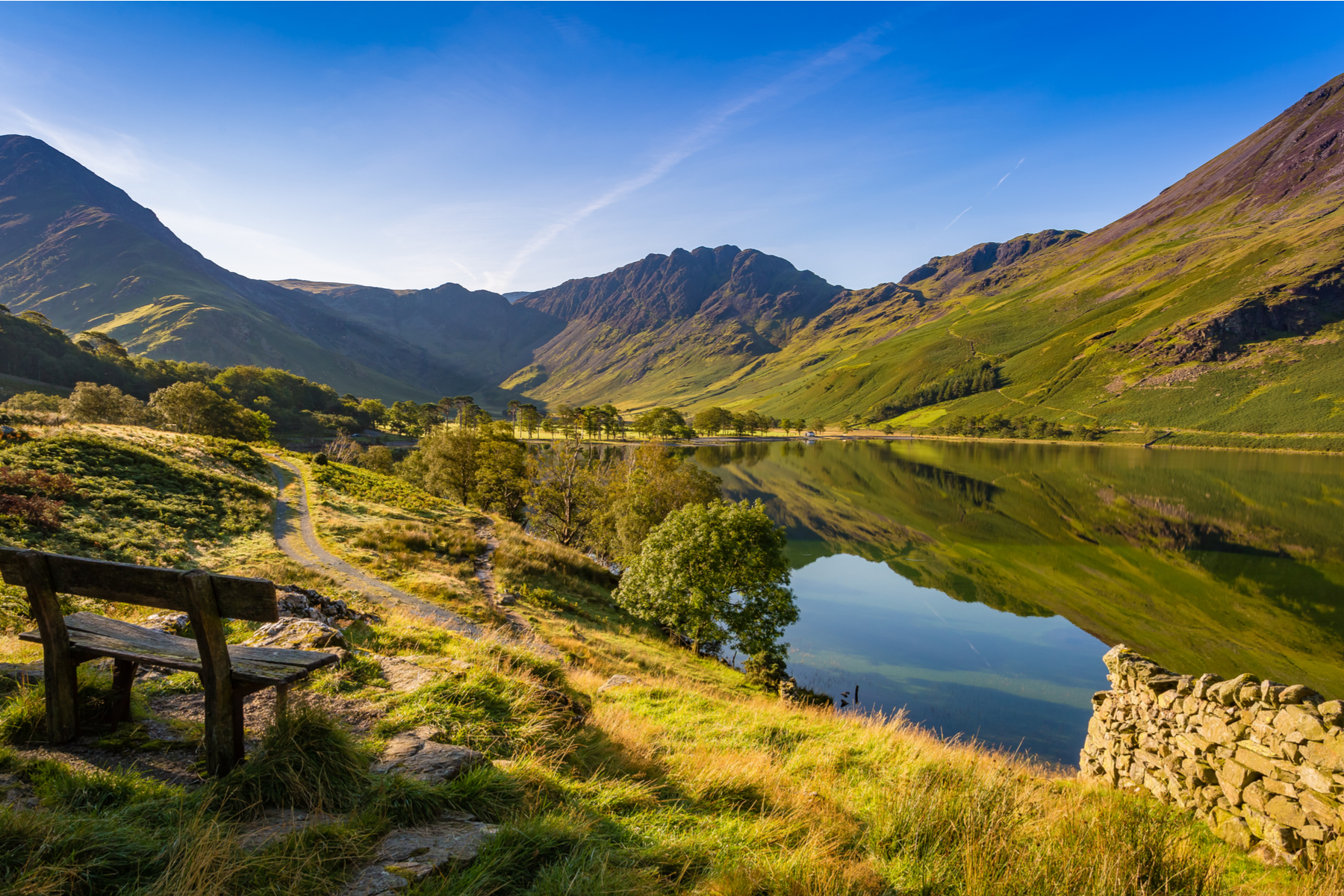 There’s the 5-mile Buttermere trail, offering breathtaking mountain views from all angles. Be fascinated with landmarks such as the Castlerigg stone circle — one of England’s oldest collection of stone circles — all while surrounded by an endless sea of grassy hills. And you can explore the lakes either on foot via walking trails on the shore or on a boat via a lake cruise, which is still one of the best ways to admire the district's stunning lakes.

On the other hand, mountain biking and other adventure activities await. For example, the Hollister Slate Mine in Honister Pass in Keswick doesn’t offer quite the same attractions and thrills as the UK’s other major cities. But therein lies its beauty. The Hollister Slate Mine is one of the last remaining slate mines in England, and taking a tour in and around it is undoubtedly one of the most unique experiences you’ll ever have.

The Lake District is one of England’s most exciting destinations, and there’s so much to see and do in this vast verdure. Whether you’re an admirer of nature or a more outgoing and adventurous type, Lake District has something in store that will make your trip to England one for the books. Travel with a group of like-minded adventurers to make sure you tick all the boxes in your trip to the Lakes. Join us today — email us at info@wheelandanchor.co or call us at 888-247-1480.