Exploring Scotland’s Western Isles: From The Remote To The Ridiculous

When a visitor to Scotland says they want to do the “highlands and islands”, it usually means they want to hear northwest from Edinburgh, taking a ride through the remote glens (valleys) and mountain passes of the rugged northwest of Scotland, and finally crossing by bridge or ferry onto one or more of the enormous islands that fan out from the country’s jagged western coastline.

If you’re joining us in 2023 for 5x5 Castles of Ireland & Scotland, we’re charting a course right through this fascinating island chain, and you’ll get a proper eyeful of the best it has to offer - which is an awful lot. 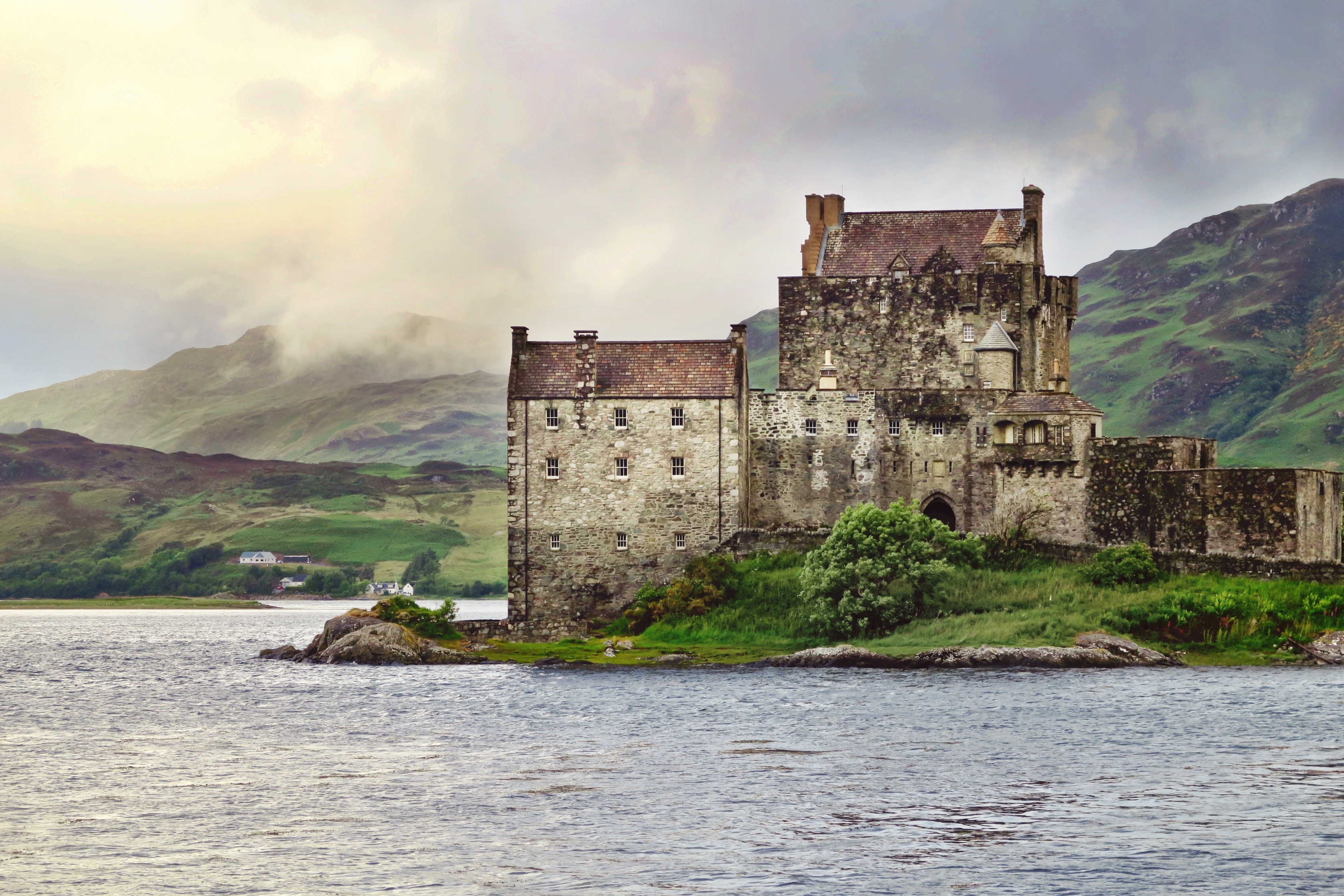 But the Western Isles is also where Scotland disappears under the waves of the North Atlantic - and it does so in three distinct stages, each more hauntingly remote than the last.

Identifying an island on this side of the country is not the easiest of tasks, since the entire coastline seems to be fraying into rocky tatters and it’s hard to see which are still tethered to the mainland.

However, if you grab a map and run your finger down the coast from Skye to Islay, you’ve traversed the 79 islands of the Inner Hebrides (35 of which are occupied by a total of 18,900 people).

Of them all, Skye gets the lion’s share of the attention - for good reason. It’s where most of the people are (around 10,000), it’s where the land rears skywards most dramatically in the jagged Cuillin Hills, and softens at their fringes into vividly-hued moorland - and it’s where most tourists head at the end of their journey across the highlands.

It’s also the most accessible side of the Western Isles, with a road-bridge to the mainland and an always welcoming air, but even so, you’d be advised to carry a raincoat at all times, since the skies above Skye can turn on a dime.

The largest islands of the Inner Hebrides are famous for their whisky, and Skye is no exception - the Talisker distillery has been quietly producing one of the finest single malts in the world since 1830, and its visitor centre is well worth a visit. 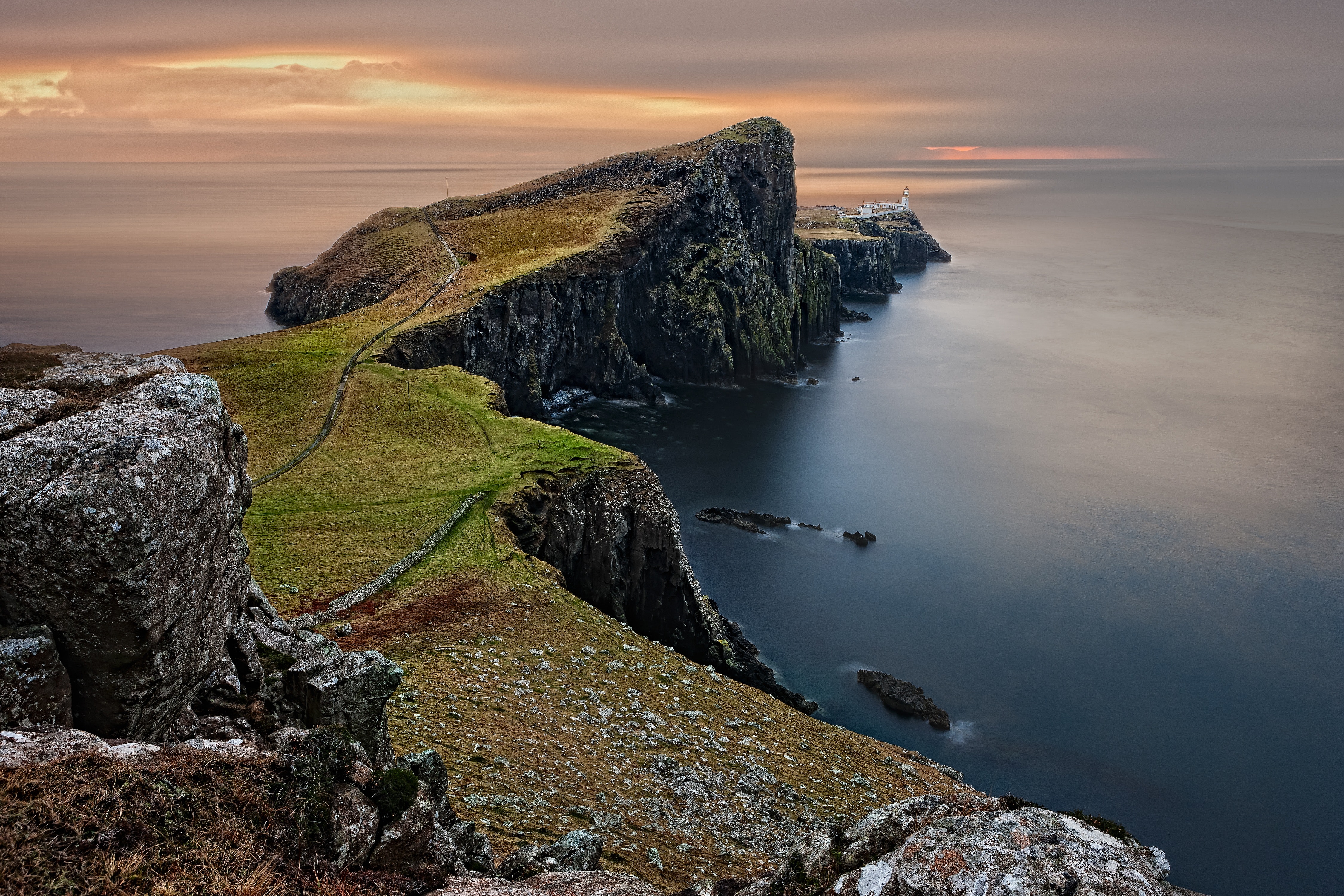 The rest of these islands follow a recurring pattern of large land masses surrounded by crumb-like scatters of tinier landfalls. There’s Mull, like a greener, more sculpted version of Skye with some of the air let out of its interior (and a picture-postcard main town of just a thousand people).

There’s Islay, another famous name in the whisky-making world, a landscape of beautiful coastline and waterlogged inland heaths. There’s Tiree, low and rolling and edged in sandy beaches that never seem to end.

That’s the Inner Hebrides. Nobody gets around it in a weekend, so if your visit is fleeting, make the most of where you are and leave the rest for next time, where it belongs.

Now take yourself back to that map, and trace your finger westwards. There’s no missing the next landmass along - it looks like the bones of some colossal sea-monster, with a huge head tapering down to a curling tail. Welcome to what the Scots themselves call “the Western Isles” - and what everyone else calls the Outer Hebrides.

That huge “skull” of an island at the top is called Lewis & Harris - the former to the north, the latter to the south, both joined at the middle. Lewis & Harris (as it’s singularly known) is the biggest and most populous island in Scotland, holding over 21,000 people - and it’s a 20 mile, 3 hour ferry ride from the mainland to Lewis’s capital, Stornoway.

This outer island chain is a procession of evocative, alien-sounding names (born from a mixing of Old Norse and Scots Gaelic): North and South Uist, Benbecula, Barra, Scalpay, Baleshire and more. It’s also fantastically nibbled into by the sea - around 24% of Scotland’s freshwater lochs are here, over 7,000 of them cracking these islands apart.

The Outer Hebrideans (or Long Islanders, to take the oldest-known name for these parts) make a living on top of some of the oldest rocks in Europe. You won’t find anything you could rightly call a town once you leave Stornoway behind - it’s a landscape of crofts and cottages in rapidly diminishing numbers as you move south through these islands, using the linking roads laid down in the 20th Century. It’s achingly beautiful, it hints at how fierce things could get up here in the dead of winter - and it certainly feels like the place that Scotland runs out and the sea takes over. 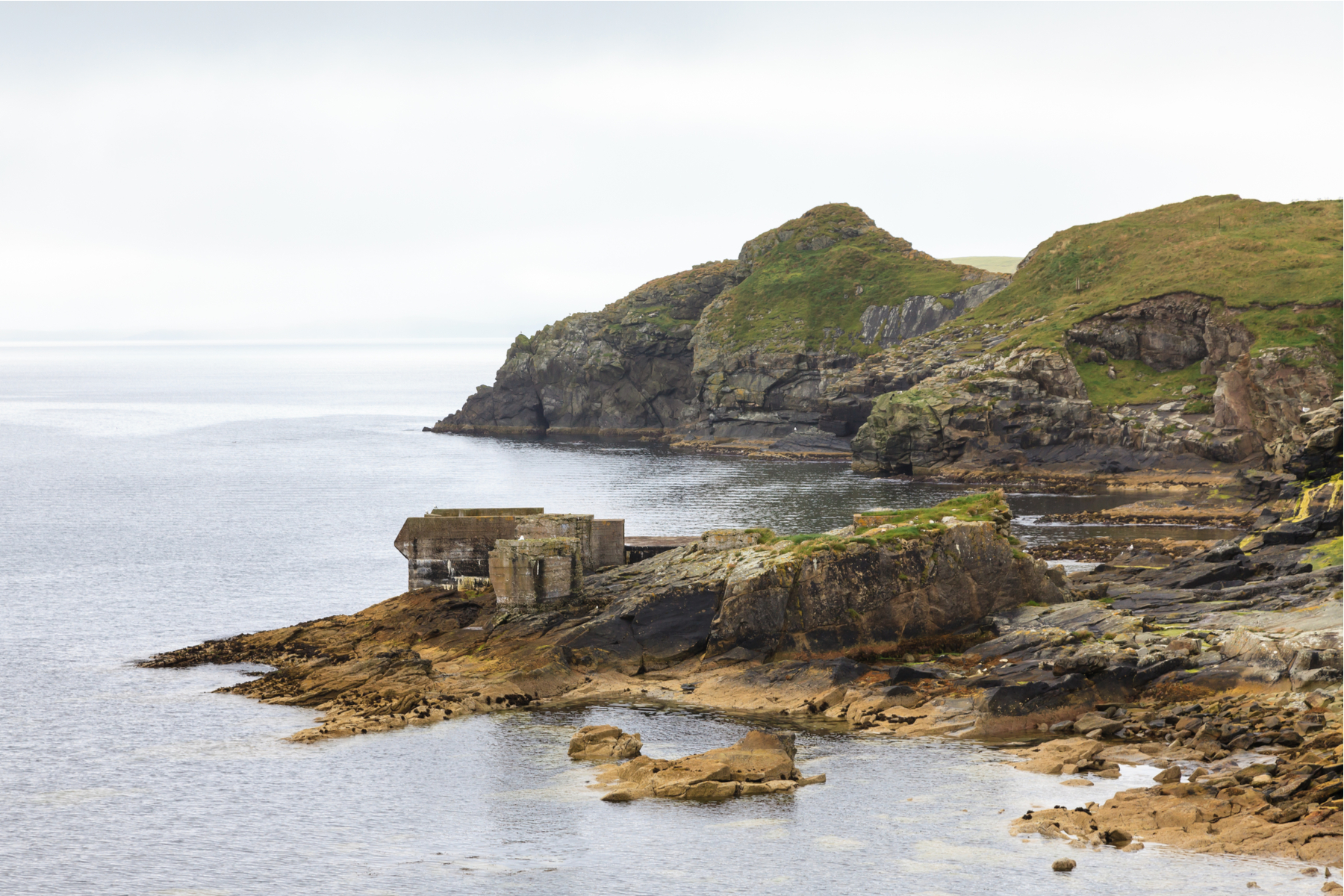 A coastal view toward the Knab in Lerwick. Lerwick is the main port on the Shetland Isles, Scotland

But there’s a whole other level of remoteness to go - and it’s just over the horizon to the far west.

Take an increasingly choppy boat-ride 41 miles west of Benbecula, and you’ll find the extreme Atlantic outpost of St Kilda - a four-island archipelago made of cliffs so bleak and vertiginous that they make your eyes water. Incredibly, the largest isle, Hirta, seems to have been occupied more or less continually from prehistoric times until 1930, when the entire population was evacuated to mainland Scotland after a succession of crop failures.

Today, St Kilda is a profoundly eerie place for visitors, thanks to the hundreds of stone cottages and storage huts that still stand on the main island, slowly falling into disrepair. Yet it’s also a natural wonderland, and so much of a haven for wildlife that it has been designated a World Heritage Site twice over - once for the birds, once for the remnants of human occupation.

The Guardian may have dubbed it “the edge of the world” (or at least of Britain) - but the isles of Scotland have one final card to play. It’s called Rockall - and you’d have to be out of your mind to go there.

For reasons that would be absolutely lost on everyone else, you’d have to head west once more, chugging into the deep ocean where the waves turn to mountains of water (some waves have been recorded at 29 metres tall). And at some point, if you’d plotted your course with the right amount of skill and luck, you’d see...something. Just sticking out of the waves.

Rockall is a 17-metre-tall lump of rock poking above sea level - the tip of a subterranean mountain. There’s no vegetation, no features of any description, and it’s both uninhabited and uninhabitable. Nevertheless, the human spirit for adventure being what it is, there have been many attempts to live on it, culminating in British adventurer Nick Hancock’s solo stay on the rock for 45 days in 2013.

Not quite nutty enough for you? Try this: the British government formally annexed Rockall in 1955 - because they were worried the Russian military might build a spy base on it.