Croatia has been packing in tourists way before fans of HBO’s Game Of Thrones flocked to this republic to visit the locations used in the worldwide hit series.

Located at the crossroads of Central and Southeast Europe, Croatia is a haven for travellers who want some Mediterranean getaway of sun, sand, and heritage sites to see. In fact, Croatia has such a rich history and culture that it now holds the most number of UNESCO Intangible Cultural Heritage items of any European country. 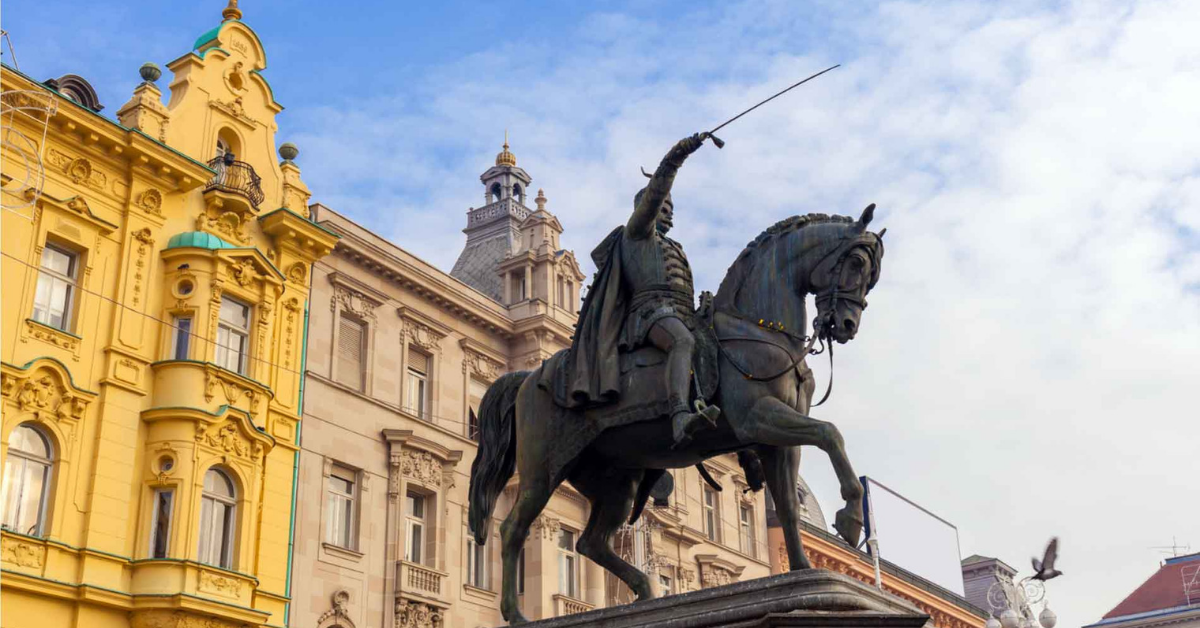 Statue of Josip Jelacic in main square in Zagreb, Croatia.

These Croatian customs and traditions may not all be included in UNESCO’s list, but they go back more than a thousand years. Some have interesting back stories while some are, well, just interestingly strange.

The Feast of St. Blaise, patron of Dubrovnik

The fortified walls protecting Dubrovnik are so massive and impressive, it’s no surprise the town doubles as King’s Landing in GOT. But apparently, walls aren’t the only ones protecting the community. It is said that in 972 AD, Dubrovnik’s patron saint appeared to a local priest more than 650 years after St. Blaise’s death to warn the town of Venetian invaders. 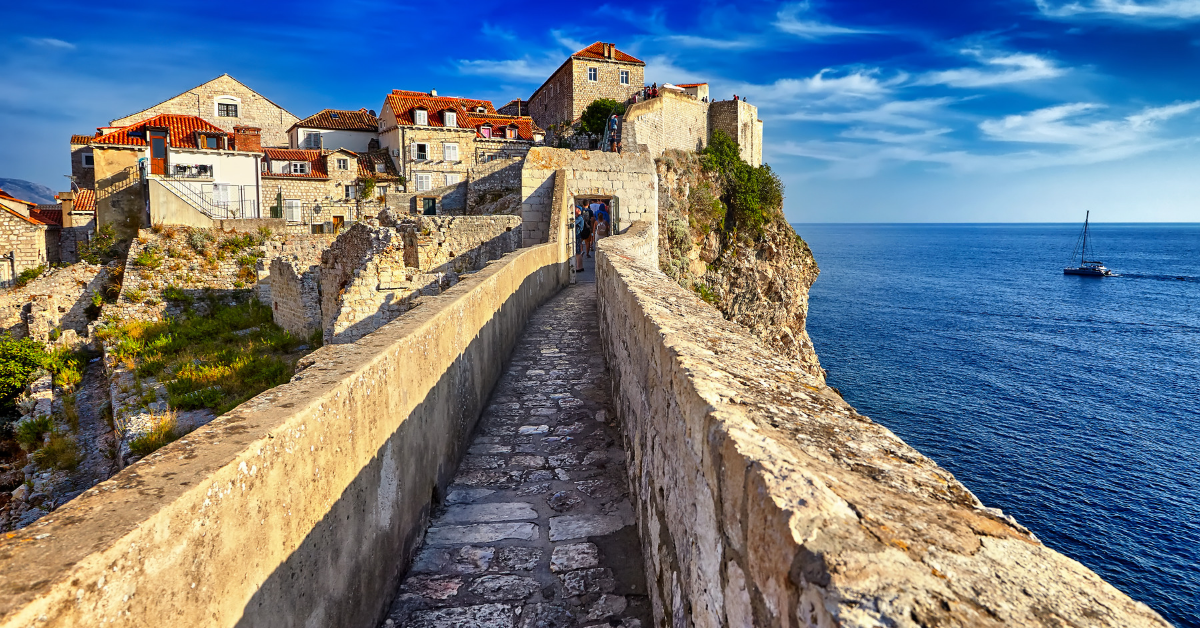 That’s why every year the townspeople of Dubrovnik honor their patron saint with a ritual of blessings and prayers for the coming year. They parade the town wearing traditional costumes and waving banners. Priests take part in the procession by carrying the relics of St. Blaise. Traditional food like macaroni in meat sauce and kroštule doughnuts are served during the feast day. Attracting droves of local and international tourists every year, this festivity was declared an intangible cultural heritage by UNESCO in 2009.

Luck be a gargoyle

When you enter Dubrovnik via Pile Gate, you will see a wall by the entrance to the Franciscan Monastery along the main street. Protruding from the wall at half a metre off the ground is a small gargoyle that looks like the head of an owl. Legend says that if you hop onto the gargoyle’s head, keep your balance, and take off your shirt while still standing facing the wall, you will be lucky in love. The wall above the gargoyle is greasy with the touch of a thousand hands; as luck would have it, the stain is heart-shaped.

The unfortunate Poklad (puppet) of Lastovo

The Poklad carnival is held on the remote island of Lastovo in Southern Dalmatia. The origins of the carnival are part pre-Lenten abandon and part fear of an Ottoman invasion. It involves the making of the Poklad, or puppet, which is a figure of a man wearing a fez hat and smoking a cigarette.

According to legend, after pirates attacked the neighbouring island Korčula, they sent a Turkish messenger to tell the inhabitants of Lastovo to surrender. Instead, the inhabitants prayed to the saints for help, after which a storm destroyed the pirates’ ships. The people of Lastovo caught the Turk, rode him atop a donkey around the village, then sentenced and burned him to death. 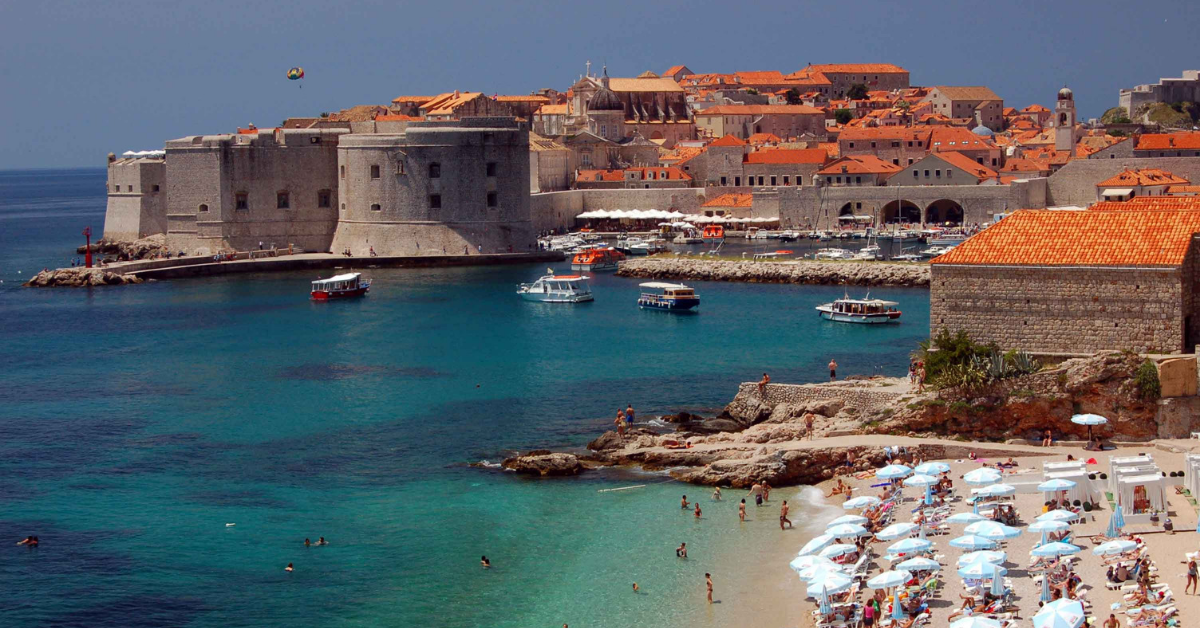 Old town of Korcula on the island in Adriatic sea, Croatia

Every Monday before Lent, they make the Poklad. After parading it around the village, the puppet is strung 300 metres on a nearby hilltop. It is sent sliding down a rope, exploding firecrackers tied to its feet. Sword-bearing villagers catch the Poklad, then they ritually disembowel it. Afterwards, merriment and wild abandon ensue. In medieval times, the carnival became so extreme, authorities had to ban it. Nowadays, the locals take the festivities with a certain level of pride.

The locals along the coast and islands, including Lastovo and Korčul, have lived with the fear of a Turkish invasion for a long time. But in 1571, allied Christian forces stopped an Ottoman invasion into the Mediterranean in the naval Battle of Lepanto.

Since then, Korčulans have commemorated this major defeat of the Turkish armada by dressing up as Moors and Christians and performing a dramatic sabre dance every July 29, the Feast of St. Todor. But fret not if you miss that date; you can still watch tourist-friendly performances of the Moreška Sword Dance all throughout summer.

Leave it to the Croatians to create a summer sporting tradition out of one of their greatest fears — an attack by medieval pirates. Every second weekend of August, this boat marathon attracts thousands of spectators along the banks of the river Neretva to witness around 300 competitors vie for the winning shield and medals. A rowing team of 10 cram themselves into traditional wooden boats that are long, narrow, and shallow. The race starts at the bridge in Metković; the finish line is in the town of Ploče. But the Neretva Boat Marathon is not just a sporting event. For the best partying and feasting, spectators should linger at the start or finish of the race.

Join us for a Croatian tour

Are you itching to experience these and many more? Then join our community at Wheel & Anchor. This June 7–14, 2019, we’ll be travelling to Croatia and Slovenia. Experience an exciting 18-day adventure spent mostly onboard a mega-yacht, as we visit the spectacular sights along the Adriatic Coast.

At Wheel & Anchor, we know that travel is more meaningful when we take time out to stop and fully experience the places we go to, and know better the people living there. Sign up and be a member, so you can get the latest on our upcoming tours and events.