Want To Spend A Night In A Royal Palace? Yes, We’re Asking.

In September of 2023, members of our Palaces of India program will have the opportunity to visit the Indian royal palace. Here’s the background on it.

It’s the early 1920s - and the Indian city of Jodhpur is in deep trouble. Famine is gnawing at the land, as a severe drought stretches onwards. Many local farmers face financial ruin.

Months pass into years with no respite. Conditions are so desperate that some boil tree bark for food. Others leave in search of work elsewhere, with little more than the clothes on their backs. An entire way of life faces annihilation. 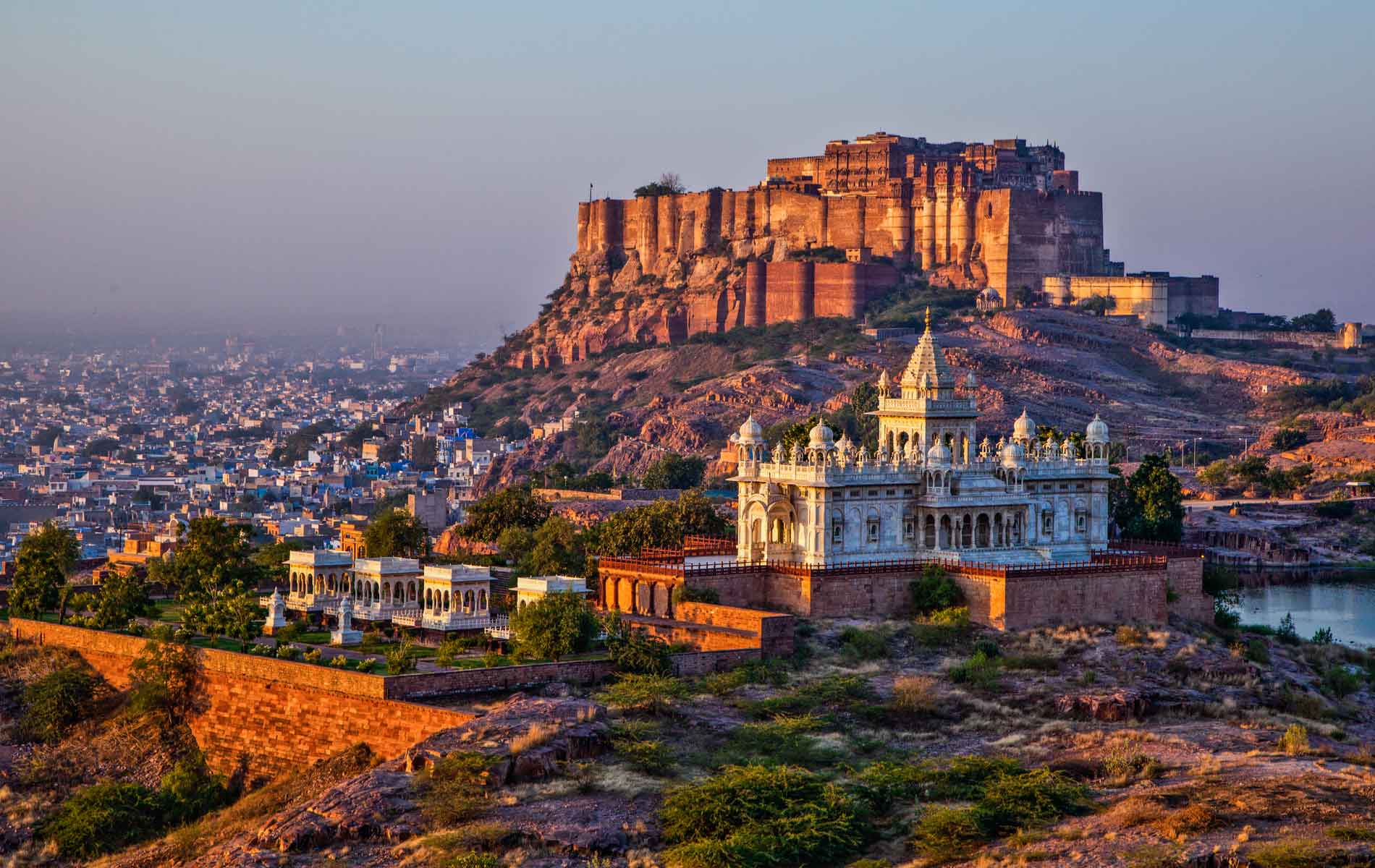 Something has to be done.

Some of the farmers band together and approach the local ruler, Maharaja Umaid Singh. According to legend, he offers them money for food - and they refuse. What would happen when the money was gone? They need work. Could he help with that?

Singh contacts British architect Henry Vaughan Lanchester, known for his work related to the government buildings in New Delhi. Could Lanchester create plans for something equally impressive, using the same grand architectural style festooned with domes and columns - but this time fashion the building into a royal palace?

The work formally begins in 1929, on a scale that would guarantee employment for at least 2,000 labourers for over a decade. It’s expensive for the time - 11 million Rupees, into millions of dollars in modern terms - and the pace of work is leisurely, to keep people employed for as long as possible. To help bring the required stone to the site, the Maharaja creates even more jobs by building a railway line.

Year by year, the palace takes shape on a hill overlooking the city, stretching out over 26 acres of land, including ornate gardens. From the distance, its most imposing feature is the colossal central dome, surrounded by a crown of towers and atop a vast blue inner dome that can only be appreciated when you’re standing under it, craning your neck back and staring at the sky-blue ceiling 31 metres overhead. 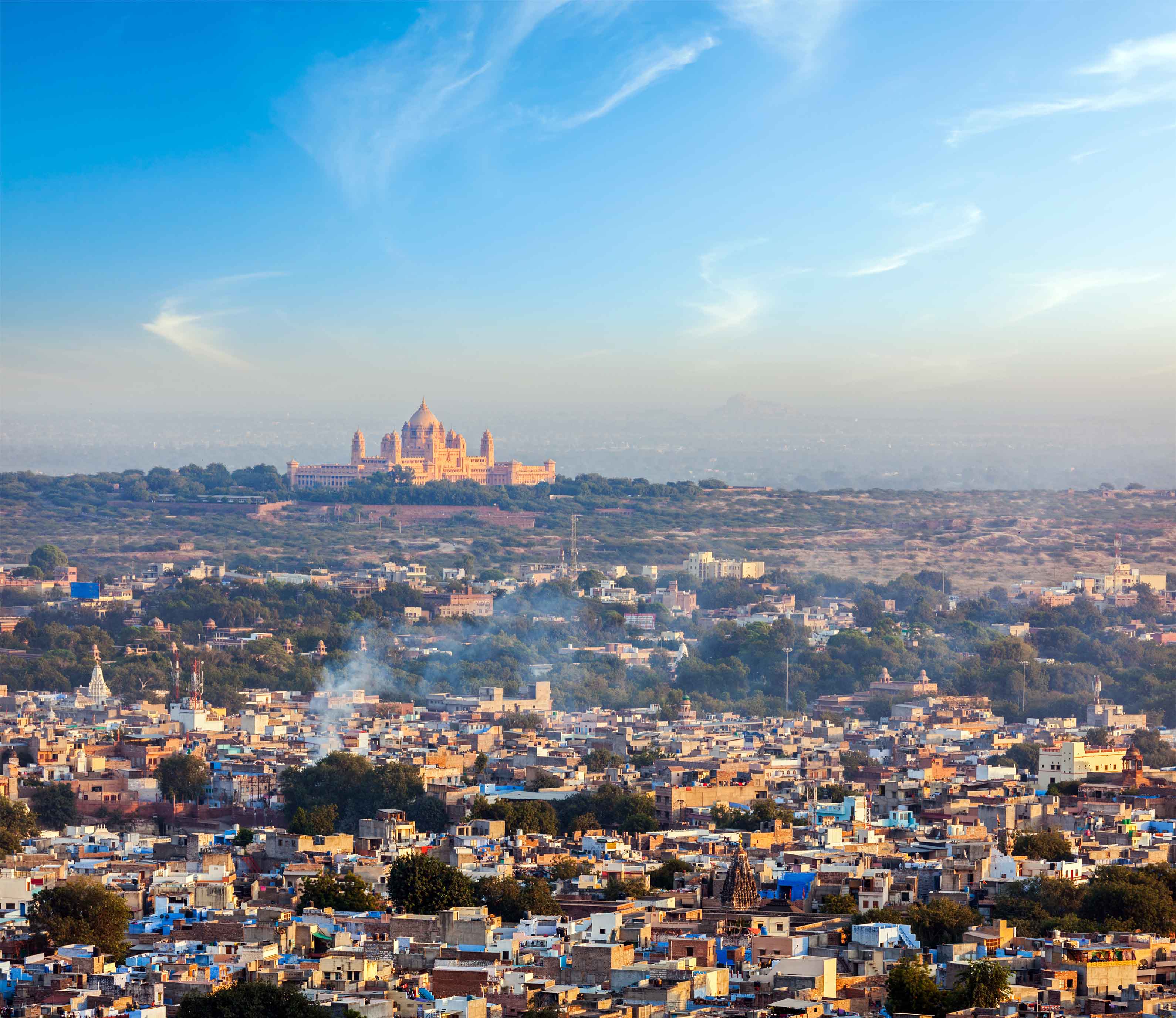 The building from afar is Umaid Bhawan Palace, one of the world's largest private residences.

The walls are of golden sandstone, stretching out into two wings of rooms on either side. The floors of the lobby are black marble. Underneath the marble stairs, an indoor pool features the very latest in zodiac-style mosaic work. Polished wood panelling greets you in the corridors and rooms; Art Deco touches are worked into every corner, every beam and pillar.

It is a royal palace that showcases the very finest in East-meets-West style - and, in a much quieter and more understated way, the power of having a ruler who truly cares about the welfare of the people he serves.

The palace opens in 1943, and quickly positions itself as one of the finest royal homes in the world.

At this point in the story, it’d be nice to say that the Maharaja enjoys the benevolent fruits of his work into retirement age and beyond - but alas, he dies on his estate in June of 1947, aged just 43 years old.

He leaves behind a legacy of supporting military aviation (he was a keen pilot), a distinguished career both in the military and as a progressive reformer - and most notable of all, a palace on a hill that becomes the last royal residence built before India declared independence, partitioning British rule into the dominions of India and Pakistan.

Over half a century later, it still remains one of the largest royal residences in the world.

If you’re wondering if the definition of “royal residence” needs to include, you know, royalty, then you are absolutely correct. The Umaid Bhawan now operates both as a luxury hotel and the principal residence of the former Jodhpur royal family - something that adds a thrill to any tour of the palace.

If this sounds bizarre, you’re not understanding the scale of it: there are an incredible 347 rooms in the entire palace (64 of which are managed by Taj Hotels), and there’s even enough room left to fit in a working museum. 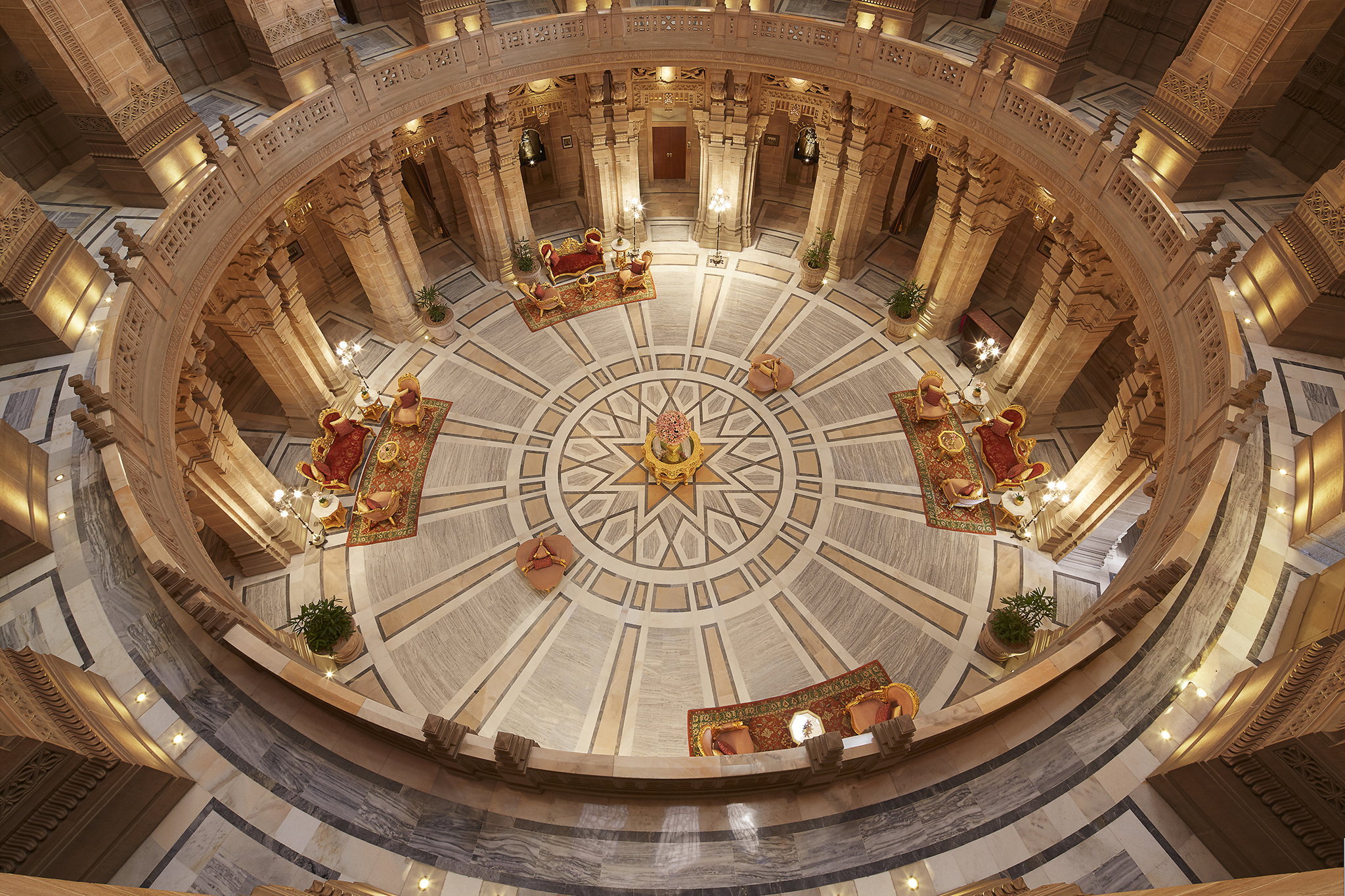 The 15-acre gardens, peacocks and fountains and all, are big enough to get lost in. Two working restaurants supply food to visitors and guests, day and night. There are bars, spas, yoga studios and a whole ecosystem of tours covering every aspect of the palace’s history and modern-day life. It’s a whole world in itself.

And of course it’s a working hotel, on a level of quality and opulence that’s hard to fathom until you first set foot in it. At one time it may have been India’s best kept secret, but certainly no longer - in 2016, it was voted the finest hotel in the world by the millions of global travellers using TripAdvisor.

It’s easy to raise an eyebrow when a place claims you will be “treated like royalty” - but in this case, it’s definitely not a stretch (particularly when there’s a chance you could bump into actual royalty when you’re touring the palace corridors).

It’s one of the jewels in Jodhpur’s crown, along with the astonishing Mehrangarh Fort towering 400 feet above the city, and and as luxury escapism goes, it’s completely unique. There is absolutely nowhere else in the world quite like it (meaning there’s only one way to find out what it’s really like).