Edinburgh’s mighty castle has an explosive, violent past - but that’s nothing compared to what’s underneath it.

It’s your first time in Edinburgh - and there’s no missing the city’s most dramatic landmark.

It’s easy to look up at the battlements of Edinburgh Castle and imagine they’ve always been there – as ancient as the highlands, and just as unbreakable. It’s easy to read it as a statement of impregnable defiance. A building that quietly says, “You’d be completely destroyed, so dinnae even try.” 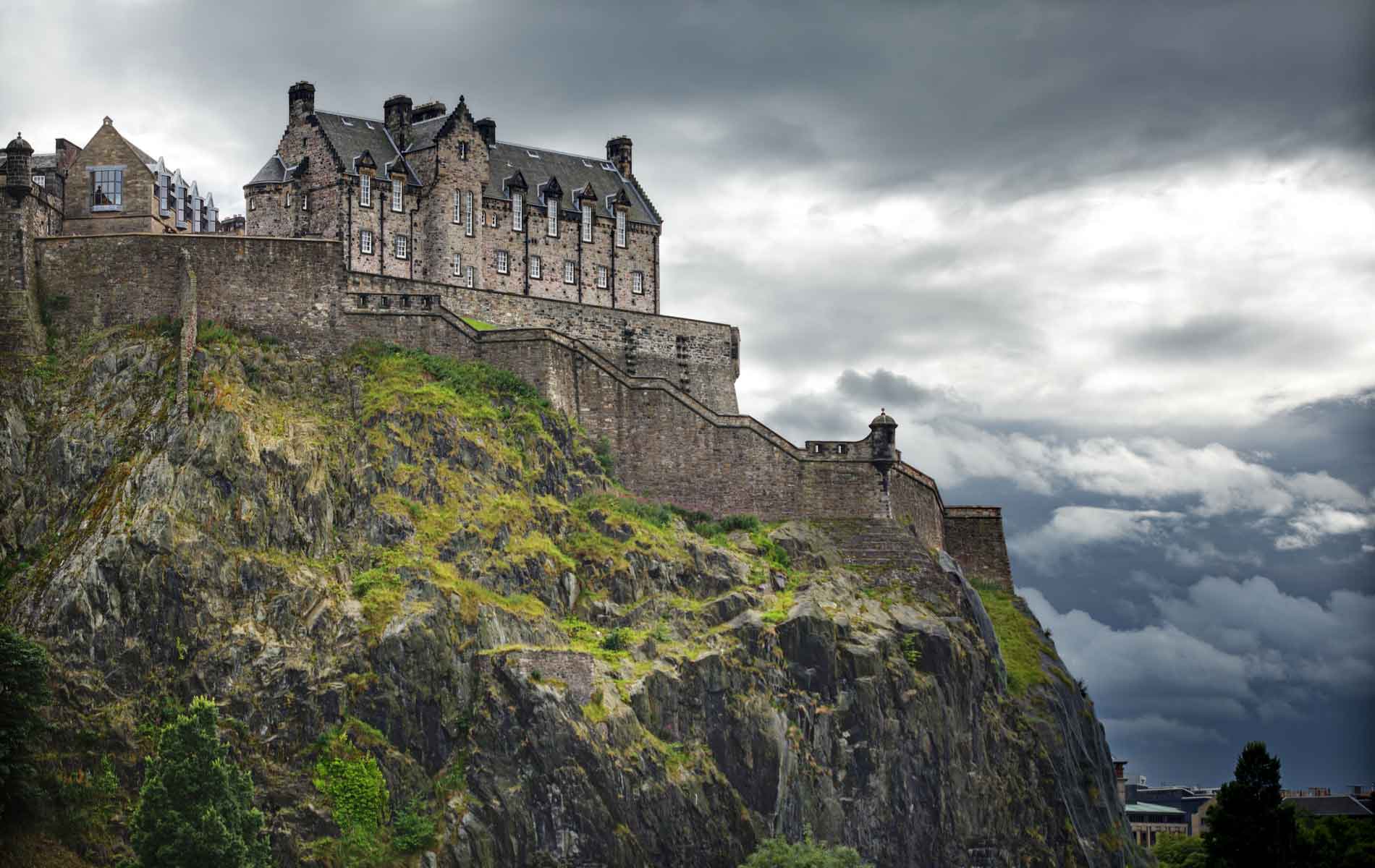 That’s probably what the residents of Edinburgh Castle thought as they huddled behind its walls in early 1573, championing their Scottish queen, challenging the English, blasting their increasingly limited supply of cannonballs at the town below, fortifying the castle walls, and desperately trying to stretch their water rations towards an uncertain future.

They hung on until April. Then English reinforcements turned up — a thousand of Elizabeth’s men, lugging cannon. The English troops built a battery on Castle Hill facing the east walls of the fortress, and five further batteries encircling the remainder...and on the 17th May, the cannon began firing.

For 12 days, thousands of cannonballs smacked into the castle, tearing down towers, punching holes in bulwarks, blasting masonry to rubble - and when enough ruin had been wrought in the outer defences, in rushed the English troops, taking control of the defensive spur (the modern-day Esplanade) that formed the limits of the castle’s fortifications.

By the 28th of May, the defenders had surrendered. 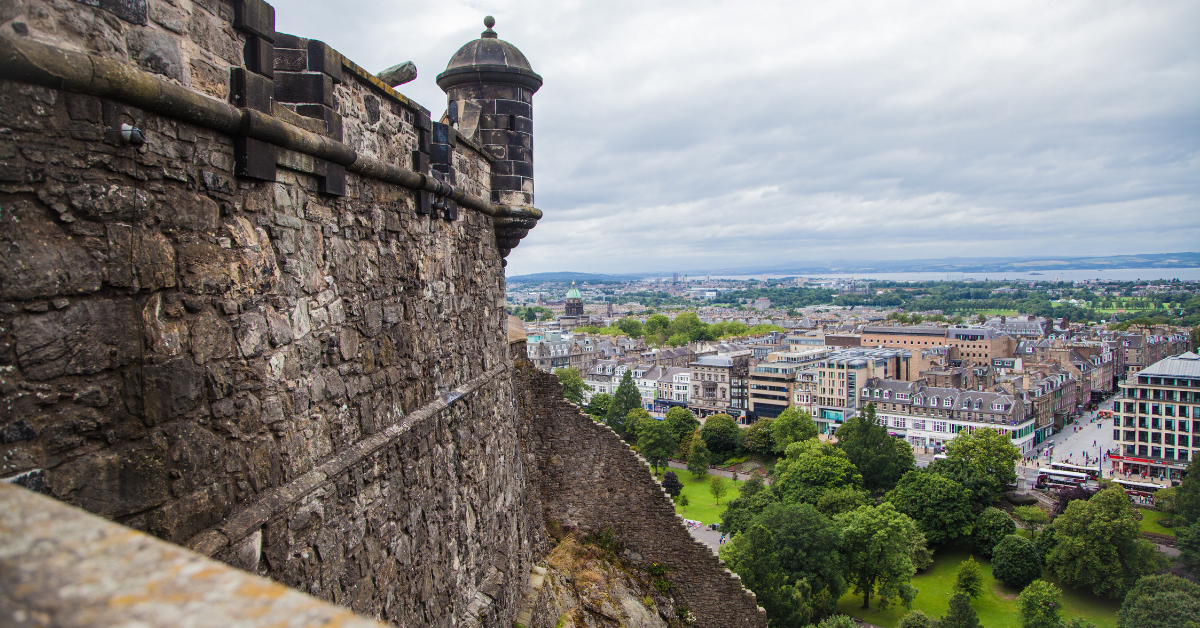 1,000 troops, 27 cannon, 3,000 cannonballs and an increasingly debilitated defensive force threatening to mutiny against its commander - that’s what it takes to storm Edinburgh Castle.

Over the following 400 years of political strife, attempted Jacobite rebellion, Highland Clearances, Scottish Enlightenment (“We look to Scotland for all our ideas of civilisation” — Voltaire) and the resurgence of the country’s nationalism & move towards partial self-government, Edinburgh Castle has become the ultimate Scottish metaphor for standing your ground until the storm has passed.

Another literal pièce de résistance was returned to Scotland on St Andrew’s Day, 1996 — the Stone of Destiny, also called the Stone of Scone after the monastery in which it resided in the 13th Century before being torn out by Edward I, lugged south and installed in the chair he sat upon in Westminster Abbey.

Edinburgh Castle is an impressively solid presence on the city’s skyline, but if you’re looking for a structure that has really stood the test of time - look underneath it.

Once upon a time, there was a volcano.

It wasn’t a very unusual volcano. In the Carboniferous period, an unimaginable gulf of time ago, volcanoes were all over the place. The landscape was tropical, and with good reason - Scotland lay on the equator. Warm seas lapped at forested coastlines, nibbling them away and scattering their sediment upon the ocean floor.

One dramatic day, BLAM. A pillar of magma punched its way to the surface at the present-day site of Edinburgh Castle, forming a volcanic cone, spewing lava.

This was the volcanic equivalent of a prawn cocktail starter. The main course arrived when the nearby mountain of Arthur’s Seat bulged skywards and exploded. This would not have been a good time to be a tourist in Edinburgh (or indeed Scotland), so it’s probably a good job that tourism wouldn’t be invented for another 340 million years.

After another unimaginable amount of time, these volcanoes stopped belching fire. They cooled and were covered by rising seas, thanks to sinking continental crust.  Muddy sediments drifted down, grain by grain, and completely covered them. (Volcanoes, buried in silt. Think about how much time that would have taken. Think about it again.)

Then the earth tilted dramatically, as the earth is prone to do if you give it enough millions of years, and the buried volcanoes and their mud coverings were tipped towards the east.

Cue yet another brain-floppingly huge period of time - in fact, the whole of prehistory.

The earth’s climate changed dramatically, great cycles of cold and warmth. Scotland moved off the equator, hauled away by its underlying tectonic plate, and then along came the glaciers, scraping great grooves in our planet’s surface, peeling away anything soft and grinding against anything tougher.

Glaciation and less dramatic erosive forces stripped away all that silt (now turned to shale), leaving the remnants of the two volcanoes exposed to the air once more, and exposing the edge of a sill to form what is now called Salisbury Crags. 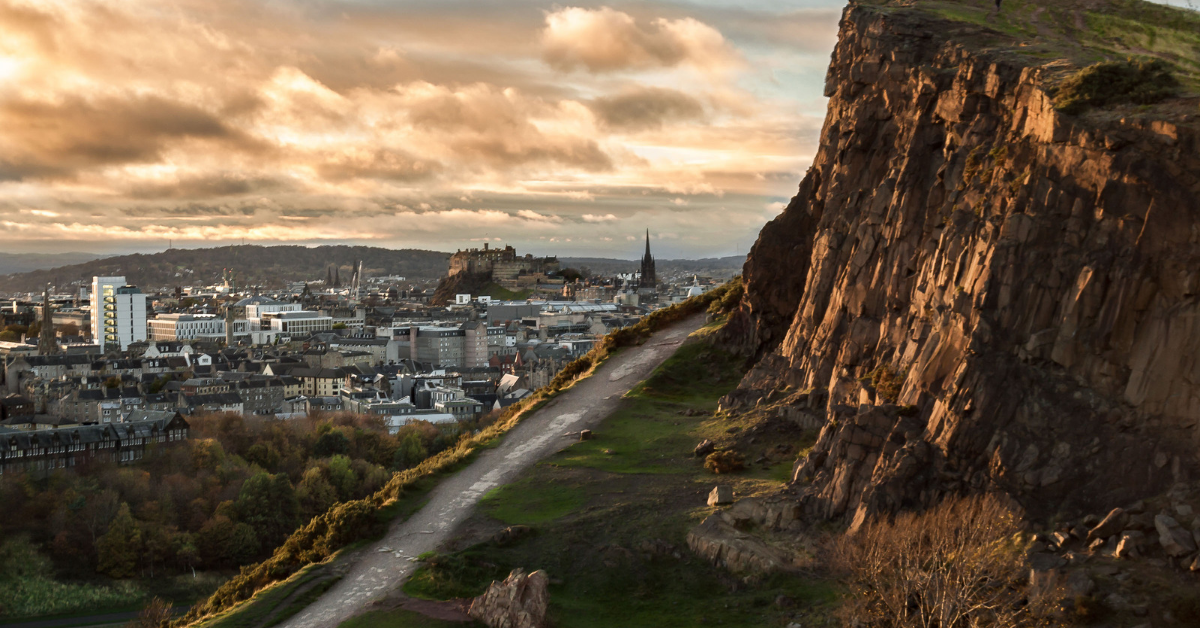 Landscape view of the Salisbury Crags and Edinburgh's Castle

Want to get an idea of how violently the land was tilted? Sills are laid down horizontally. With that in mind, look at this picture of the base of Salisbury Crags.

Let’s return to Arthur’s Seat, the central peak in a line of hills in the heart of modern Edinburgh. This is the city’s oldest, sturdiest fortress. The remains of an ancient hillfort encrust the summit. It’s an obvious place to retreat to if you don’t trust your neighbours, and in the wartorn Iron Age (700 BC to around 500 AD) that probably counted for a lot.

It’s also ideally positioned to keep an eye on local traffic. If you’re a warband heading northwards, you’d want to be traversing the land covered by modern-day Edinburgh. To the north, the sea encroaches deep inland, forcing you westwards - and to the south, the Pentland Hills form an unhelpfully rugged alternative route.

The wide, flat expanse of land between the hills and Arthur’s Seat is a no-brainer for attacker and defender alike - except for the latter, there’s a problem.

Arthur’s Seat is big, and if you man a defensive position 820 feet up a mountain, your military reaction time is severely curtailed. If you want to strike quickly, Castle Rock is a much safer bet. 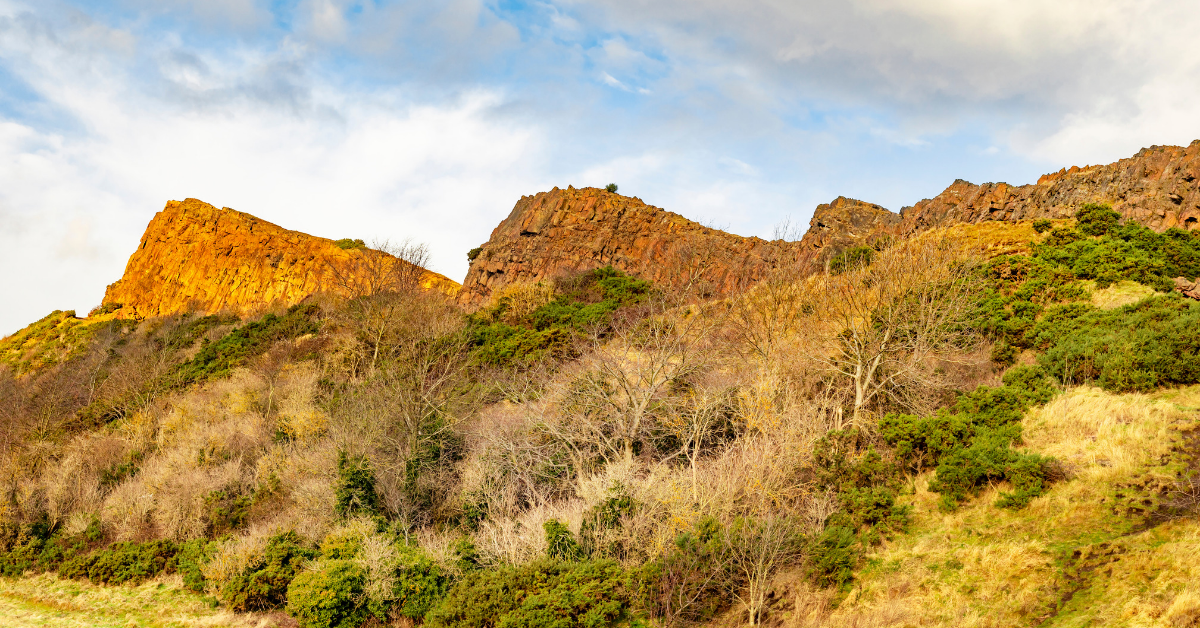 This is a hillside woven with stories half-remembered, half-told and poorly understood. Legend has it that Holyrood Park (encompassing Arthur’s Seat and its surroundings) gets its name from a vision suffered by the 12th Century Scottish King David I while being attacked by a white stag at the slope of the mountain.

As the beast prepared to skewer him, David saw a cross magically appear between the animal’s horns - after which it turned away, allowing the King to make a sharp exit. Rood means “cross” - hence the “Holyrood Abbey” that David erected in 1128 AD on that very spot. Other stories tell of a glowing rood that descended from the heavens, or that David encountered nothing but a stag and a bout of pious (or feverish) inspiration.

There are so many stories. The mountain’s modern name, dating from the 15th Century, speaks of one of Britain’s most famous legends (the mountain has been put forward, somewhat implausibly, as a potential site for Camelot). Washington Irving, the creator of Rip Van Winkle and The Legend Of Sleepy Hollow, described Arthur’s Seat as “perfect witchcraft.”

And in 1836, a group of young boys encountered these.

A landscape of mystery and otherworldly myth, hidden deep in the heart of a major city. It’s all so very Scottish.