Take a culinary trip to Georgia, Armenia, and Azerbaijan for the hearty cuisine of the Caucasus

It won’t be long before the major regions of the Caucasus transition from “under-the-radar places to travel” to “major tourism destinations.” As Georgia, Armenia, and Azerbaijan become more popular among tourists, so will their culinary offerings — a melange of dishes influenced by Greek, Persian, and Mediterranean cuisine.

Despite these influences, there’s no mistaking the distinctiveness and complexity of the foods of the Caucasus. If you’re headed towards the region — as we are — make sure to discover their classic culinary traditions as you feast on succulent grilled meats, a variety of herbaceous dishes, and some excellent wines and spirits. 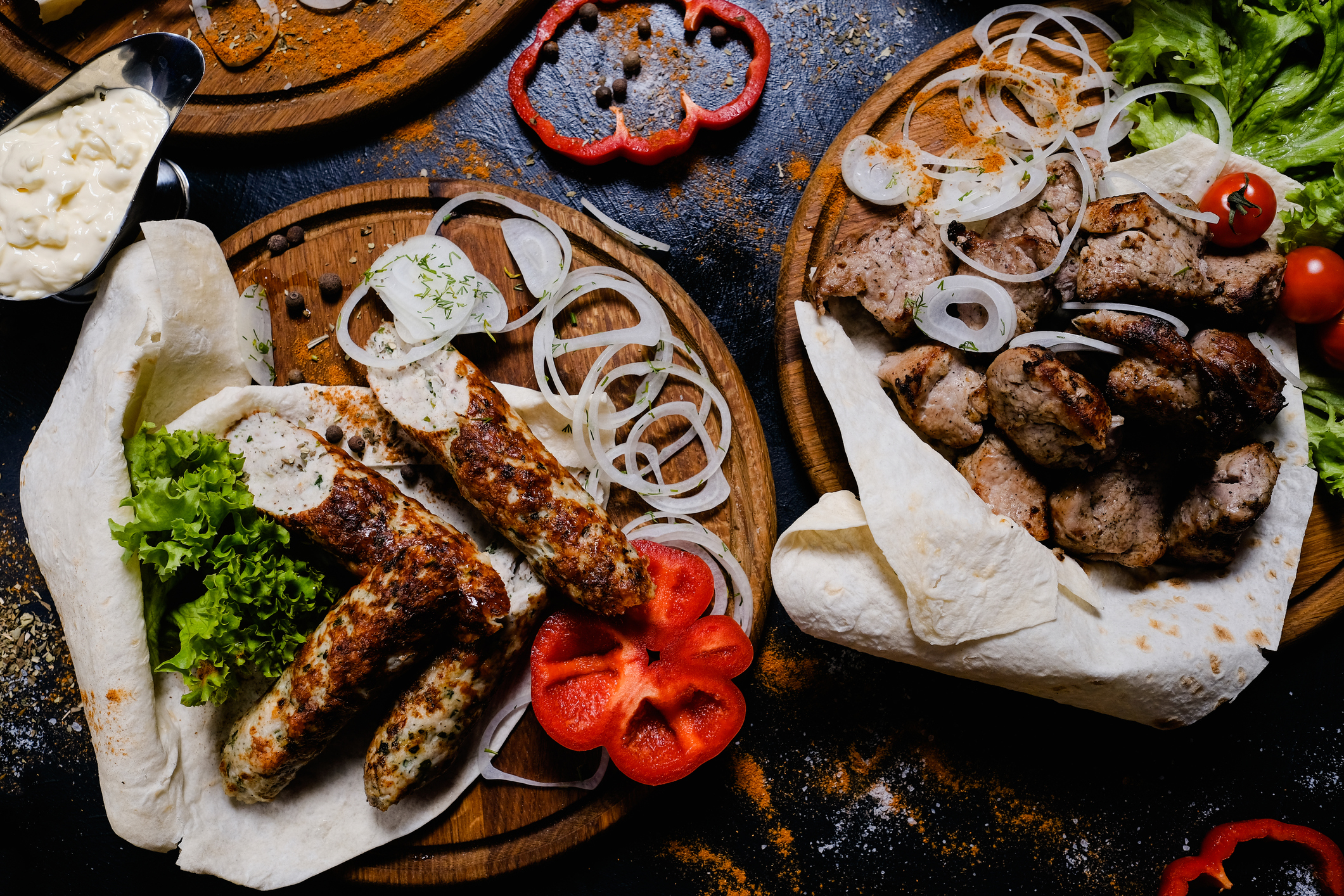 The distinctive flavors of Georgia

Picturesque landscapes in mountainous Kazbegi National Park, the ornate architecture of the capital’s Old Town, and centuries-old eye-catching churches are some of the sights that make Georgia irresistible to visitors. It doesn’t hurt that their food is wonderful, too.

Diverse, rich, and distinctive, some of the most popular Georgian dishes include kebabs and other scrumptious grilled minced meats, flavorful sauces (often made with tarragon, parsley, dill, garlic, and other herbs and spices), Georgian dolmas (steamed or roasted vegetables stuffed with rice, meats, and herbs), and fresh, warm bread. Khachapuri, a staple of Georgian tables, is a cheese-filled bread topped with a cracked raw egg and a pat of butter. Swirl the egg and butter together, and tear off pieces of the bread to dip into this soft and creamy mixture. There are vegetable and meat variations, too, for those who prefer a heftier bread.

Savory dumplings khinkali (Georgian soup dumpling) are a peppery, brothy pouch stuffed with lamb, beef, or mushroom filling. Making these doughy dumplings requires skill, and eating them involves an entire process: hold the dumpling by the top, slightly tilt your head upwards, bite a small hole into the dumpling and slurp its contents, and bite into the soft pastry and filling. 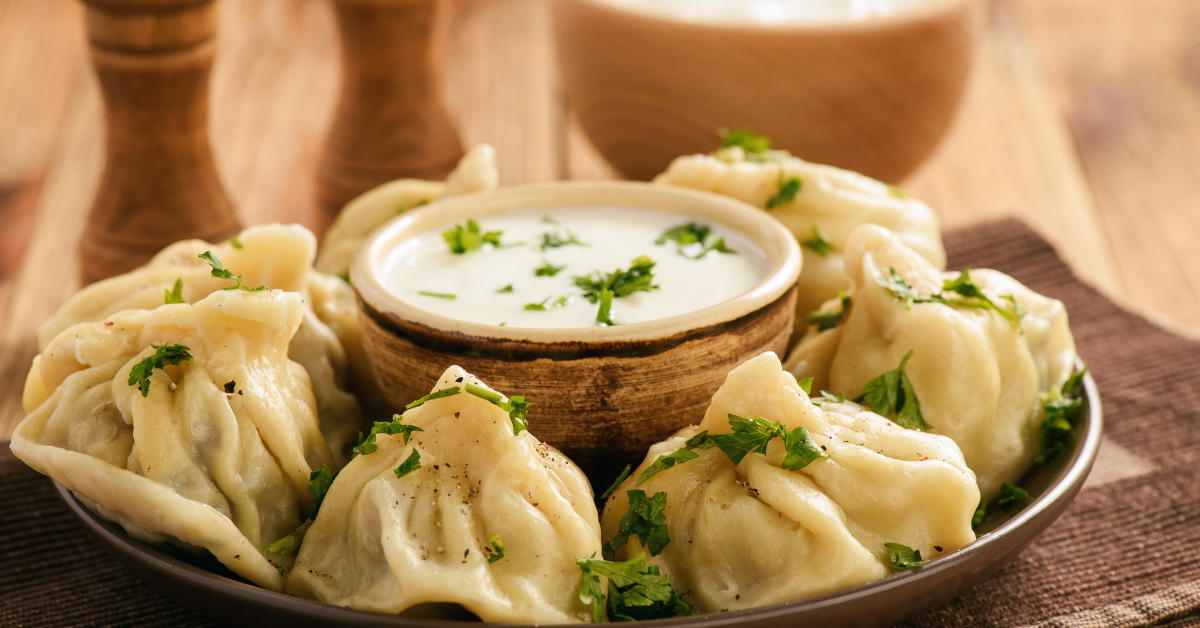 Slightly more familiar and comforting is the Georgian qababi, or grilled kebab, wrapped in thin flatbread. Enjoy it plain or with sulguni cheese. Meanwhile, kharcho, a rich porridge generously seasoned with spices and enriched with garlic and crushed walnuts, is excellent for lovers of spice-infused comfort food.

Ajapsandali is an oven-roasted eggplant-and-bell pepper duo smothered with fresh tomato puree and garnished with chopped cilantro. And although kidney beans aren’t the most appealing foods to look at, the Georgians’ lobio, slow-cooked bean soup filled with sauteed onions, vinegar, dried marigold, cilantro, and chopped chilies might just make you change your mind about beans. Eat this hearty soup with a side of crumby mchadi bread.

And of course, enjoy your meals with exquisite Georgian wines. They are a class of their own, and there’s a variety for every wine lover — whether you’re looking for reds with hints of exotic fruits, spices, dried apricots, and almonds, or you just want to sample dry, unfiltered whites.

Visitors to Armenia are mostly drawn to the country’s culture and history. Although it certainly pays to be cognizant about the political and economic situation in the country, make sure you don’t miss out on Armenian cuisine, with dishes created using lots of fresh herbs and cracked wheat.

Whether you’ll be dining at restaurants in Yerevan (the capital) or in nearby towns, you’ll find that barbecued meats are common in Armenia. Preparing and eating khorovats is something of a cultural tradition in the country. Grilling meats is a local pastime, and Armenians are quite masterful at making these scrumptious barbecues — they even hold festivals for it. Hankering for veggies? Tolma is a nutritious vegetarian dish consisting of lentils, rice, onions, zucchini, tomato, red pepper, parsley, and mint, all wrapped in grape leaves to make a fresh vegetable delicacy.

You can also taste Armenian culture by sampling lavash, a type of bread that isn’t hard to love. It’s essentially unleavened flatbread baked in a clay oven called tandoor, which is what gives it its distinctively smoky taste and crustiness. This traditional bread is actually recognized by UNESCO as a cultural heritage, and has included it in its List of the Intangible Cultural Heritage of Humanity. Harissa is a thick soup made from the juices of chicken, lamb, or other meats and cracked wheat, slow-cooked until it’s delectably gooey and creamy.

Armenian wine is not as celebrated as Georgian wines, but they’re worth trying because nowhere in the world would you find grapes like those grown in the country. Armenian brandies, meanwhile, are widely distributed in the United States, Europe, and other parts of the world. That’s because Armenia is one of the biggest producers of brandy in the world (and have been distilling wine into brandy since the 12th century) and because Armenia grows such unique varieties of grapes.

Flame-grilled meats and more in the Land of Fire

Even though Azerbaijani cuisine shares a lot of similarities with Armenian cuisine, many of their foods are still worth exploring. Try a platter of the traditional plov (“pilaf”), a saffron-infused rice dish typically prepared with herbs, meats, and some vegetables. Most restaurants serve their own versions of plov (with mutton, chicken, dried fruit, and other varieties) and you can explore these other varieties within Baku. The country also has a deep reverence for warm, homemade, fragrant bread. It is an ideal complement to its national dish piti, a lamb stew slow-cooked in a clay pot with chestnuts, chickpeas, and plums. 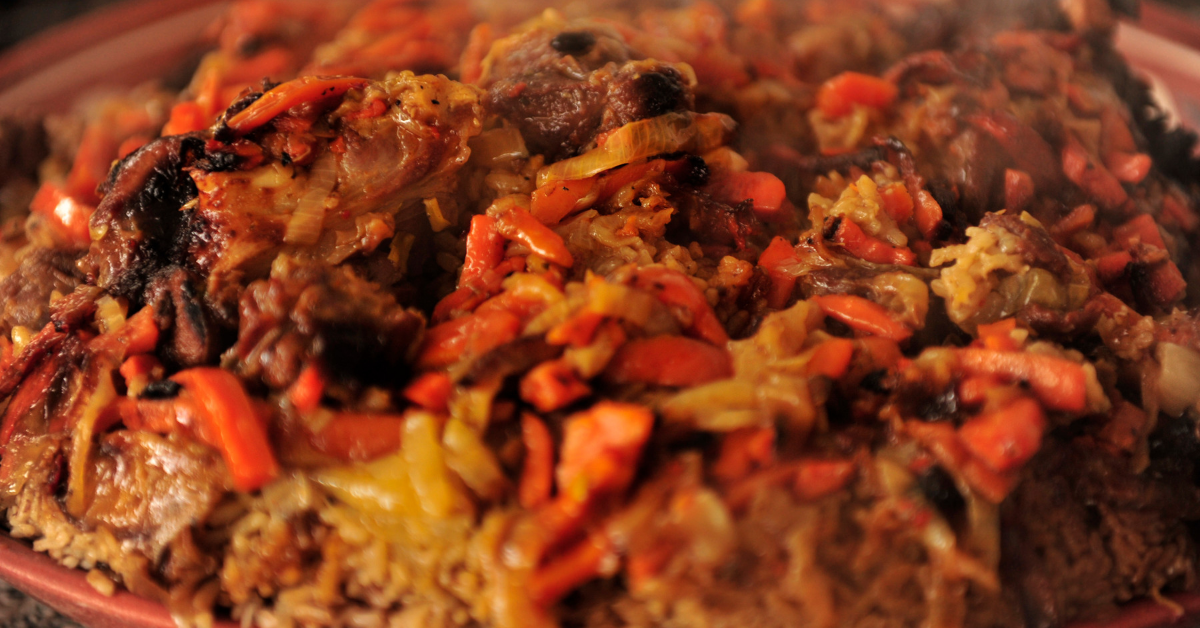 The traditional cuisine, Plov, with lamb and red garnet.

For lighter fare, try qutab, thin pancakes stuffed with cheeses, meats, or greens, usually eaten with yogurt sauce. And if you’re curious or a bonafide lover of cheese, the motal pendiri, a type of cheese produced in the Caucasus Mountains and made from goat or sheep milk, will delight. This white cheese has a strong, salty taste with a flavor profile similar to feta. Eat it as a side to mangal salad, a medley of open flame-roasted aubergines, tomatoes, and peppers drizzled with olive oil and vinegar, sprinkled with salt and basil.

Visiting the Caucasus doesn’t have to be a "once-in-a-lifetime experience.” Wheel & Anchor’s tribe of like-minded travellers have explored the Caucasus (one of our most exciting events), and we’re going back to explore the culture-rich region. Join us in our Explore Caucasus tour — ask us for more details today.