When In Armenia, Ask About The Apricots

It looks something like an enormous plum, but it’s entirely the wrong colour - instead of a dark, ruddy pink or cherry colour, it’s a light, golden hue, neither yellow or orange, like it’s sculpted from butter. It’s also a bit too big, since it’s the size of a crab apple - but it’s not one, since the skin of soft and slightly furry.

The ancient Romans took the easiest analogy available, and called these things Armenian apples - but the modern world knows them as apricots.

Say what now? You’ve chewed your way through a lot of apricots in your life, and you know what they look like - and this isn’t it.

They should be dark orange, and chewy, slightly leathery. Or if you’re one of the relatively few who have eaten a fresh, ripe apricot instead of the ubiquitous skinned and dried variety that crunches under your teeth in a sticky, squidgy sort of way - well, it’s simply the wrong colour.

Apricots are orange, maybe with a bit of red blush on them. So are these lemons? 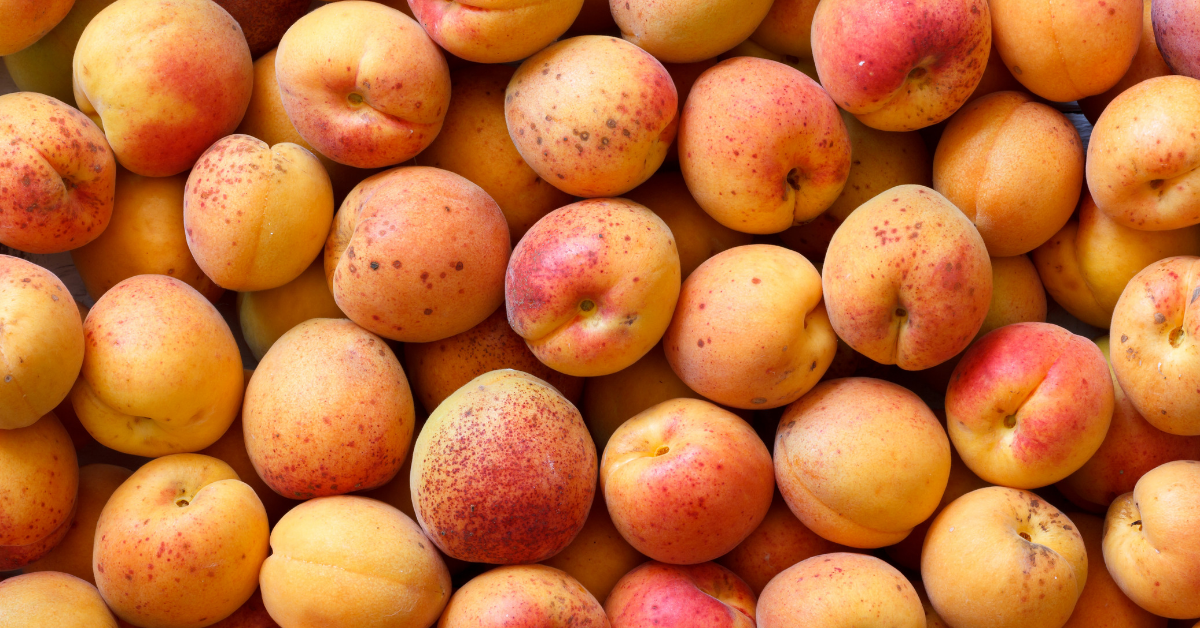 Yes, apricots should be orange - except in Armenia, it’s a shade of orange you won’t see anywhere else. You can find it on the Armenian flag, underneath red (taken to signify Armenia’s past struggles) and blue (affirming the country’s recent commitment to peace). And you’ll also see it on fresh apricots hanging on trees - because at the right time of the year, this fruit is everywhere.

Legend has it that Noah planted just one tree, after the Ark fetched up on the slopes of Mount Ararat (positioned at the crossroads between modern-day Turkey, Armenia, Azerbaijan and Iran). You can probably guess the species - and which country you’ll hear that specific part of the legend in.

For this and many other reasons, “tsiran” (Armenian for apricot) is proudly proclaimed as the country’s national treasure. The scientific name for the fruit in Latin, Prunus armeniaca speaks to its origins, although it’s possible the fruit originated in China many thousands of years ago.

It is however a solid fact that Armenian apricots have been cultivated for at least 3 millennia - as apricot cores recovered from debris in the ruins of an ancient temple confirm.

If you’re coming with us to Armenia in 2023, you won’t see apricots hanging on trees - it’ll be a little too late for that, as they’re a hyper-seasonal fruit and it’s in and around July where all the magic happens. 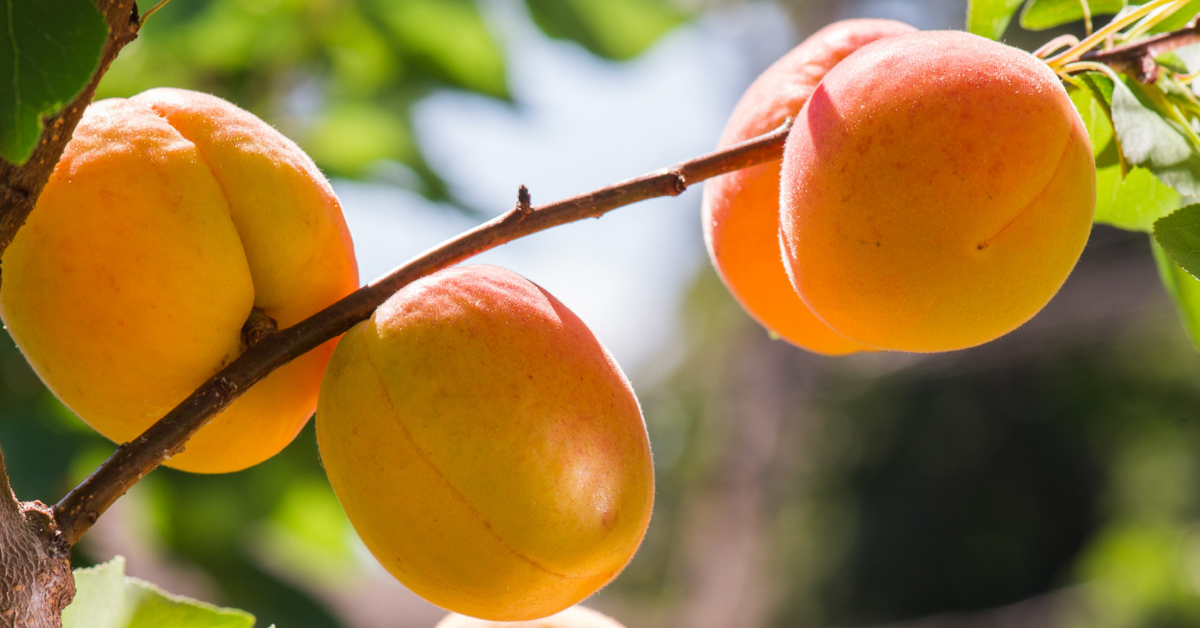 Ripe apricots on a tree

In 2016, over 86,000 tons of apricots were created and exported in Armenia. It’s less than a tenth of Turkey’s harvest (around 985,000 tons yearly) - but then, Turkey didn’t face the difficulties of rebuilding its economy after the USSR collapsed.

Since other crops were far more profitable, apricot trees were often the first to be pulled up. Today, Armenia isn’t even in the top ten for mass production of apricots - but it’s recovering fast.

Maybe you won’t get the chance to pick apricots fresh from the tree (remember, green means unripened, yellow means just right) - but you’re bound to be fed apricots in a variety of other ways.

Maybe your morning breakfast will come with fresh apricot marmalade or jam - of, of course, a scatter of dried apricots (which will probably taste sweeter than their Western-wholefoods counterparts). 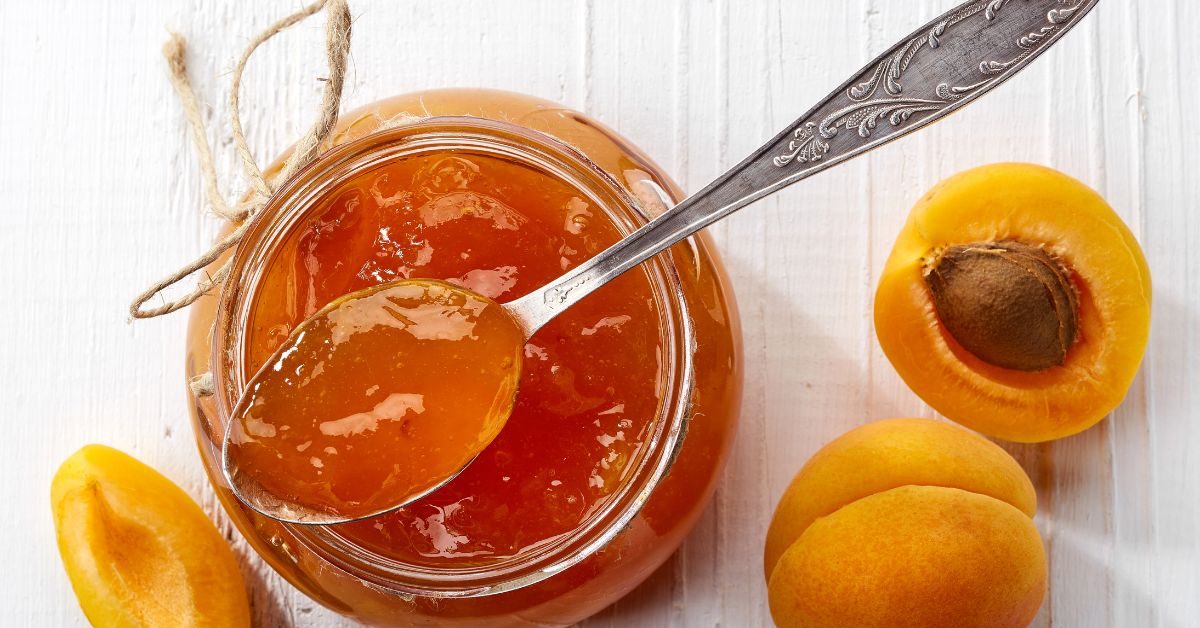 You may even be offered the most locally popular form of dried fruit - apricot leather wraps, essentially fruit jerky without the salt and spices, or a type of bastegh, formed from simmering mashed fruits and berries, rolling into strips and drying.

Then of course there’s apricot vodka, which has exactly the effect on you that you’d expect. In the words of one journalist: “just one shot will be enough to blur the lines between dream and reality.” That’s you properly warned.

One snack you definitely will want to skip is bitter apricot kernels, for the most dire of reasons.

While apricot fruit is entirely safe, apricots follow a common pattern of storing their most potent chemicals in the kernel (or seeds, or stones). These kernels are packed with protein, fiber and healthy oils - but they’re also laced with a compound called amygdalin, which breaks down into a chemical you may have heard of before: hydrogen cyanide.

To put this into alarming perspective, a 1993 study by the New York State Department of Agriculture and Markets found an apricot kernels snack (a 220g bag) imported from Pakistan contained double the minimum lethal dosage for adults. (These kernels were meant to be consumed slowly and in very small quantities - but there was nothing to suggest you couldn’t scoff the bag in a peckish moment, with disastrous results.) 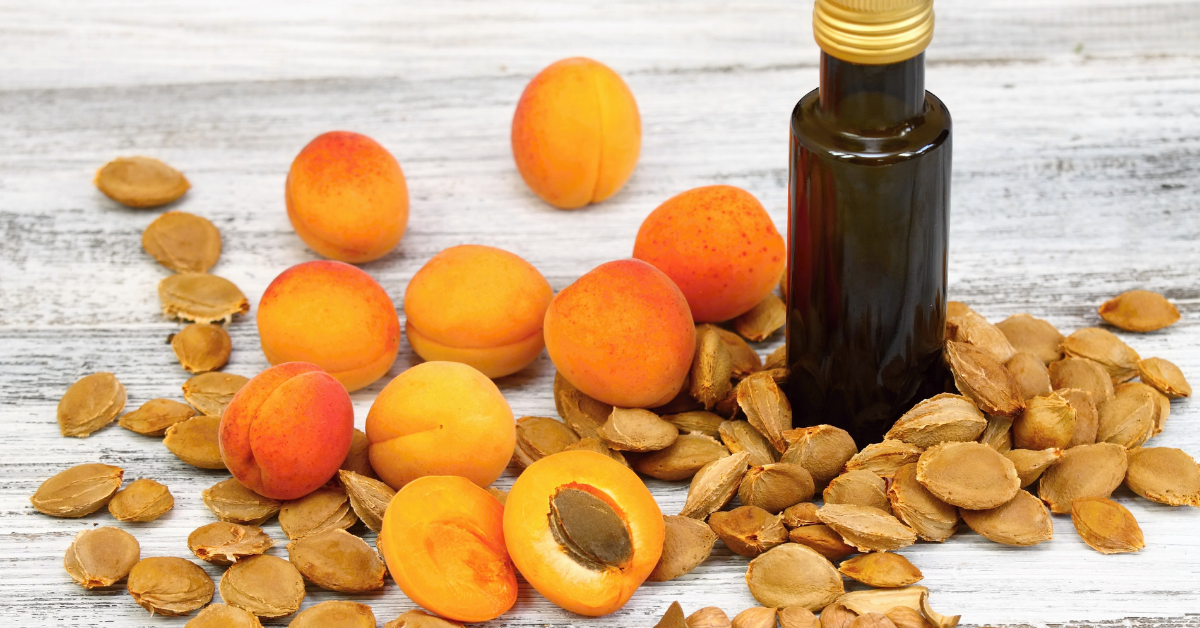 Apricot kernels are packed with protein, fiber and healthy oils - but they’re also laced with a compound called amygdalin

To be clear, you can also find amygdalin in tiny quantities in many nuts, vegetables and seeds.

Take almonds - which are absolutely safe in almost all cases. The trick is knowing which type you’re eating: the sweet variety of almonds that you get in the shops is safe unless you’re planning to eat more than a thousand almonds a day, at which point you could start getting into trouble.

Apricot stones are more potent and therefore unpredictable - and it’s probably best to skip them altogether.

Finally, you might enjoy winding down at the end of the day by listening to apricot wood in the hands of a master musician. The Armenian duduk (pronounced doo-dook) is a double-reeded woodwind instrument that makes a sound that will send shivers through you - a mournful cry, like the howling wind or a voice filled with sorrow.

You’ll have heard it in the soundtracks to Gladiator, The Last Temptation of Christ, Syriana, Blood Diamond, the recent TV remake of Battlestar Galactica, and most recently, to create the theme used for the Dothraki in Game of Thrones. Once heard, it’s never forgotten.

You’ll find apricots everywhere you go, in one form or another - and that’s the way Armenia wants it. It may have some catching-up to do on the world stage, but the historical home of apricots is open for business once again.