Did The Vikings Even Exist?

A young boy stares out to sea, his face wrinkled in consternation. There’s a sail out there, where there shouldn’t be one - which only means one thing.

He breaks into a run, shouting an alarm at the adults manning the nearby stockade that protects the town within. That distant sail turns into three, four, five, and they get near enough to see who is beneath them: a motley crew of grizzled warriors, grubby, bearded and tough-looking, their swords and axes flashing in the sunlight as they leap into the shallows and wade their way ashore…

It’s the start of a hundred tales about Viking invasions in Northern Europe - and something similar can be seen in early episodes of the TV shows The Last Kingdom and Vikings. 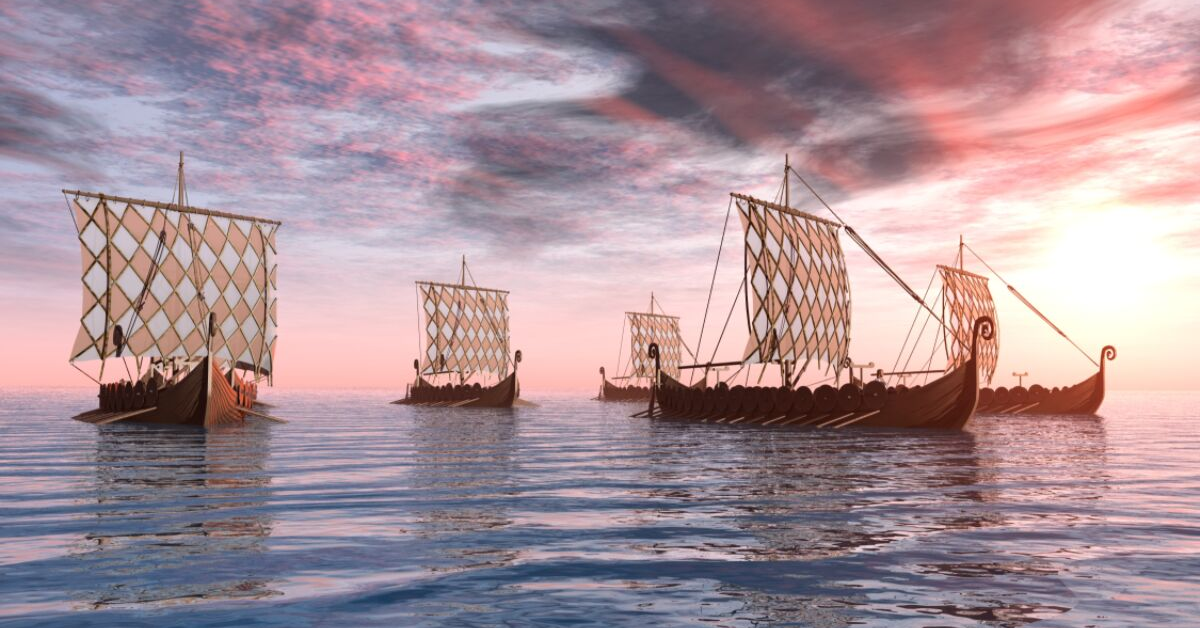 Vikings ships on the ocean's horizon

It’s a story that has delighted adults and curdled the blood of children for hundreds of years. It’s a scene from European history that’s as iconic as gladiators fighting in Roman amphitheaters - and for Norwegians, it’s a part of their heritage that makes them immensely proud, as we’ll discover on our cruise through Norway next year.

And yet, incredibly, we still don’t know how much of it is true.

Yes, there certainly were invading warriors sailing from Scandinavia to plunder unprotected communities on coastlines west and east, most famously the church of St Cuthbert in the Christian community of Lindesfarne in Anglo-Saxon England.

Yes, at times they seem to have been just as warlike as their modern reputation suggests. Thanks in part to Hollywood, “Viking” seems to have turned into a synonym for “pirate.”

Take the seemingly simple question “Did the Vikings actually exist?”.

On the one hand, it’s absurd to suggest they didn’t. The changes they wrought in European history are clear to see, and any trip around Scandinavia will show you the artifacts, buildings and material remnants they left behind, which have come to proudly define the histories of the countries that grew in their wake.

But in the other sense, there were no “Vikings” as a distinct, united group. The correct term is Norse, referring to a vast, loosely-defined collection of Germanic peoples who operated in and out of Scandinavia between 800 and 1300 AD.

In a few ancient Norse documents, these communities were described as “vik dwellers”, with vik being the Norse word for inlet or small bay - and at some unknown point in time, this presumably turned into the overarching term Viking.

Or maybe it didn’t. As with every theory concerning the Vikings, it’s a source of healthy debate.

A recent theory is that the word comes from vika, roughly translating to “sea mile”, which would fit neatly with their association with ships and nautical voyaging. There will doubtless be other theories. Arguments will rage onwards. Nobody knows for sure.

They weren’t usually called Vikings at the time - not by themselves, nor by the communities they attacked. The Anglo-Saxons in England called them Danes (even though many weren’t from Denmark) or Northmen. The Arab and Byzantine peoples to the east of Scandinavia called them the Rus’, a word that may be related to rowing - and which let to the naming of Russia. The Germans called them Ascomanni (“ash men”). 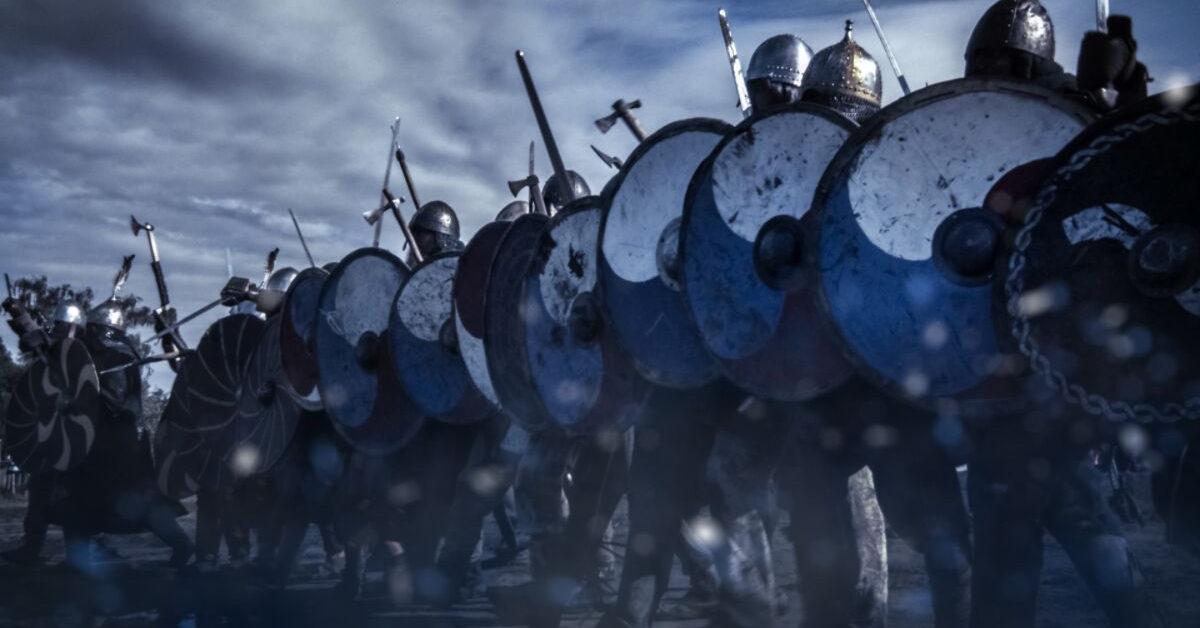 Viking, on the other hand, appears almost nowhere until the 17th Century, when ancient Norse warriors dominated popular stories of “noble savages” (and became a convenient analogy for the dangers of warlike foreigners, at a time when the European balance of power was increasingly in flux).

We also don’t know how warlike they were. The Northern European “Viking Age” runs from the sacking of Lindesfarne in 793 to the Norman conquest of England in 1066 (which included the defeat of a vast Norwegian Viking army at the Battle of Stamford Bridge) - but within those two violent extremes, the archaeology points to a lot of business as usual: trade, settlement, building towns, harvesting food, establishment forms of government - everything normally associated with the societies the Vikings supposedly preyed upon to survive.

Take Greenland. Were there any rich, unprotected churches to pillage in that part of the world a thousand years ago? Absolutely not - and yet that’s where Erik the Red went after leaving Iceland, and the evidence for it is melting out of Greenland’s ice caps. 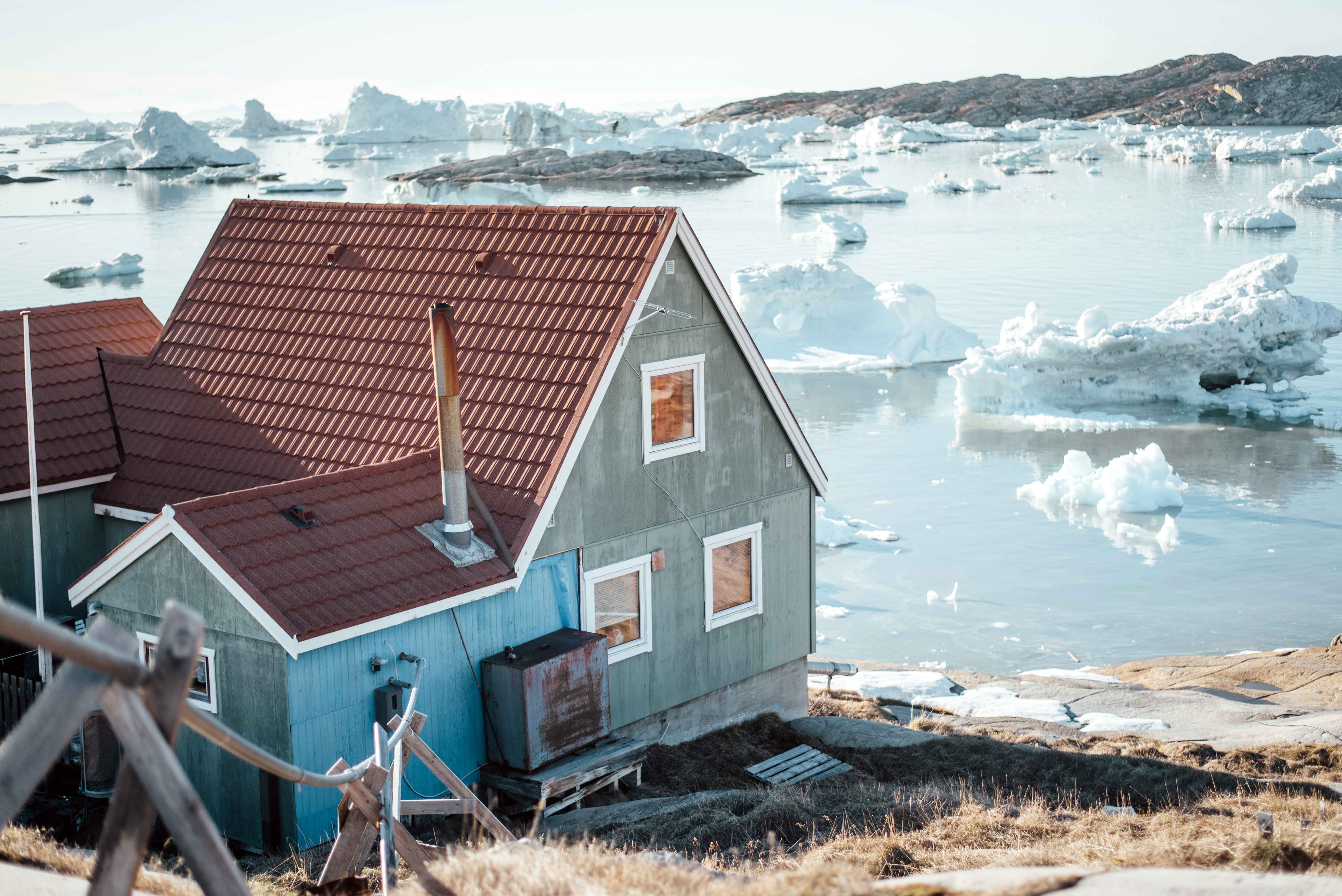 (Vikings also seem instrumental in the spread of Christianity into Scandinavia, via Scandinavian settlers in England - perhaps at the exact same time that other Viking groups were feigning conversion just to keep temporary political allies happy.)

The unknowns keep stacking up. Despite that oh-so-recognisable “Viking look” favoured by the entertainment industry, we don’t even know what they looked like. Their helmets, for example, are a common source of confusion:

“The popular image of the strapping Viking in a horned helmet dates back to the 1800s, when Scandinavian artists like Sweden’s Gustav Malmström included the headgear in their portrayals of the raiders. When Wagner staged his “Der Ring des Nibelungen” opera cycle in the 1870s, costume designer Carl Emil Doepler created horned helmets for the Viking characters - and an enduring stereotype was born.”  - Elizabeth Nix, History.com

Our ideas about Viking fashion have largely come from the stories they left behind - with all the issues you might expect from relying on such sources. (Archaeology is providing a steady stream of corrections on this matter - although clothing rarely survives in the ground for more than a few centuries).

Even within the countries they sailed forth from, so-called “Viking history” is hugely fragmented. 9th-Century Norway was a patchwork of small kingdoms and small-holdings, loosely grouped into nine distinct regions - but in the absence of written records to confirm this, historians rely on folklore and a woefully incomplete material record from excavations across the country.

On the whole, if you’re going to use the term “viking”, it’s best to follow the following simple rule.

Don’t use it like you’d use “Roman”, denoting a somewhat unified political entity with a cookie-cutter approach to raising armies and settling towns. It’s actually a bit more like Classical Greece: a series of separate kingdoms, sometimes at war with each other, which we’ve come to think of as “the Greeks”, even though they always defined themselves in narrower terms.

However, the best way to enjoy Viking history is to immerse yourself in the stories as you travel, surrounding yourself with the legends and murky, “what-if” nature of so much of early medieval history, and letting yourself get swept away by it all (as a certain J.R.R. Tolkien did early in his academic career, with spectacular results).

The history is fickle. The facts are troublesome. For now, you’re better off with the stories (the real stories, as outlined here by a master modern storyteller).

Read the ancient sagas, walk the halls of Valhalla in your mind’s eye, and explore a world that maybe never was, to its furthermost limits. That’s the Viking way of doing things.