This seaside town has been one of Scotland’s most popular resort destinations since Victorian times. Despite its small size, Oban can host to up to 25,000 people during the peak tourist season. It’s a classic port town, with lots of wind, gulls, and wide-open islands.

What makes this charming town a top tourist draw is that there are so many things to see and do in and around Oban. Whether you stay on land the whole time or go on an island-hopping adventure, Oban will not disappoint.

Here are some places and activities you shouldn’t miss:

McCaig's Tower: The tower that wasn’t

Commissioned by wealthy banker John Stuart McCaig, the tower doesn’t really look like a tower; it looks more like the Colosseum in Rome. Work began in 1897, and it eventually became clear to all that the structure was going to be a memorial to the McCaig family. But the banker died in 1902 before the tower was finished, and work came to a halt.

Situated at the top of the hill, McCaig’s Tower is hard to miss, looming high above the town of Oban. You can trek up to the Tower or drive up to the car park behind it. From there you get a stunning view of the harbor, the Sound of Kerrera, and the isles near Oban. 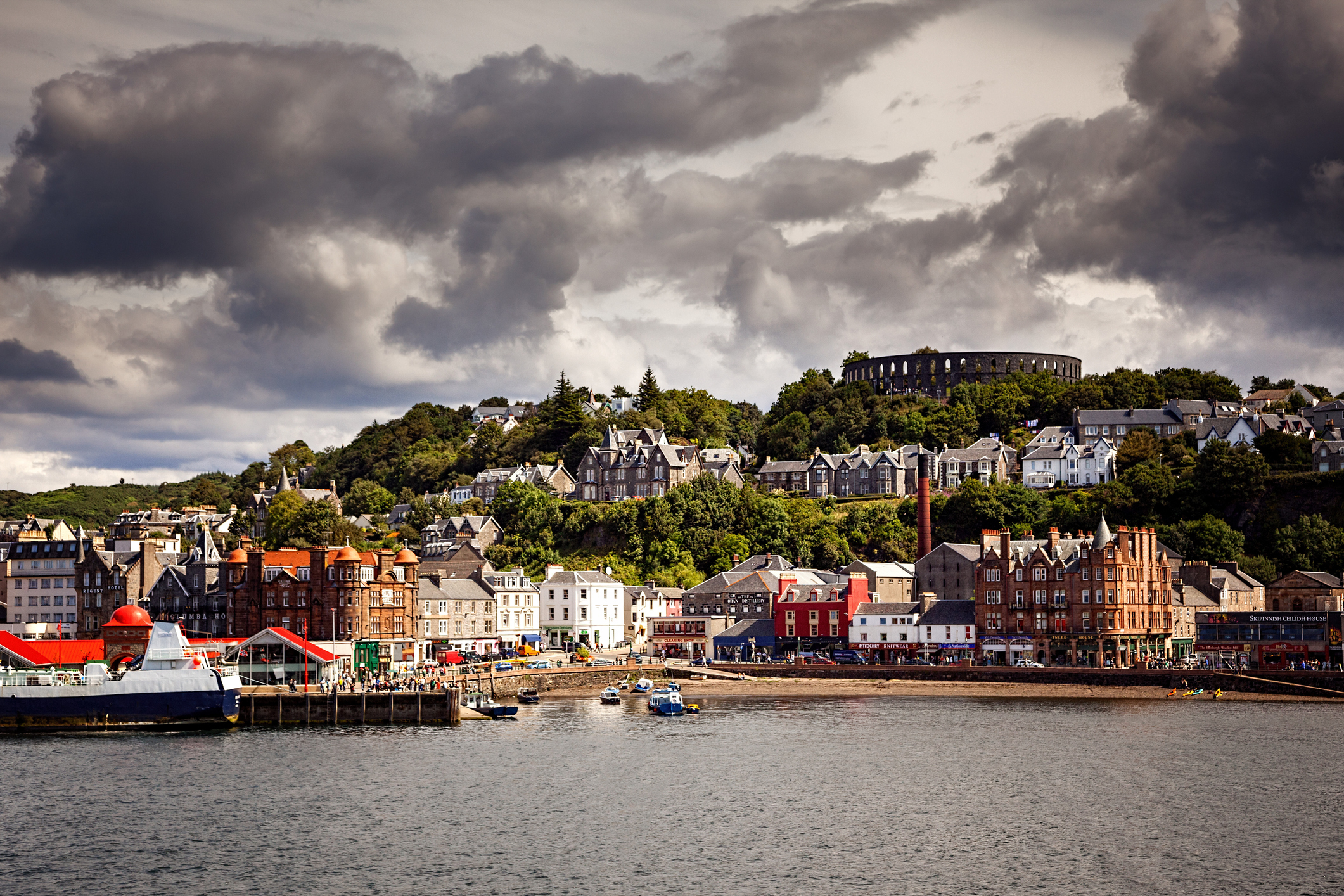 Oban Distillery: The spirit of Oban

Conveniently located at the center of Oban, this distillery was established in 1794 by brothers John and Hugh Stevenson. It was refurbished in 1890, and the building has seen little change since then. It remains one of the oldest distilleries in Scotland. It is also one of the smallest, with only two pot stills.

Tours are available year-round. Learn the ancient art of distilling whisky from knowledgeable guides. You can even do a custom tasting with the Distillery Manager. All tours end with visitors enjoying a complimentary drink of Oban’s 14-year-old West Highland malt whisky.

The many castles of Oban

These castles are steeped in history, and stepping into them gives you a glimpse into Scotland’s colorful past. Some are haunting ruins, while some remain stately homes.

See more of the sea

The sea around Oban offers so many activities you can do in, on, and just out of the water. There are boat trips available for you to see the different castles and historical sites mentioned earlier. Or you can have a wildlife-themed adventure in and around Oban.

You may want to experience the sea in another way. There’s a reason why Oban is called the seafood capital of Scotland. You’ll have a difficult time choosing where to dine on succulent seafood or to grab a bag of hot and tasty fish and chips. If heaven for you is a table teeming with lobsters, oysters, smoked salmon, crabs, and prawns, then you just died and went to Oban.

Oban is one of the destinations in Wheel & Anchor’s Scotland by Sea: Dublin to Edinburgh tour scheduled in May 2020. This 12-day cruise takes you down the rugged coastline of Scotland and the remote isles of Shetland and Orkney. Take an unforgettable journey as you discover the land of the Celts by sea. Interested? Then join us and get to explore the world with like-minded adventurers.