Not So Frozen: Why Pompeii’s Story Is Still Being Uncovered

One of Italy’s (and the world’s) best-known disaster stories isn’t quite as set in stone as you might think.

It’s the middle of an October night in the Roman city of Pompeii, and as it’s been doing on and off for the last 12 hours, the ground is trembling violently.

Earthquakes have been wracking the city every since Mount Vesuvius, just 5 miles away, turned from a sleepy neighbour to a thundering terror, starting around 1pm when a cataclysmic explosion tore the summit off the mountain. Across the Bay of Naples, the 17-year-old boy who would later become the lawyer and author Pliny The Younger watch the eruption cloud billow into the sky:

“...the appearance of which I cannot give you a more exact description of than by likening it to that of a pine-tree, for it shot up to a great height in the form of a very tall trunk, which spread itself out at the top into a sort of branches. [...] it appeared sometimes bright and sometimes dark and spotted, according as it was either more or less impregnated with earth and cinders.” 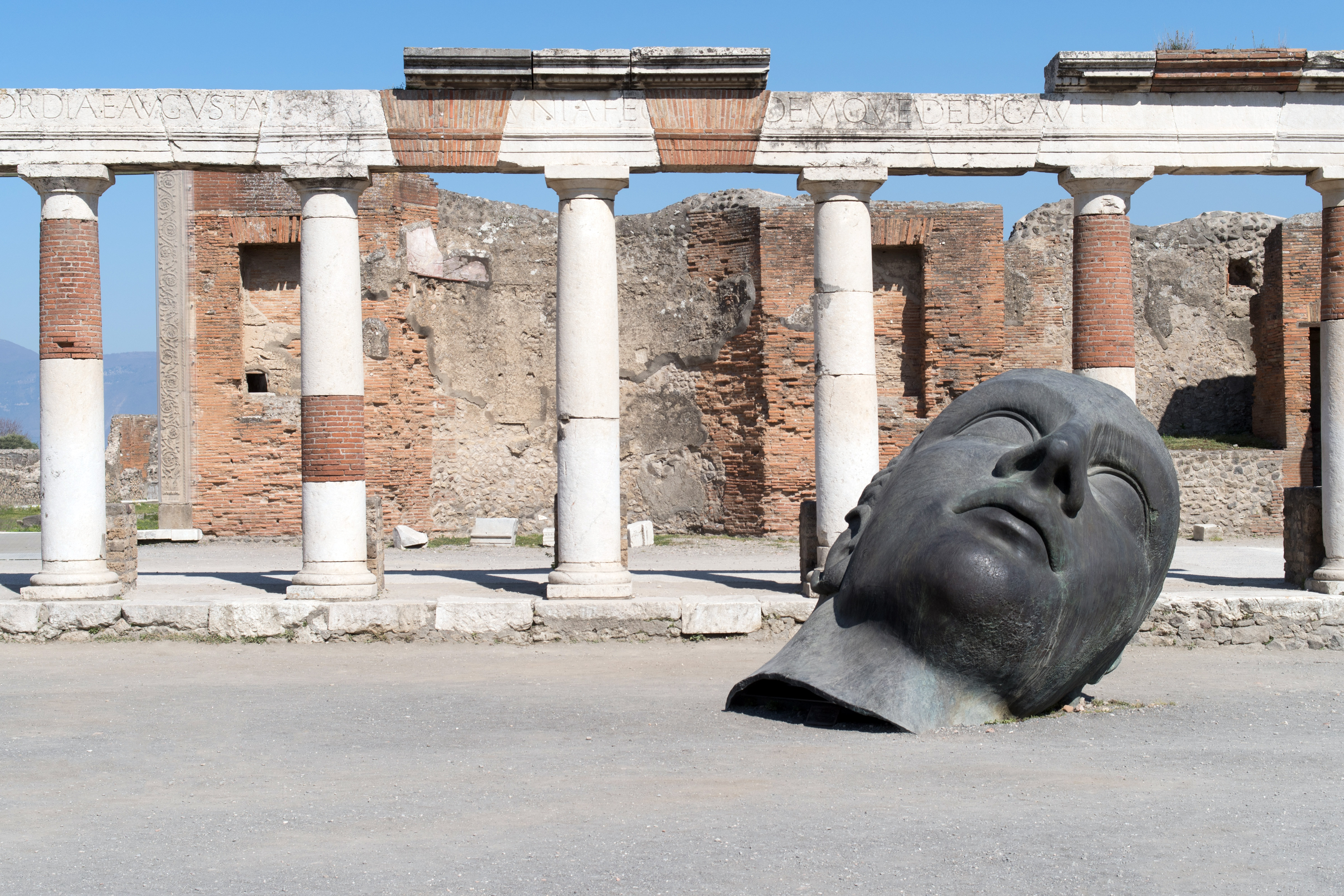 Soon ash began to fall on Pompeii - and this is where the classic modern-day stories kick in.

If you’re taking a tour of Italy and you’re visiting Pompeii to see its most famous features - the haunting plaster-casts made from the voids in the ash left by the eruption’s victims - then it’s easy to imagine that horrifying scene in AD 79. One by one, the people of Pompeii dropping to the ground, suffocated by the clouds of ash and dust that grow thicker and thicker through that first, terrible night. Then that same ash covers those bodies, burying them completely - and time does the rest.

For a long while, this was the story everyone believed. But then archaeologists joined forces with volcanologists to look at all the evidence - and they found something far more dramatic.

Pompeii is that rarest of things in world archaeology: a fabulously detailed set of remains that document a single event in time. It gives a tightly focused view of history that is freakishly unusual - almost everywhere else, the archaeological record is muddled and muddied from all the natural and manmade processes that shape the ground.

Here, though, two terrible days destroyed an entire city - and then the whole thing was sealed under compacted ash, protected for thousands of years until it was carefully excavated by modern science. It’s a wonder. 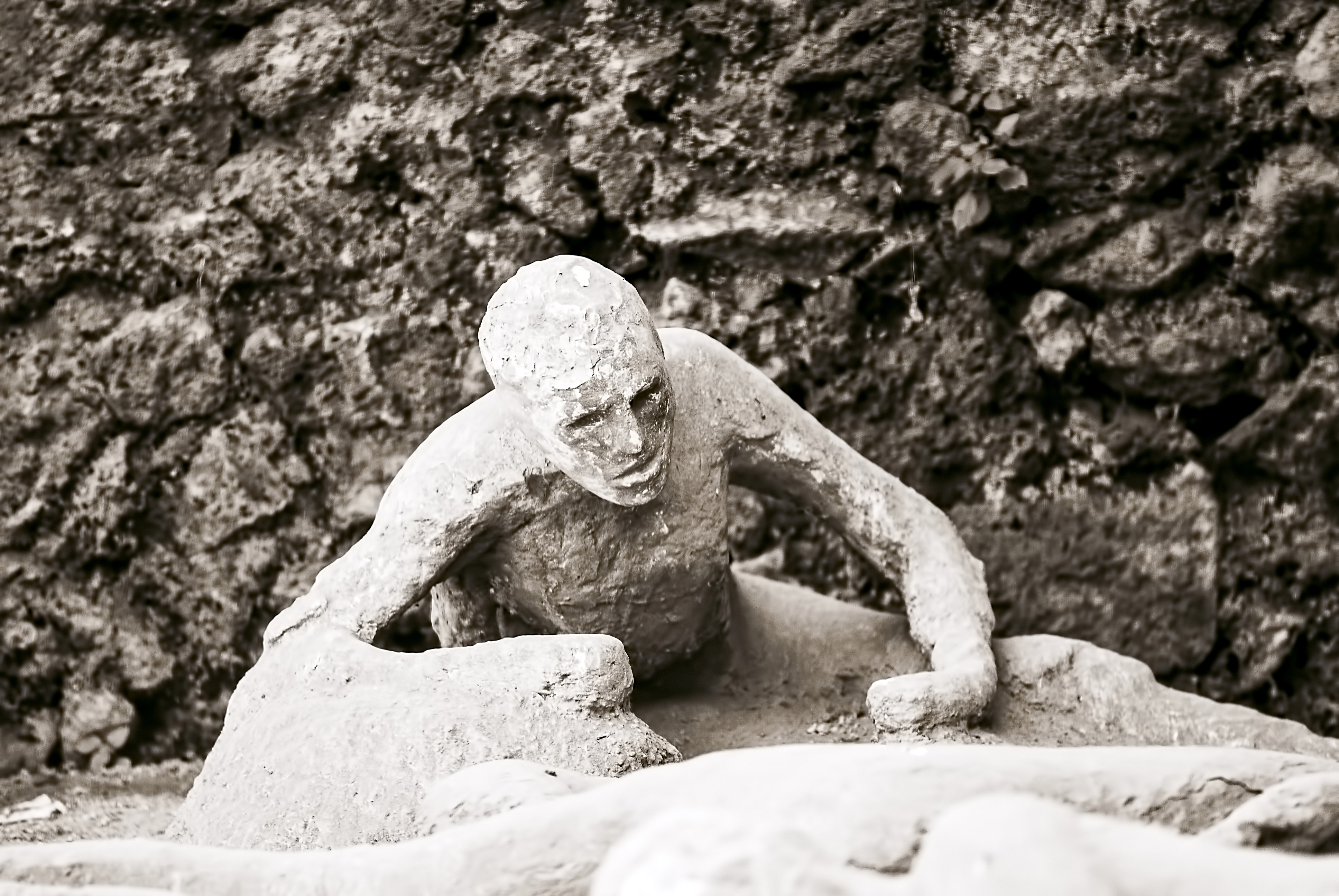 A poor victim in Pompeii of the eruption of Mt Vesuvius

But this hugely compressed timescale doesn’t account for the sheer apparent suddenness of it all. Take this horse, saddled and harnessed, ready to flee with its owner. Take the thirteen people seeking (but not finding) refuge in what’s now known as The Garden Of The Fugitives.

Whatever happened must have been terrifyingly quick - and thanks to a groundbreaking study in 2010, we now think we know the real story. Forget Pompeii being “frozen in time” - what happened to it was at the other end of the thermal scale.

It’s the middle of the night in the Roman city of Pompeii, and the ground is trembling. But it’s a different kind of tremor this time, accompanied by an overground roaring. Maybe for a second the air grows still - then heats up so fast that nobody has a chance to even call out.

It’s called a pyroclastic flow, and it’s one of the most fearsome dangers of any volcanic eruption. As millions of tons of rock are punched aside, a cloud of superheated gas and airborne rock is sent racing downslope.

The flows that ripped through Pompeii were around 250 °C (482 °F) - hot enough to instantly kill anyone in their path, even if they’re protected by buildings. It now seems most of its remaining inhabitants were killed not by a lack of air, but by a moment of terrible, unsurvivable heat.

Earthquakes, fires and pyroclastic flows continued to perform their terrible work upon what remained of Pompeii, and minute by minute, hour by hour, the hot ash and pumice kept falling. By the end of the second day, the city was gone - buried under 25 metres of volcanic debris.

There Pompeii lay under the ground, abandoned and quickly forgotten, until a chance discovery in 1592 let to centuries of investigation, excavation and rediscovery. Along the way, we’ve found ruined temples, haunting signs of human activity, obscene graffiti, carbonised delicacies that tell us what everyday Romans were eating, the Roman equivalent of a seedy dive bar - and all the signs of a thriving ancient city seared off the face of Italy by an unimaginable natural catastrophe. 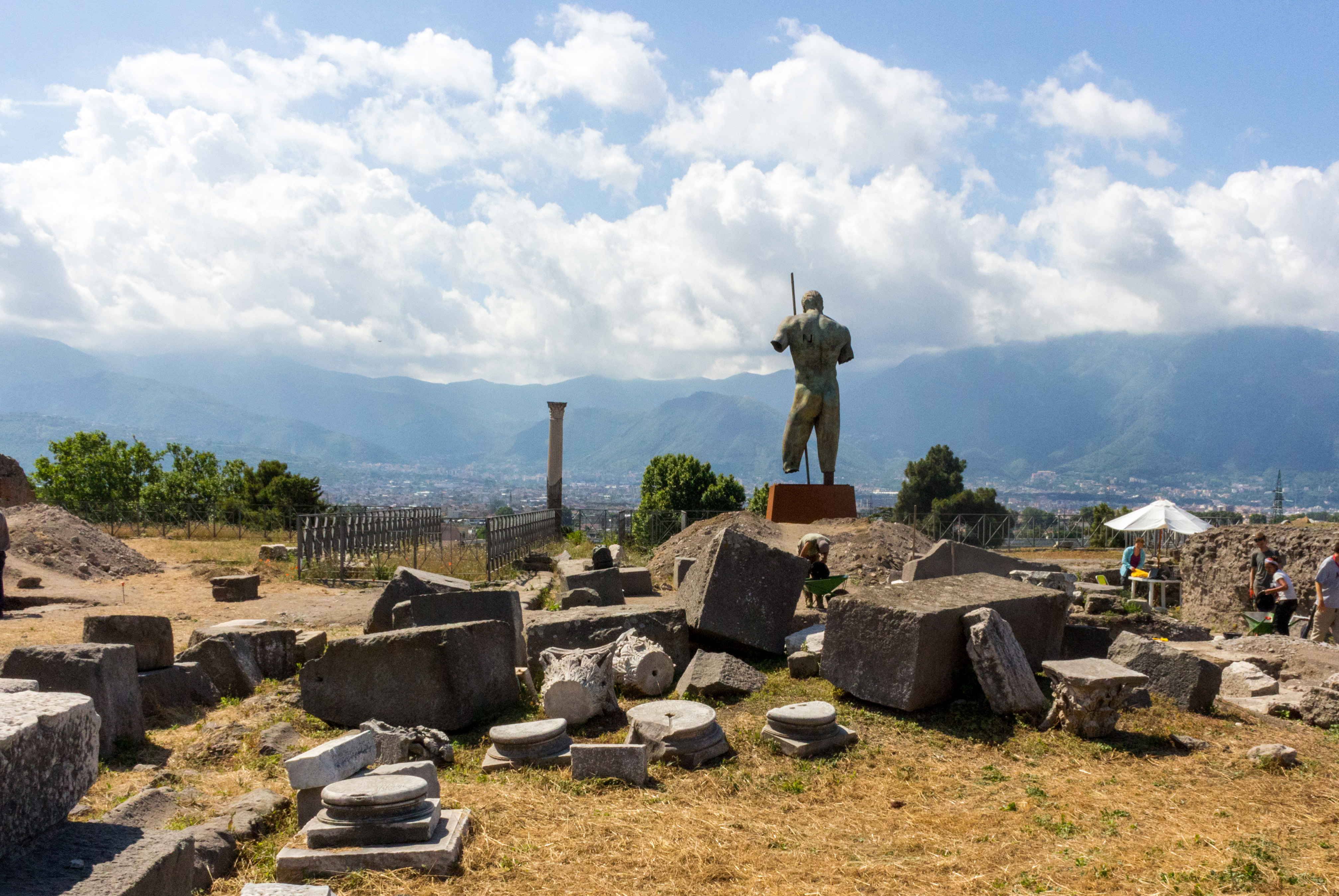 Today, Vesuvius remains an active volcano: its last eruption was in 1944. It’s profoundly unlikely that a city-levelling eruption on the scale of AD 79 will hit Italy again any time soon, and if it did, there’s already a plan in place to keep everyone safe - but for modern volcanologists, that’s not the point.

In the wake of The Great Pompeii Project of 2012, initiated by the Italian government to help preserve the site for future generations, a row has broken out between those investigating the city and those studying the volcano itself. By digging deeper into the city’s foundations in search of more clues to its history, volcanologists say that archaeologists are stopping them learning how the volcano’s destructive force played out - with implications for keeping the city safe in the future.

However you feel about where the government’s science Euros should be going, it’s a great time to visit Pompeii, with new discoveries all the time - like this absolutely stunning fresco of Narcissus that was uncovered in February. But with every discovery, the story of Pompeii shifts anew, sometimes in an expected direction, but occasionally in a way that changes everything.

It’s been 2,000 years, and in every sense, the world still hasn’t got to the bottom of Pompeii. It may look like history’s best-preserved moment in time - but no doubt it has a few surprises left. Stay tuned, humanity.