In 1842, Queen Victoria first set sail for Scotland...and promptly fell in love. Completely enamored with her northern kingdom, she would come back again and again, and create some of her fondest memories there — something that you’re bound to do when you embark on a cruise of the Scottish isles with us.

Mention Scotland and you think highlands, not islands. Blame Braveheart and Outlander — and even Victoria herself, who waxed poetic about munros, lochs, tartan, and ghillies — for the notion that Scotland is all rugged mountains and rolling moorlands. The country is actually made up of approximately 800 islands, and the mainland is surrounded by water on the north, east, and west (and partly on its south end) so you’re never more than a few miles from the coast wherever you may be in Scotland.

In fact, Edinburgh's busy center is a mere 2.5 miles (4 kilometers) from the North Sea. And as the Scottish capital is built on seven hills, there’s no dearth of great vantage points from which to catch glimpses of jagged coasts and dark blue waters. There are also some great beaches near the city, with Portobello to the east and Cramond to the north popular among locals and tourists alike.

Castles are another prominent feature of Edinburgh. The most famous of these are Edinburgh Castle and Holyrood Palace, both of which have, at one time or another, served as home or prison to various Scottish and English royals. Nearby are other palatial edifices, including several museums and cathedrals, and the Stirling Award-winning Scottish Parliament Building, which is a true study in modern architecture. 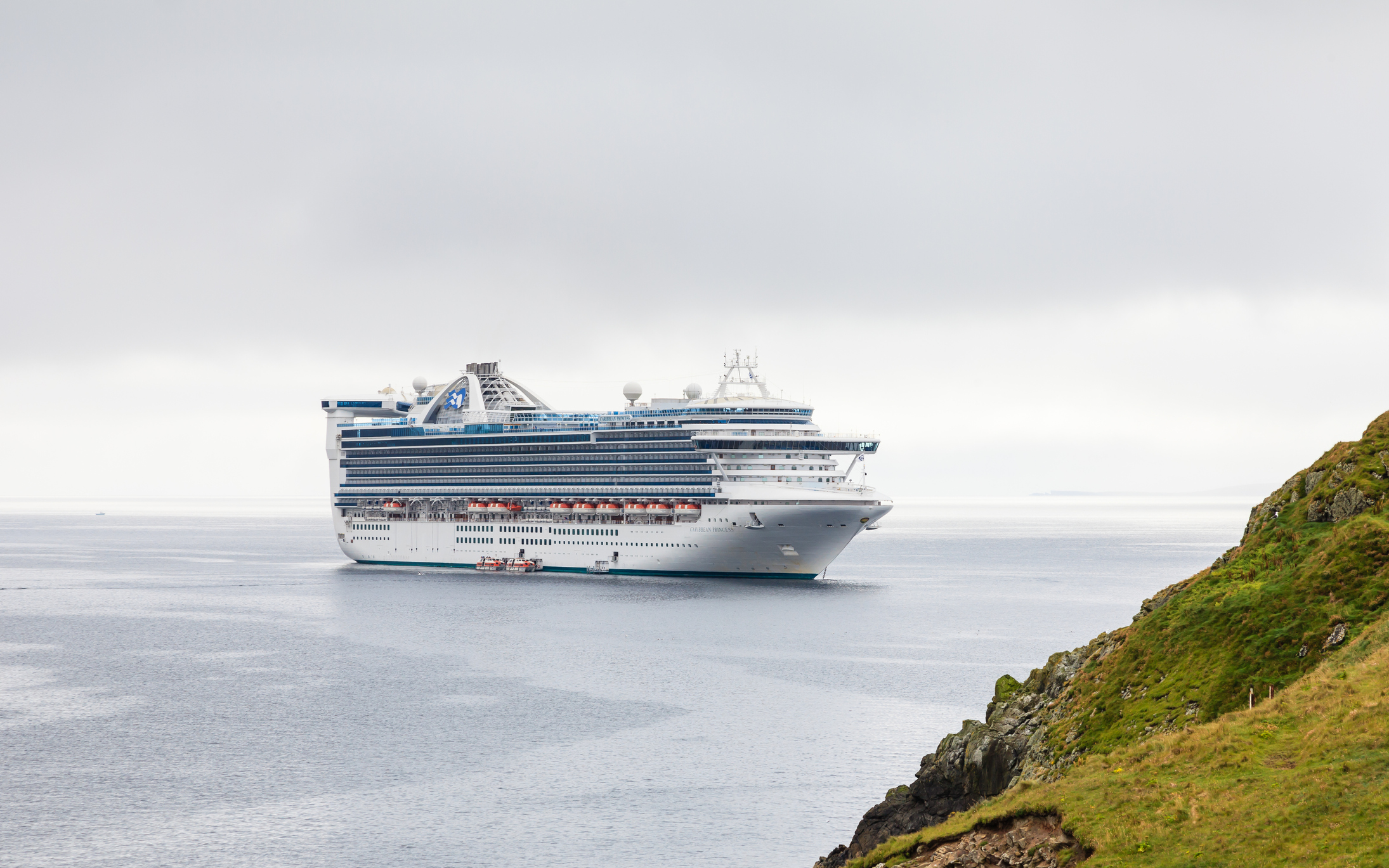 Scotland’s hundreds of islands are split into three main groups: the Shetlands, Orkneys, and Hebrides.

The Shetlands and the Orkneys are located off the northeast coast of the Scottish mainland. These islands are among the most remote and least populated in the world, but this only adds to their charm. They’re actually perfect for those who seek to leave the world behind — even for only a few blessed vacation days — and find solace in windswept hillsides, sandy beaches, and red sandstone cliffs.

Of course, you could also find solace in whisky, something that’s easy enough to do anywhere in Scotland but particularly so in the Hebrides. Nine world-renowned distilleries are found on Islay, the southernmost island of the Inner Hebrides, producing barrels upon barrels of smoky, golden Islay whisky every year.

If you prefer to get your high from nature rather than liquor, you’ll enjoy the breathtaking natural wonders of the Inner and the Outer Hebrides. Lace up your hiking boots and trek across undulating terrain to the Old Man of Storr, an imposing pillar of rock that stands guard over the Isle of Skye. Across the bay on the Isle of Mull, you’ll find the village of Tobermory, a jumping-off point for whale watching and wildlife cruises. And a walk down the sea-facing main street, past houses, shops, and buildings painted in vibrant hues, is a treat for the senses and will surely lift your spirits.

A wealth of wildlife

Scotland’s seas are teeming with a diversity of marine life. Minke and sperm whales are a common sight year-round, and it’s not uncommon to spot dolphins, porpoises, and sharks in late summer and early autumn. Puffins, gannets, kittiwakes, Manx shearwaters, and other seabirds nest on cliffs and ledges that hug the shore, and glide low over the water to forage for their next meal.

Just as diverse are the country’s highland, lowland, and island ecosystems. More than 30,000 lochs and 6,600 river systems serve as home to a variety of freshwater fish as well as waterfowl and mammals such as beavers. Similarly, the woodlands and moorlands harbor countless animal species, some of which are endemic to Scotland, including the St. Kilda field mouse, Fair Isle wren, and Scottish red deer.

Scottish cuisine doesn’t start and end with haggis, neeps, and tatties; there’s also seafood — a lot of it — in between. Scotland’s pristine, temperate waters have created ideal living conditions for an abundance of fish and shellfish that have long been part of the Scottish diet and are prized by connoisseurs of fine food across the globe.

For the traditional, dig into cabbie claw, a dish of cod flavored with horseradish and parsley and served with white sauce that’s popular in the Shetlands and the Orkneys. Boiled fish heads stuffed with oats, suet, and fish liver make a hearty meal called crappie heid, a favorite in Northern Scotland and the Hebrides.

For fancier fare, savor bite after succulent bite of Scottish salmon, famed not only in Britain but also in countries as far away as Japan. Native oysters, once considered a “street food,” grace fine dining tables throughout Scotland, enjoyed au naturel or with cream, spinach, and heaps of butter.

And if you’re not up to your gills in seafood after all this, set out on a culinary journey on The Seafood Trail. Work your way up and down the west coast sampling the finest crabs, langoustines, Shetland mussels, Barra scallops, and Gigha halibut that Scotland has to offer while losing yourself in the breathtaking scenery and enjoying the company of the locals and fellow travellers with a passion for food and adventure.

The Wheel & Anchor community is made up of just that — individuals who find joy in the scenic and culinary delights they stumble upon in their travels. Join us and build friendships over unforgettable experiences in Scotland and other spectacular spots all over the world.