Why visiting Capri might make you not want to come home

Visiting the island of Capri in Italy? You might not miss home.

You need certain things if you’re going to Capri — and we are not referring to items like a visa, passport, and a couple of euros. You need time and lots of it. Longer stays instead of just a few days is best when spending a holiday in Southern Italy (which is what our travel tribe has planned in our tour of Italy from North to South). 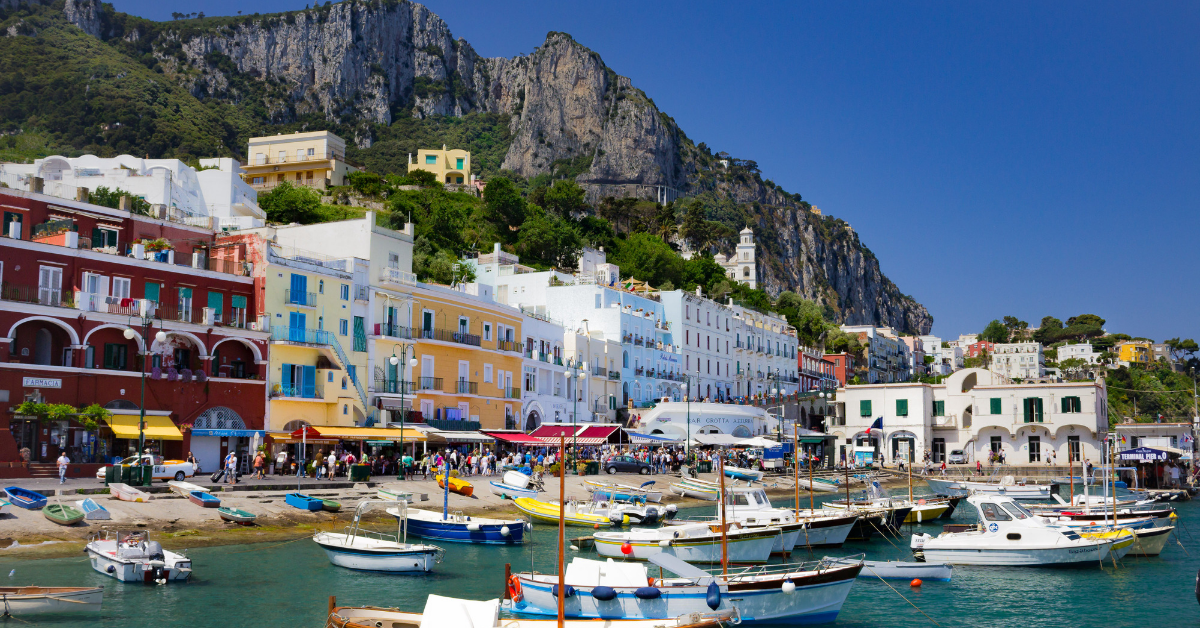 Capri, an island in Italy’s Bay of Naples

Paradise at your doorstep

From the moment you dock, Capri will mesmerize you and make you want to live there. This island was home to the likes of Curzio Malaparte and William Somerset Maugham who lived in villas on the island, and Mariah Carey who owns a villa on the island.

Not that Capri is only for the fabulously wealthy and famous. Visitors can find pleasure in watching the hubbub in the colorful fishing port of Marina Grande, while you sit in one of the ristorantes and caffetteria.

Marina Grande is the biggest beach on the island and likely the first place you’ll set foot in before you go to mainland locations Sorrento, Positano, and Amalfi. For Roman emperors in ancient times, it was a port. For today’s travelers, it’s a picturesque backdrop and a springboard to explore the island and neighboring towns. 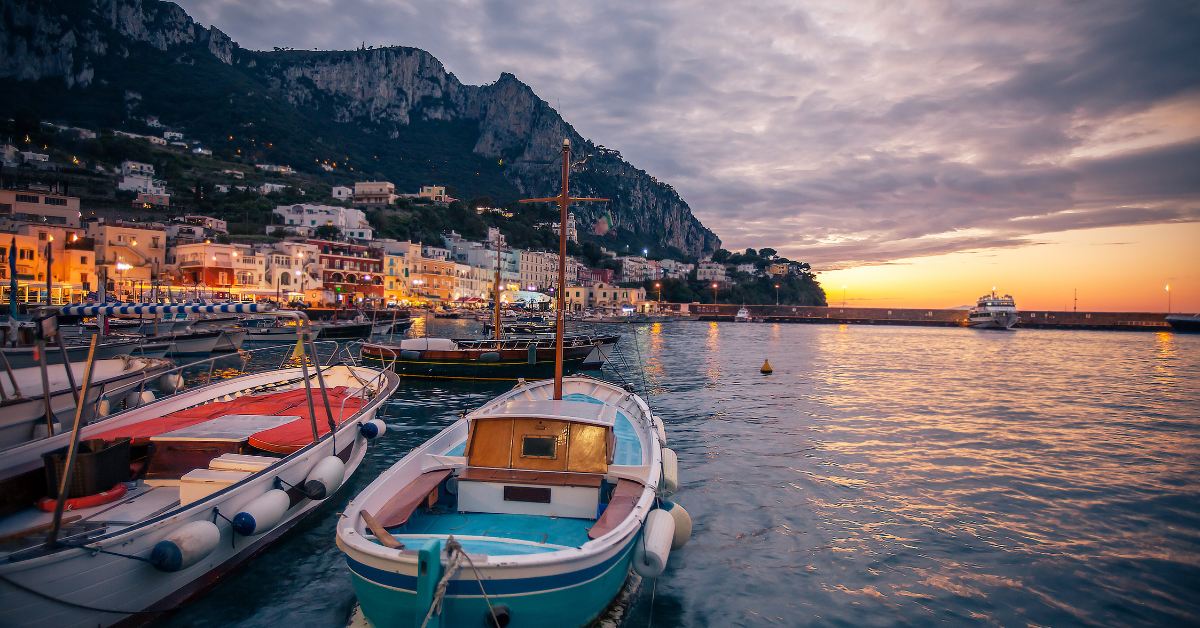 Take trips to grottos like Grotta Azzurra (Blue Grotto), a spectacular sea cave flooded with brilliant blue light coming from a tiny arched opening. Enjoy the gentle bobbing of the boat as it circles around the cave. And if you’re lucky, the barcaioili (boatmen) might just hum traditional Italian tunes for you as you sail along luminescent waters of the grotto. Grotta Bianca (The White Grotto) and Grotta Verde (The Green Grotto) are also fascinating and worth visiting.

Better yet, bring a canvas (or a sketch pad), some paint, and a brush. Paint the Tyrrhenian Sea from your suite. Or take pictures and capture stunning views on video and share them with friends and family back home.

Some travellers might think that the only thing to do in Capri is to gaze at breathtaking views of the Mediterranean, the grassy and rugged cliffs surrounding them, and the magnificent gardens. But the island is also great for those who prefer their trip to be active.

Conquer Capri by walking just about anywhere, although some areas are quite steep — such as the route from Marina Grande to Capri town — and might require a bit of exertion. Seeing the whitewashed stone buildings, cool boutiques, and chic bars, however, make it worth the trek. 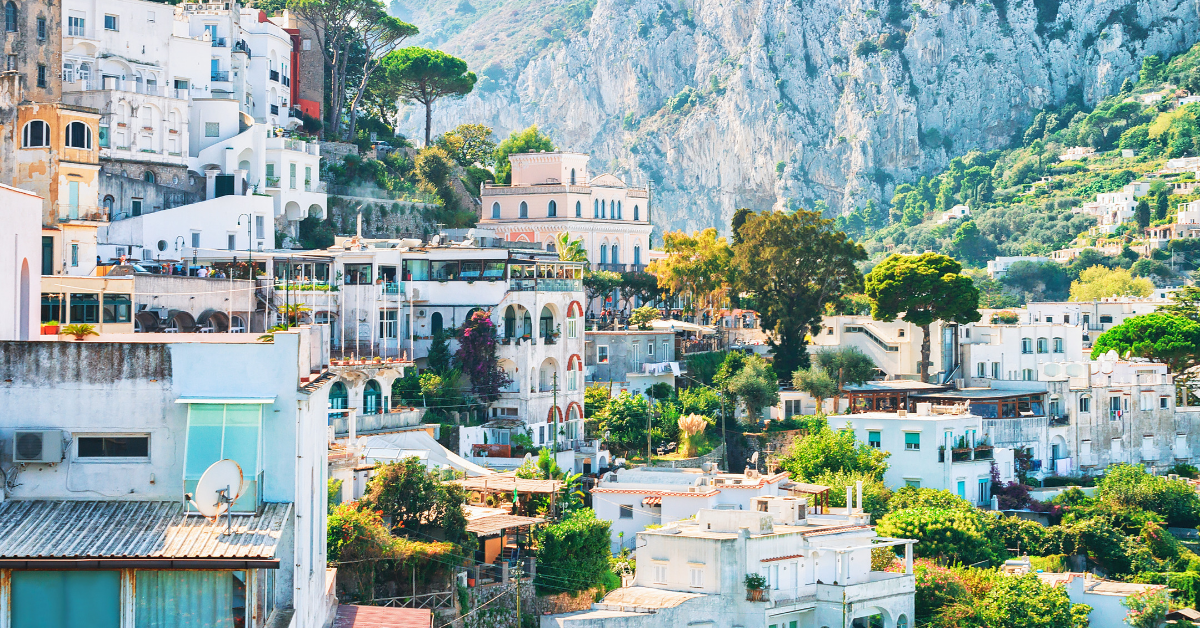 Stroll along ancient alleys and head towards the Piazzetta, a small yet charming square bustling with activity and often swelling with festive crowds. Bumping into or seeing a celebrity, a famous athlete, or royalty isn’t unheard of in this quaint space. And what lovelier way to spend time in La Piazzetta than to feast on hyperlocal Italian dishes or enjoy cool cocktails while people watching. To go to Piazzetta, take the funicular, a cable car that goes up and down the hills and languidly cuts through towns. Of course, taking a walking tour is also recommended.

In the Garden of Augustus (formerly named Krupp Gardens), there are several terraces in which to see stunning panoramas of the Faraglioni Rocks and the Marina Piccola Bay.

If you don’t mind sweating it out, a hike to Villa Jovis offers even more amazing views, and a chance to see (and take photos of) the ruins of the homes of Emperor Tiberius and the infamous Emperor Caligula.

That zesty nectar that complements every Italian meal

Perhaps a taste of locally produced limoncello won’t be enough to convince you to live in Capri, but the wide variety of this zesty liqueur might convince you to stay longer than planned. Drinking and making limoncello is part of Italian tradition, and a trip to this limoncello-producing region might just make a connoisseur out of you. Italian cuisine is exquisite, which is not up for debate; and organic, home-made limoncello is the kick you need after every hearty feast. 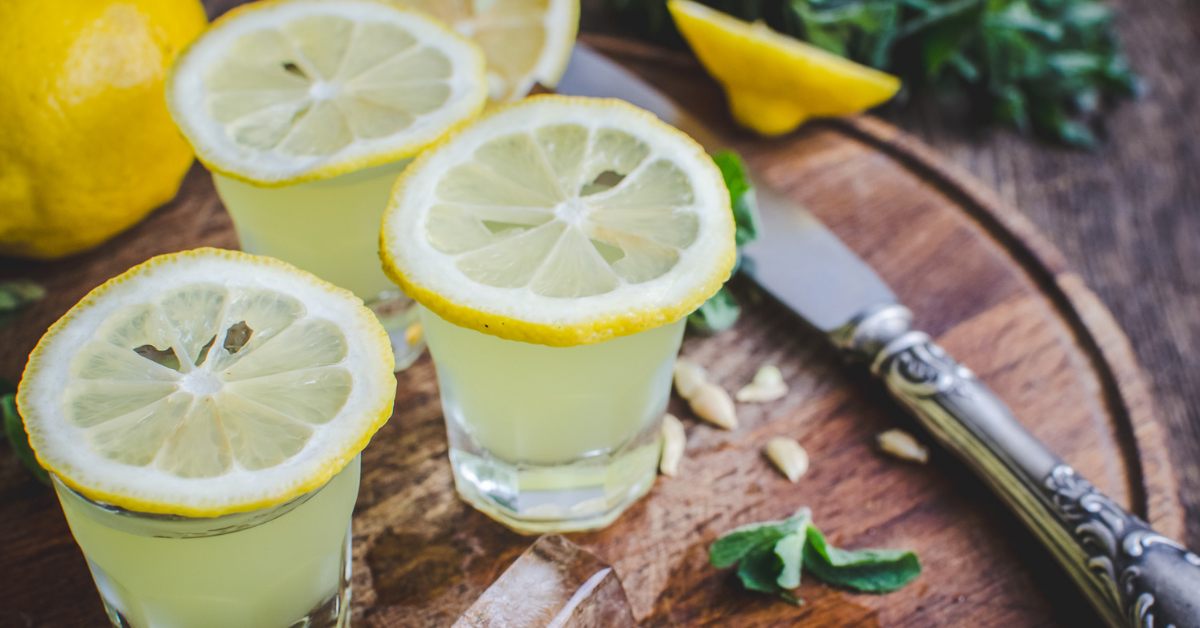 It’s widely believed that Capri was not, in fact, the birthplace of limoncello, especially if you ask producers from Sorrento and Amalfi. But regardless of the citrusy liqueur’s origins, the Capresi won’t be denied of their right to claim a limoncello-making heritage.

Perhaps you’ll want to learn how to make authentic limoncello made of fresh, fragrant lemon peels, resulting in a splendid lemon liqueur. It’s a widely practiced art. Learning how to make one is something you can take home — should you ever want to.

Travel with the passionate explorers at Wheel & Anchor as we explore Italy’s most stunning destinations in our Italy: North to South tour in October. Join our tribe or schedule a call so we can discuss your travel options.

What makes wine tasting in Italy worth the long flight?