Forget The Words, Taste The Darkness: The Delicious, Confusing World Of Irish Stout

This first sip is thick in my mouth - half from the frothy, creamy sweet head at the top of the glass, and half the much cooler, bitter liquid from beneath, the dark part of the beer, drawn up through the cream (it’s not really cream, but we’ll get to that) - and the two very different flavours combining, flooding my tastebuds with something contradictory, confusing and absolutely delicious...

You never forget your first Guinness.

But the weird thing is, you don’t forget your second either, or your third, or any others since. 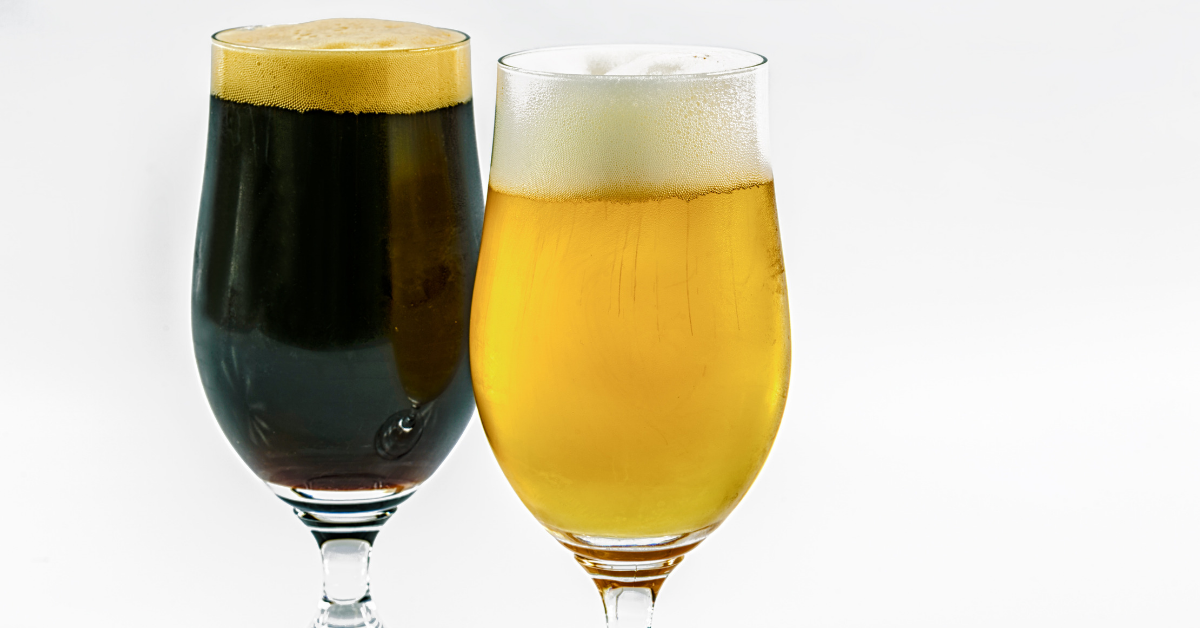 That’s the thing about Irish stout. It’s always the same intense, rich, lip-smacking experience, less like drinking a beer and more like downing a pint of liquified wholemeal bread wrapped in silk.

If you’re in Dublin for any reason, you’re going to drink Guinness. It’s an unspoken requirement. Even if you don’t like beer, an expectation will hover in the air that you should at least take a tiny sip of someone else’s, and ideally say something pleasant about it.

It’s not the only one, but Guiness is the world’s most famous stout - and if you’re wondering what on earth that is, beware, because the history (and the terminology) is dauntingly confused to say the least.

For starters, “stout” started its life as a term applied to beers to denote a certain strength. You could have a “stout ale” or a “stout bitter” (this is where you start to pity anyone learning English as a second language and encountering already-established words being used like this).

But from the beginning, “stout” (meaning strong) was usually paired with “porter” - a dark, rich, malty beer that first became popular with 18th-Century porters in London, hence the name.

Its popularity was down to its sturdiness. Because of its malty richness compared to the average beer of the time, a porter took a lot longer to spoil - which is why it became immensely popular for export and trading deep into the British Empire. Porters were also heartier and cheaper, and if you were working-class with not much money to rub together, a thicker, longer-lasting beer was the obvious choice.

Sometime in the mid 18th Century, London’s polite society gravitated towards paler ales as a sign of refined taste, perhaps in much the same way that tea took hold in all the coffee-houses across the country (yes, the English were coffee-lovers first, which is something the English tend to keep quiet about these days). 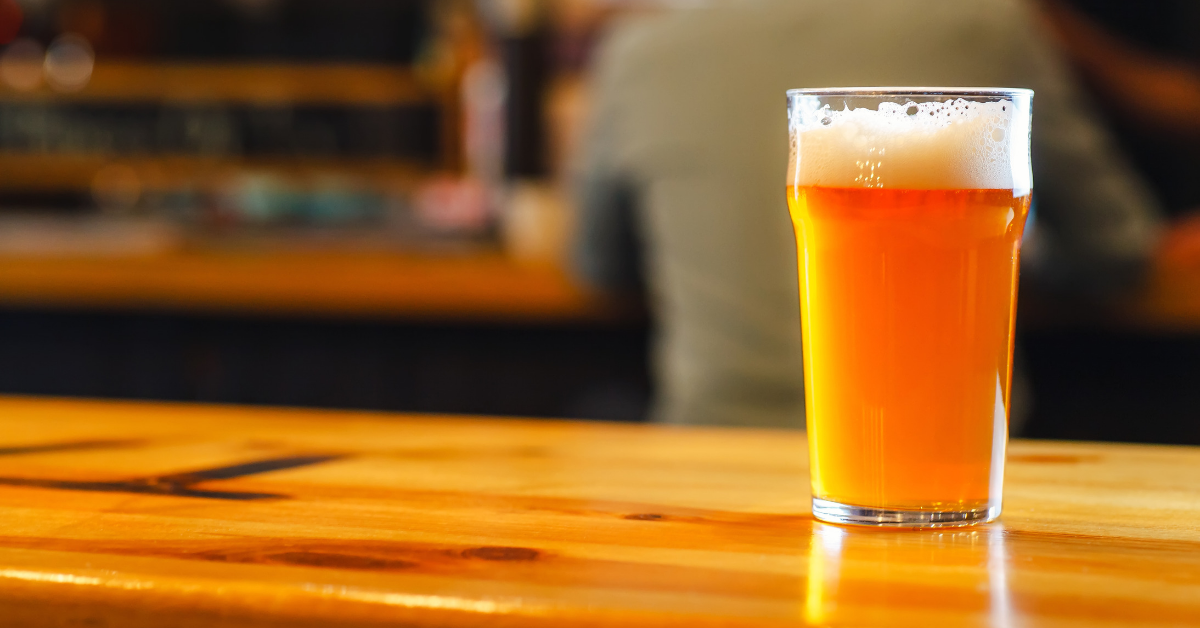 However, in Ireland, pitch-black porters were embraced as the only sensible drink for working men, the stouter the better. Over time, porter and stout became used in an interchangeable way - and nowadays, except among the most knowledgeable beer-drinkers, one pretty much means the same as the other, with “stout” being the most commonly used.

One of the joys of supping a cold stout is the first time you smack your lips after taking a draught. In your mouth, the bittersweet flavours are warring with each other - but at the back of your throat, the pitch-dark liquid that makes up most of the beer is responsible for a smoky, bitter taste like dark chocolate or coffee.

It’s obvious why this is. Chocolate and coffee come from roasted beans - and the taste of stout comes from roasted barley and malt.

Guinness liquor looks like espresso for good reason, with a bitter maltiness that’s never rough on the palate, and a low alcohol level (4-5% ABV) that’s compensated for by the thickness of the drink. It doesn’t go to your head, but whew, one pint and you’re too stuffed to continue.

(From personal experience: half a Guiness is a great way to line your stomach before a rich meal and prevent yourself from overindulging.)

You’re also, according to common lore, a little healthier than you might have been with some another tipple. Stouts contain some of the same antioxidants as found in fruit and vegetables - which inevitably led to manufacturers claiming it’s healthy. In theory (with a lot of very optimistic hand-waving here), stout could, in moderation, help maintain a healthy heart and reduce the risk of blood clots.

Guinness was the cheekiest of everyone. It hired author murder-mystery author Dorothy L. Sayers to coin the slogan “Guinness Is Good For You”, which turned into “A Guinness A Day”. This campaign survived for 40 years until advertising standards cracked down on unverifiable health claims.

(These days, the company’s official line is firm: "we never make any medical claims for our drinks.)"

Guiness have always been savvy with its marketing. It’s the iconic stout: a black body with a white head, as recognisably Irish as a shamrock.

That whipped-cream-like head, by the way, is a relatively recent invention. Traditional stouts foamed up to create a tan head and a yeasty aroma - created by using a frothy mixture of just-made beer and topped up with settled, matured beer from casks.

These days Guinness exports to places where making fresh stout is impractical (and hasn’t used casks for decades) so it uses specially made nitrogen-dispensing kegs to create its signature “black / white” appearance.

They’re certainly not the only stout makers in the world, but Guinness certainly seem the most committed. The company started on the 31st December 1759, when Arthur Guiness signed a lease agreement on the St. James’s Gate Brewery, Dublin, for the then-considerable sum of £45 per year.

He must have been feeling confident of success that day - because the lease was for the next 9,000 years.

It took him ten years to start exporting his first barrels of ale, and nine years to start creating the porter that made his company famous - but Mr Guinness, and the £2 billion company he created, haven’t stopped brewing since.

Part of stout’s enduring popularity is when it’s drunk - which is, “at every meal, and in between them as well.” There is no particular time to drink it. You can even have it with dessert, especially if you choose a chocolate stout (yes, there’s such a thing, sold by Canada’s Muskoka Brewery, among others). 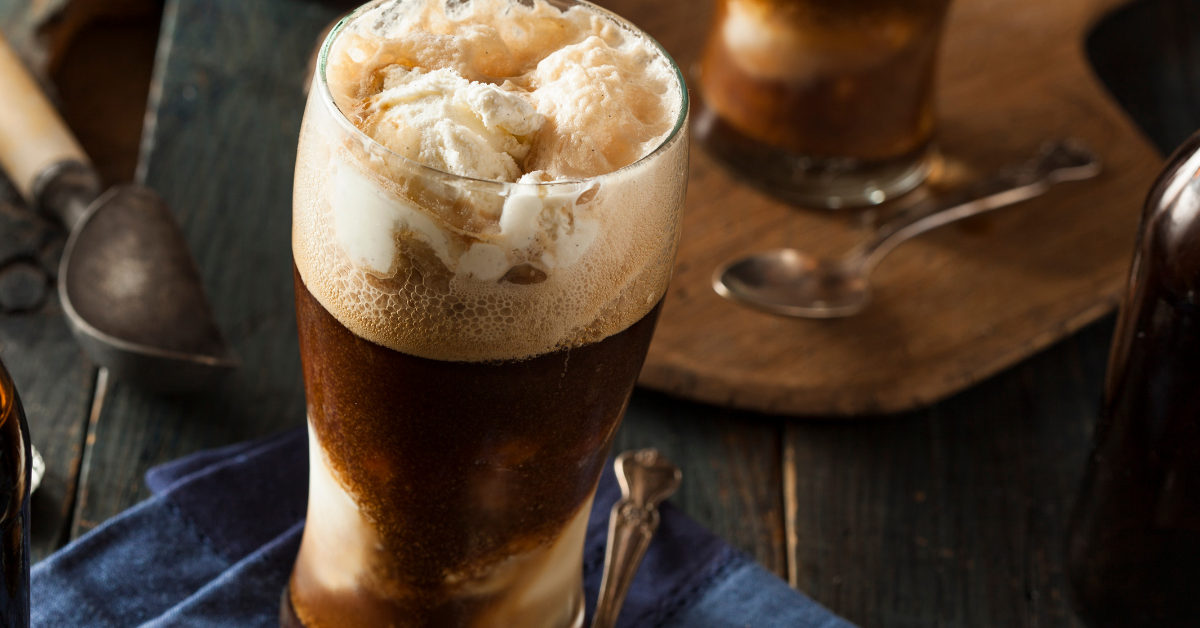 If you’re feeling particularly brave, there are stouts designed for breakfast - and Dublin even has pubs with special licenses that allow them to serve beer from 7am onwards.

However you do it, and whatever your thoughts on beer, take a sip when you’re passing through Dublin (where the stout is at its best). Let it work your magic on you.

And if you like it, be reassured - the next one will taste just as good.

They say Guinness tastes better in Ireland, and there's only one way to find out...join Wheel & Anchor for an exploration of  Ireland in 2023...get more information here!