Back in the late ’80s and early ’90s, your knowledge of this Australian landmark may have been limited to the movie A Cry In The Dark, best known as the one with Meryl Streep in a strange accent going, “The dingo’s got my baby!”

Happily, there’s more to Uluru than wild dogs snatching little kids. (And for the record, there has never been another reported dingo attack on humans in the area after that.) No Australian tour is complete without a stop at this natural wonder located in the Northern Territory of Central Australia.

In 2020, Wheel & Anchor’s Kangaroos & Kiwis: Australia & New Zealand tour will take place from October 25 to November 25. On the first leg of the tour, you’ll get a chance to spend two nights around Australia's mythic rock. So here are a few fascinating factoids that will surely make your trip to Australia’s iconic landmark all the more engaging.

Uluru is one of the largest sandstone rocks in the world. It stands 863 meters high, a massive rust-red boulder rising in the middle of a vast, flat lowland. It is also very old. The most accurate estimated age of Uluru is 600 million years old; in contrast, the first humans to settle around its base was recorded at just around 10,000 years ago. 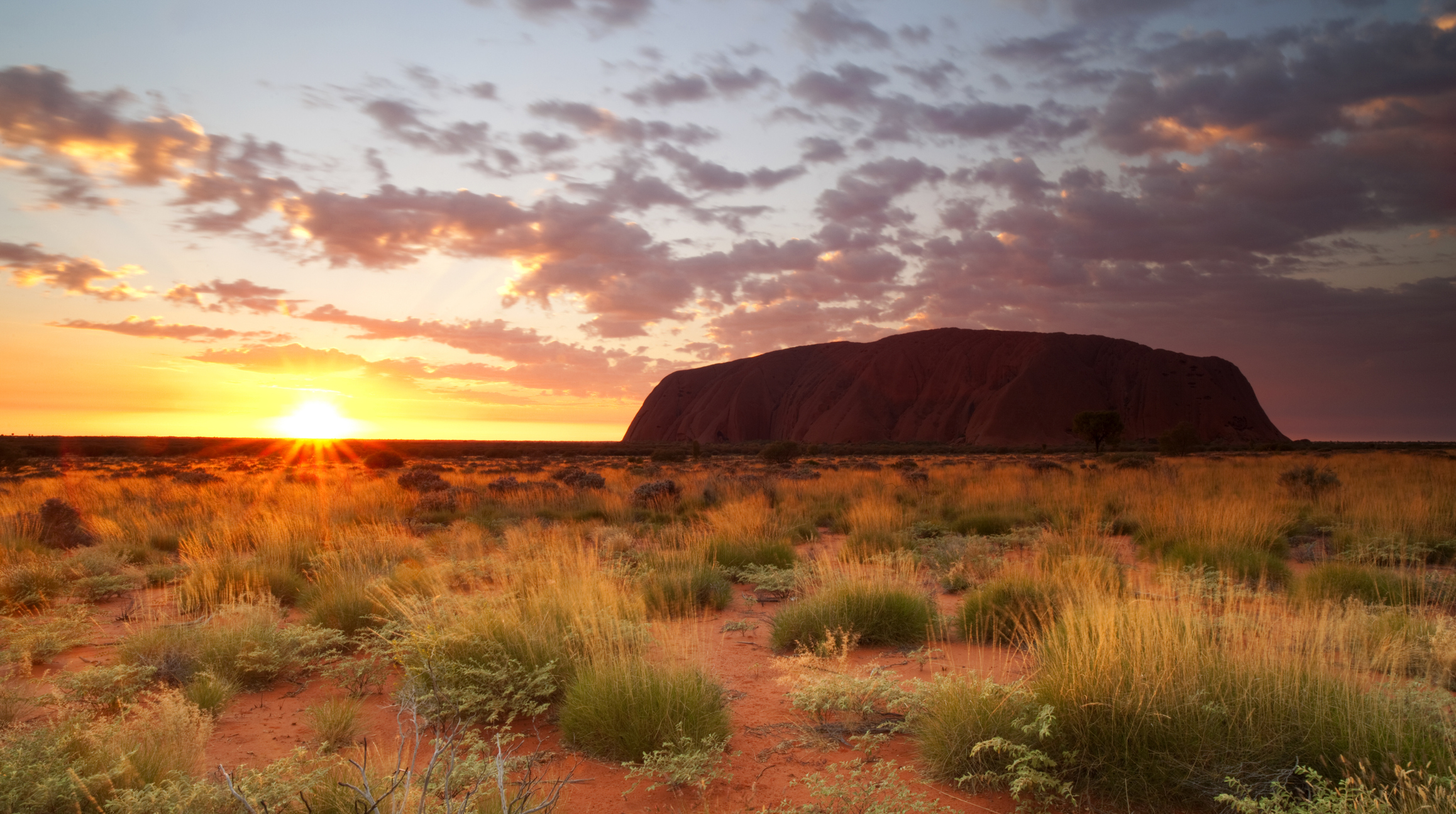 The famous Uluru Rock at dawn

Rising 348 metres from the ground, Uluru is taller than the Eiffel Tower. However, most of its bulk lies underground, like how most of an iceberg’s size is hidden below the water’s surface. Uluru extends 2.5 kilometres below the ground!

Is it an inselberg or a monolith?

Geologists call Uluru an inselberg, which literally means “island mountain”. An inselberg is defined as “an isolated rock hill, knob, ridge, or small mountain that rises abruptly from a gently sloping or virtually level surrounding plain,” and Uluru definitely fits the description.

However, non-scientists have often used monolith to describe Uluru as well as many other geological structures, including mountains, large isolated hills composed of several rock types, blocks of ice or icebergs, glaciers, and many more. Because the term monolith describes a wide variety of features involving different criteria, scientists avoid using it as a geomorphic term.

Put it this way: monolith is an easy though imprecise way of describing Uluru, and is used in non-scientific discussions. But if you want to be precise and impress your scientist friend, then go ahead and call Uluru an inselberg. 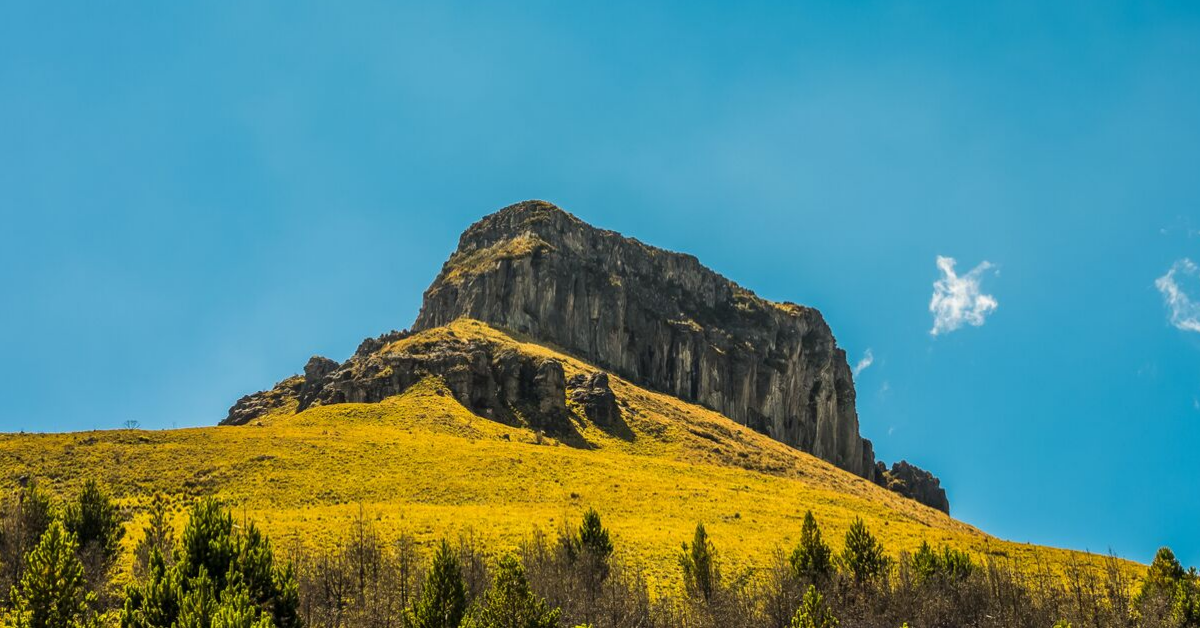 A sample of an inselberg in the Ecuadorian Andes

Is it Uluru or Ayers Rock?

The humans who first settled in the area consisted of two tribes, the Pitjantjatjara and the Yankunytjatjara. Collectively known as the Anangu people, they named the rock Uluru and consider it and the surrounding grounds sacred.

In 1870, when European explorers started mapping out Central Australia, they came upon the massive rock and named it after the Chief Secretary of South Australia at that time, Sir Henry Ayers.

It was only in 1993 when the Australia government enforced a dual naming policy, and the rock became officially known as “Ayers Rock/Uluru”. But following a request by the Regional Tourism Association of Alice Springs, the town nearest to the site, the official name was reversed to Uluru/Ayers Rock in 2002.

Is it Gosse or Giles who named the rock?

Two names often come up when searching for the person responsible for the name Ayers Rock. Many say it’s surveyor William Gosse; others point to the explorer Ernest Giles.

Giles travelled through the area first in 1872; during his first visit, he named Lake Amadeus and Mount Olga. The following year Giles went back to Central Australia, but Gosse had also visited the territory before Giles’s return in 1873.

Gosse came upon Uluru on July 19, 1873 and named it Ayers Rock. Technically, he beat Giles to the punch. However, Giles was recorded as the first European to ever climb the rock, so between climbing up the landmark and actually naming it, it’s understandable if people were, or continue to be, confused. 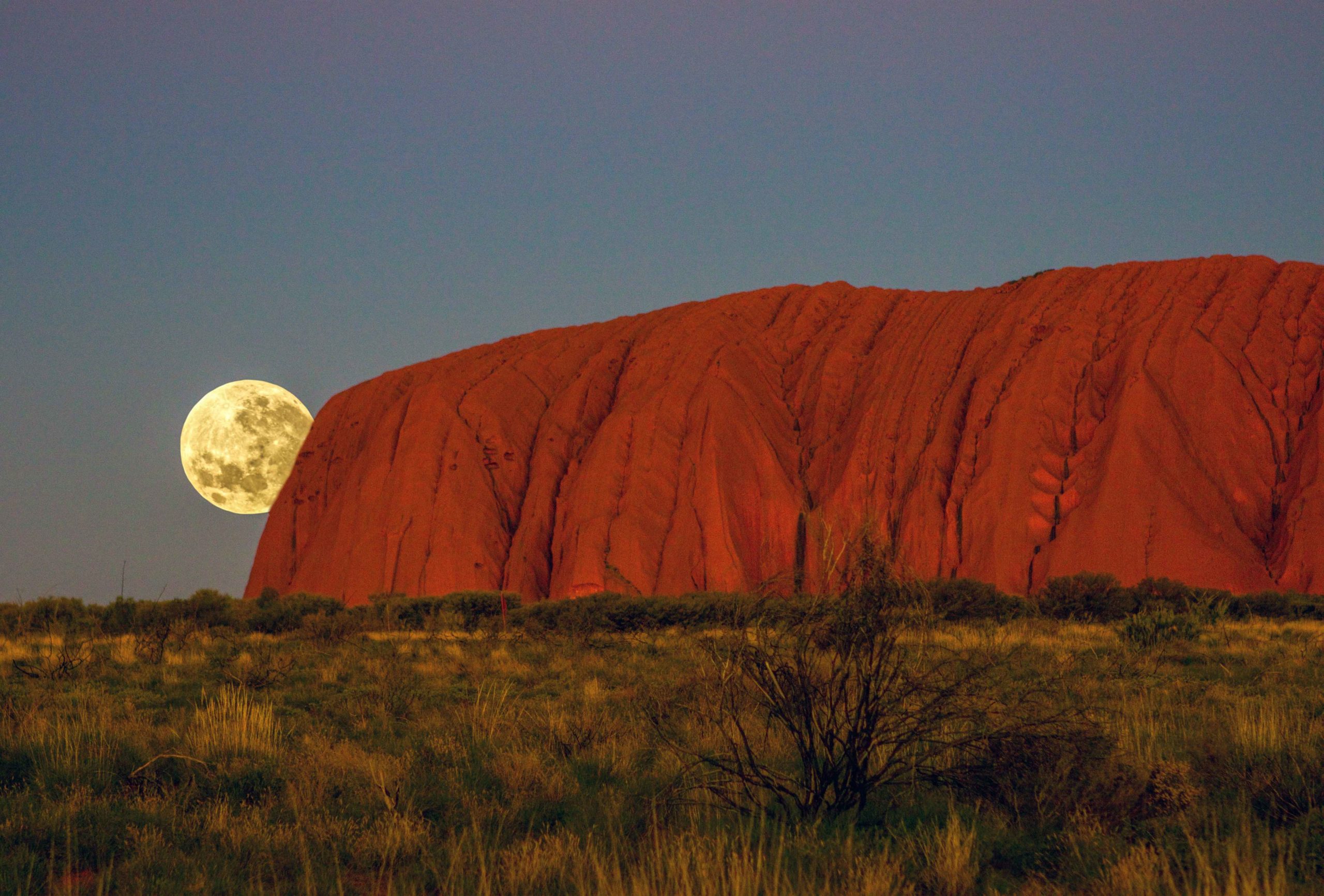 The official name of the rock was reversed to Uluru/Ayers Rock in 2002.

As mentioned, the Anangu people hold the rock and the area surrounding it sacred. In 1985, after the Australian government returned ownership of Uluru to the Pitjantjatjara, the aboriginal tribes requested that tourists observe the following when visiting Uluru:

Of kangaroos and kiwis

Uluru is one of the most requested places to visit by Wheel & Anchor members. When you join the Kangaroos & Kiwis: Australia & New Zealand tour in 2020, you’ll be among like-minded adventurers who are genuinely excited to experience the majestic, spiritual splendor of Australia’s iconic landmark. Don’t miss this opportunity! Sign up now for the tour, or if you’re not yet part of the W&A community, sign up and be a member today.