Celebrate the old and the new in historic Havana

At 500 years old, Havana is one of the oldest cities in the Americas and one of the most historic, too. It is a city frozen in time, its streets crawling with candy-colored classic cars and lined with an eclectic mix of houses and buildings from bygone eras. Yet if you look past its crumbling facade, you will see that Havana is slowly inching into the 21st century, eager to welcome and be part of the modern world.

Castles by the bay

Echoes of the past resound throughout Havana. The mere act of stepping out into the street — any street — is like stepping back decades, even centuries, in time. But if you want to go back to where it all began, head on over to Old Havana. It’s where Havana as we know it today was born, the heart of the city and Cuba itself since the 16th century.

Old Havana started out as a humble settlement on the western edge of Havana Bay. Gradually, the Spaniards turned it into a fortified city to protect it from pirates and privateers. Fortifications include Castillo del Morro and Fortaleza de San Carlos de la Cabaña, which comprise the Parque Histórico Militar Morro-Cabaña, one of the largest fortress complexes in the Americas. El Morro has a lighthouse you can climb for stunning views of the bay and the city, while La Cabaña is home to Museo de Comandancia del Che, where pictures of and items owned by Argentinean-born Cuban revolutionary leader Che Guevara are on display. 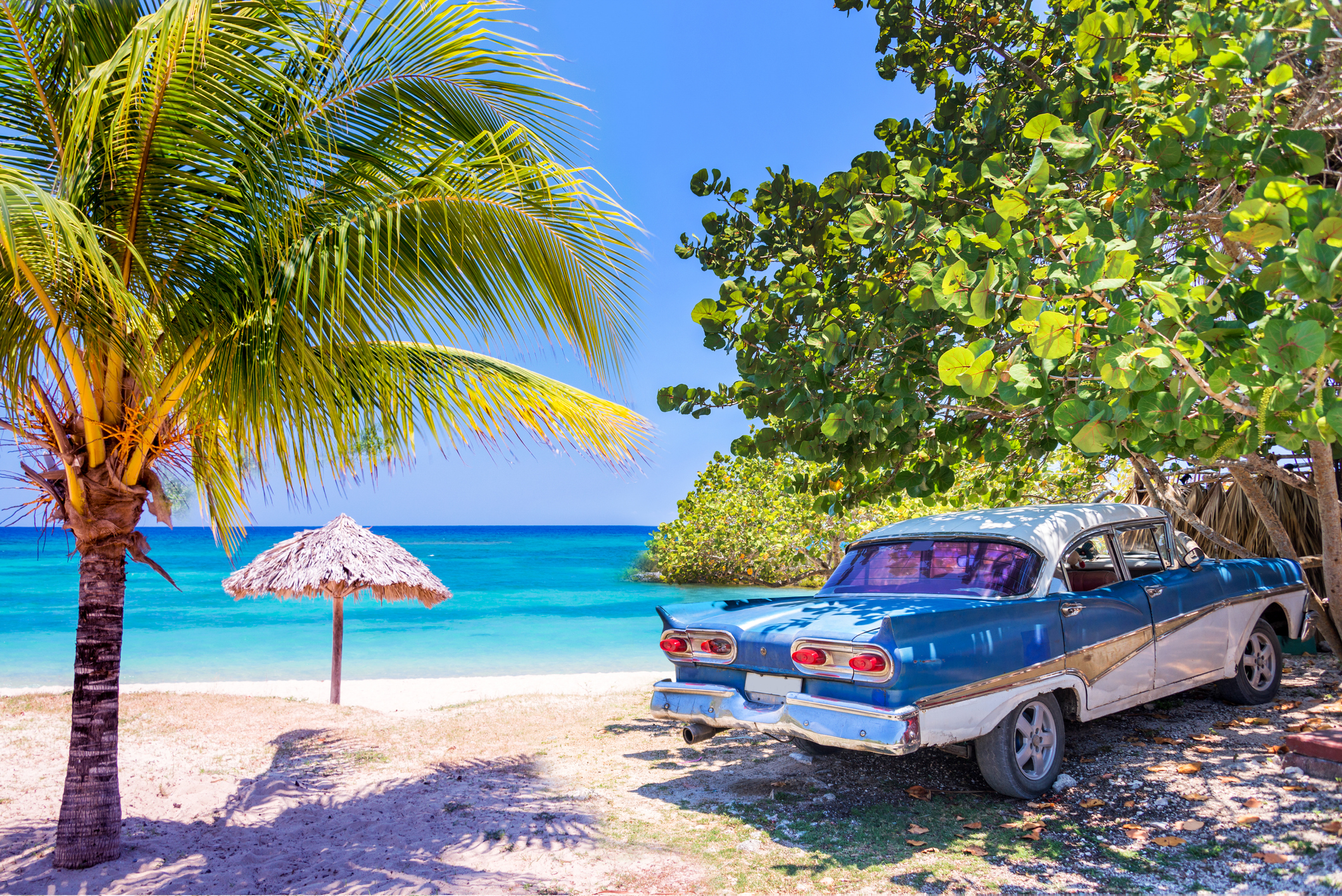 Two other forts have kept Havana safe over the centuries and standing to this day. Across the canal that leads into Havana Port are Castillo San Salvador de la Punta and Castillo de la Real Fuerza. Each castle is home to a museum, but La Real Fuerza’s Museo de Navegación is the more comprehensive of the two. One of its main attractions is a four-metre-long scale model of the Santísima Trinidad, a Spanish ship of the line that saw action in several historic naval battles.

On the seaward side of La Real Fuerza is Plaza de Armas, Havana’s oldest and most famous square. Join the crowds enjoying the ocean breeze in the plaza’s shady gardens, or take respite in the cozy cafés and restaurants around. You can also take a break from the tropical heat by poking around Museo de la Ciudad. Taking up the entire west wing of the opulent Palacio de los Capitanes, the museum houses artifacts from centuries past, including clothing, furniture, and horse carriages. There are also photos that depict important events in Cuba’s turbulent history, such as the sinking of the USS Maine during the Spanish-American War.

For more on Cuban history, visit Museo de la Revolución in the former Presidential Palace. Work your way from the ground floor up to learn all about the Cuban Revolution. As you ascend the palace’s central staircase, look out for the bullet holes made during an unsuccessful attempt to assassinate President Fulgencio Batista in 1957. Also not to be missed are the Despacho Presidencial, the very office where Fidel Castro was sworn in, and a replica of the yacht that took Castro and 81 comrades from Mexico to Cuba in November 1956.

Get a better grasp of Cuban culture at the Museo Nacional de Bellas Artes. Regarded as one of the finest art galleries in the Caribbean, it has an impressive collection of artworks by international and Cuban artists. Stop by and revel in Guillermo Collazo’s masterpieces, Raúl Martínez’s pop art, and Rafael Blanco’s paintings that reflect his background as a cartoonist.

Cuban folk art is prominently showcased in Fusterlandia, a surreal, elaborate, and one-of-a-kind work of public art in the neighborhood of Jaimanitas. What started out as an illegal art installation is now one of Cuba’s most cherished cultural landmarks. Almost every square inch of the barrio has been painstakingly decorated by the residents and José Fuster, the brains behind Fusterlandia. Inspired by Modernist art and architecture, Fuster convinced his neighbors to turn their somewhat seedy village into an “homage to Gaudí,” complete with intricate mosaics in vibrant colors and serpentine rooflines, walkways, and fences.

Taking a page from Fuster, artist Salvador Gonzáles Escalona made Callejon de Hamel in the neighborhood of Vedado a haven for Afro-Cuban culture. Over the last 30 years, Salvador and local artists have decorated this two-block alley and adjacent streets with murals, sculptures, and other pieces that celebrate Cuba’s African roots. Take a look around, shop for paintings and objets d’art, and join the rumba dancing up and down Hamel.

Havana is just as busy in the nighttime as it is during the day. There’s plenty to do and see, starting with the Malécon. This winding seaside avenue stretches more than eight kilometres across the city’s main neighborhoods, and it’s where locals gather in the twilight hours for a cold beer or a cocktail from a nearby bar. Sit on the seawall or take a stroll down the esplanade (it’s perfectly legal to drink on the streets in Cuba, by the way) and savor your beverage while watching the sunset — take pictures, because it’s bound to be spectacular, with the El Morro lighthouse providing the perfect backdrop for selfies.

Get a refill and grab some dinner in one of the many restaurants along and around the Malécon. Several decades ago, diners had no other options for eating out but state-run restaurants. But today, the local culinary scene is alive and kicking, no longer shackled by restrictions imposed on it by the government. You can easily get a taste of Cuban cuisine — a medley of dishes with Spanish, African, Caribbean, and French influences — from ventanitas, cafeterías, and five-star restaurants, some of which welcome hungry guests until the wee hours.

You can’t go to Havana and not try rabo encenido (oxtail stew), costillas and costillitas (pork ribs and baby back ribs, respectively), and quimbobó (a garlicky okra stew). You’ll find Moros y Cristianos in any restaurant in the country; this simple yet hearty dish of black beans and rice is a meal on its own, but it can be served as a side to other viands, like ropa vieja (crispy shredded flank steak) or vaca frita (braised skirt steak). Make sure to save room for dessert, which can be anything from cinnamon-infused flan to fruit- or cream cheese-stuffed pastelitos.

All that food will give you just the right amount of energy and then some to dance the night away. Sway your hips to salsa music performed nightly by some of Cuba’s hottest bands at the famed Casa de la Música de Miramar or Salón Rosado de la Tropical Benny Moré. Or spin on over to El Salón Chévere and dance with locals and tourists under the stars. Cap the night off with a cigar and some rum (the finest in the world), and maybe a pan con croqueta (ham and cheese croquette sandwich) or two.

Havana is on the verge of change, but the city is in no way throwing away the traditions that make it inherently charming and intriguing. Celebrate the old and the new in Havana with our tribe of travellers on the first-ever Wheel & Anchor Weekends this November. Sign up today.