Why Austria Went To War Over A Chocolate Cake

This is like no bakery I’ve ever been in. The tables are polished stone, there are tiny chandeliers hanging from the ceiling, the walls are covered with the kind of wood panelling you normally associate with 5-star hotels or Bond villain hideouts - and from here, I can see the dessert counter. It’s approximately five miles long, and it features more types of cake than I ever knew existed.

“Oh, they’re just showing off,” says my friend, a travel writer with a deep knowledge of these things. “If you feel like royalty right now, well, that’s the whole point.”

I’m in the Zauner, one of Austria’s regal bakeries (more on that title shortly) - and if you take a tour like this one, you quickly learn that Austrians take cake very, very seriously indeed. 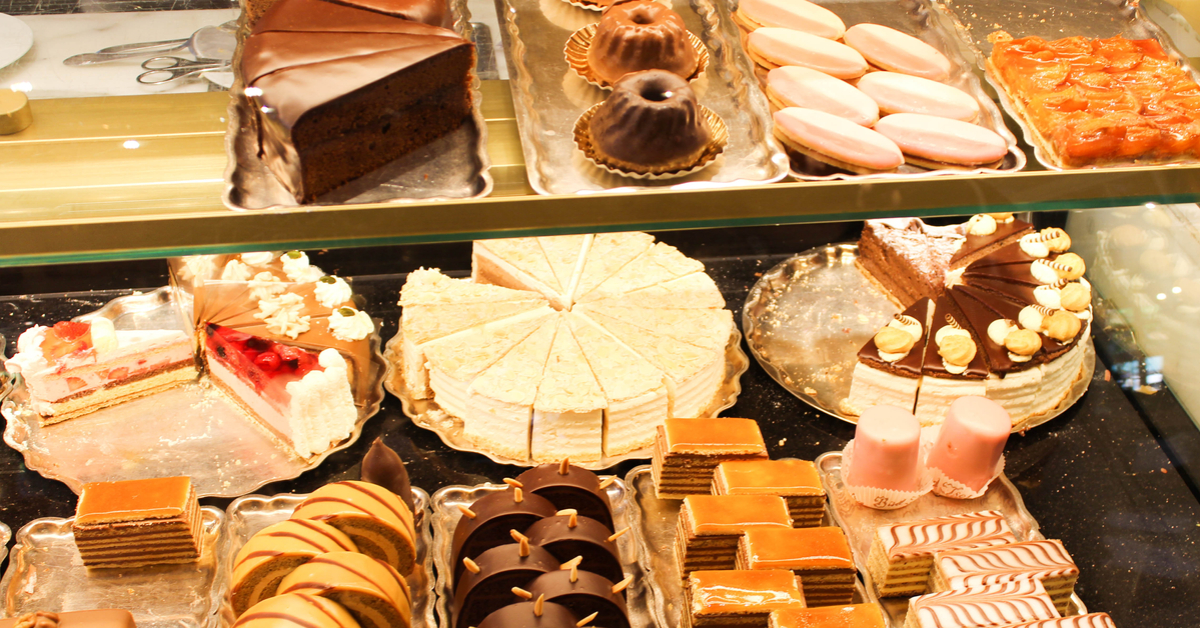 Famous cakes and other desserts in Austria

Take the one that’s in front of me right now, chosen for me by my friend. It’s the most famous of this country’s desserts, and its backstory nicely illustrates how obsessive Austrians get when it comes to all things sugary. It’s covered in chocolate (of course), and the middle is a rich chocolate sponge, a little heavier than the British varieties I’m used to, but landing short of stodgy. There’s something else too, a citrussy tang like the middle of a lemon cake, but not tasting of lemon, but something a bit more…

“Apricot jam,” says my friend. “It’s apricot. And without it, it’s a cheap knock-off that doesn’t deserve the name.”

This all goes back to 1832, when a young trainee called Franz Sacher was working in the kitchens of the Austrian diplomat Prince Wenzel von Metternich. An order came down from above: some Very Important People would be arriving soon, and a unique dessert needed to be created to celebrate the occasion. Unfortunately the head chef was ill, and Sacher had temporarily had to step into the role - so this responsibility was suddenly his alone.

His answer was a sponge cake covered in chocolate - and according to the legend, when asked what it was called, he realised he hadn’t decided, and blurted out his own name as a place-filler. That’s apparently how Sachetorte, Austria’s most famous cake, got its start in the world. 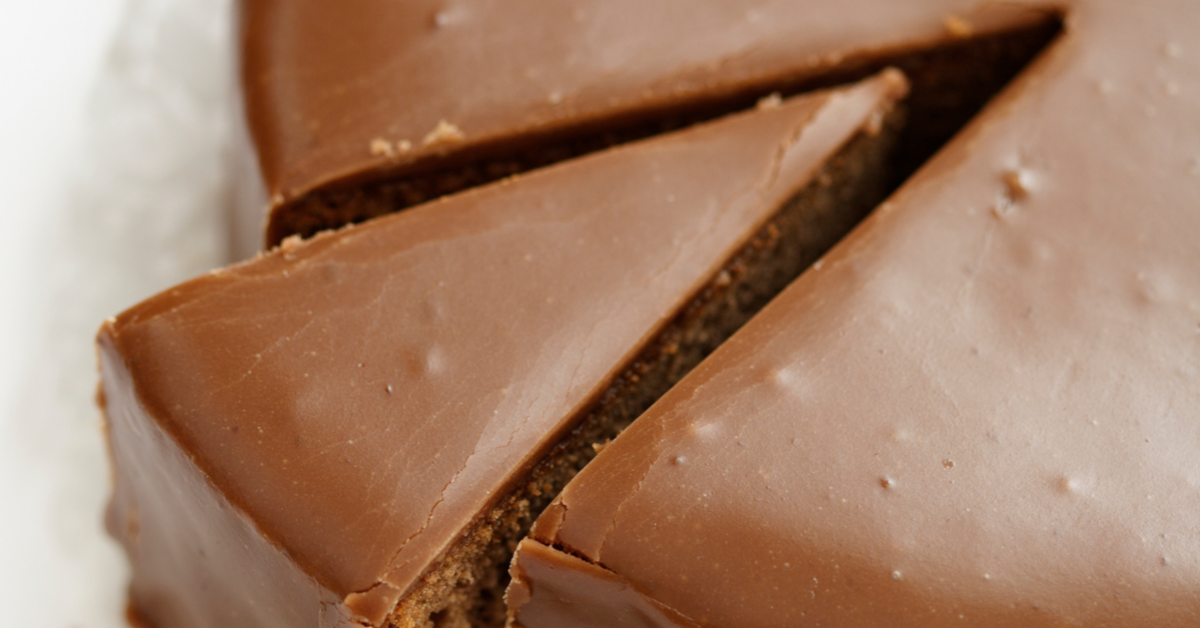 However, its national success took a while to arrive. Franz was a confectioner, not a businessman - and it would fall to his son, Eduard, to recognise the recipe’s potential. He kept working it, turned it into a signature dessert at the Demel chocolaterie he worked at in Vienna, and eventually took the Sachertorte with him when he founded the Hotel Sacher in 1876.

So, it’s time to think like an enterprising Austrian. If it’s a piece of culinary work completed in your kitchen by your head pastry chef, does that give you the right to unofficially trademark it?

In 1954, the new owners of Hotel Sacher decided it absolutely didn’t, and sued Demel for using “The Original Sacher Torte” to describe their particular offering.  The resulting 7-year court case was bitter, obsessive, and to non-Austrians maybe a little absurd: arguments raged over the types and amounts of jam used, whether using margarine or butter was authentic or not, and a local author was called in to testify, to give expert witness to the changes in recipes in both types of cake during the time he had frequented both establishments.

(If all this seems a little ludicrous, you’re missing the big picture. Across modern-day Austria, around 360,000 Sachertorten are manufactured every year - and around two-thirds are exported beyond its borders, generating a staggering amount of money along the way. Even sixty years ago, this cake was really big business, and from a financial perspective it was well worth going to court over.)

In 1963, a settlement was reached. Hotel Sacher got to describe its Sachertorte as “The Original”, and Demel was allowed to brand its cakes with a label reading “Eduard-Sacher-Torte”. As for what made them distinctly different in terms of ingredients and preparation, that was left to customers to decide - both recipes are currently locked away in a safe place (although it’s generally agreed there’s more apricot jam used in the Hotel’s version). 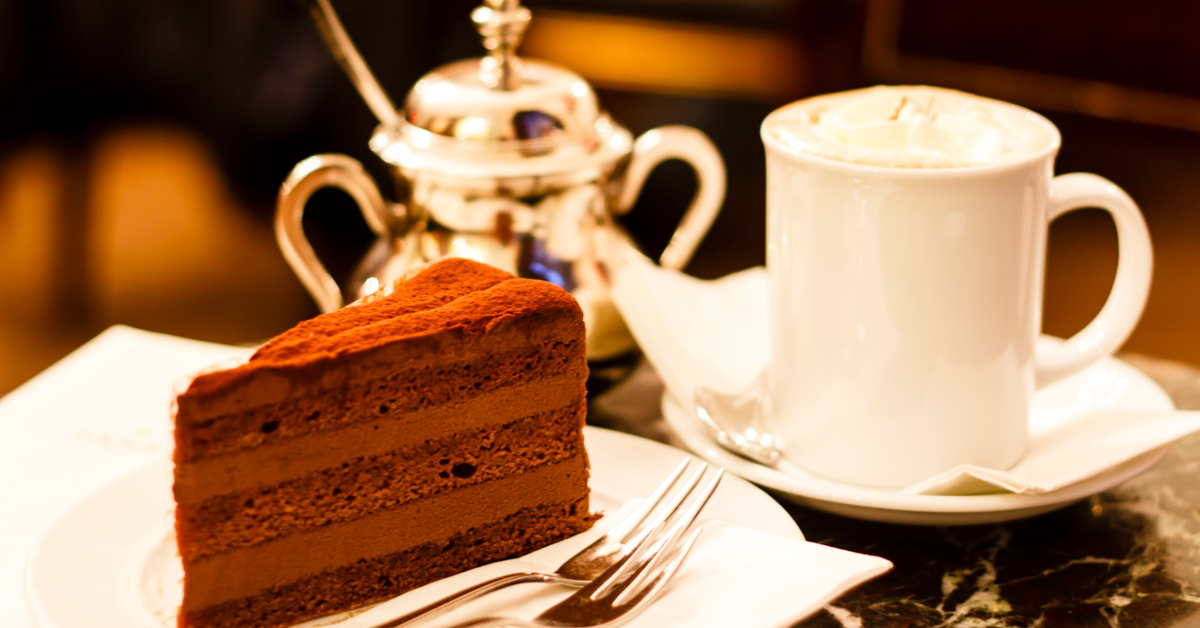 No matter where you go, it’s a spectacular cake. The one I’m eating is the Bad Ischel variety (a spa town east of Salzburg), and specifically the Zauner bakery’s take on it. I have no idea how it differs from the Viennese varieties, but I’m told it does. Well, whatever. I’m perfectly happy in my ignorance right now. Good cake is good cake.

Every region of Austria has its signature cake, partly thanks to the influence of royalty. At one time, every bakery sought to become the recipient of a Royal Warrant Of Appointment, a place officially good enough to serve dessert to a king or queen (with all the brand-marketing benefits that such a title would bring).

Confectionary chefs went into overdrive, each seeking an innovative recipe that would make them worthy of royal attention - and now it’s difficult for foreign companies to compete. (In 2016, the Austrian branch of Dunkin Donuts filed for insolvency, citing “markedly weaker sales than expected”, thanks to the dominance of established brands.)

Every region has its own special dessert. If you’re in Upper Austria, expect heavy emphasis on Griesknoedel (friend semolina dumplings), Austrian doughnuts (most popular at festivals) and other less “fancy” fare - while Lower Austria, and in particular Vienna, is where more frills get added, alongside delicious oddities like Pafese, battered plum sandwiches.

But really, forget regional divisions. The only way to explore Austria’s dessert scene is to go town by town and city by city - as evidenced by Linzertorte, which is best eaten in Linz in the same way Guinness is best understood if you buy a pint on tap in Dublin.

For me right now, the slice of Sachertorte was enough, but my friend’s not having it. That’s not the cake we’re here to see, apparently - because in the ultimate sign of loving obsessiveness, Austria actually went and made a cake made of broken-up cake, and that’s what she wants me to try.

It’s called Punschkrapfen, and making it is relatively simple. You crumble some dried cake into a pile, add a dollop of nougat chocolate, dribble in a little rum, add another layer of crumbs and cover the whole thing in rum-flavoured pink icing.

It’s delicious, alarmingly rich, and is guaranteed to send you to sleep if you don’t immediately have a strong coffee, which is what I’m told to do as soon as I scrape my plate clean of icing. I order the coffee, then lay back groaning.

“So that’s Punschkrapfen. Amazing. Thanks.”

My friend shakes her head. “No. Absolutely not. I mean, this is pretty good Punschkrapfen, it’s not bad as such - but it’s not the real one, okay? But don’t worry. I know the place. We’ll go there soon. Trust me.”

And that’s how you eat cake in Austria. You’ll never, ever arrive at the perfect place to do it - but oh, what a journey you’ll have along the way.