A Well-Spun Yarn: Why Scottish Tartan Isn’t As Old As You Think

I’m in a shop in Edinburgh, it’s the first time I’m seeing my Scottish family’s tartan (the Maclennans, on my mother’s side) - and it’s not going the way I expected.

I’d imagined something evoking heather, trees, the soft pastel colours of the highlands on a soft, drizzly afternoon. Instead, I’m looking at something primarily the colour of Facebook: a light blue, the colour of a cloudless day above Barcelona, the blue of Caribbean waters...

It looks wrong, somehow. Yes, of course Scotland has its fair share of sunny, cloudless days per year - more than the United States, in fact. Yes, a cruise around its coastline and through its islands will throw this shade of blue in your face pretty much every single day. But even so… 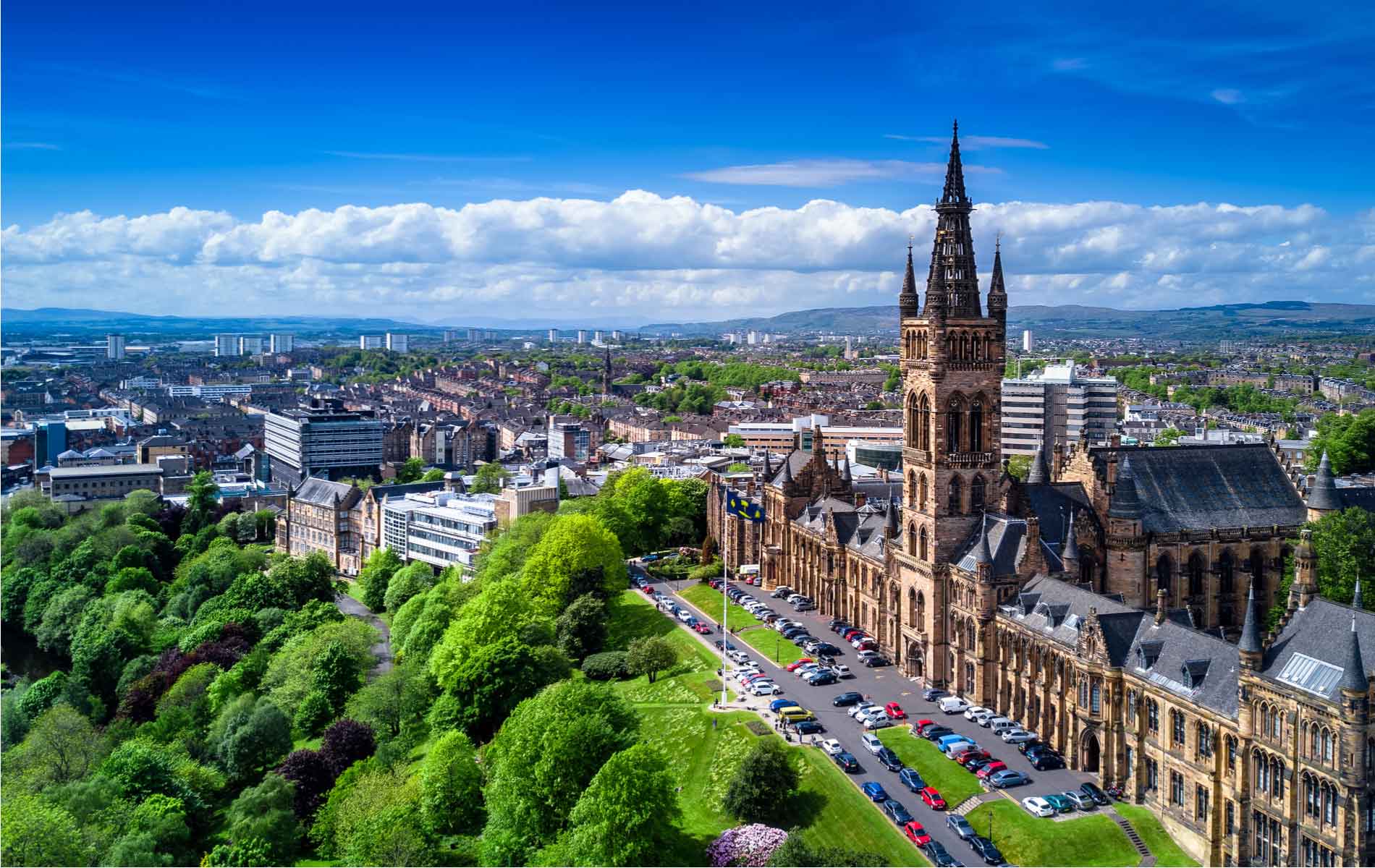 Glasgow, Scotland on a sunny day

“This is one of the ancient clan tartans, sir. Perhaps you’d like to look at the newer ones?”

Don’t be fooled by the word ancient when it’s used like this. Scottish clan tartans only go back a few centuries, even though tartan itself has been around a lot longer - and tying a particular sett (tartan pattern) to a specific social group was partly a marketing decision, making material easier to sell and trade. It’s not all about medieval tradition.

But maybe you saw Mel Gibson’s Braveheart, that epic saga of ancient times that the Scots now view with a mixture of gratitude and weary, resigned horror. It may have done wonders for Scottish tourism - but it probably did a lot for the whisky industry as well, as Scots despaired at the massive liberties being taken with historical accuracy. That fetching tartan getup that Mel Gibson’s William Wallace is wearing? It’s at least two centuries too early. Oops.

The correct term for that kind of full-body uniform is full plaid or great kilt - a piece of tartan-patterned cloth that hangs in artfully pleated folds from the waist, thrown over the shoulder and secured at the front, all made from the same single length of woven cloth. (The name, by the way, seems to be from the Gaelic phrase “to kilt”, to gird or gather up.) 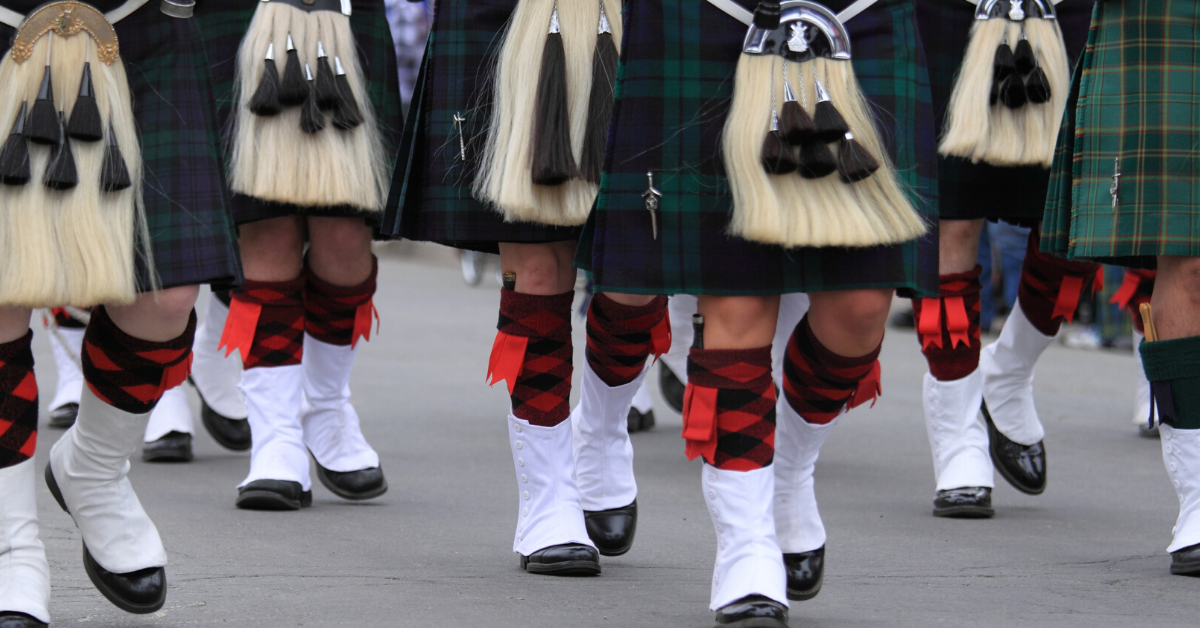 This earlier style of kilt, where the upper parts can be hauled up into a cloak, is what you’d wear for the most traditionalist gatherings.

But this isn’t what most people think of when they hear the word “kilt”. You can thank a 16th-Century Englishman for that - a Quaker from Lancashire called Thomas Rawlinson. He designed a smaller, lighter version, skipping the upper-body part in favour of a pre-pleated wrap garment for the lower body. When an influential Scottsh friend, the chief of the MacDonnells of Inverness, introduced it to his clan sometime around 1720, it quickly caught on.

Yeah, but what if your kilt is blue?

“Oh, there are some other Maclennan tartans available, sir, don’t worry.”

There are indeed, and they’re blue as well - except the modern versions use a darker midnight blue, crisscrossed with stripes of orangey pink. These lines are always horizontal and vertical, never diagonal - and if you look close, you can see they’re formed of a tight, diagonally-woven pattern in the wool (called the twill line).

Kilt cloth is generally thick and fairly heavy, even in its lightest form. Anything under a kilogram is generally labelled a “party kilt”, while the heavy kilts can be a couple of kilos or more (and that’s for Rawlinson-style kilts, let alone the full-body version). And these kilts feel solid. The prospect of having the breeze howl uninterrupted across your nether regions may feel an alarming prospect, but only a gale would lift the pleats of a heavy kilt.

The other thing to remember about kilts is their military origins - which is where the “kilts are just the Scottish version of tailored suits” comparison breaks down completely. (After all, you don’t have English soldiers running into battle wearing a top hat and tails.)

This isn’t unusual, mind. Scotland has plenty of things that defy easy analogy. Take bagpipes, for example, those endlessly evocative musical instruments that create the sonic equivalent of Vegemite, a sound you either love or hate. Same thing as a piper in a band anywhere else in the world? Not quite. Until 1996, a bagpipe was officially designated a weapon - not just for the fear its unearthly wailing could evoke in the enemy, but as a physical weapon in itself. 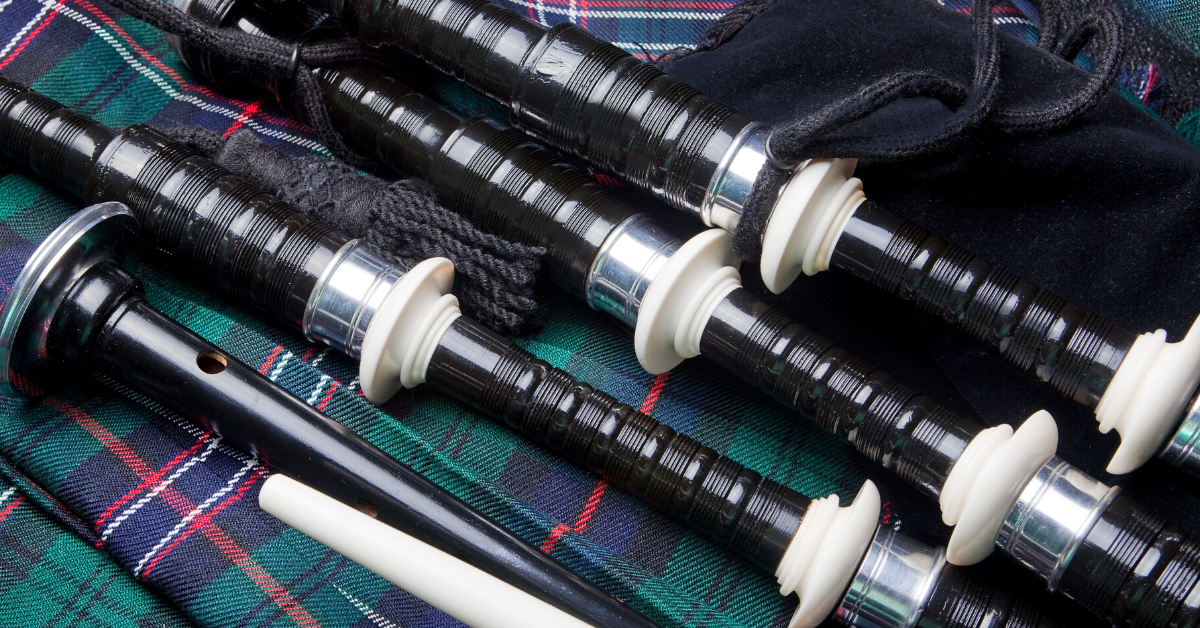 Bagpipes on a traditional Scottish kilt

This dates back to the Battle of Culloden in 1746, where British troops massacred Jacobite rebels (and the women and children that accompanied them) on a moor outside Inverness. During the British government’s subsequent crackdown, captured bagpiper James Reid was told that since a highland regiment never marched to war without bagpipes at its head, his pipes were weapons, he was a soldier, not a musician, and therefore guilty of treason. He was quickly sentenced to death.

This odd definition lasted until 1996, when a rogue English bagpiper was arrested for making a disturbance on London’s Hampstead Heath. He bizarrely tried to claim he wasn’t playing with a musical instrument in an area of the park where it wasn’t permitted (punishable by a fine) but in fact practicing with a weapon (which was punishable with a prison sentence). The eventual ruling: bagpipes were primarily musical instruments - and the piper could be slapped with a £100 fine.

Kilts, too, were associated with rebellion. Following Culloden, the British government’s Dress Act of 1746 officially banned kilt-wearing in public - although the wealthy and influential seem to have ignored it until its repeal in 1782.

Wear a kilt, and you can feel the same wisdom of fighting in one as ancient Greek warriors must have felt about togas. Your legs are free to whirl at any speed you wish, and they aren’t cold if you’re wearing the classic hose (long woollen socks). You can stick small items in your sporran - a front-hanging purse - and if you’re going for the full garb, you’ll have your sgian-dubh (“black knife”) tucked into the top of a sock. Now you’re ready for anything - if you can pick the right tartan, of course. 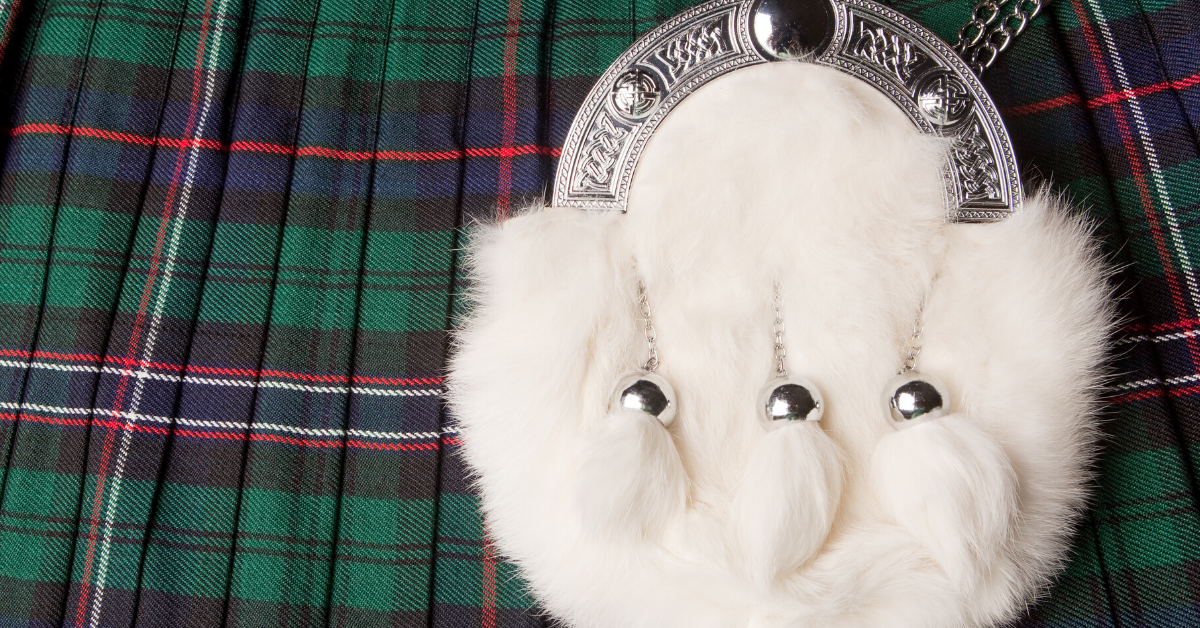 I’m not buying a kilt today, but it feels important to choose. Which of these seven patterns am I going to go for? Which would be the one I’d get married in? Which can I embrace as mine? (It wouldn’t be mine really, I’m only half a Scot by birth, and my ingrained identity as an English Yorkshireman is obvious the second I open my mouth.)

But everyone should find out if they have a tartan. Even the King of Rock & Roll has one: “Presley of Memphis.” Yes, really. It’s officially recognised on both sides of the Atlantic, after his ancestors were traced to the northwest coast of Scotland.

So this may feel like a bit of cultural appropriation on my part, but in the same way that Scotland has generously welcomed the spread of kilts to all lands and all subcultures - Welsh, French, Canadian, British Army, hipster, you name it - maybe we’re allowed to claim (or more accurately be claimed by) a tartan of our own.

It might not be as ancient as you think, it might take a while for you to find - but it could be something to feel very proud of.

If you can get used to the colour, of course.