“Look. We’ve got bananas in our garden!”

I point, and M. looks up the garden. A tree from next door, a years-derelict property with an overgrown jungle of a back garden, has collapsed against the concrete wall lining our rental property. Like many homes in Costa Rica’s San Jose, our place is protected with bars on the windows and razor-wire on the tops of the walls - a callback to when things were a lot less safe than they are today.

The toppled tree’s fruit is hanging over that razor-wire, dozens of bunches of it just within reach if I’m careful enough. 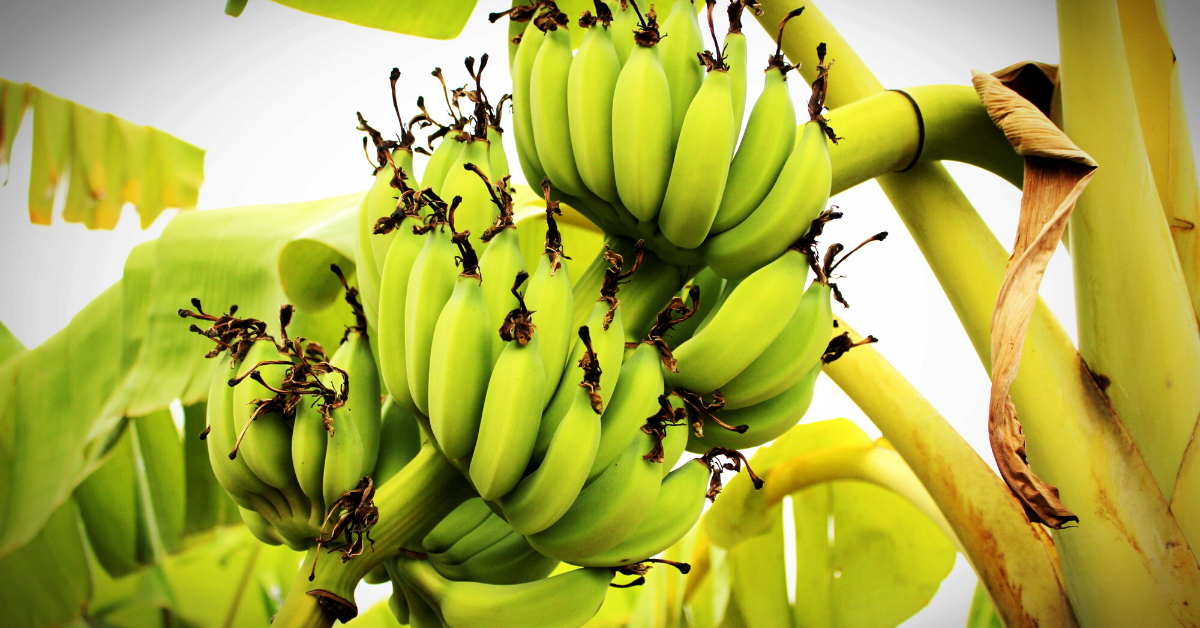 Nearly ripe plantains on a tree

“Oh, those aren’t bananas. I mean, they are bananas, but not the way you think.”

I grab a ladder and a serrated bread-knife, and clamber up the wall. I have to slip my hand past the wire, and occasionally through it, moving slowly and carefully, super-aware of how close the wire is to my skin. One hand saws at the woody stem connecting each bunch to the tree, the other catches the fruit as they fall in clusters in five or ten. I toss each bunch down to M. as I free it.

She rapidly fills one bowl, two, three. We must have more than a hundred now.

There are still more, and they’re almost in reach, if I just extend my arm through the blades of twisted metal a little further…? But no. This is daft. We have more than enough (if these were bananas, there’d be no way we’d eat them all before they went black) - and I’ve taken enough risks.

Putting the ladder away again, I ask, “So what are these, and what do we actually do with them?”

She gives me a look. “We had them for breakfast, Mike.”

“Oh. They’re plantain? But - that was yellow and huge when we chopped it up. And these are small and green!”

If you’re from a northern climate, plantains may confuse your brain. You’ve been trained by a lifetime of exposure to bananas that if it’s green and tough, it’s not ripe yet, and therefore inedible. But plantain, staple food of much of the world’s equatorial regions, doesn’t work like that. If it’s green, well, that might mean nothing. If you take a bite and it’s like sinking your teeth into balsa wood, that could mean nothing as well. It defies common sense.

The reason it’s so tough is the starch. What you know as a “banana” has a lot of fruit sugar and very little starch, making it squishy and sweet when ripe. The broad category of fruit that get labelled “plantain” (botanically identical to bananas, just different in physical form) have a lot less sugar and a lot more starch. The starch firms the flesh up, even when the fruit is ripe.

In general, if you can peel it and eat it, it’s a banana. If you have to cook it before eating it, it’s a plantain (hence the equally broad term “cooking banana”). 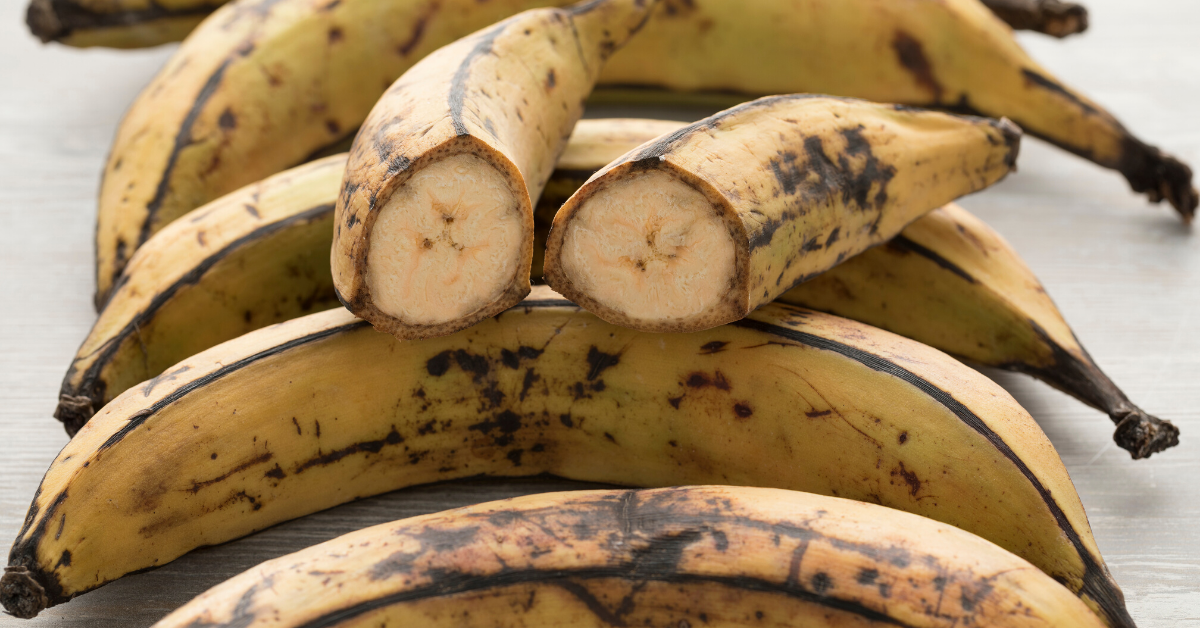 In Northern Europe and a lot of North America, you’ll usually find them in the “world foods” section - something a bit different in your diet. But if you’re visiting Havana, it’ll be there. If you’re coming with us to Panama in March next year, you’ll be eating plantain. If you spend any time in Costa Rica or Nicaragua or Mexico or pretty much anywhere in Central America and the Caribbean, you’ll be eating plantain. You’ll eat it in Africa, too, and some parts of Asia - but it’s Latin America where it’ll dominate the menu.

No, really. That’s a given. It’ll be there at breakfast, it’ll be there at lunch and it might feature on your dinner-plate as well. It’s the 10th most important staple in the world - and right now, I have no idea what to do with it.

Luckily, M. does. She’s Costa Rican, so of course she does - but she knows someone with even more skill. Balancing bowl atop bowl, we stagger through the house and across the front garden, to where M.’s grandmother lives. Her maid, Lucy, is Nicaraguan, and capable of cooking the most incredible things seemingly from the most humble of ingredients.

We explain the situation. Lucy grins, makes a “shoo” gesture with her hands and tells us to come back in a few hours.

Plantain’s popularity isn’t a mystery. Not only will it grow all year round - perhaps the perfect trait for a staple crop - but it’s also packed with more vitamins, minerals and fiber than its equivalent weight in white rice. Its main fiber is resistant starch, which gets its name because it slows the rate you digest the food that contains it. This helps with insulin sensitivity, lowering blood sugar levels, reducing appetite and all the other benefits of a high-fiber diet.

The latter method creates something called tostones - except in much of western Central America, where the name is platano frito or patacón (paht-ah-cone). It’s a twice-fried patty of squashed plantain that is absolutely delicious when served alongside scrambled egg and toast - a stronger, more savoury flavour than you’d expect from a banana. 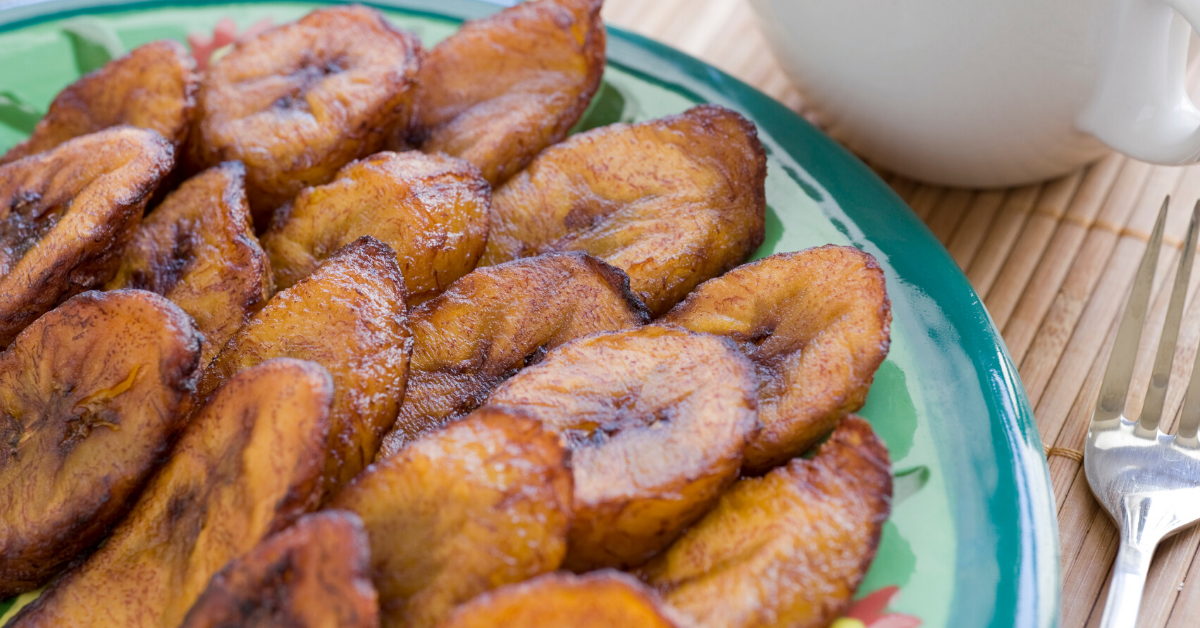 Patacónes are popular in Costa Rica - but their love of them is put to shame by Panamanians, who as of this year are the world record holders for the biggest patacón ever fried: 1,200 plantains and 300 gallons of oil making a patty 11.2 feet wide, weighing 245 pounds.

The other way I know is the simpler way: you make the equivalent of potato chips (or crisps, as we call them in the UK). Plantain chips are one of the world’s most popular snack foods - which has largely escaped the notice of certain parts of the world. When the British website Health Food gave an award for most innovative health snack to a new brand of plantain chips, the internet was quick to cry foul on grounds of cultural appropriation.

Today, though, Lucy is making neither of those things. She’s chopped all the green plantains into a pan (you can’t peel them, you have to pare the skin off with a knife), thrown in some diced chicken and vegetables and some kind of stewing sauce from a recipe she’s keeping to herself - and after an hour of heating and simmering, she dishes up the results.

Plantain, I now discover, also works as a kind of substitute for potato (which makes perfect sense, considering they’re both starchy vegetables). The stew is absolutely delicious, with an underlying base of sweetness to it. Can we…? Yes, there’s far too much, we’re told, so we grab some bags to put a few portions in our freezer. This should easily keep us going for the rest of the week.

That’s the magic of a plantain. It may look unripe and inedible to your untutored eye, it may feel as unappetizing as a leather boot when you dig at it with your thumbnail, but in the right hands, it’s a whole menu unto itself. Not just a banana, indeed.